Lions Steve showing the T-Signs that are available for $100 at our 23rd annual golf tournament coming up on Friday, August 17th 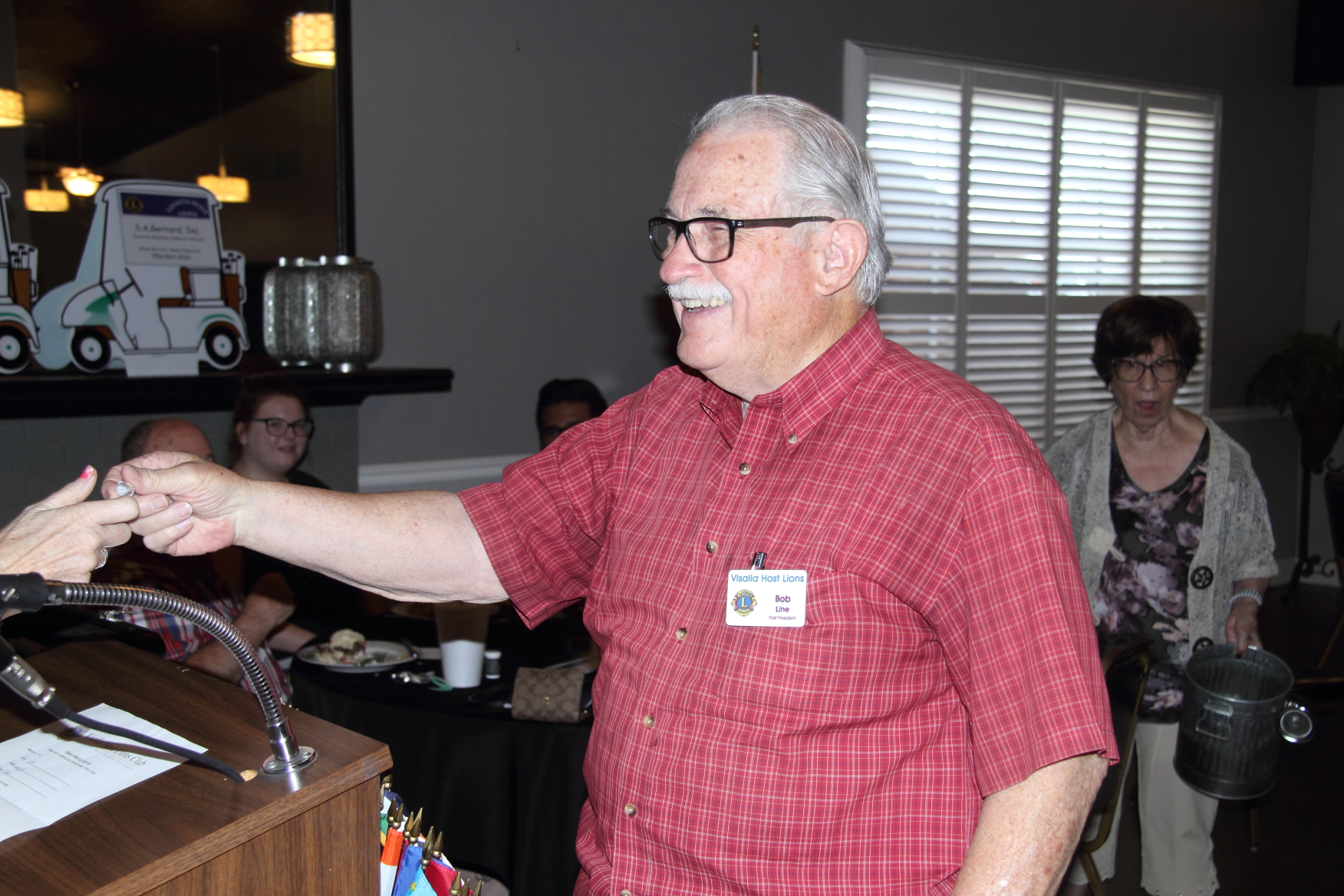 Lions Bob draws for the white marble and comes up empty. 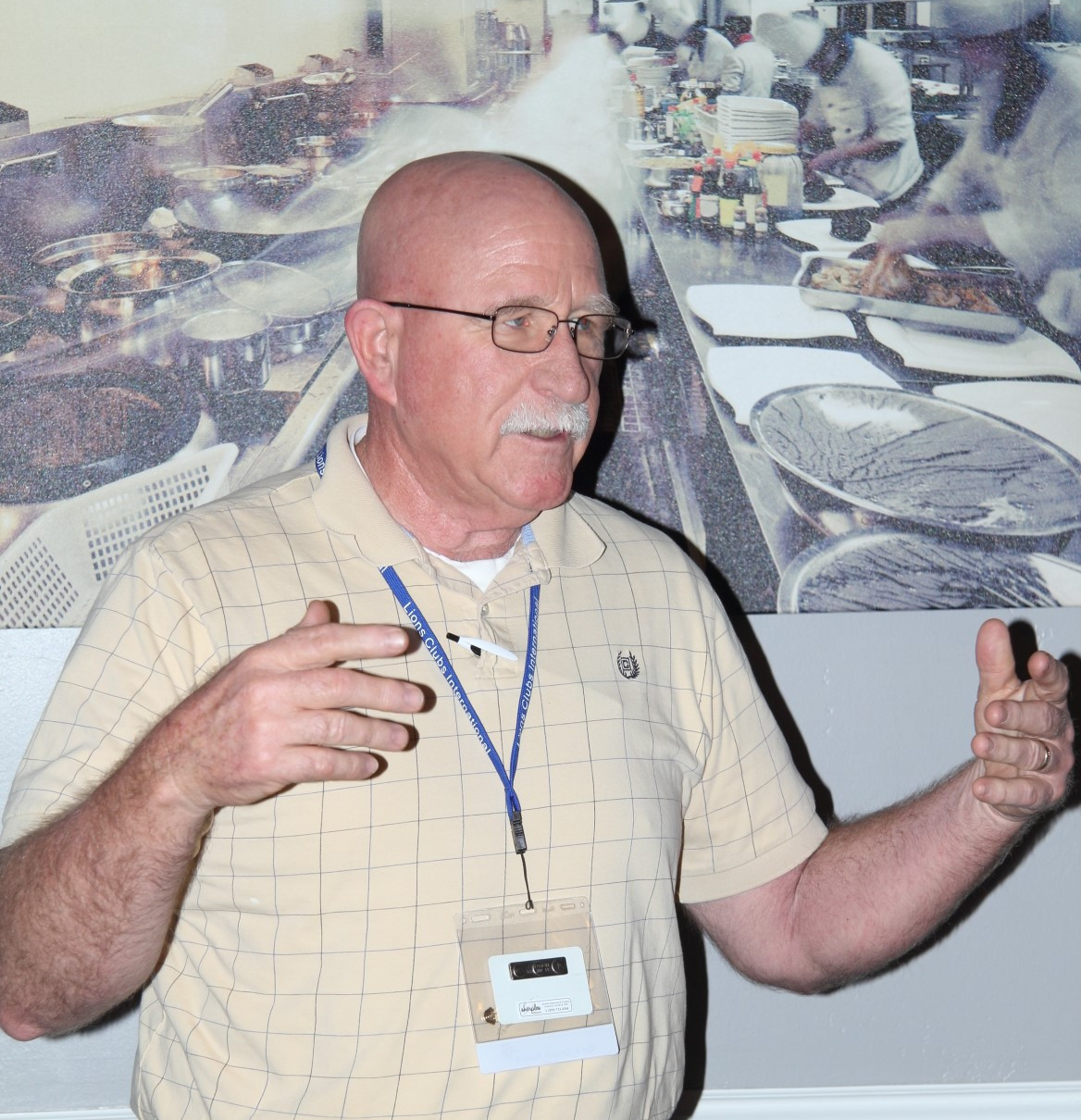 Lion Brad was $5 happy for a new grandchild in the family.

Lion President Karen lead today’s meeting and asked Lion Pat to lead us in song, Lion Leigh to do the flag salute and Lion Bob Line to say the invocation.

Head greater Lion Melinda announced our guests today were Alfred and Christian from CASA, who were also our speakers today.

Lion Melinda also announced that the golf committee had met on Wednesday night at Buckman Mitchell Insurance (thanks to BMI for allowing us to use the room again) and that things are moving along nicely for the August 17th fundraiser. We have one sponsor, The Equity Group and we will soon have our sign-up forms. By the way, we now have an online sign-up form on our website. You can sing up to play and pay all online.

Melinda also reminded us that, like the Murder Mystery Dinner, we would like to have each club member contribute $25, either in cash, a gift card or a raffle prize. Plus, we need help on the day of the tournament. Ether play or help was the moto.

Lion John Parker fined Lion Dee for the joke he had told at the installation dinner.

Lion Leigh won the no fine badge and was spared coughing up more money for any fines that may have been levied against him.
$5 drawing was won by Lion Pat who generously donated it to the Leo Club, Lion Dee thanked him.
The Lotto tickets were won by Lion Vicki. (10% to the club)
Lion Bob Line won the marble drawing but was not lucky in drawing the white marble.

Alfrado and Christin from Casa were here today to talk about the need for eyeglasses for kids. Foster kids move from home to home and often do so in a hurry. They often loose or break there glasses and medical only pays for glasses for these kids every to years. The club ended up brainstorming ideas with the two of them at the end of their program. 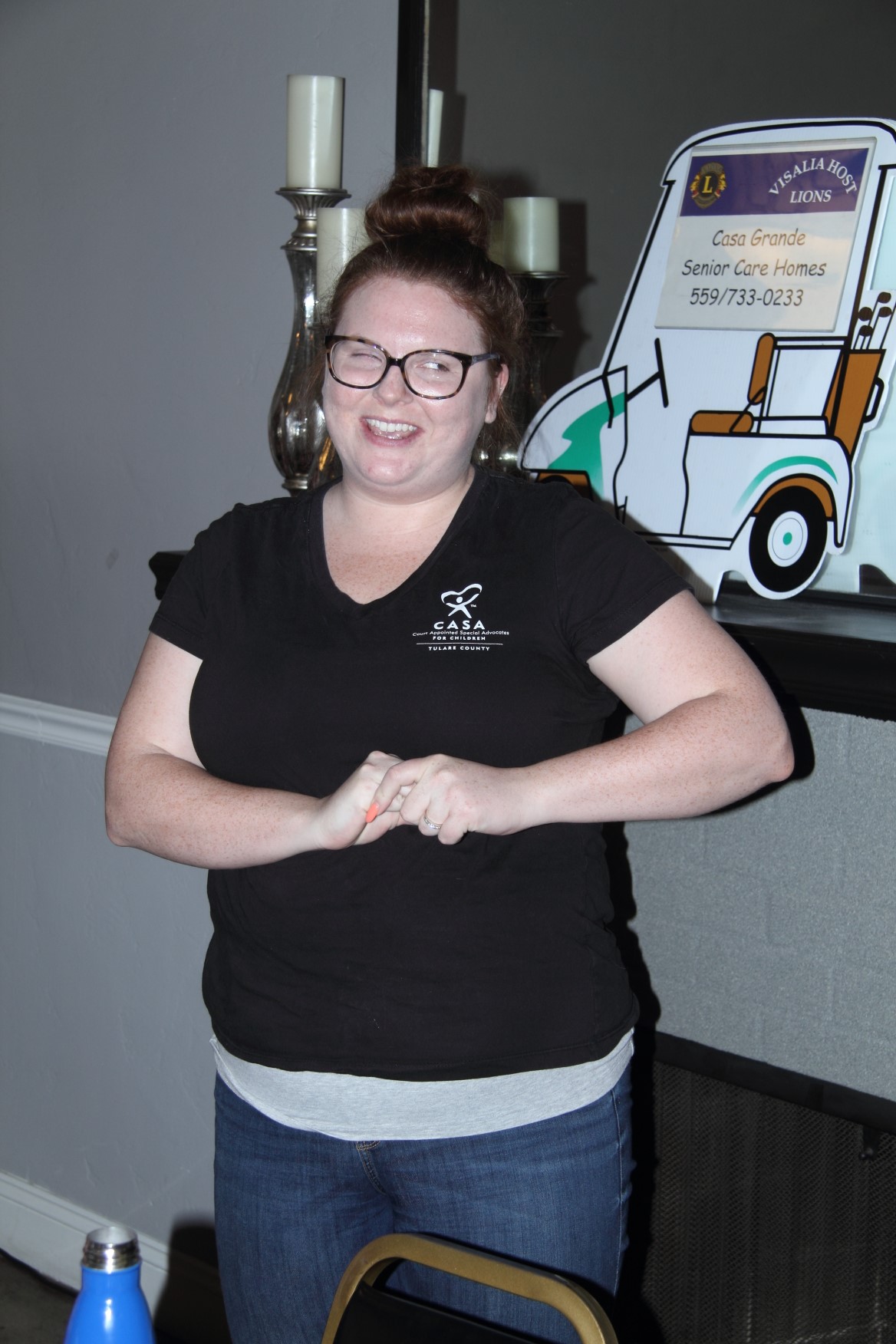 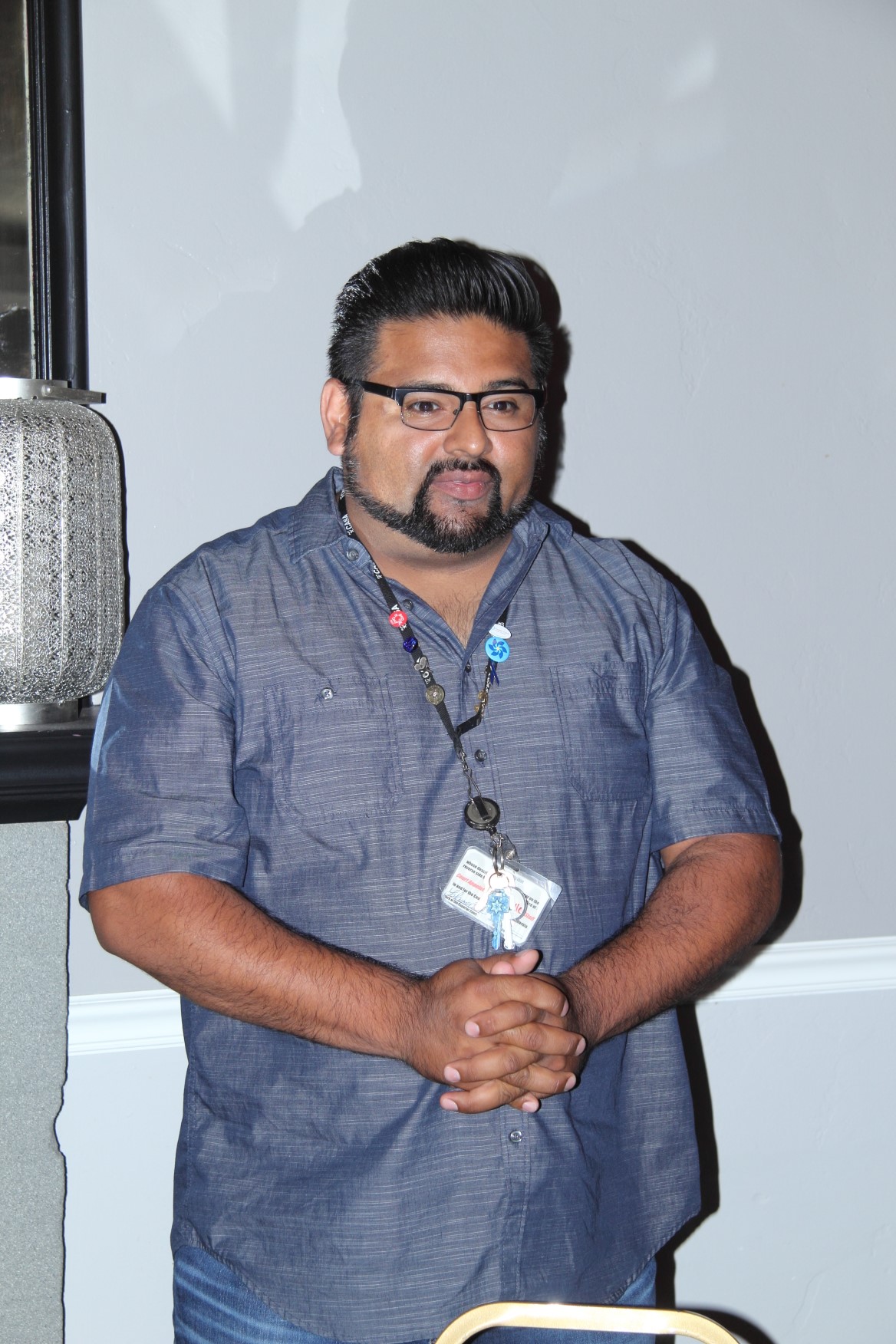