Officer Jason McWilliams of the Visalia Police Department was a guest at the meeting.

Murder Mystery Committee Chair Lauri Aguilar shared that 120 tickets had been sold for the dinner.  She encouraged Lions to get the word out to friends and contacts who might be interested in attending.  She also reminded Lions to bring donations for the Murder Mystery Dinner. Club Members are asked to donate two $25 gift cards (contact Melinda Blankenship) and three bottles of wine (contact Aaron or Betty Odell). Gift baskets will also be accepted for raffle prizes at the Dinner.

President Ruth announced that there will be a visitation to the Visalia Pride Lions Club at 6 PM on March 2nd at St Paul’s Church.

Lion Allen Ventling reminded Lions that the Young Life Dinner is next Friday.

Lion Leigh Mosconi auctioned off some candy covered pretzels from his recent trip to Pismo Beach.  Chocolate lover Melinda Blankenship bought the snacks for a donation of ten dollars.

Lion Pat Harrison was happy about the afghans Lion Melinda has been making for him.  He has been giving them to his mother’s caretakers and donated eight happy bucks.

Lion Craig Wheaton was happy to have visited with his daughter last week.  He also had a great Valentines Day.

Lion Vicki Whitehouse’s husband was in Reno at a trap shooting competition.  She was also happy to see Officer McWilliams and Lion Lauri at Club.

President Ruth was happy it was Friday.

Lion Dee Baughman fined himself for the delay in delivering Girl Scout Cookies.  He also fined Lion Bob Line, who he accused of being a shill for the Quail Park Retirement Community.

Lion Vicki Whitehouse shared that it was awkward to see Lions Club members she knew while attending a Rotary function.

President Ruth fined Lion Tom Gaebe for allegedly running her into the wall in a rush to the lunch line.

Secret Greeter Vicki Whitehouse fined Lion Bob Line for not shaking her hand prior to the meeting as required.

Lion Karen McVaigh won the five-dollar raffle and donated the proceeds to the Lions Eye Foundation. Lion Brad Board won the free ad.  Bob Line won the Lotto tickets.  Bob Line also got a shot at the marble drawing, but failed to find the elusive white marble. 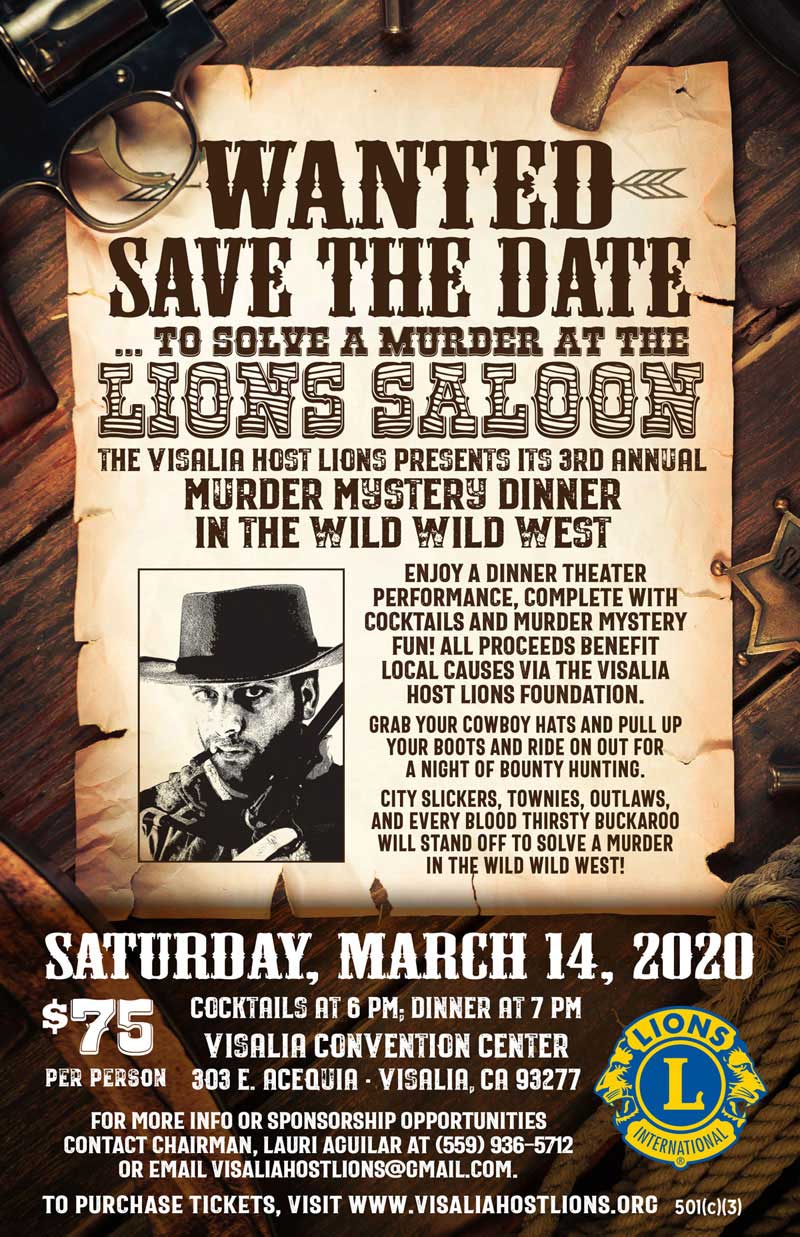 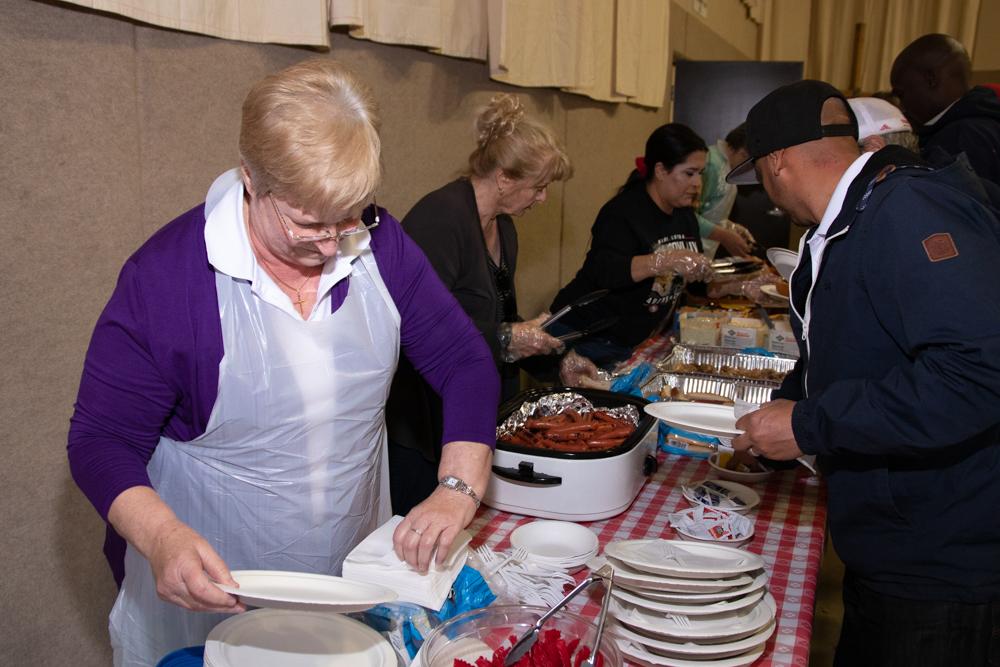 Check out all the photos from the Superbowl party here.

Lions sang the “Happy Birthday Song” to Lion Leigh Mosconi, who was born in February.

President Ruth announced that there will be a visitation to the Sequoia Lions Club on Tuesday February 18th.  The meeting will be at the Lamplighter Inn at noon.  Another visitation to the Visalia Pride Lions is being set up for later this month.

Lion Tom Link share that the Green Acres Little Theatre will be presenting “The Little Mermaid” on Thursday, Friday, Saturday and Sunday of next week.

President Ruth had a great time at the Charter Oak  Club visitation.

Lion Craig Wheaton will be on the review Board for Dublin Unified School District.

Lion Vicki is looking forward to the two-year anniversary of her husband’s heart surgery.  She and Lion Roy Dressel were also happy to see Gary Herbst at the meeting.

Lion Bob Line shared that his granddaughter Family Services Director Caity Meader will be featured in US News and World Report.

Kaweah Delta CEO Gary Herbst shared that the Hospital is currently very full with patients waiting for rooms due to a very nasty flu and respiratory virus season.  He provided an update on the facility projects, which include the emergency room expansion and the Development of a Master Plan to meet acute care earthquake standards by 2030. He also described the District’s beneficial partnerships with Cleveland Clinic on Cardiology, and the University of Southern California Medical School. 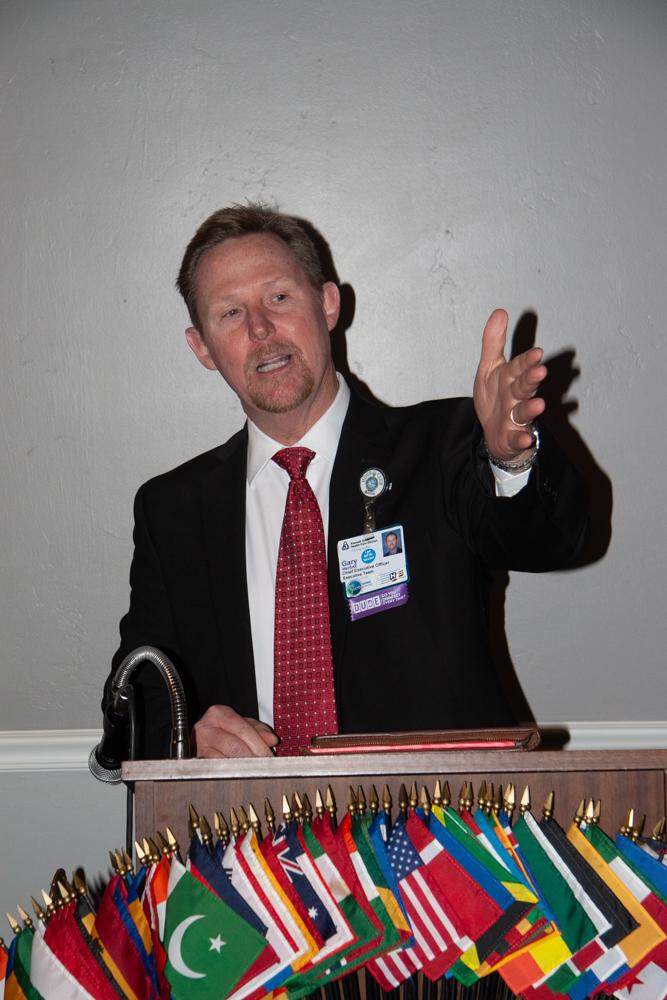 Kaweah Delta’s CEO Gary Herbst gives the club detail about the plans and goals of the hospital. 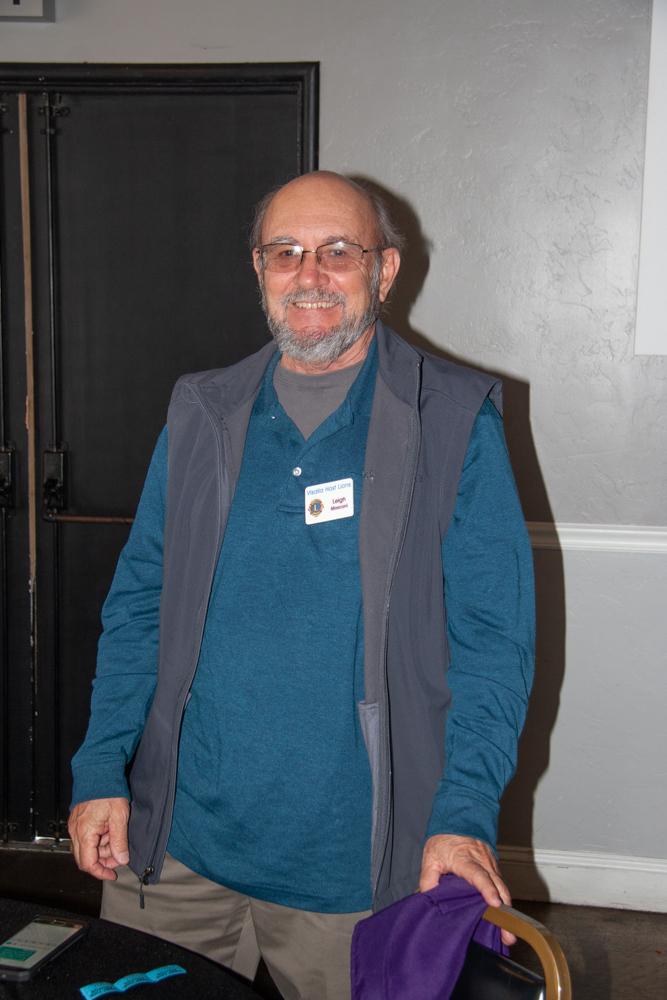 Lion Amy Shuklian of the Tulare County Board of Supervisors was a guest at the meeting.

Lauri Aguilar provided an update on the activities of the Murder Mystery Dinner Committee. Lion Vicki Whitehouse obtained a sponsorship from Central Valley Repair and Collision, and we now have $3,250 in sponsorships. The event will feature an original Wild West script. Club Members are asked to donate two $25 gift cards (contact Melinda Blankenship) and three bottles of wine (contact Aaron or Betty Odell) and gift baskets for raffle prizes at the Dinner.

Lion Allen Ventling shared that the fundraiser dinner for Young Life will be February 28th.

President Ruth announced that there will be a visitation to the Charter Oak Lions Club at 6PM on February 5th at the Lamp Lighter Inn.

Lion George Fry is looking forward to a Super Bowl win for the 49ers on Sunday.

Lion Dee Baughman enjoyed the Donuts and Dudes Party at his granddaughter’s charter school. Lion Dee also shared that a survey of veterans showed that they favored the Kansas City Chiefs to win the Super Bowl.

Lion Jeff Meader was happy to see Lion Amy at the meeting.

Lion Pete Sherwood was laughing at a politically inappropriate joke that was told at the back table by the winner of the no-fine badge, and shared that he was happy his wife was recovering well from emergency surgery last week.

Lion Melinda shared that she first met Lion Amy at Rehab, where they both worked.

Lion Tom Link shared that he and his brother Bob had worked with Lion Amy on several committees and councils over the years.

Lion Vicki also shared that her husband continues to do well and is playing golf (almost) every day.

Karen McVaigh won the five-dollar raffle and donated the proceeds to the Lions Eye Foundation.  Lion Janet McClintock won the free ad.  Steve Gerrard won the Lotto tickets and a shot at the marble drawing, but failed to find the elusive white marble.