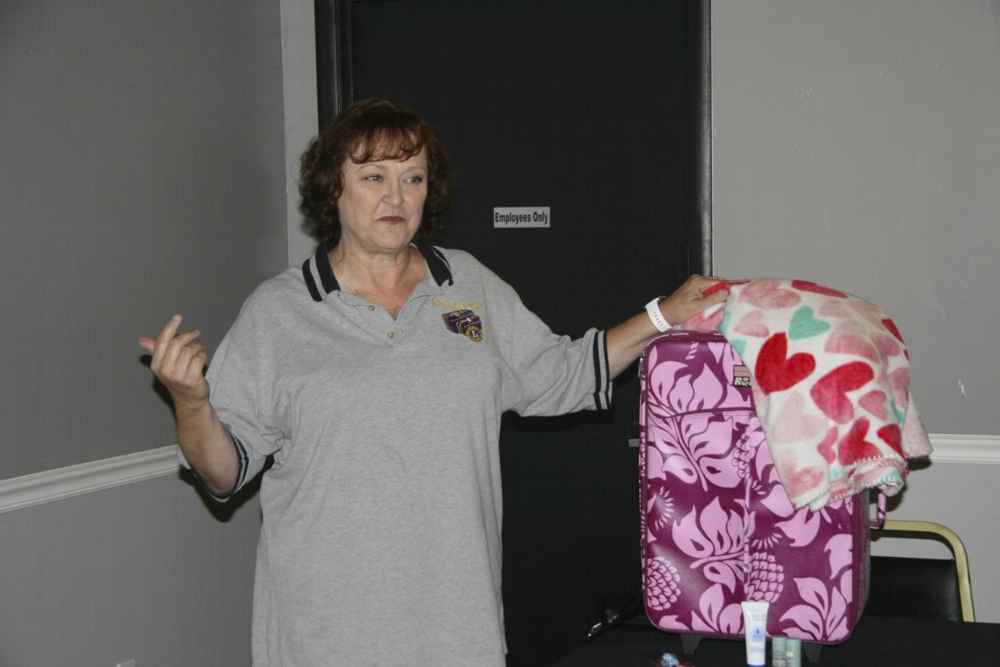 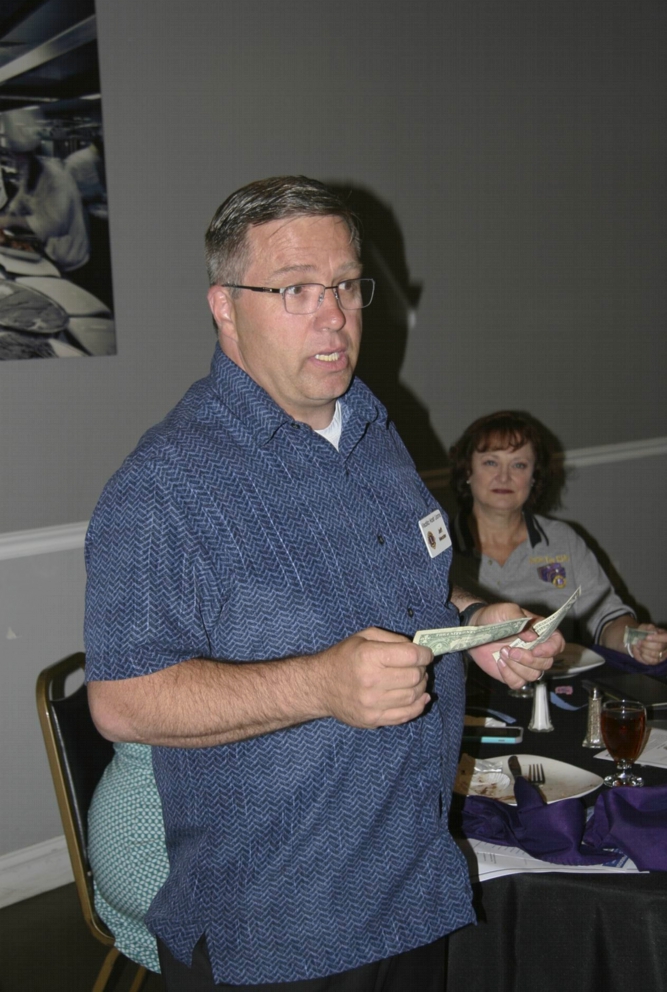 Kaden Ferretti of Kases for Kids was a guest for the meeting.

Lion Melinda Blankenship announced that the Club’s charity golf tournament will be on August 16th. Club members will be asked to donate gift certificates or baskets for raffle prizes.

Lion Allen Ventling reminded members that the next vision screening event will be on June 21th in Dinuba.

After it was mistakenly reported that Lion Dee Baughman had undergone knee surgery, he joked that he had miraculously recovered.

Lion Carol shared that her son is moving to Mckinney, Texas.

Lion Jeff Meader’s wife Caity will be appearing on the television show 48 hours.  Lion Jeff is also getting a 1969 corvette.

Lions Melinda Blankenship, Brad Board, Roy Dressel, Steve Gerrard and Allen Ventling were happy to see Lions Lauri and Damon back at our meeting.

Lion Lauri Aguilar shared that she has a new job at Park Visalia.

Lion Pat Harrison received pictures from his son, who is leading a school field trip to Scotland and Ireland.

Lion Damon Yunt has a new job in Hanford., but was happy to make it back to Club.

Lion Tom Link is on his way to Canada’s eastern seaboard.

Lion Vicki Whitehouses shared that her husband is doing well and that the Friends and Family night for her daughter’s new Starbucks store also went well.

Kaden Ferretti of Kases for Kids described their efforts to provide suit cases and school backpacks with school and toiletry supplies to displaced foster children. 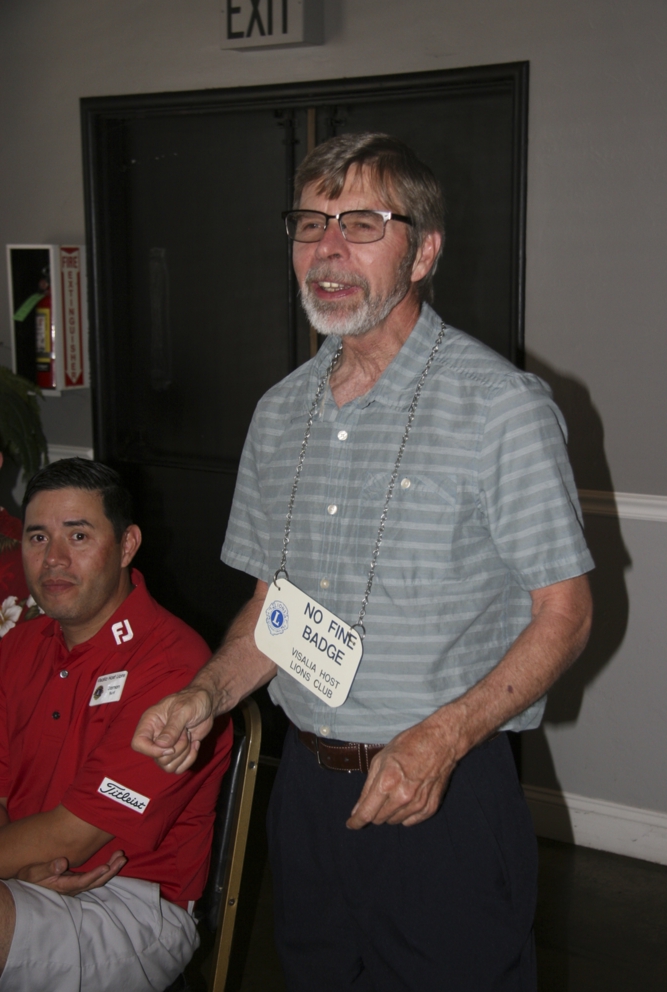 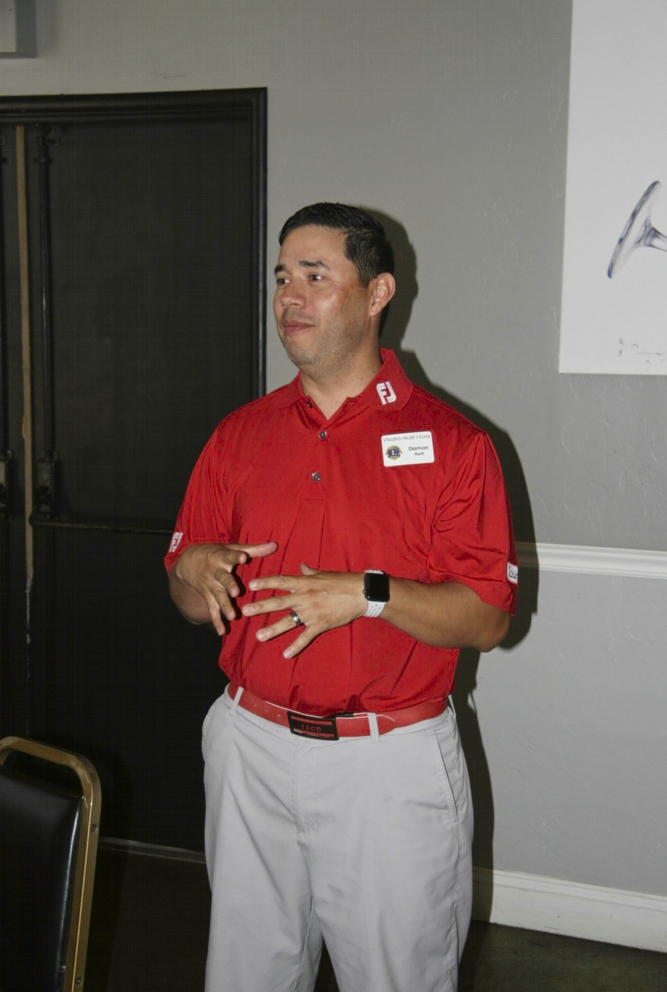 Guests for the meeting included Chriselda Ibarra of the Tulare Kings Hispanic Chamber of Commerce and Amanda Guajardo of the Tulare County Child Abuse Prevention Council.

Lion Melinda Blankenship won the “no-fine” badge for the meeting.

Lion Melinda Blankenship announced the first meeting of the golf tournament committee will be at 5:30PM on June 20th at Melinda’s house

Lion Vicki Whitehouse reminded Lions that the Annual Officers Installation Dinner will be June 27th at 5:30 at the Vintage Press Restaurant.

Travelling Lion Tom Link auctioned off a batch of Saltwater Taffy from Morro Bay. President Karen McVaigh purchased the item for a donation of eight dollars.

Short-Timer Treasurer Lion Ed Jones will be heading for the Coast this weekend.

Lion Carol Jones had a fun trip to Imagine U with her granddaughters.

Dodgers fan Roy Dressel was happy his team was still in first place.

Lion Brad Board will be going to his granddaughter’s birthday party in Bakersfield.  One of his customers also brought him a delicious apricot pie.

Lion Pete Sherwood will be spending three weeks cruising the rivers of Central and Eastern Europe.

Lion Tom link will be heading for Niagara Falls and Nova Scotia.

Lion Vicki Whitehouse was happy (and lucky) to be getting her car back Friday – Her car was severely damaged a few weeks ago in a sketchy West Visalia parking lot during a Rotary meeting.

Lion Craig Wheaton was fined for saying that Lion Ruth McKee didn’t need to duck as she moved across the room during the meeting.

Lion Tom Link was fined for his late arrival.

Lion Roy Dressel was fined for being on his phone during the meeting. 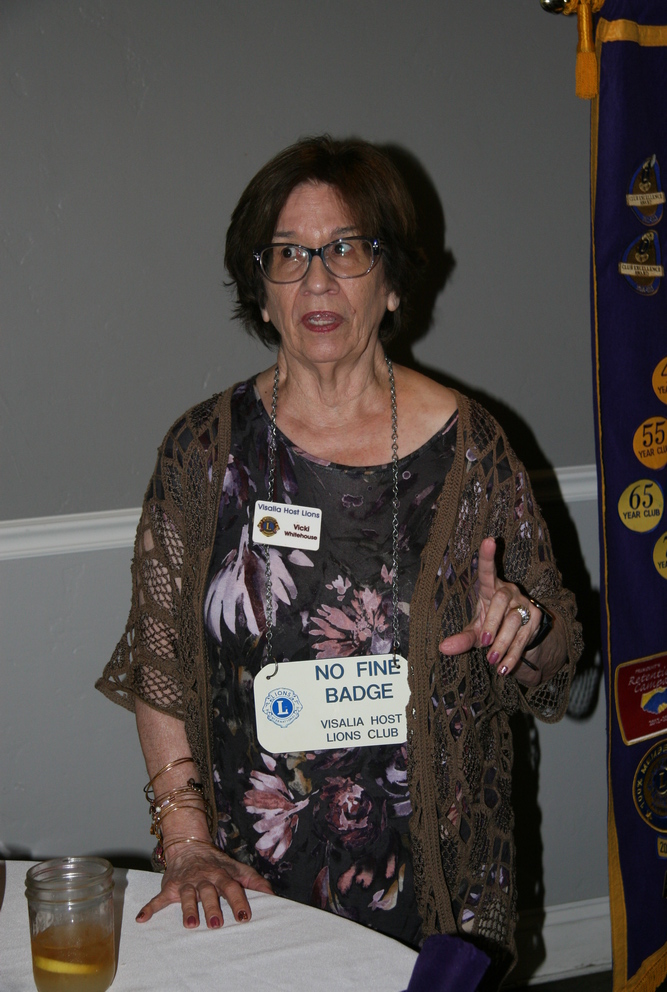 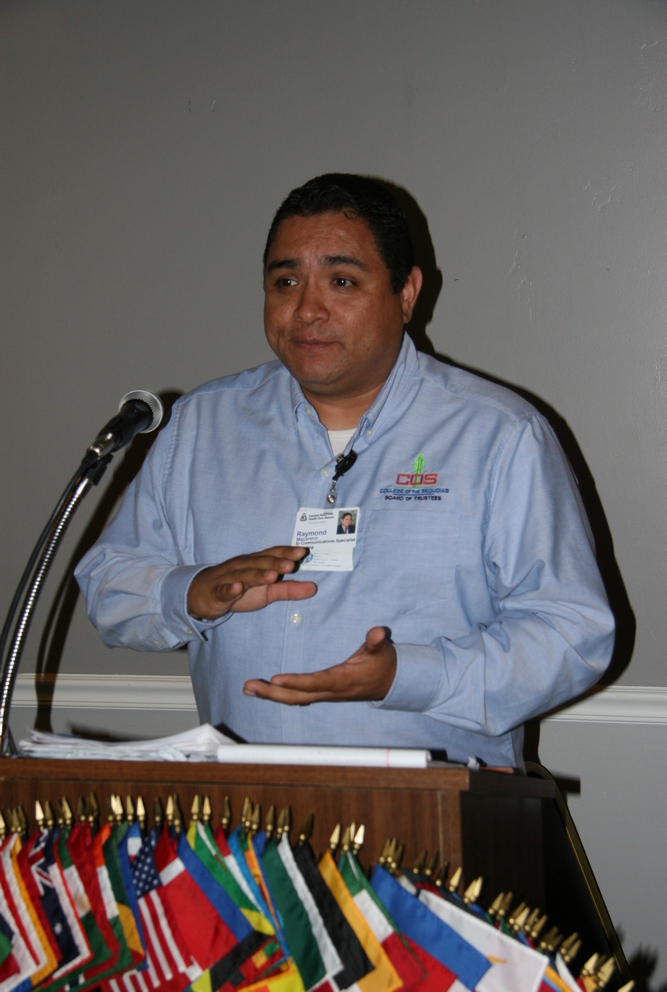 Guests for the meeting included Gil Jaramillo of Tulare County Hispanic Chamber of Commerce and Ray Macareno of the College of Sequoias Board of Trustees.

Lion Melinda Blankenship announced the first meeting of the golf tournament committee will be at 5:30PM on June 20th.  Club members will be asked to donate gift certificates or baskets for raffle prizes.

Lion Dee Baughman is the proud grandfather of an 8 year-old hero who recently pulled a toddler from the bottom of a swimming pool.

Former COS Board Member Bob Line was happy to see Trustee Macarena at our meeting. Trustee Macarena donated a happy buck for his son who recently graduated from High School as Valedictorian.

Lion Brad Board was happy for the recent cooler weather.

Motorcycle rider Lion Ed Jones had a great ride through the Sierras.

Lion Leigh Mosconi spent Memorial Day weekend in the snow at his cabin.

Lion Melinda Blankenship was happy to see Ray Macarena, a coworker from Kaweah Delta Hospital, at our Club meeting.

Lion Vicki Whitehouse invited everyone to the grand opening of her daughter’s Starbucks store.  She also shared that her granddaughter graduated from Clovis North High School.

Lion Brad Board fined himself for forgetting his name badge.

College of Sequoias Trustee Ray Macarena provided an update on the continued  growth and success of our community college. 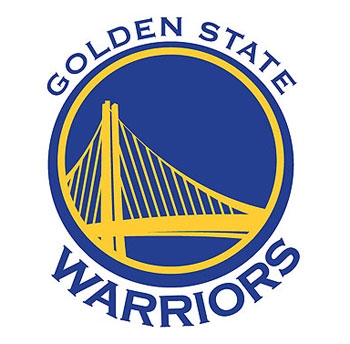 Guests for the meeting included Tulare County District Attorney Tim Ward and members of his staff.

Lion Craig Wheaton won the “no-fine” badge for the meeting.

Lion Allen Ventling announced that there will be an evening vision screening event in Dinuba on Friday June 21st.

Happy Lion Betty Odell will be on her way to the Coast next weekend.

Jeff Meader was happy to see DA Ward at the meeting

Lion Carol Jones, who stopped by on her way to the Coast, shared that her Granddaughter will be turning six.

Lion Melinda Blankenship was happy that it was Friday and that she was off work.

Lion Steve Gerrard shared that his Granddaughter Mackenzie will be enlisting in the Air Force.

Lion Vicki Whitehouse shared that her husband continues to do well and that the weather has been great.

Lion Melinda Blankenship fined herself for not bringing her commemorative blanket to Club.

Lion Craig Wheaton fined Lion Vicki Whitehouse for not sharing a mishap with her car at another club meeting.