Our president, Lion Jamil lead our meeting today, calling on Lion Bob Line to lead us in singing God Bless America. Lion Dee to do the invocation and Lion Hoard to lead us in saluting the flag. 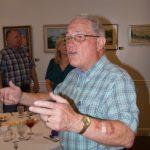 Lion Bob leads us in a song.

We had a guest today, Carl Anderson who was a guest of Lion Dee.

New member night is coming up, Thursday October 9th in Caruthers. The rumor is that the food is fantastic, so if you are a new member in the last year, get together with your sponsor and have a great feast. Oh, and by the way, anyone can go. You don’t need to be a new member.

Remember also, the band review is coming up on Saturday October 25. A sign up sheet will go around at tomorrows meeting. If you can, sign up to help.

Lion Janet announced that the 2015 MD4 state  convention will be in Visalia next year. Lion  Betty Morris is the chairmen and Janet is Co-Chair.  Lion Walt and Lion Roy are on the committee and in charge of putting together the program.

Lion Allen announced that the recent Pixley-Earlemart vision screening tested 69 kids, the next screening will be this Saturday Oct. 4th at Rawhide stadium. Signs up will go around tomorrow.

Lion Sid announced that the Memorial Building, next door to our meeting no longer will allow us to park in their parking lot.  So please take note.

Lion Dee was happy for people like his guest, Carl Anderson who serve on the Kaweah Delta Hospital board. Giving of their time and expertise to help the community.

Lion Eric was happy that one of his sons wanted to rent the other sons house..

Lion Roy was happy that the dodgers won the western division and that they did it against the Giants.

Lion Chris was happy that he got to go to a Dodger Game and that the Dodgers won.

Lion George was happy that Carl Anderson was at out meeting today.

Lion Ed had a happy $5 that the Dodgers defeated the “hapless” Giants. 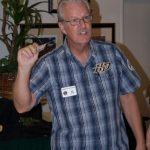 Lion Ed has a happy $5 for the Dodgers winning the west.

Lion Vickie was happy she slipped up and called our own Lion Dee Baughman, Dee Gordon. (an honest mistake)

Lion Pat fined Lion Dee for bringing politics into the club by bringing Carl to the meeting.

Lion Justin fined Lion President Jamil for being 30 minutes late to the golf tournament, even when he was on the golf committee he thought that t time was 8:30..

Lion Tom Link find Lion Steve for not singing the song at the start of the meeting.

Lion Dee fined Lion Tom Link, Lion George and Lion Bob Line for slow play when they were on the golf course ahead of Dee’s team.  One little issue, Lion Bob Line had the no fine badge.. tha cost Lion Dee a buck.

Lion Jamil fined Lion Eric for having been quoted in not one but two articles  in the newspaperpaper.

Lion Tom Link fined Lion Eric for the signal at Court and Tulare blinking red for weeks, and saying that it was Ants eating at the wires and the city of Visalia has been unable to get it fixed.

Lion Allen fined Lion Justin for playing with his phone during the meeting, a fine Justin was happy to pay.

Lion Ed win the $5 and donated it to the Lion’s eye foundation.

The Lotto tickets were won by Lion Daryl

Our president Lion Jamil won the marble drawing, but no white marble.. 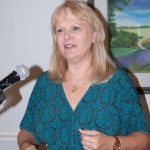 Our program today was about the Lisa Project. Suzie Skadan with the Visalia Unified School District was the presenter. The Lisa project is a presentation about Child Abuse, and this time around it is being presented in a classroom.  You may remember that a few years ago the same Lisa Project was in a trailer, now it has been scaled down a little but still has the same

impact for those who go through it.  It takes about ten minutes. It highlights the impact and the ramifications of child abuse. It will be at the rotary Theater through tomorrow, Friday Oct 3rd. 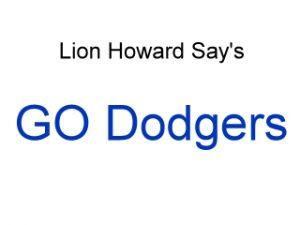