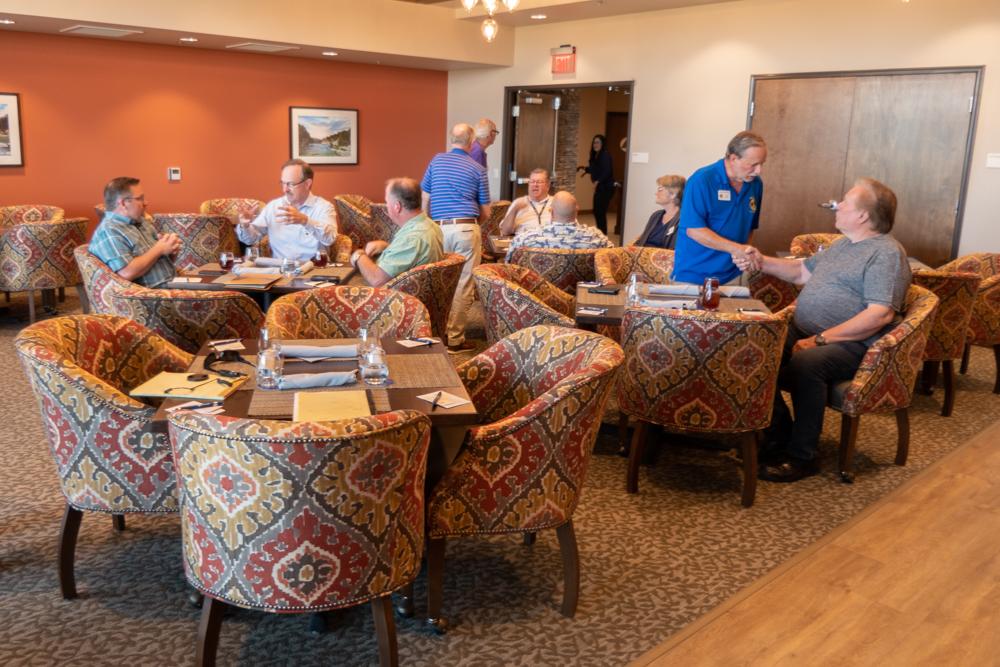 Our meeting today was held at Quail Park at Shannon Ranch on Flagstaff Ave. in North Visalia. Lion Bob Line, a resident at Shannon Ranch arranged today’s lunch. (thanks Bob) Our meeting began with Kathleen Remillard of Shannon Ranch welcoming us and giving us a little overview of the facility. Lion Pat got right to the point by asking how much it costs, after all, nothing happens without money.

We dispensed with the song, happy bucks, and fines but we did have a nice lunch provided by Quail Park and spent the time in conversation.

We did have two guests today, Lion Lori brought along her boyfriend’s father, Ron Hicks to our meeting. He is considering joining the club, and Lemoore’s Lions president Neil Johnson was also with us. He is also thinking of joining one of the Visalia clubs after his stint as president is over, as he lives here in town. We were told to be on our best behavior so as to lure them both into our club.

Lion Betty announced the results of the city council meeting last Monday evening in Visalia. On the counsel’s agenda, that evening was the smoke shop that was slated to open two blocks from Huston School. She informed us that very few people attended the meeting and no one from the school was there. The measure lost 2-1.

Memorial service for Don Landers: Last October Lion Don Landers passed away. Due to COVID, there was no public service. I received an email from July, his wife, that there will be a service on October 16th at 11:00 at Gateway Church. I put this on our Lions Calendar on our website.

Next week’s meeting will be back at Left of Center and our District Governor, Lion David Beeman will be our program. 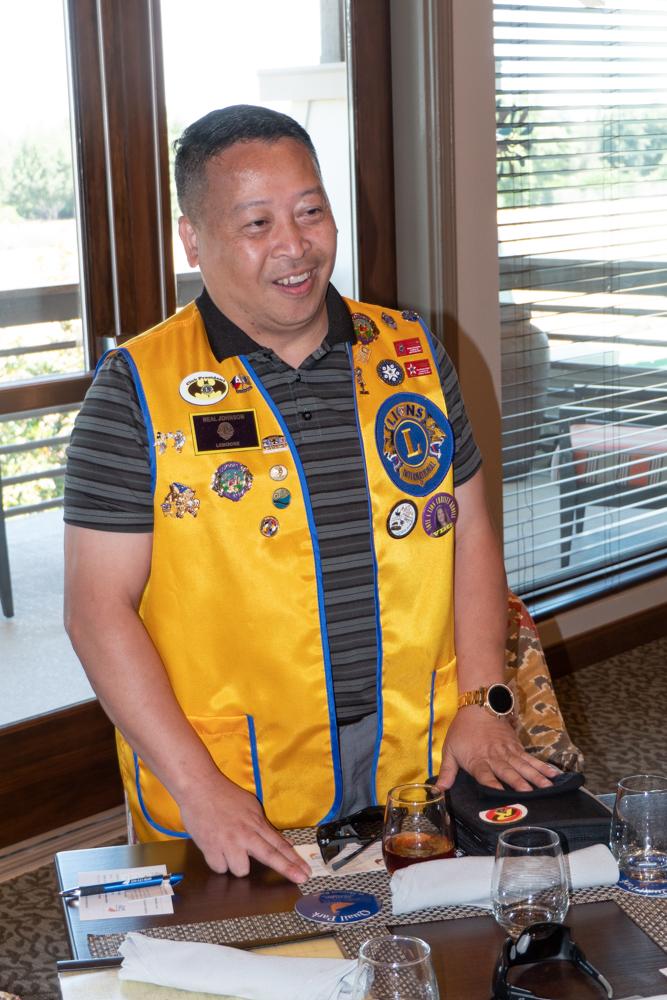 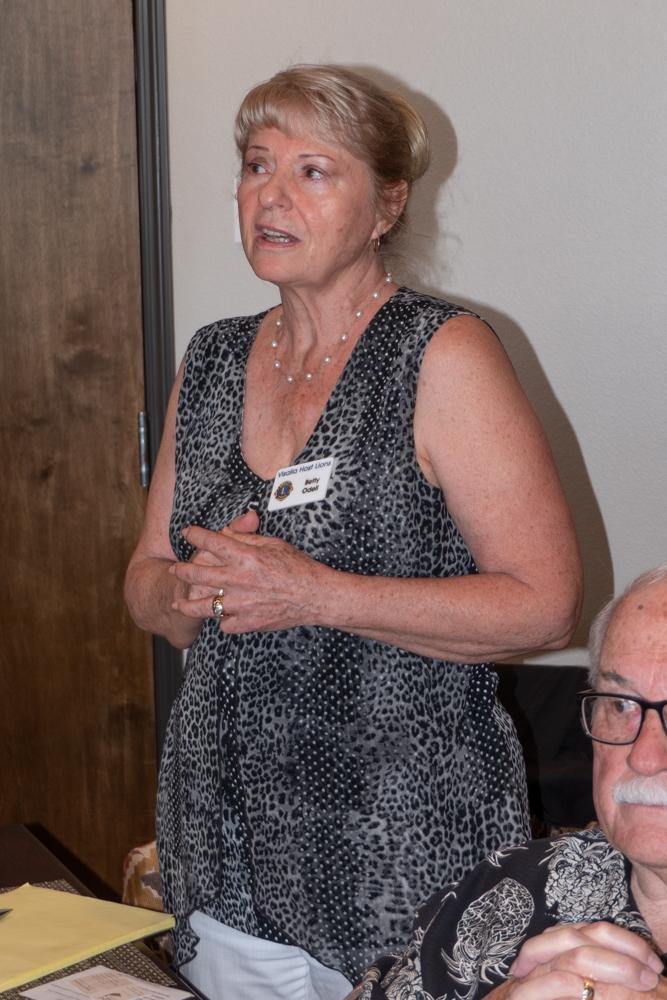 Lion Betty explains the disappointing results of the Visalia City council meeting dealing with the smoke shop near Huston school. 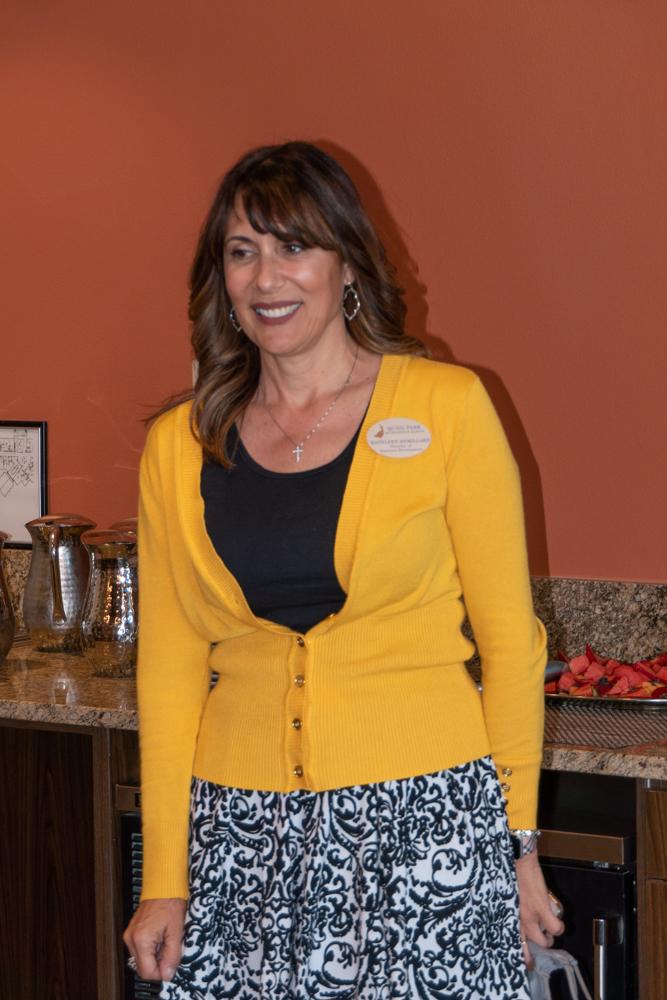 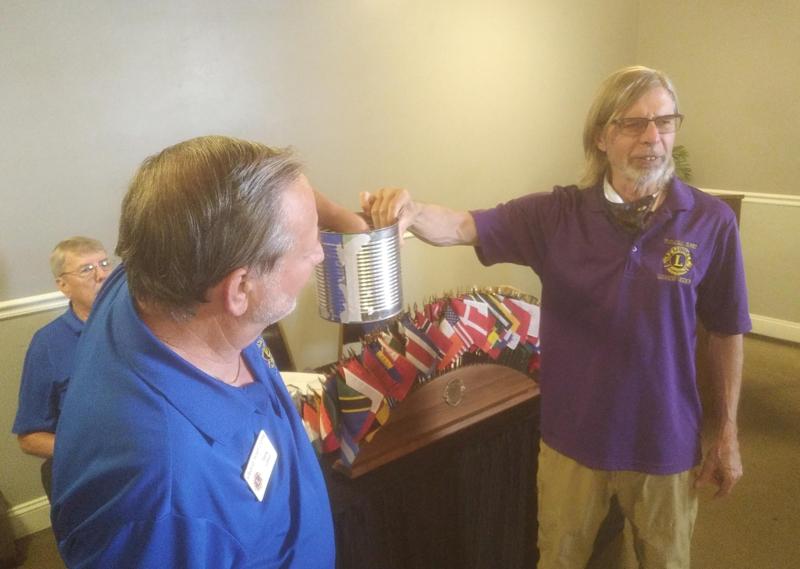 Lion president Craig brought our meeting to order and he called on Lion Dee to sing our song, God Bless America, and Lion Allen to lead us in saluting the flag, and Lion Betty to do our invocation.

This coming meeting, Friday, May 21s meeting will be hosted at Quail Park Shannon Ranch, hosted as there will not be a charge for the lunch. Free food, boys and girls. Quail Park Shannon Ranch is located at 3440 W Flagstaff Ave, just north of the interaction pf Demaree and W. Riggen Ave. They will be asking if you have been vaccinated, and if not, they will be giving you a quick covid test before you go in.

The following Friday, May 28th we will be back at Left of Center with our District Governor as our program.

Lion’s Betty and Aaron gave $20 as their 10% to the club for winning the marble drawing at a former meeting.

Lion Dee had a happy buck because he saw former Lion Chris Baldwin, and Chris wanted to pass on the following: Go Dodger Blue.. although Lion Dee could not get the words out that Chris had asked him to say, but we all knew what they were. He said that Chris was going to be coming back to the club sometime in the future.

Lion Pete was happy that he was able to see his grandkids in North Carolina recently and also $5 happy because he left his Kindle on the airplane, and it was found and being returned to him by American Airlines.

Lion Bob Line was happy to see three of his great-grandsons play in a baseball game recently.

Lion Pat was happy that his daughter-in-law was pregnant.

Lion George was happy that his great-granddaughter was excited to watch the film made when he piloted a plane for the last time.

Lion Betty was happy that the money she won from the marble drawing exactly paid for a dinner out with friends.

Lion Janet was fined for being late.

Lion Vicki fined herself because a friend gave her a Dodger mask, and she forgot to wear it to counter the mask warn by our President, Lion Craig.

Lion Bon Line won the Lotto drawing, we shall see this week if he won the big bucks.

$5 Drawing went to Lion Aaron who gave it to the Leo club.