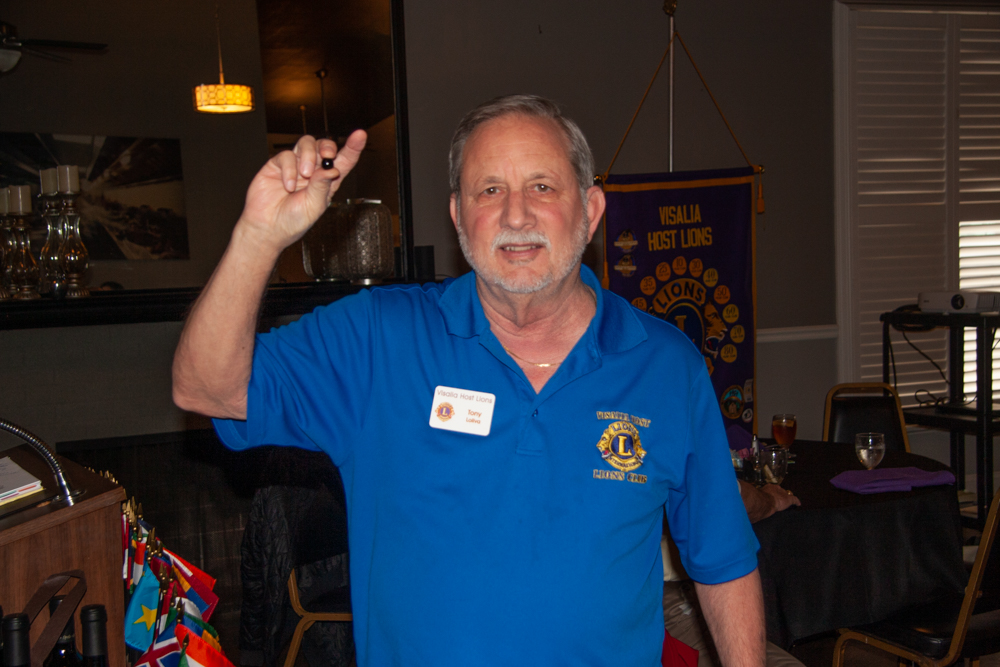 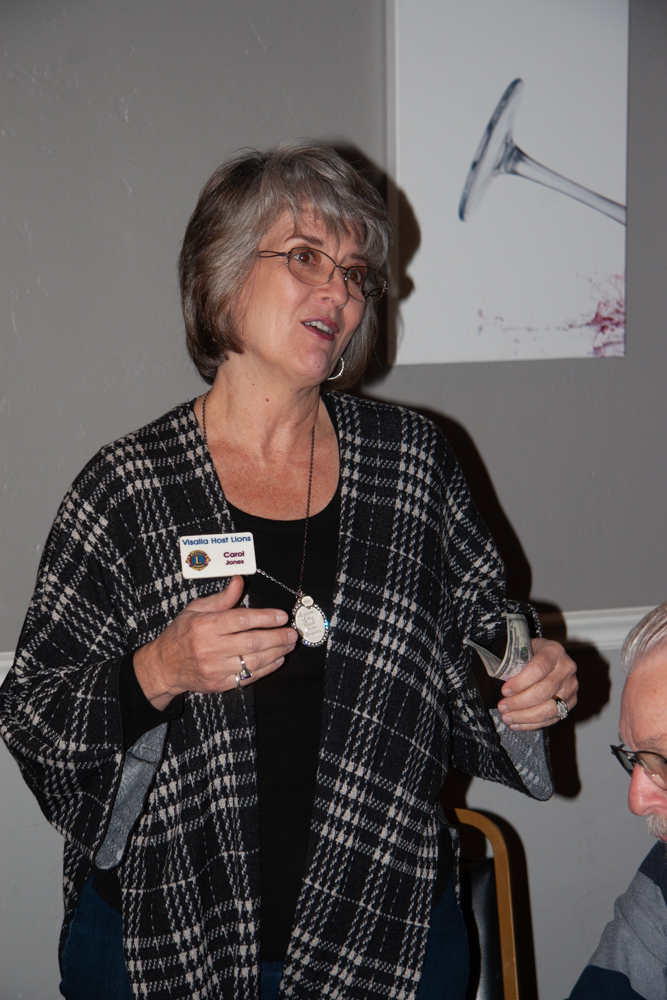 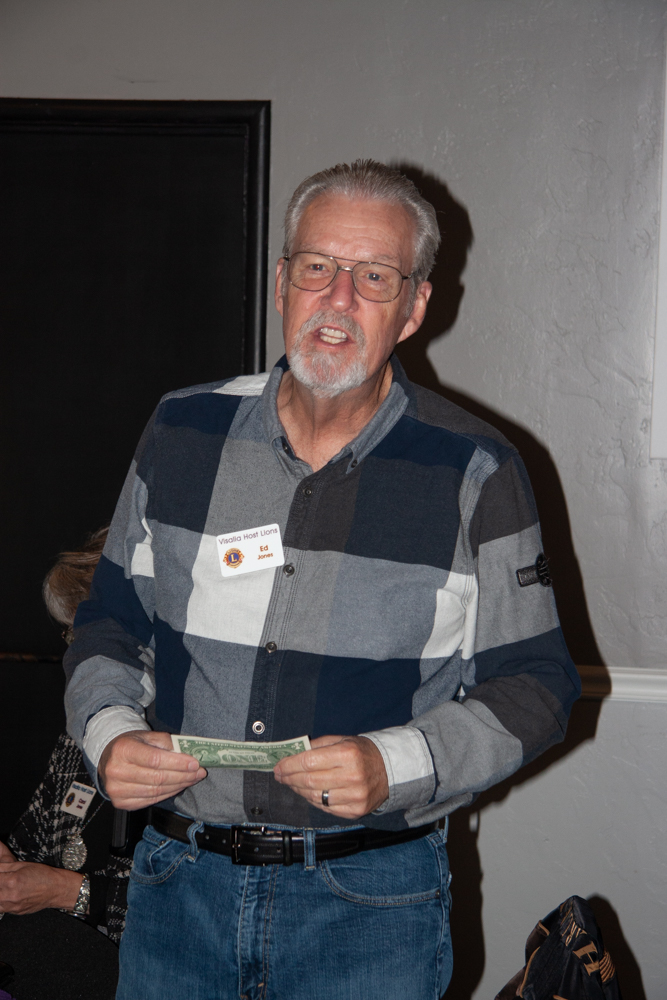 Lion Roy Dressel provided another update on the the Murder Mystery Dinner Committee. The Committee will be meeting every Tuesday at 5:30 at Park Visalia.  Club Members are asked to donate two $25 gift cards (contact Melinda Blankenship) and three bottles of wine (contact Aaron or Betty Odell) for raffle prizes at the Dinner.

Lion Allen Ventling reminded Members that the Super Bowl Party for the Homeless will be on February 2nd at the Visalia Rescue Mission.  Dinner will be at “intermission”.

Lion Melinda Blankenship was happy to be back at Club after recovering from the Kneesles.

Lion Pat Harrison donated five happy bucks, one for each afghan made by Lion Melinda.

Lion Ed Jones fined himself twenty dollars because Lions Tom Link, Dee Baughman, and Bob Line were at a funeral and were unavailable to fine. 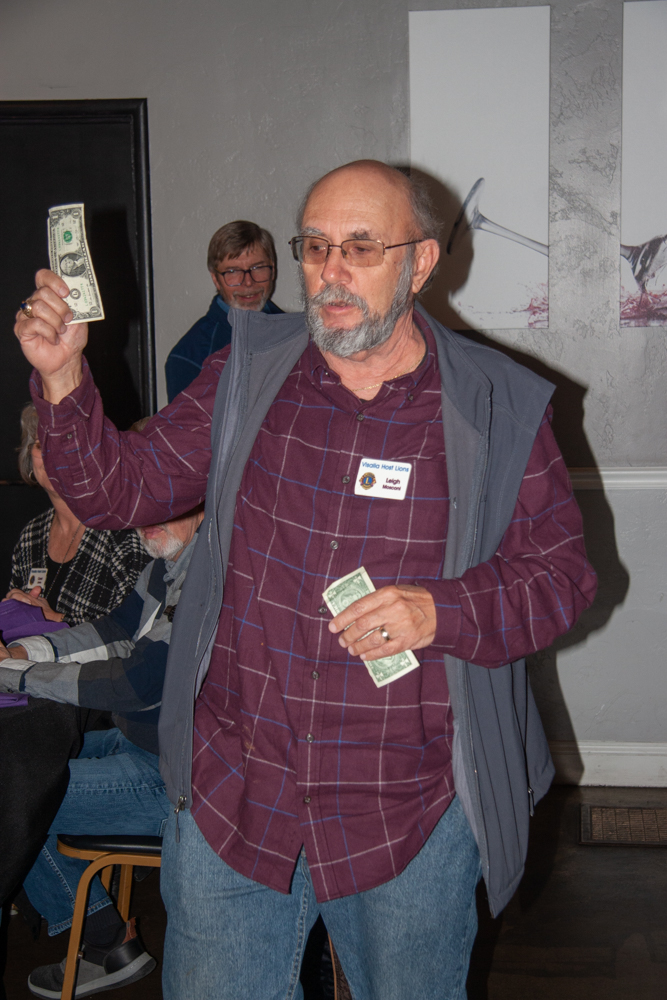 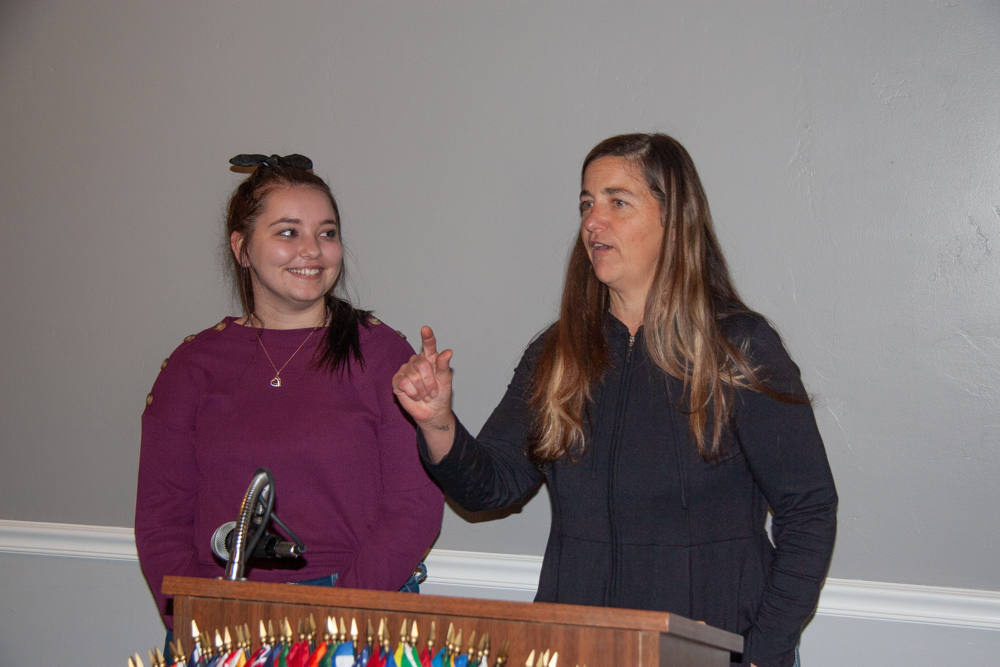 Lion Roy Dressel provided an update on the efforts and progress of the Murder Mystery Dinner Committee.  The web page for the event is now up and running, so ticket purchases and sponsor donations may be made online  The Committee will be meeting on Tuesday, January 28th at 5:30 at Park Visalia. (not this coming Tuesday as Roy had announced at club)  Club Members are asked to donate two $25 gift cards (contact Melinda Blankenship) and bottles of wine (contact Aaron of Betty Odell) for raffle prizes at the Dinner. Lions are also are encouraged to ask local businesses to be sponsors.  Each $250 sponsorship comes with two tickets to the event.

Lion Vicki Whitehouse has graciously donated a Fitbit and a Coach purse for raffle prizes at the Murder Mystery Dinner.

President Ruth shared that the Super Bowl Party for the homeless has been scheduled for February 2nd at the Visalia Rescue Mission.

Singing Lion Dee Baughman shared that his group will once again be offering singing Valentines, complete with a rose and chocolates. Those interested should contact Lion Dee or Lion Pat Harrison.

Lion Dee was thankful for the rain and mountain snow.

Lion Don Landers made it back from Fullerton before the storm.

Murder Mystery Dinner Committee member Roy Dressel was happy that the event is coming together.

Lion Pat Harrison shared that his 6 year-old granddaughter is excited to be a flower girl in Pat’s son’s wedding.

Lion Vicki Whitehouse was happy her husband continues to do well.

Lions Bob Line and Tom Link were fined for assailing our guests with embellished stories prior to the meeting.

Lion Vicki Whitehouse fined Lion Karen McVaigh for snatching up the preferred parking in front of the building before every meeting.

Bobbie Westfall and Madison Worley of the Eleanor Roosevelt Community Learning Center described this year’s “Step Up” school service project, which is focused on advocating and providing resources for mental health.  The student project team will be providing care packages for the needy, which will contain hygiene essentials, and will also contain information on available mental health resources. 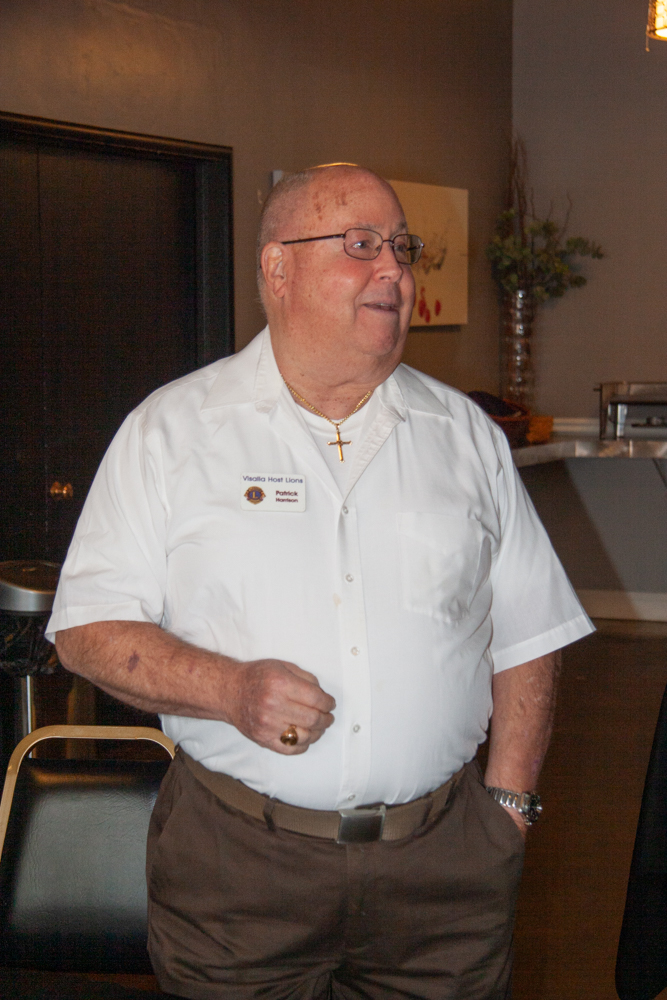 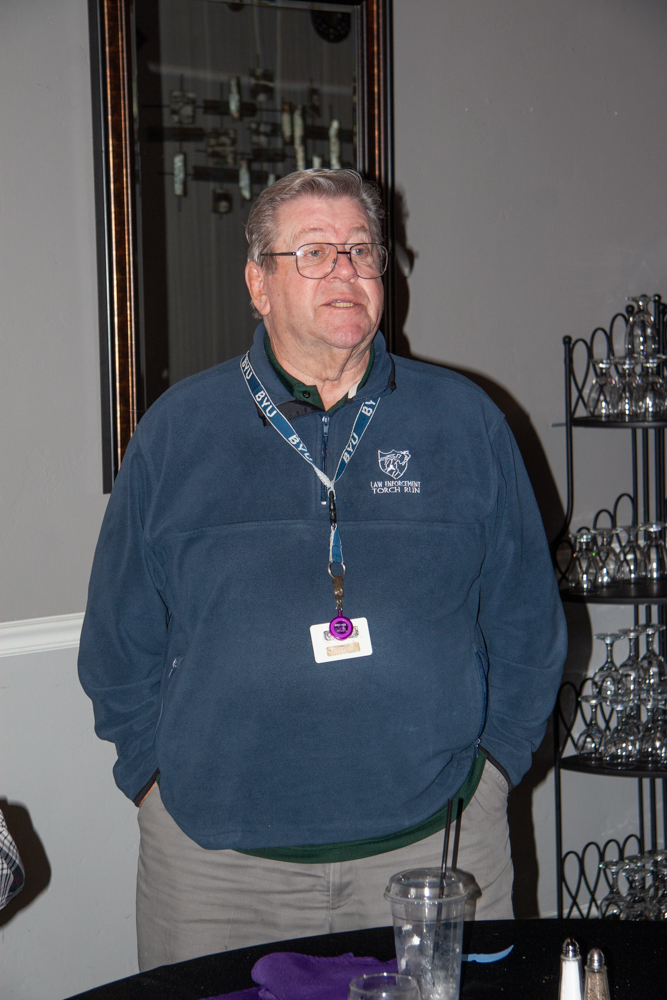 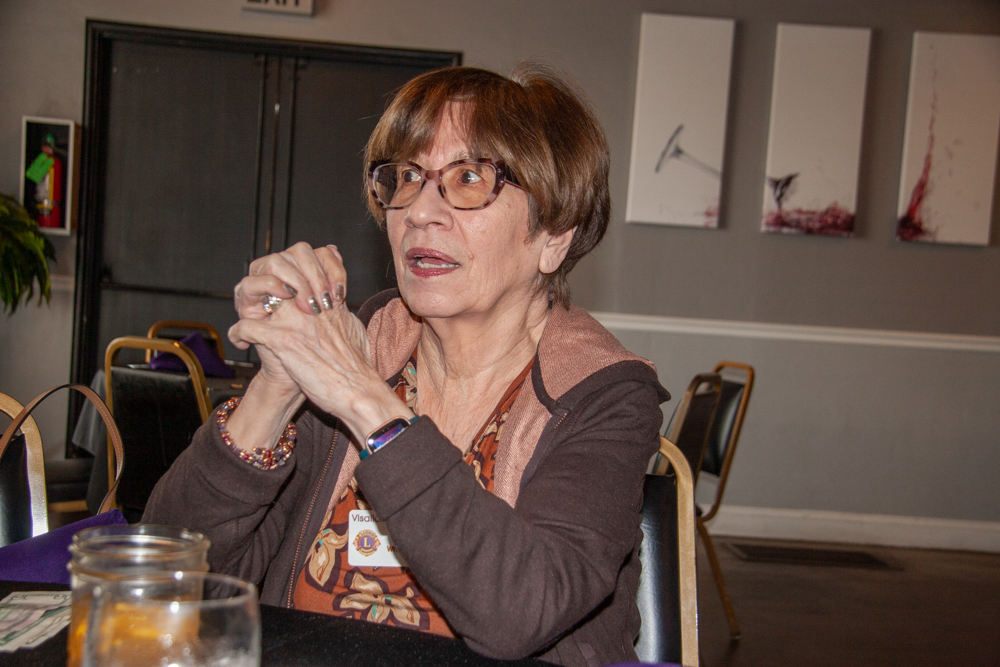 Our meeting today was lead by our president, Lion Ruth, who called on Lion Dee to lead us in singing God Bless America and Lion Bob Line in doing the invocation. Lion Janet lead us is saluting our flag.

Lion Roy announced that there will be a meeting of the Murder Mystery Dinner committee this coming Tuesday evening  1-14) at Park Visalia, 3939 W Walnut Ave. Here in Visalia. he also had a sign up for those who wanted to be on the committee that will be headed again this year by Lion Lauri Aguilar

Tickets for the third annual Murder Mystery Dinner are now available on our web site.

The tickets are the same prices as last year, $75 each and there are 8 per table.

Lion Ruth announced that will once again help out the Visalia Rescue Mission with their Superbowl party for the homeless at the Mission on Sunday, February 2. Sign-ups were taken, and you can contact Ruth @ 559-308-3823 to let her know you would like to participate

Lion Janet announced that the MD4 convention would once again be here in Visalia on February 21 and 22.

Lion Ruth also announced that Quail Park at Shannon Ranch had invited the club to have one of our meetings at their facility. Having all agreed that was a good idea she will get that arranged in the next few weeks. Watch the Roar for the date.

Lion Allen announced that he would be the new Lions Youth Exchange person for our club. As many of you know, Lion Erik Frost had that position for many years, but he has moved to the coast, so Allen has generously agreed to take on the role.

Lion Pete was happy that his wife got a new car. Lion Pat commented that all of Pete’s competition must have died off, and he was making the big bucks to be able to afford that new car.

Lion George was happy for his kids (all of whom are 60+) because they had received a financial gift from him at Christmas.

Lion Tony was happy that the 49ers were playing the Vikings on Saturday, and I am sure he was even happier come Saturday evening as the 49ers won that game. We will expect another happy but this coming Friday Tony.

Lion Dee was happy that he took all three of his daughters to lunch this past week.

Lion Allen was $3 happy because his recent trip to Vegas paid off big for him.

Lion Pat was happy that Lion Melinda had knit him four afghans.

Lion Tony had a dollar because last week he had won the lotto tickets and they had paid off with a $10 win.

Lion Janet had a dollar from Lion Melinda, who could not be at the meeting today because she had had some work on her knee recently, and it was not doing well today.

Lion Vicki was happy because her husband was doing well and playing golf as we ere having our meeting.

Lion Dee fined Lion Tom Link for once again not having to pay for their birthday lunch. Miguel at Colimas had already taken care of it. Next year, Dee says he is going to another restaurant where Tom is going to have to pay. Tom replied that he has already made reservations at Colimas on June 16th (Dee’s birthday)

Lion Dee also fined Lion Tom because Tom, famous for his socks, had inferior socks to what Dee was wearing today.

Lion Ruth fined someone name Bob Link, not sure who that was. 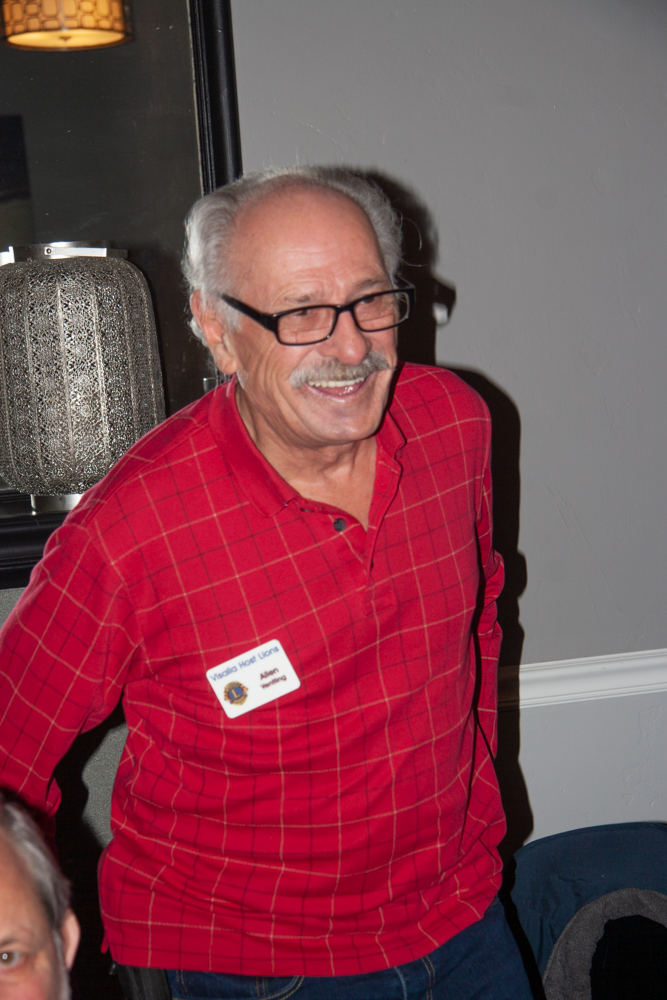 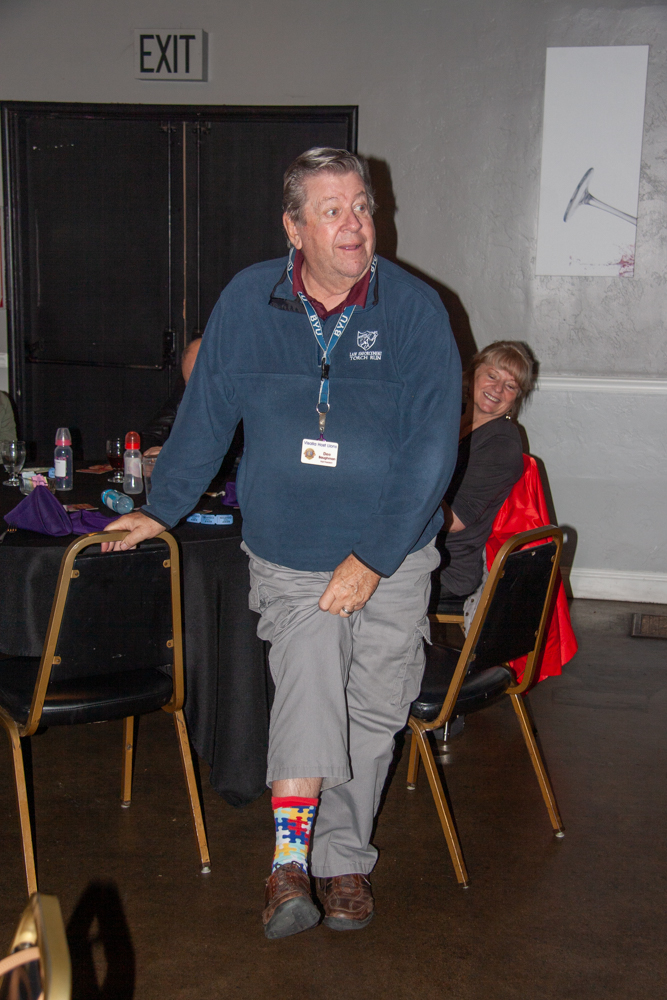 Lion Dee showing off the socks that he claims are better the socks of Lion Tom Link.

Calling all Cowboys and Cowgirls!

Lion Steve won the Lotto scratchers. We’ll see next week if he won the big bucks.

Lion Tony won the marble drawing but did not win the white marble.

Lori Olvera-Clackson from Young life was our guest speaker today. Our club has given a donation to this organization for many years and Lori has been a guest our ours for many of those years. She talked about what Young Life does for teens and also let us know that our gift entitled 8 of our members to join them for there annual fundraising dinner at the gateway church on Friday, February 28th starting at 5:30. If you would like to attend contact Lion president ruth at 559-308-3823 and let her know. 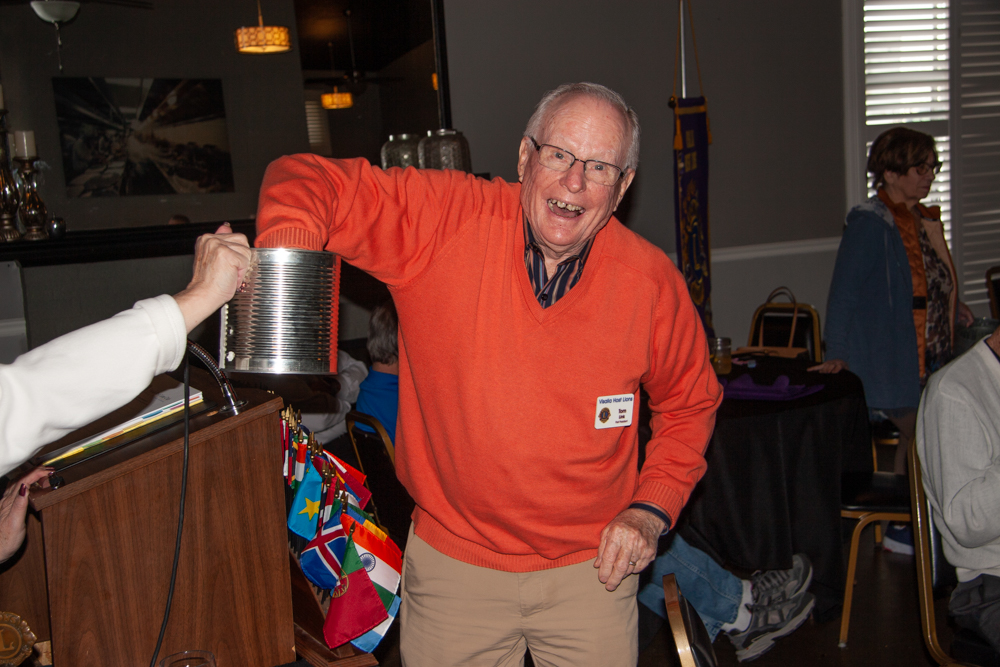 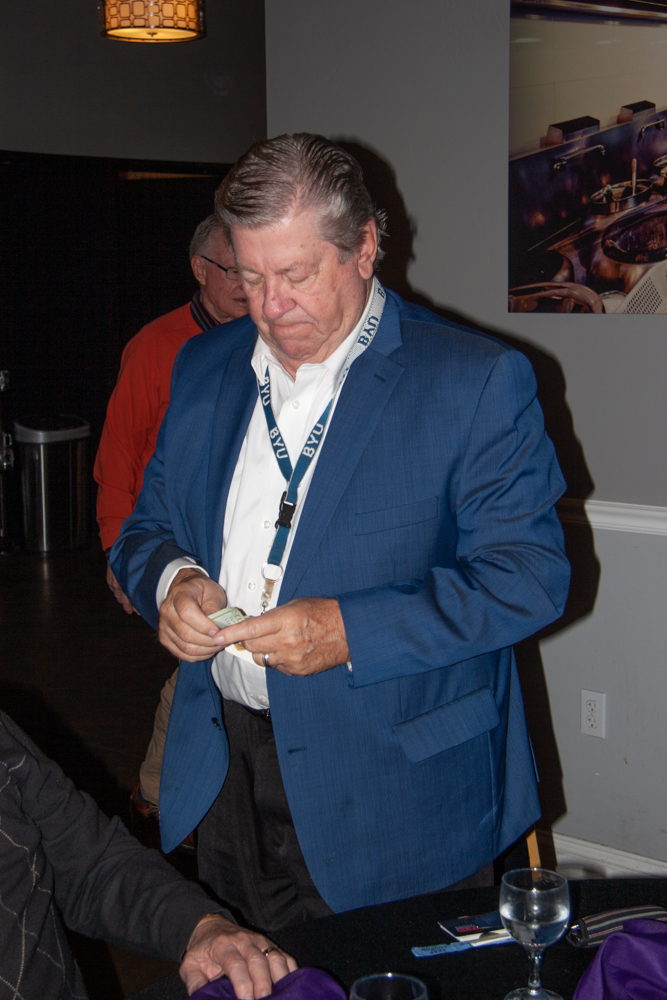 Members sang the “Happy Birthday Song” to Lions Tom Link and Roy Dressel, who were both born in January.

Lion Vicki Whitehouse reminded members that there will be a Board Meeting on Wednesday, January 8th.

Members shared get well wishes for Lion Melinda Blankenship, who is recovering from knee surgery.

Lion Carol and Ed Jones sold their house in Visalia.

Lion Roy Dressel had a good week working from home.

Dee Baughman’s brother came out from Colorado for Christmas.

Lion Brad Board had a wonderful time at Christmas.  He was also happy to see the 49ers in the Playoffs.

Lion Pete was happy a friend had made it through quadruple bypass surgery.  He was also happy to see the 49ers in the playoff.

President Ruth was stuck in Southern California over the holidays.

Lion Vicki Whitehouse’s husband is well and playing golf.  She also had a great Christmas.

Lion Vicki Whitehouse fined Lion Tom Link, who was reportedly on the phone with one of his many servants during the meeting.  She also fined herself for almost knocking over Left of Center’s tower of glasses.

Dodgers fan Roy Dressel was upset that his son had given him a Christmas gift with a Giants logo. 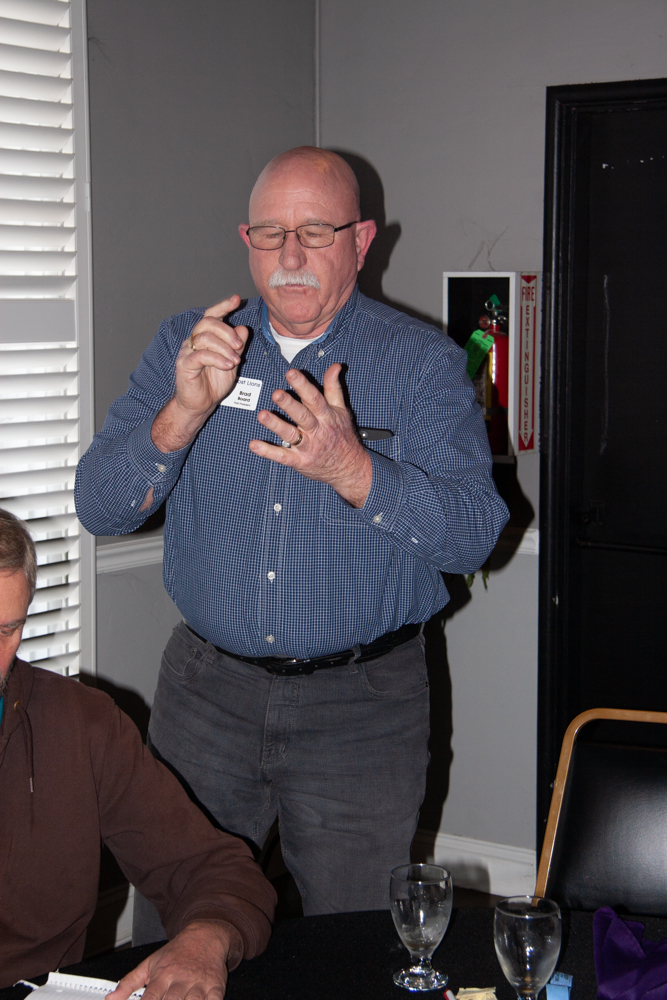 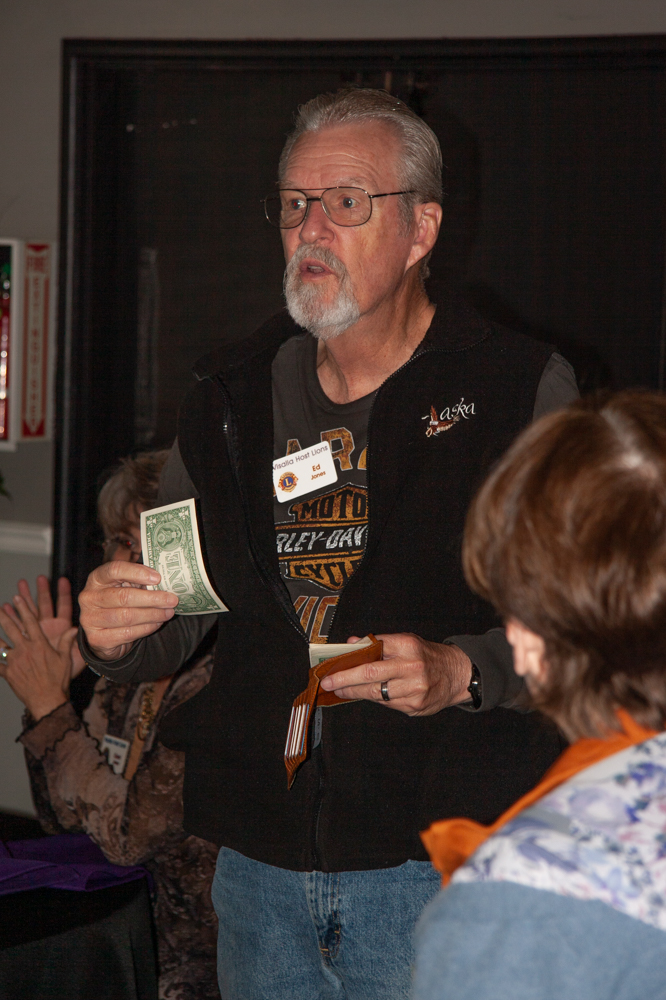 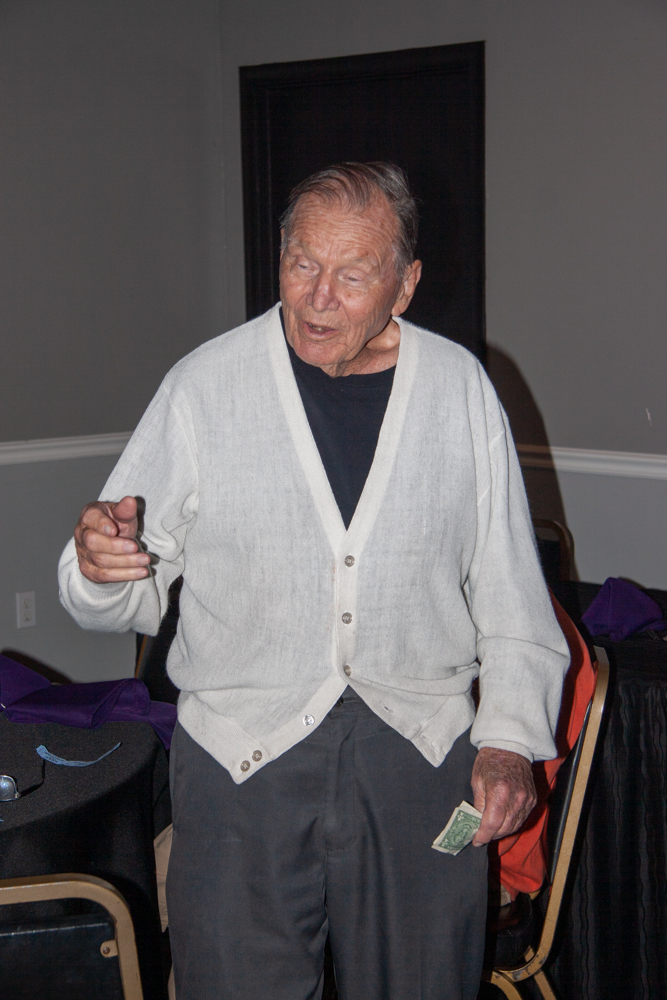