Dee Baughman announced that there will be a memorial service for Lion Don Landers on October 16th at the Gateway Church.

Tom Link shared that Lion George Fry is out of the hospital and recovering at Linwood Meadows Care Center.

President Aaron auctioned off a package of Hula Hut fudge from his recent trip to Avila Beach.  Lion Pat Harrison bought the fudge for a donation of 15 dollars.

Lion Dee was happy that the San Francisco Giants are still in first place atop the MLB’s hotly contested Western Division.

Lion Vicki Whitehouse was happy to see her friend Myriam at the meeting as a guest.  Vicki’s husband is doing well, she is doing better herself, and she recently celebrated a birthday.

Lion Jeff Meader was happy to be back at Club.

John Parker stayed up to watch the Dodgers’ recent16 inning win over the Padres.

Tom Link is on his way to Morro Bay.  He also shared that he gave Bob Line an extra ticket to a recent event where Lion Bob was asked to give the opening prayer, and performed admirably.

Lion Craig Wheaton will be embarking on a hike across the Sierras.

Lion Betty Odell had a great time on their recent trip to Avila Beach.

Lion Vicki attempted, but failed, to fine Lion Bob Line, who was shielded by the coveted “no-fine” badge. She then fined Lion Karen McVaigh, who reportedly had harassed her relentlessly prior to the meeting.

Secret Greeter Betty Odell fined several members for failing to shake her hand prior to the meeting as required.

Vicki Whitehouse won the five-dollar drawing and graciously donated the proceeds to the Lions Eye Foundation.

Tony Loliva won a shot at the marble drawing but didn’t draw the white marble.

Myriam of His Presence Ministries described their efforts to “Bring people to the heart of God”.  The Ministry and it’s team of 25 volunteers have been been providing food and opportunities for Bible Study to local people in need.

Lion Justin Levy was happy to be back at Club and donated ten happy bucks.  He traveled to Costa Rica last May and was also happy  that in-person school has begun.

Giants fan Dee Baughman was happy his team is still in first place atop the National League’s Western Division.

President Aaron has been traveling to Cambria and Avila.

Lion Vicki Whitehouse donated five happy bucks and shared that her husband and son were on their way to a Dodgers game.

Lion Craig Wheaton had a good hike and was happy to see the Dodgers in second place.

Allen Ventling was happy to see Lion Vicki at Club.

Bob Bricker was fined after his housekeepers phone kept ringing during the meeting.

Craig Wheaton had to leave early and fined himself.

Tony Loliva won the five-dollar raffle and donated the proceeds to the Lions Eye Foundation. He also won the Lotto tickets.  Lion Karen McVaigh won a shot at the marble drawing but failed to find the white marble. 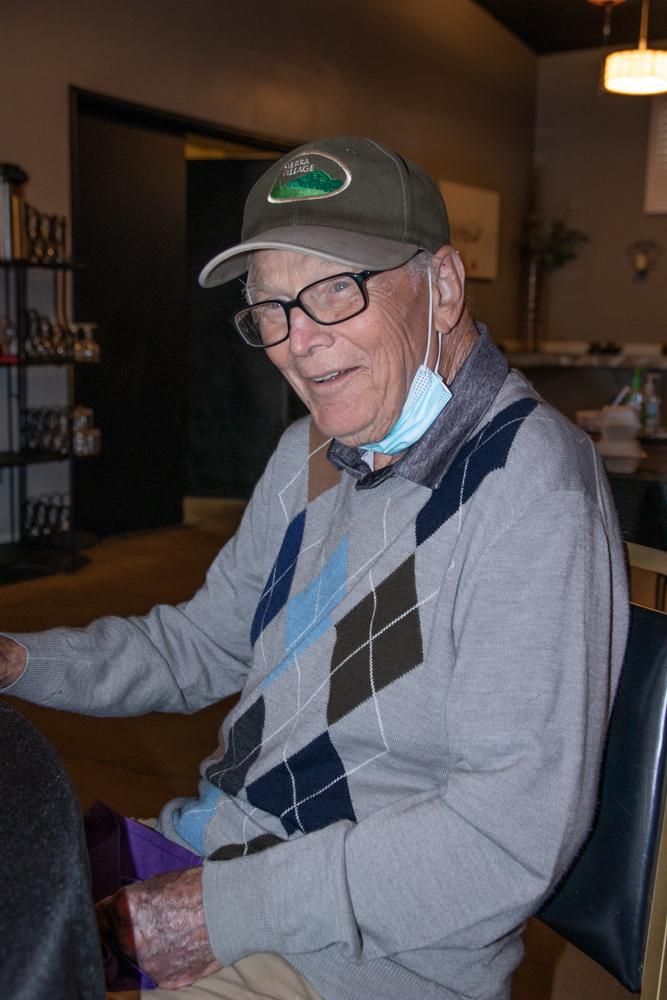 Leslie Gardner, Executive Director of Happy Trails riding academy, was a guest at the meeting.

Tom Gaebe announced that the Lions Band Review and Field Show is scheduled for October 16th.

President Aaron Odell passed around a member activity form that can be used to track creditable volunteer activities performed by members.  Volunteers are also needed for the Club’s Golf Tournament Committee.

Lion George Fry donated twenty happy bucks in honor of his last Club meeting.  He will be moving to Pacific Grove.

Brad Board donated ten happy bucks.  His daughter has become the piano accompanist for the Tulare County Symphony and the Choir Director for the Presbyterian Church.

Lion Roy Dressel will be taking a two week trip up the Coast.

Pete Sherwood noted that Lion Brad had been losing weight.

Roy Dressel, who had to leave early for work, fined himself.

Everyone welcomed Secret Greeter Vicki Whitehouse with a handshake. 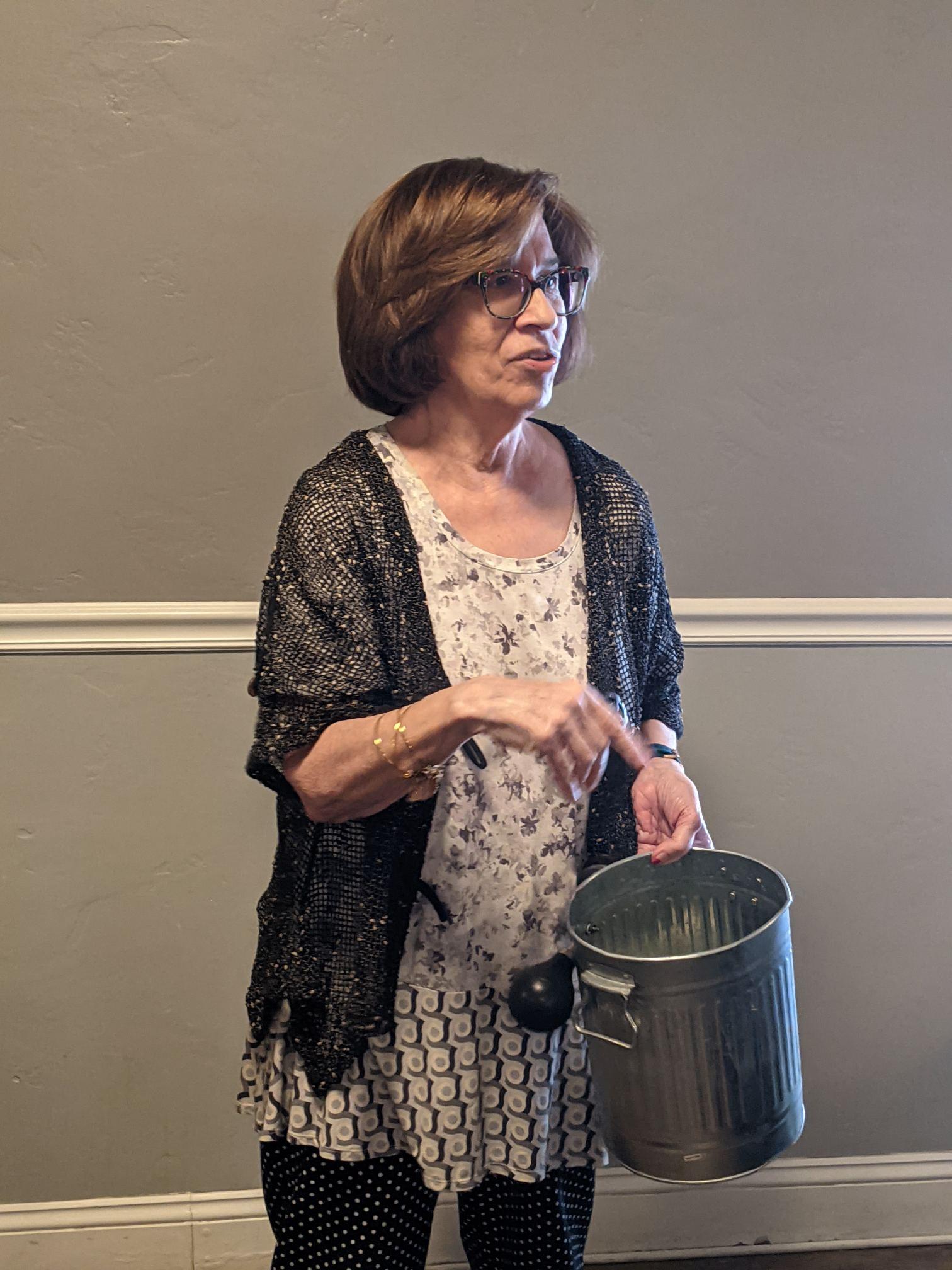 Lion Vicki was back and collecting happy bucks and fines. 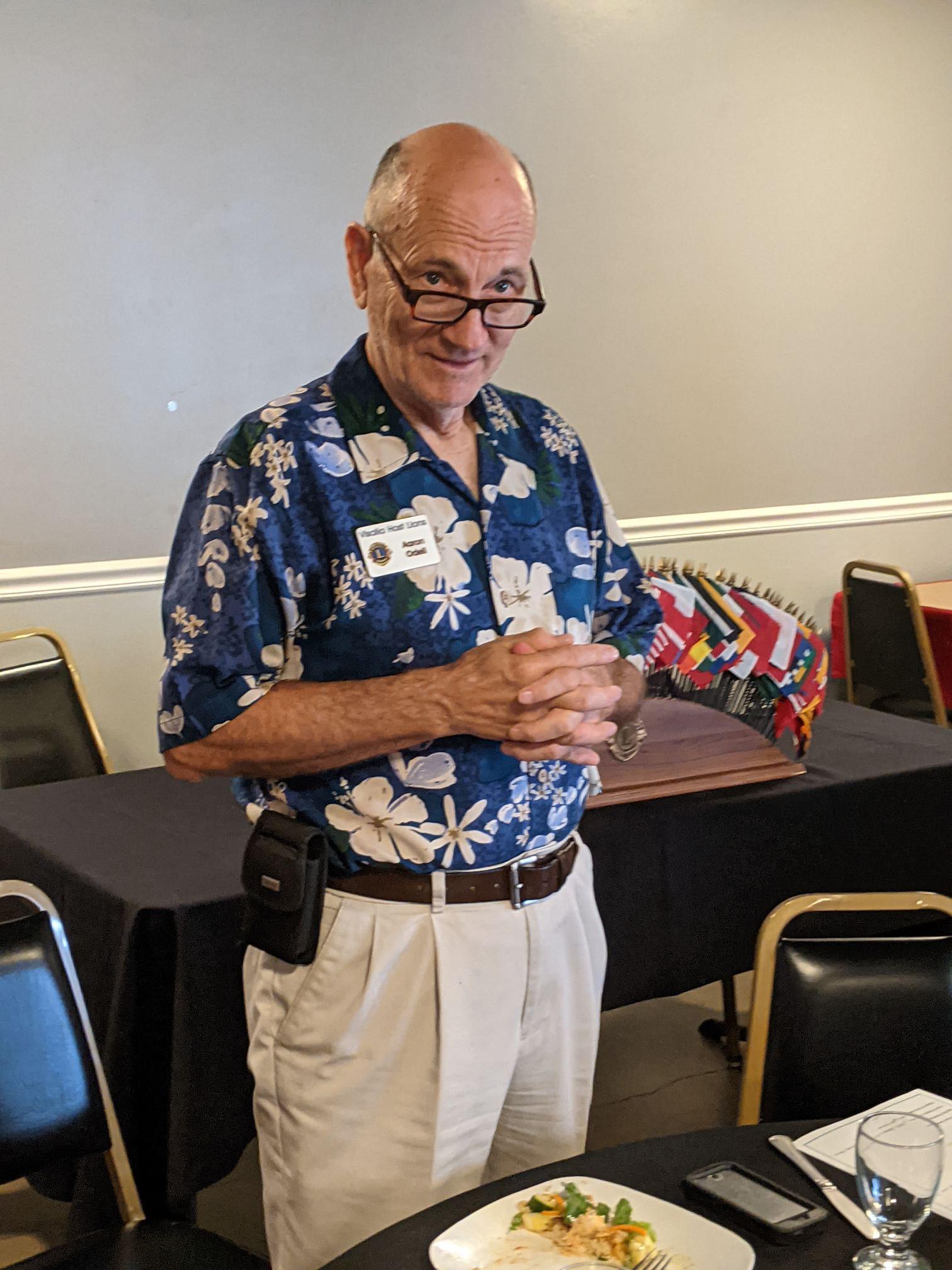 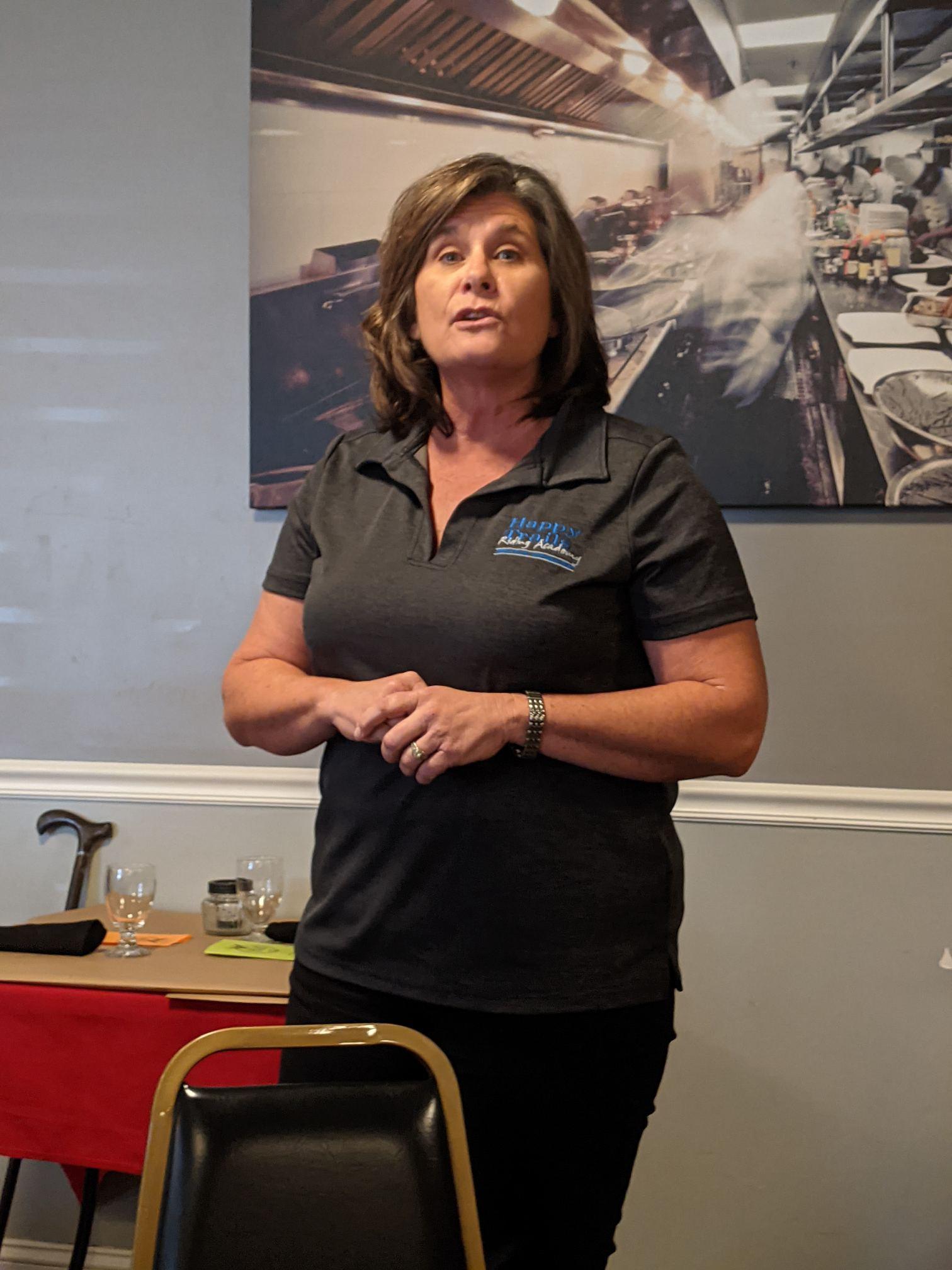 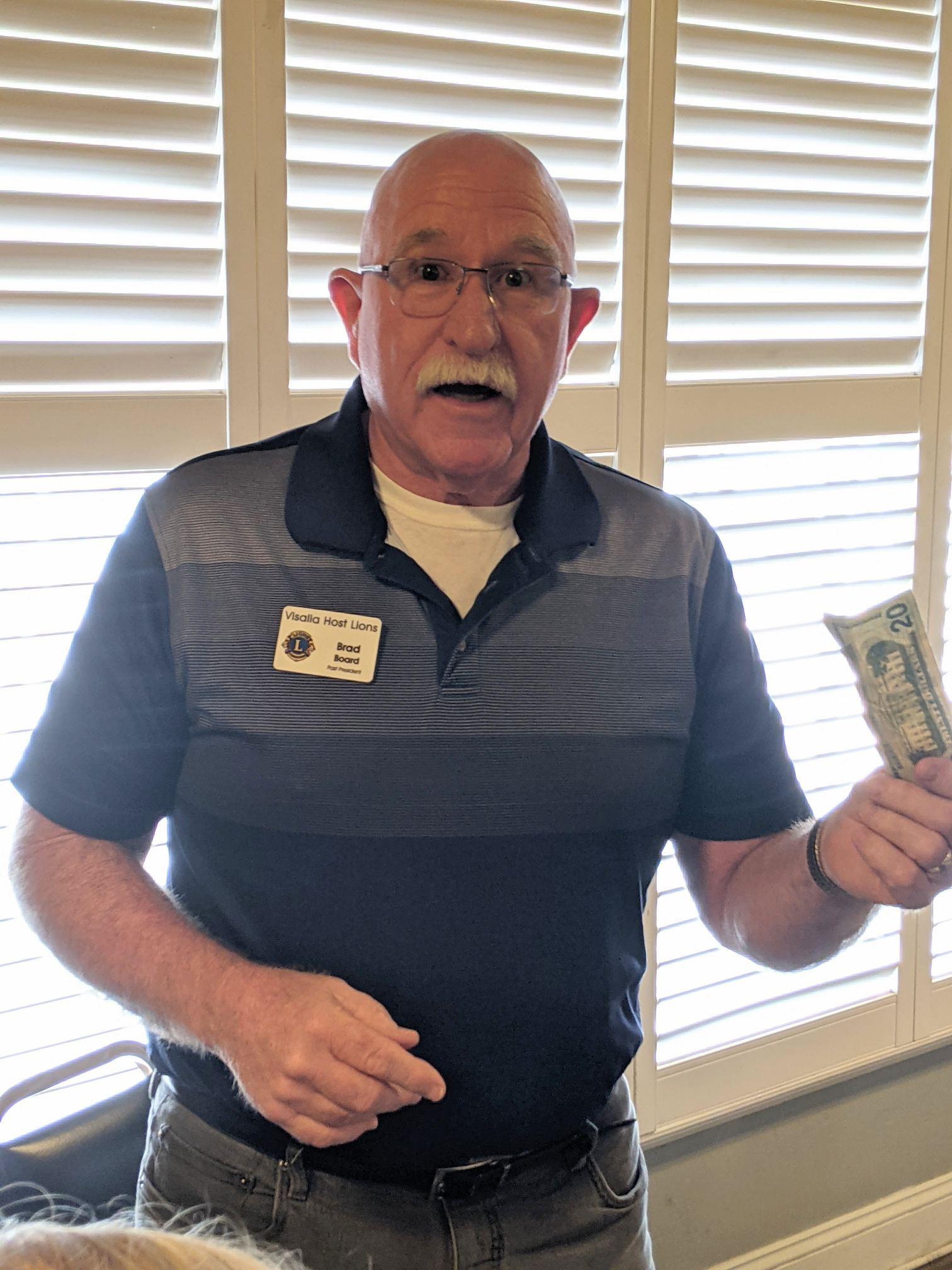 Lion Brad with his happy bucks. 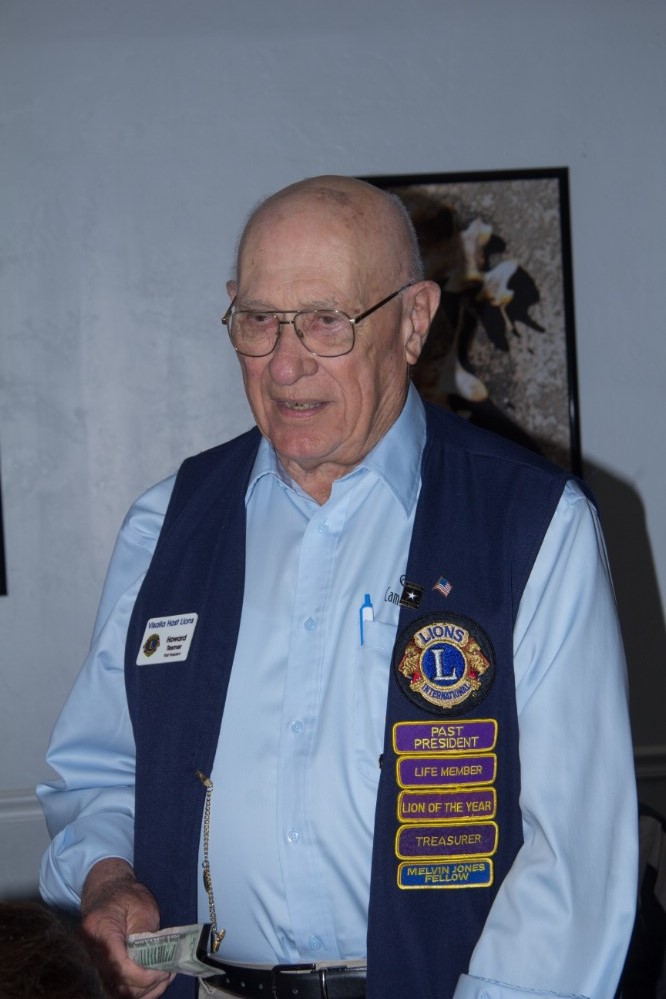 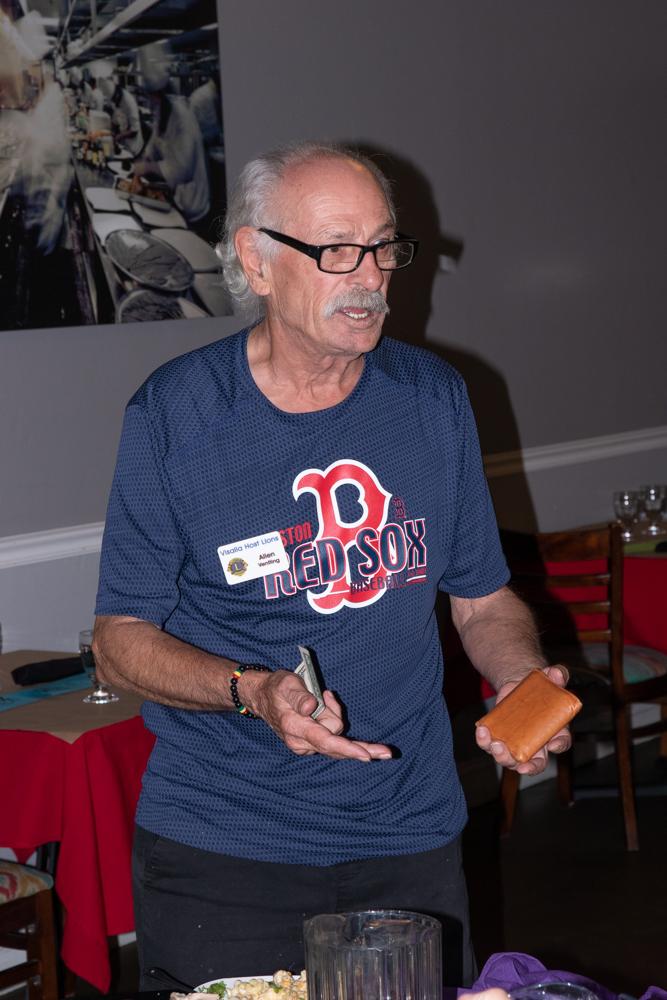 President Aaron announced that there would be a District meeting at the Lamplighter inn.

Karen McVaigh auctioned off a bag of chocolate fudge from her recent trip to Virginia City.

Lion Roy Dressel was happy that Lion Rick McVaigh was back at club and helping with the ROAR newsletter.  Because he commutes from Fresno, Roy was also happy to see a number of road work projects nearing completion.

Lions Dee Baughman and Pete Sherwood were happy about the Giants two wins over the Dodgers.

Tom Link enjoyed a baseball game and a Van Gogh exhibit during his recent trip to the Bay Area and donated ten happy dollars.

After cashing in at the slot machines in Tahoe, Lion Karen donated five happy bucks.

Lion Aaron was happy to have our guests at the meeting.

Lion Craig won the five dollar raffle and donated the proceeds to the Lions Eye Foundation.

Lion Allen Ventling won the free ad and asked that it be used to remember Lion Howard.

President Aaron won a shot at the marble drawing, but failed to draw the coveted white marble. 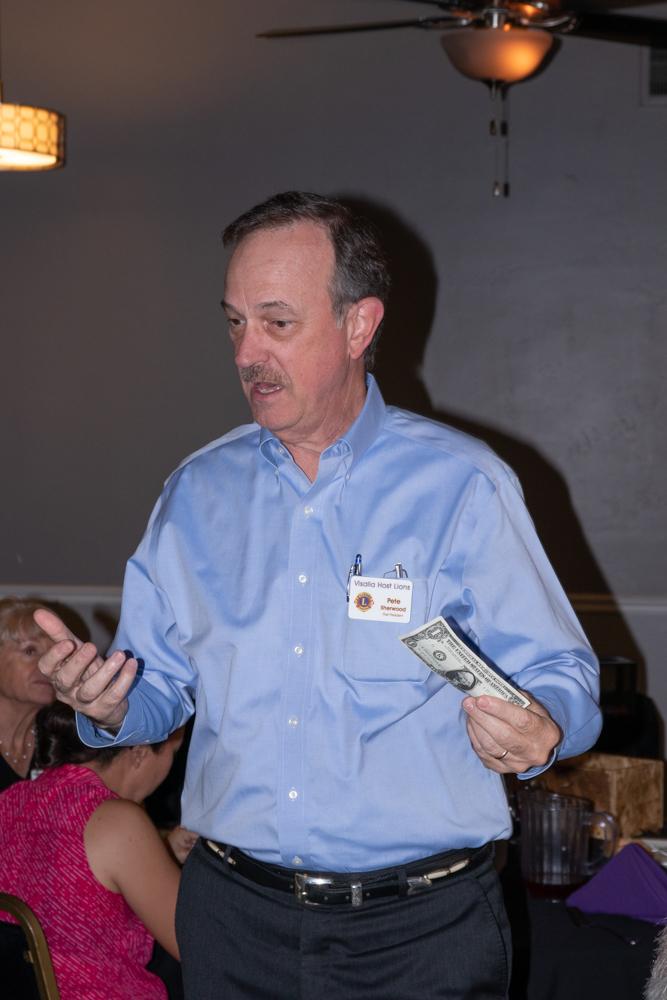 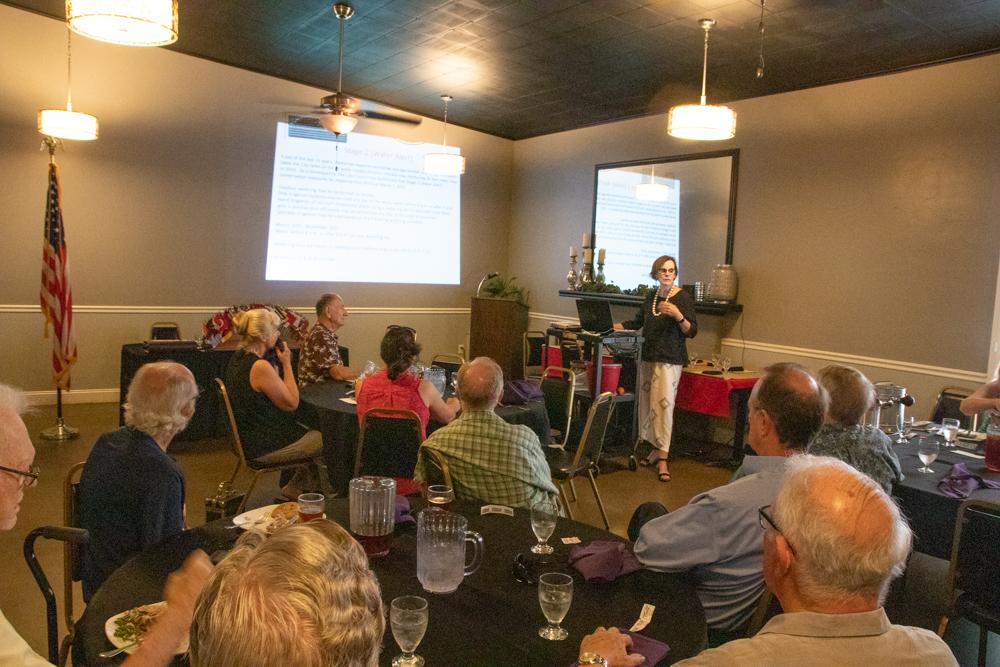 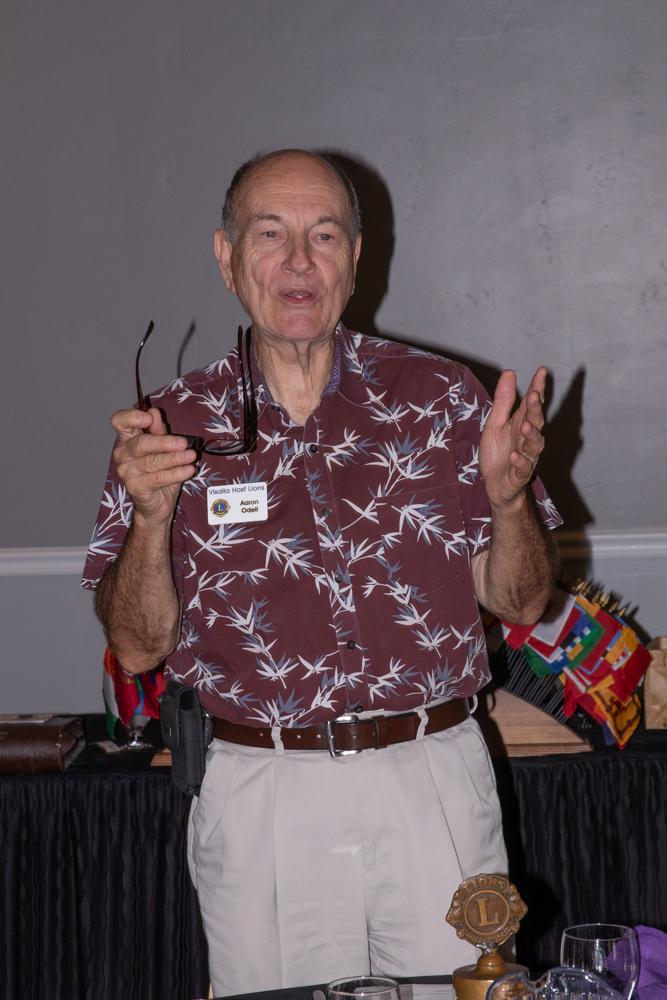