President Aaron Odell opened the meeting by asking Lion Dee Baughman to lead the flag salute, Lion Tom Link to lead a song, and Steve Gerrard to do the invocation.

Lion Tom Gaebe reminded Lions that October 16th is the date of the annual band review and field show.  Volunteers are still needed.

The memorial service for Lion Don Landers will also be  held at 11AM of October 16th.  There will  be a Luncheon at the Elks Lodge immediately after the services.

USC Trojan fan Tom Gaebe was happy that his alma mater  had won.

Lions Roy Dressel and Brad Board was happy to be back at Club.

Red Sox fan Allen Ventling is looking forward to his team playing on the West Coast in October.

Lion Tony Loliva won the five-dollar raffle and donated the proceeds  to the Lions Eye Foundation.

Lion Roy Dressel won  a shot a the marble drawing.

Master Fisherman John Parker provided a detailed presentation on his one of his favorite hobbies, Kokanee fishing.  He brought his equipment, which included rods,  reels and an extensive collection of lures; and shared his recipe for his favorite corn bait.  He also shared pictures of his boat and his impressive catches.

The September 10th meeting began with the Pledge of Allegiance led by Lion Tony Loliva.  President Aaron Odell asked Pat Harrison to lead his fellow Lions in song, and Pete Sherwood to perform the invocation.

President Aaron shared that the Club hopes to be selling pies as a fundraiser prior to Thanksgiving.

Giants fan Dee Baughman was happy his team was in first place atop the National League Western Division.

Craig Wheaton was happy to be sharing a presentation about his rafting trip down the Colorado River.

Lion Bob Line’s singing daughters will be performing at The Ranch.

Lion Steve Gerrard is now $75 richer after cashing in at a garage sale.

Lion Jeff Meader was happy to be back at Club.

Vicki Whitehouse’s husband continues to do well.  She also was happy to see Lion Jeff Back and paid a fine for her Dodgers.

Lions Bob Line and AllenVentling fined each other.

Board Member Jeff Meader fined himself for missing a recent meeting.

Dee Baughman won the five-dollar raffle and donated the proceeds to the Lions Eye Foundation.

Tony Loliva won a shot at the Marble drawing but failed to find the elusive white marble.

Adventurer Craig Wheaton shared pictures from a recent non-commercial rafting trip through the Grand Canyon.  Craig spent eight days rowing, hiking, exploring and camping on the river.  The trip began in Glen Canyon near Lake Powell, and ended with a hike from Phantom Ranch at the bottom of the Canyon to the top of the South Rim. 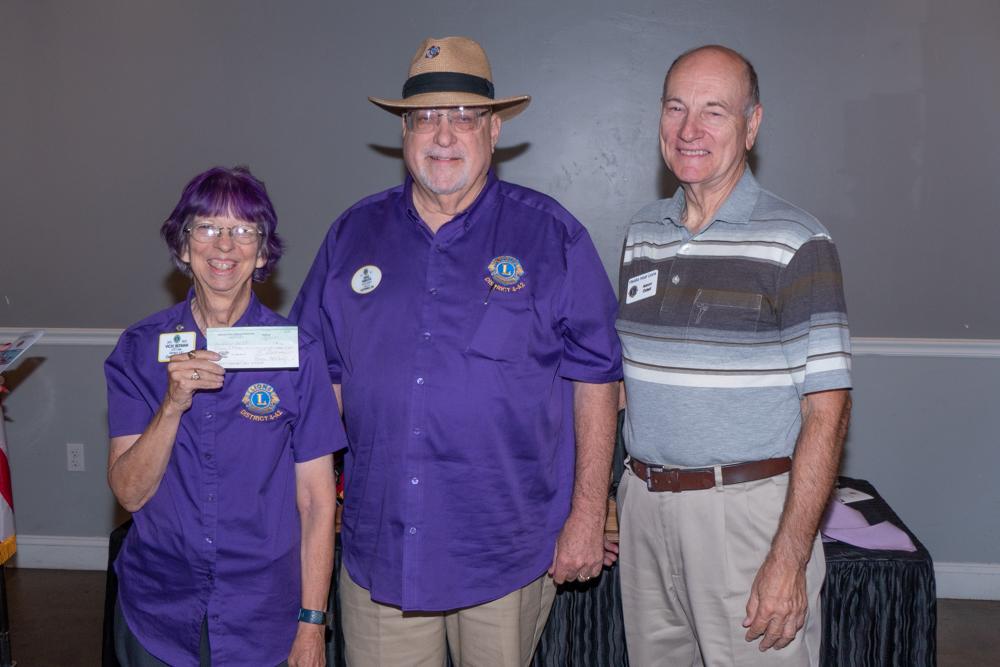 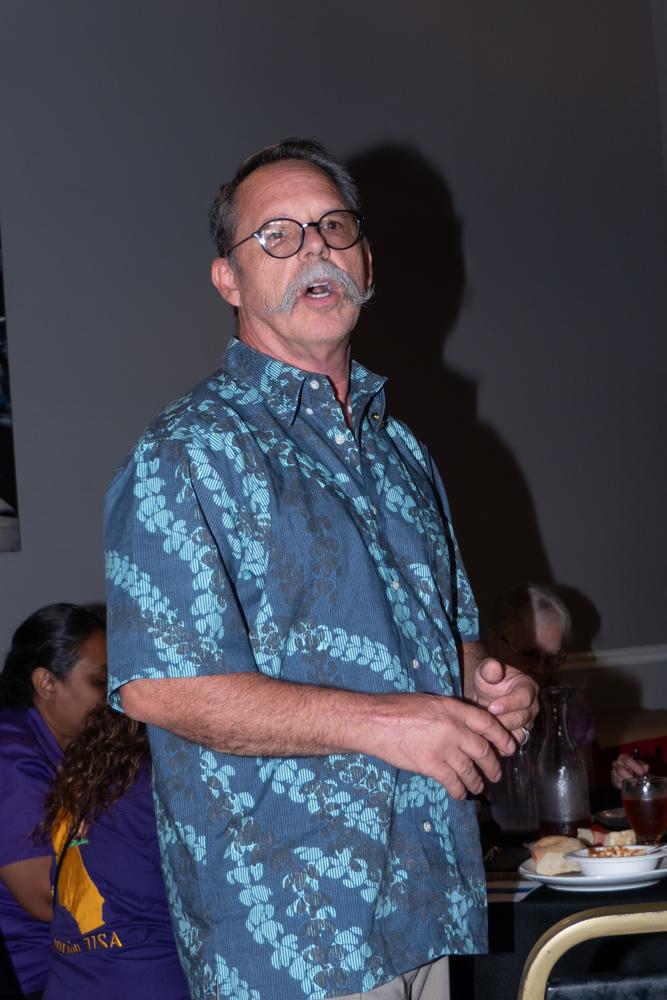 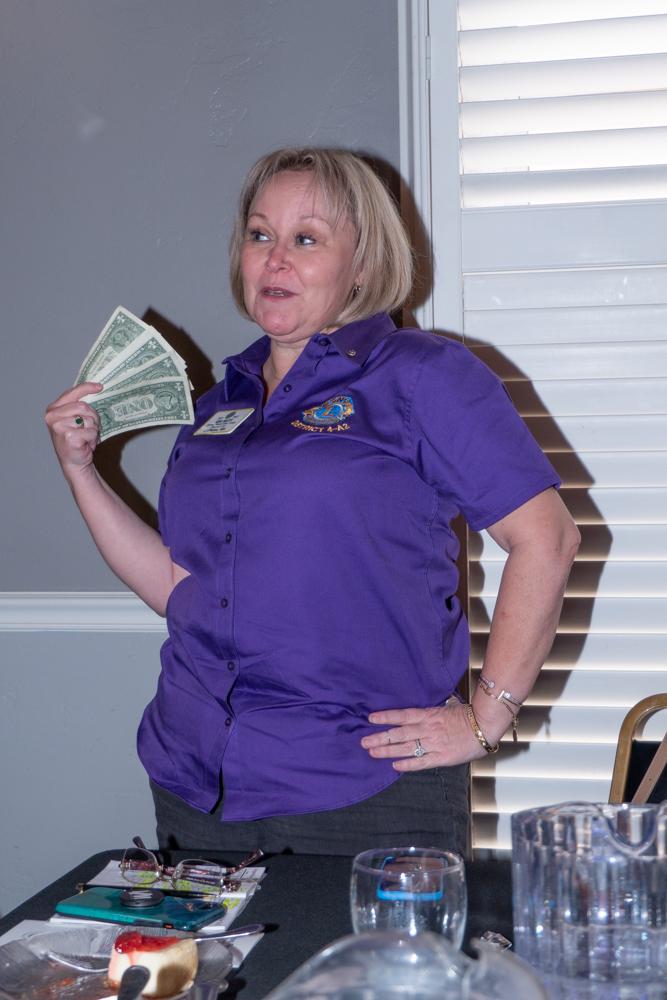 Lion President Aaron lead our meeting today and called on Lion Dee to sing our song, God Bless America. He also called on Lion Tom Link, who had just walked in the room, to do our invocation and Lion Tom was up to the task of thinking fast on his feet and delivered a nice one. Our flag salute today was lead by Lion Vicki.

We had too many guests today to name them all. Members of Charter Oak, Lemoore, and Hanford Lions club were present along with our new District Governor, Lion David Hamilton. In fact, they were all there to see David.

Being the first meeting of September, we celebrated the birthdays of Lion Tom Gaebe, Lion Tom Link, and Lion Tony Loliva, all of whom were present and accounted for.

PDG Al Kroell announced the Fresno Host Lions (the club that sponsored our club back in 1926) will be having their 100/101-anniversary party on October 23. The reason they call it their 100/101 is that this year they are 101 years old. Last year’s COVID put the kibosh on their plans.

December 11th is the date that the local Lions clubs will be charting a bus to go down to Pasadena to help decorate the Lions Float for the Rose Parade. The bus will leave at 5:30.

Lion president Aaron had $5 for all the guests today.

Lion John Parker had a happy buck because the Dodgers were tied with the Giants for first place. (Lion Dee said just for one day John, just one day)

Lion Tom Link was happy he got his COVID booster shot. (we all wondered how he got it so soon)

Lion Pat was happy Vicki was back and collecting money again and happy that several members of the Hanford Lions were with us today.

PDD Lion Al Kroell was happy to be with us today.

Lion Jan Beaty was happy she too had also got her COVID booster shot.

Lion Kim Beaty was happy to have been awarded her club’s Melvin Jones award recently.

Lion Allen was happy to see everyone today.

Lion Vicki was happy that her husband was doing great, it has been three years since his open-heart operation.

District governor David Hamilton paid a fine that was leftover from a Zoom meeting he had with us earlier in the year.

Secret greater: Your Roar editor today, Lion Roy was the secret greater today and garnered a lot of money for the club for being so unpopular.

Lion Steve won the $5 raffle and donated I to the Lions Eye Foundation.

Lion David Hamilton, our new district 4A2 governor was our guest today and he gave us a lot of information that he had found about our club’s history. Fun facts. 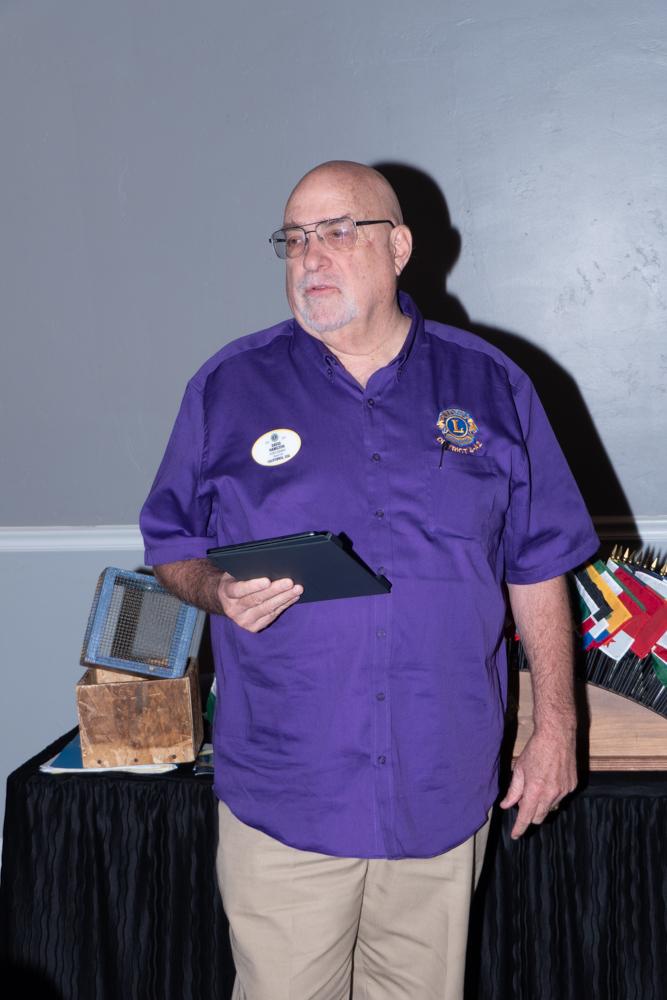 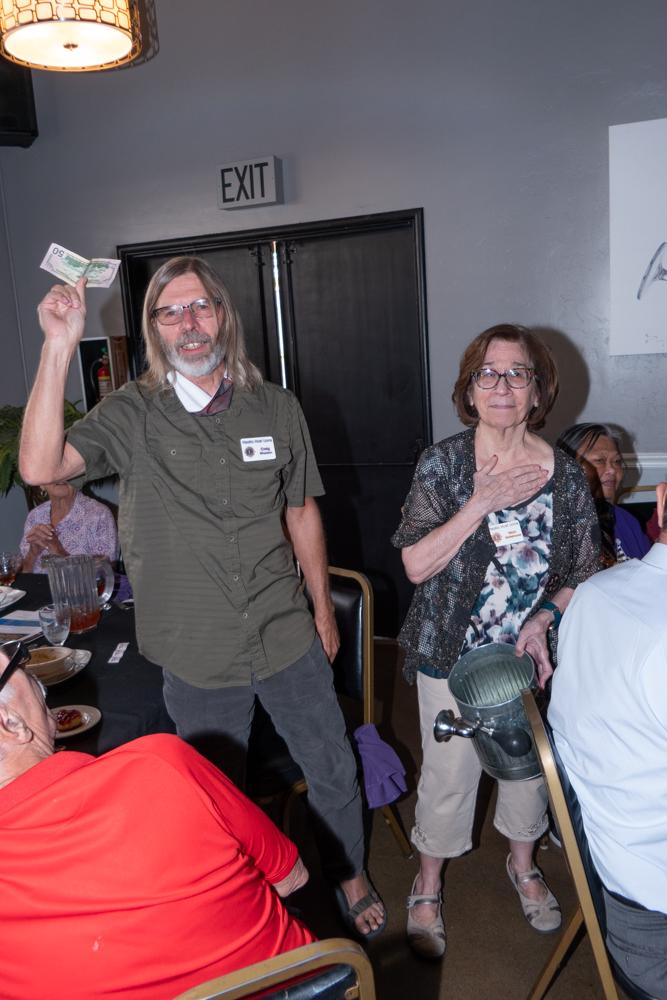 Lion Craig gave a %50 happy buck because he recently had big winnings. 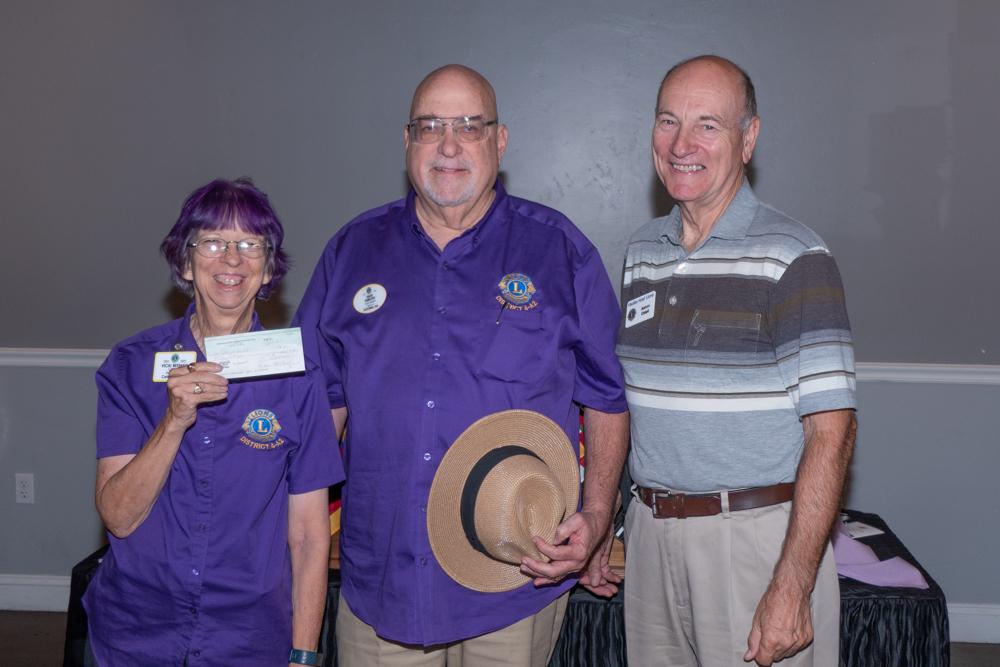 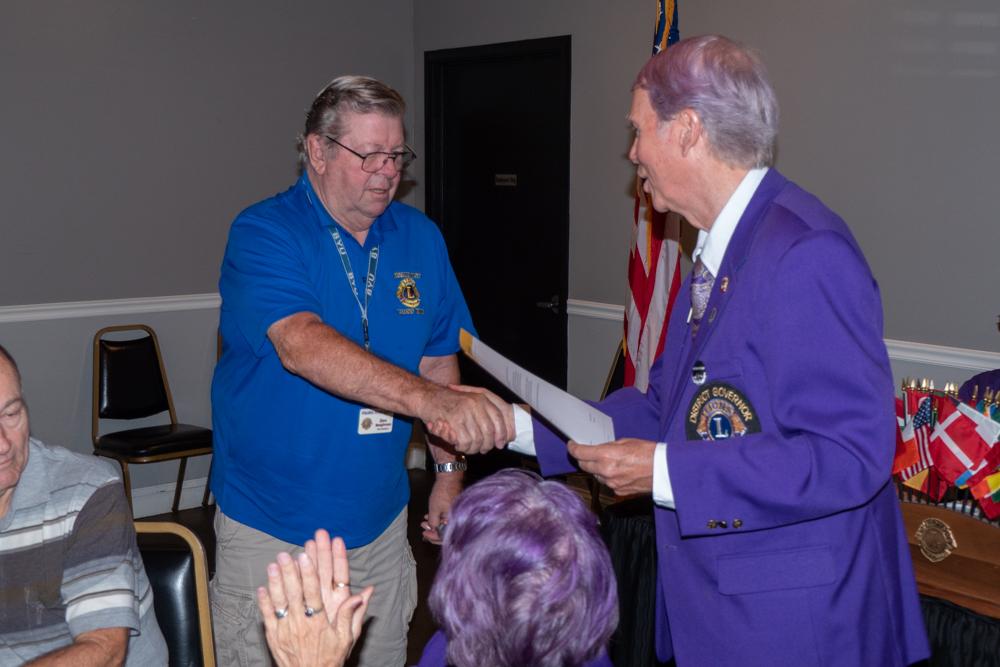 Lion Steve won the Free Add this week and I am so thankful.