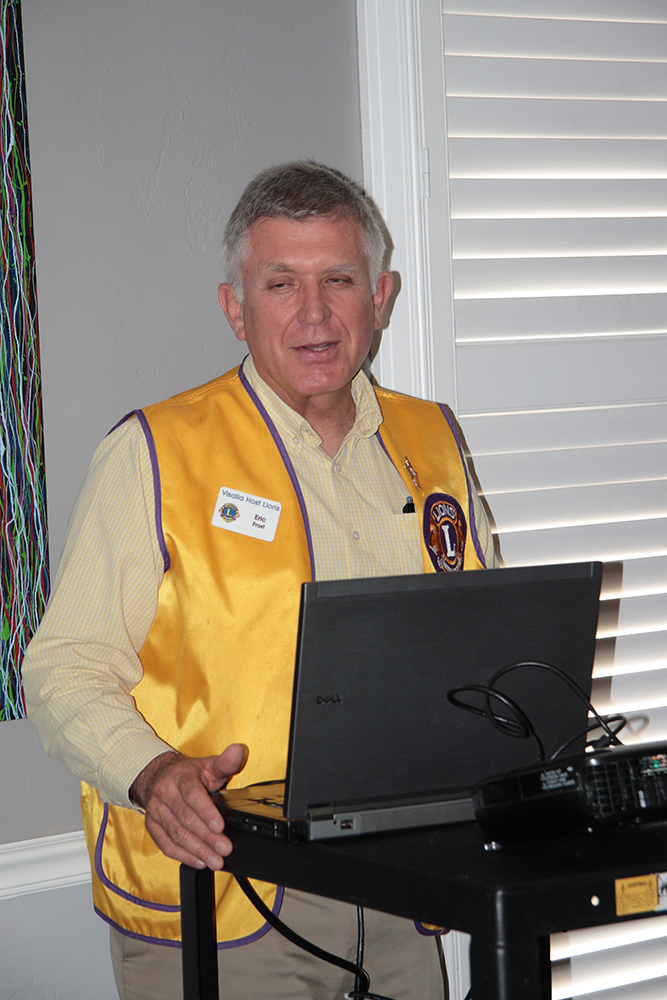 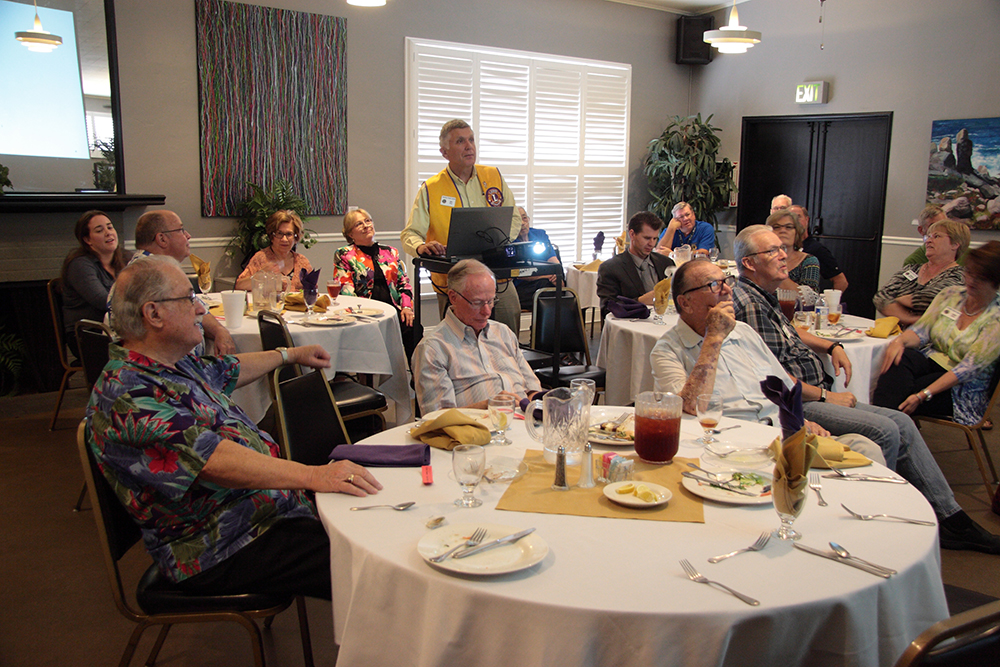 Lion Melinda Blankenship announced that there will be a vision screening event on Friday June 24th at the Dinuba Farmers Market. Lion Melinda also reminded members that the Club’s 90th anniversary party will be held on July 7th at the Visalia Country Club. The event will start at 5:30 PM. The dinner is free for Host Lions members and their spouses. For others, the dinner is twenty-five dollars. Invitations will be mailed to members, the Club’s past presidents and spouses of past presidents.

Lion Eric Frost was happy to have his grandkids here from Utah. He has been filling their days with donuts in the morning, chasing pollywogs in the St John’s River, and double sessions of swimming.

SF Giants fan Lion Dee Baughman was happy that his team extended their lead in the NL West to four games. Lion Dee has been spending his time with his granddaughter at McDonalds and Baskin Robbins. His wife is also turning 70.

Lion John Parker will be heading to Oregon next week for a fishing trip with his son.

Lion Chris Baldwin was happy that his baseball player son made little league all stars and a traveling team.

Lion Carol Jones was happy to be leaving for the Coast after the meeting. Lion Ed Jones shared that he is glad that his kids are grown so that he and Carol can do what they want -- which for this week means going to the Coast.

Vice-President Roy was happy that his oldest grandson is doing well after an appendectomy at Valley Children’s Hospital. Lion Roy shared that it only hurts when he laughs.

After having to repeat what was being said at the meeting, Lion Dee Baughman fined Lion Bob Bricker.

Lion Chris Baldwin fined Lion Justin for a “short joke” about another Lion.

Lion Karen McVaigh fined herself for leaving early to attend to business.

Secret Greeter Samantha Ferrero fined a whole table of members that failed to shake her hand prior to the meeting as required. Vice-President Roy fined himself for not secret greeter a the last meeting.

Vice-President Roy won the five-dollar raffle and generously donated the proceeds to the Leo Club. Lion Karen McVaigh won the lottery tickets. Lion Rick McVaigh won the shot at the marble drawing, but failed to draw the elusive white marble.