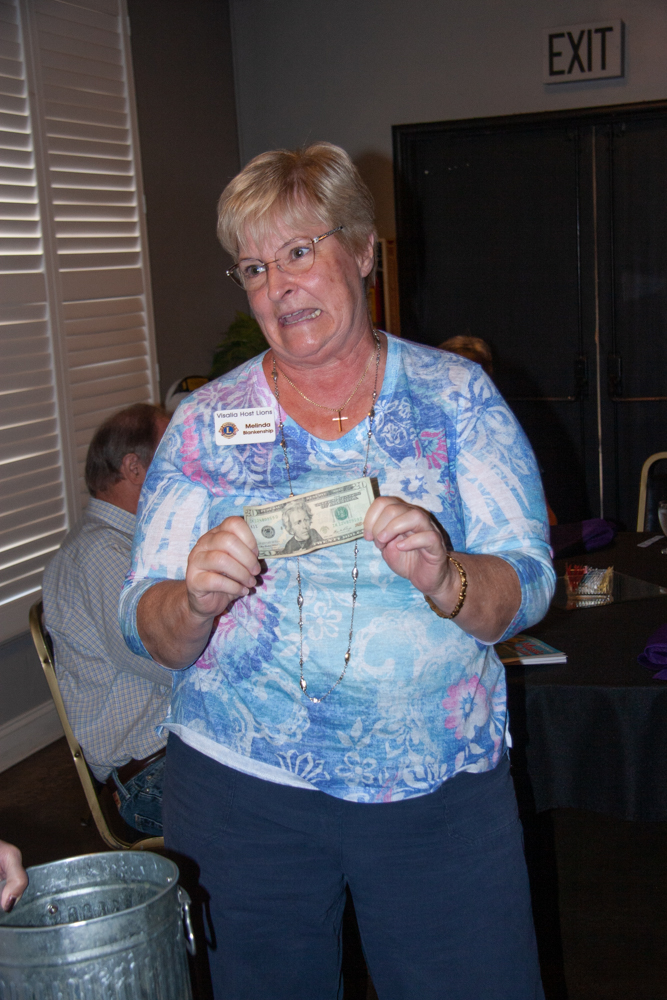 Music therapist Kelly Schofield was a guest at the meeting.

Back from her recent trip to the Emerald Isle, Lion Carol Jones auctioned off Guinness Chocolate and Shamrock Shortbread.  Lions Steve Gerrard and Melinda Blankenship donated 15 dollars apiece for the goodies.

Lion Melinda Blankenship thanked everyone again for their help with the Golf Tournament and donated 20 happy bucks.

Both Lions Ed Jones and Roy Dressel were happy the Dodgers are still in first place atop the National League’s Western Division.  Lion Ed also celebrated his 38h anniversary with Lion Carol. They may or may not be heading to Florida next, depending on the path of monster hurricane Dorian.

Lion George Fry predicted that year would be the year of the San Francisco Giants.

Lion Vicki Whitehouse was happy her husband is still doing well, and that the golf tournament was a success.

Lion Vicki Whitehouse attempted to fine Lion Craig Wheaton but was foiled by the no-fine badge.

Lion Dee Baughman complained that Lion Aaron Odell was holding up his genealogy research on the Odell family.

Lion Craig Wheaton fined Ed and Carol Jones after tipping their Terra, a server, heavily on a wine trip. 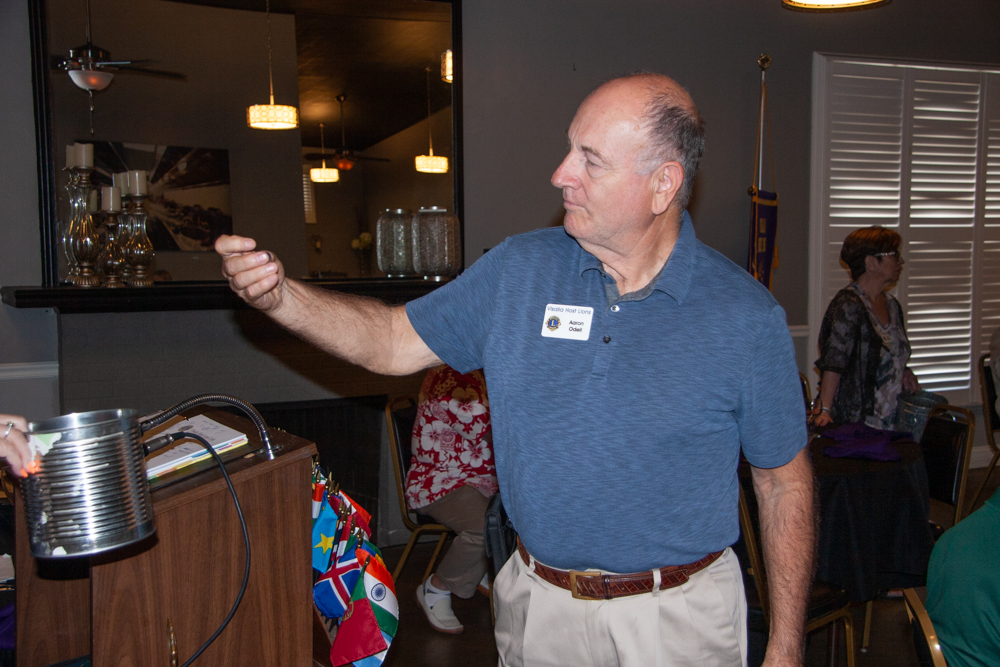 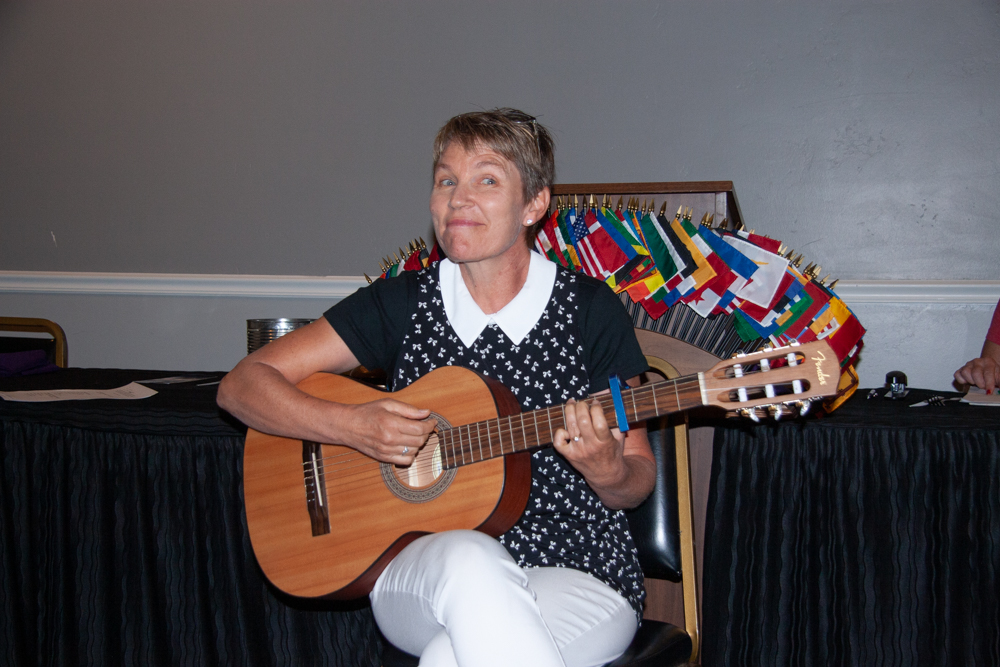 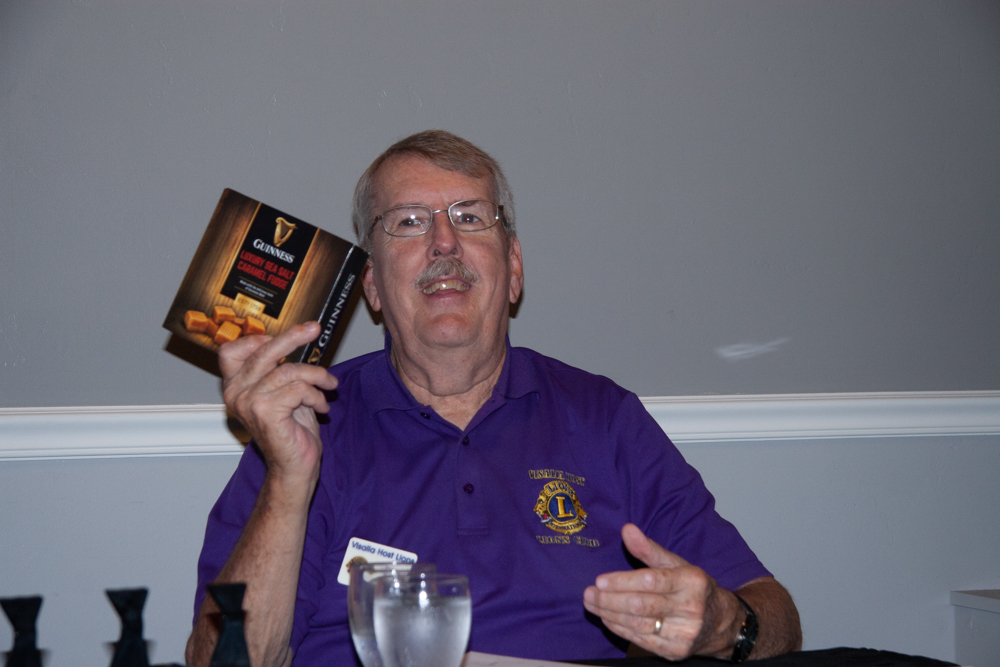 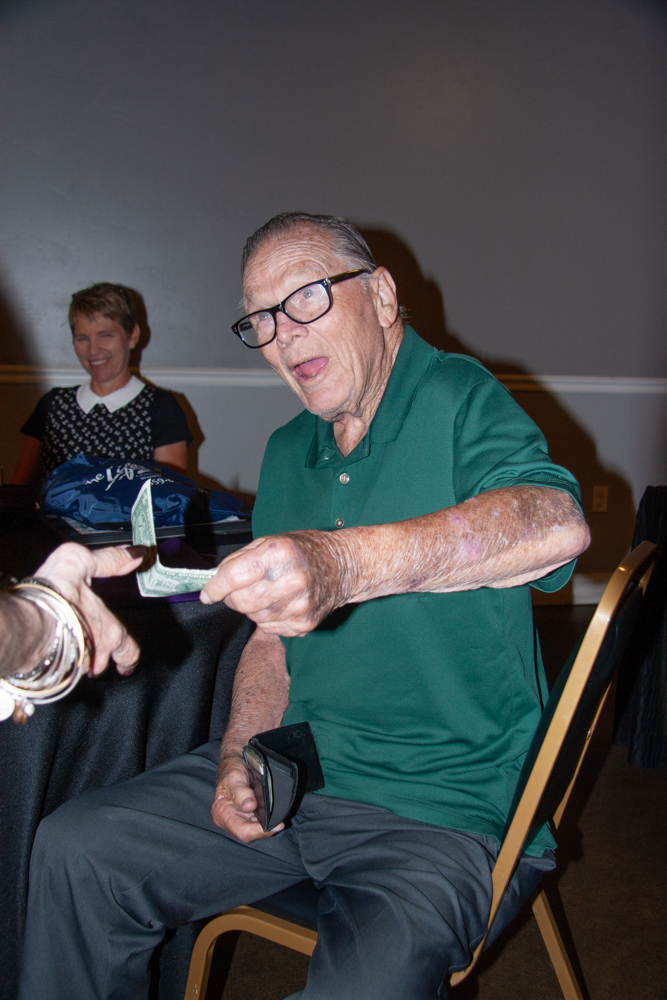