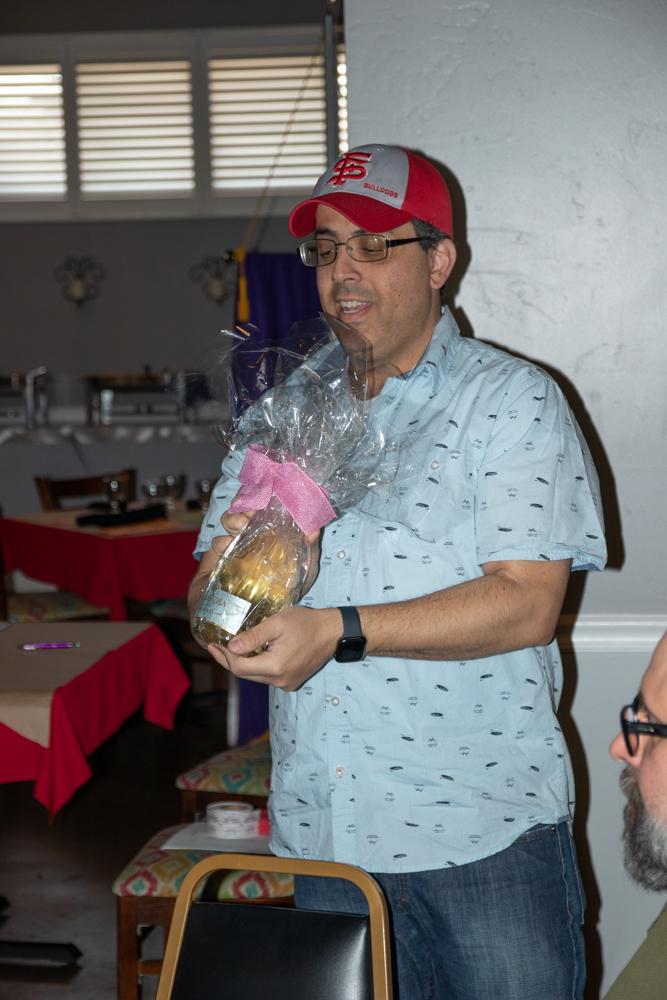 Former member Jamile Nuswat was a guest today and brought along a bottle of champagne to auction off. 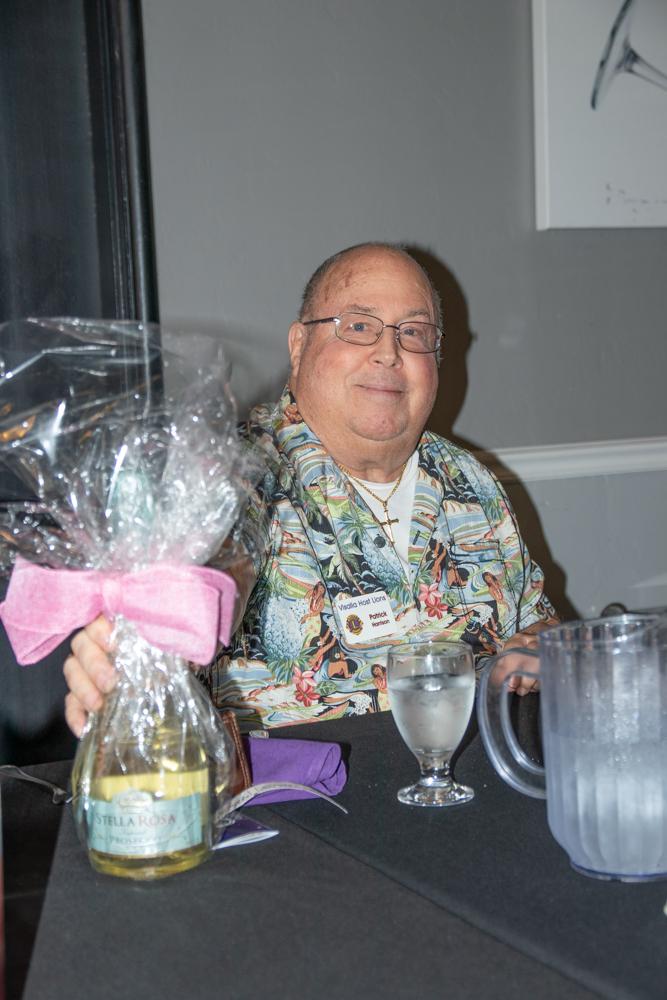 Lion Pat bought the bottle from Jamile for $30

Lion president Arron lead the meeting today and called on Lion Dee to sing God Bless America, Lion Pete to do the invocation, and Lion Karen to lead us in saluting the flag.

Lion Dee announced that he still is taking orders for his granddaughter’s girl scout cookies, plus he delivered boxes to those who ordered last week.

Guest and former Lion Jamile was happy to be back at the club and intend to join again.

Lion Pat was $5 happy to see Jamile, Justin, and Nima at the meeting today.

Lion Pete was happy to have gone to the Redwood-Whitney basketball game last week.

Lion tom was happy to have got a couple of pars in his morning golf game, he was also happy to be going to the coast next weekend with friends.

Lion president Aaron was happy to see our guests.

Lion Vicki was happy that her husband was doing good, she was also happy to see the three hansom guests today.

Lion Pat was happy that his daughter was happy to go back to work at the VA after a disastrous experience with a private health care group.

Lion Vicki find Lion Tom Link for another short joke, and she fined the entire group for not mentioning all the candy hearts she had put on the tables.

Lion Tom Link won the $5 drawing and donated it to the eye foundation. 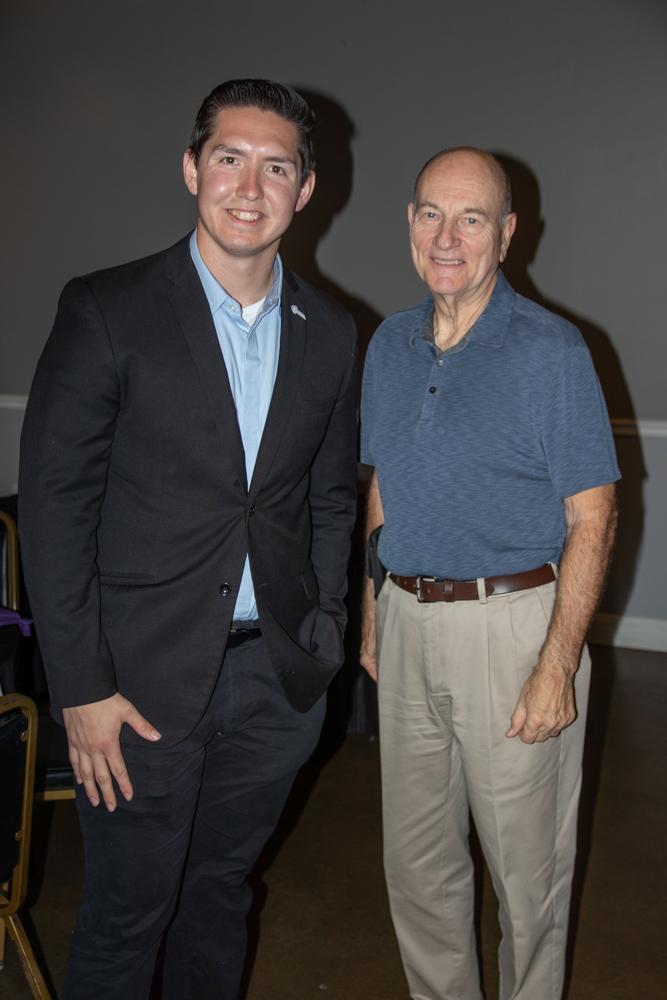 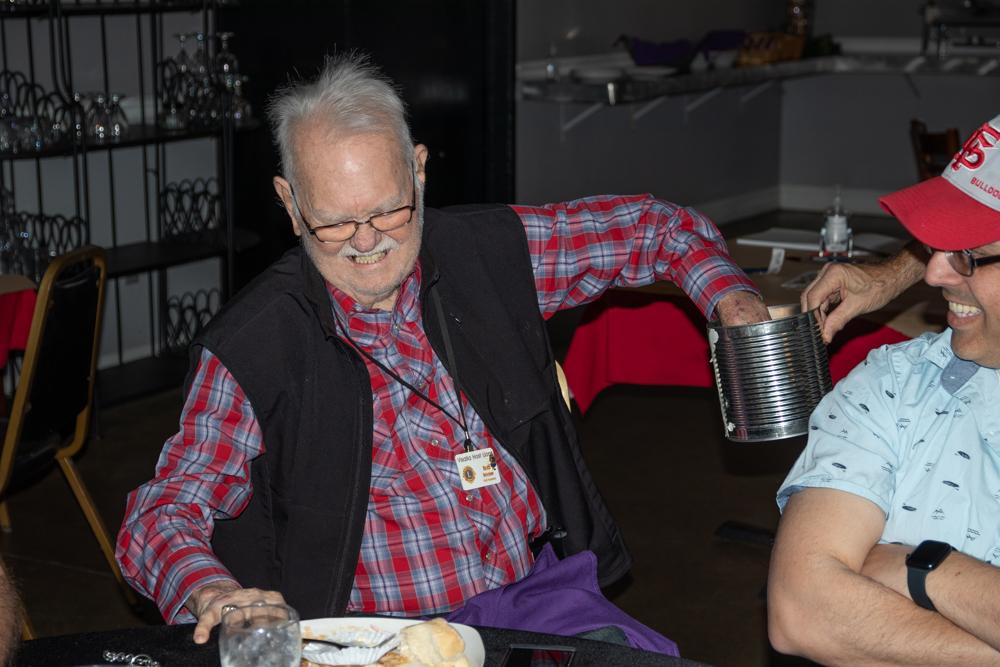 Lion Bob Bricker won the ability to draw for the white marble but was not lucky enough to get it.

Lion Bob Bricker won the free ad and
would like to remind members about the
May 13th golf tournament.

Super Bowl Party for the Homeless

Sunday was our club’s annual Super Bowl party for the homeless at the Visalia Rescue Mission. Lion Allen go the ball rolling this year and Lion Lauri did the organizing as Allen was out of the country with his sons. Lions Lori, Melinda, Aaron, Betty, Dennis, and Roy were on hand to help serve the residents of the VRM’s program. Let’s just say that no one went hungry as there were chips, meatballs, turkey and ham sandwiches, veggies, and at halftime, out came the hot dogs. It was a fun day and all the recipients were very appreciative. 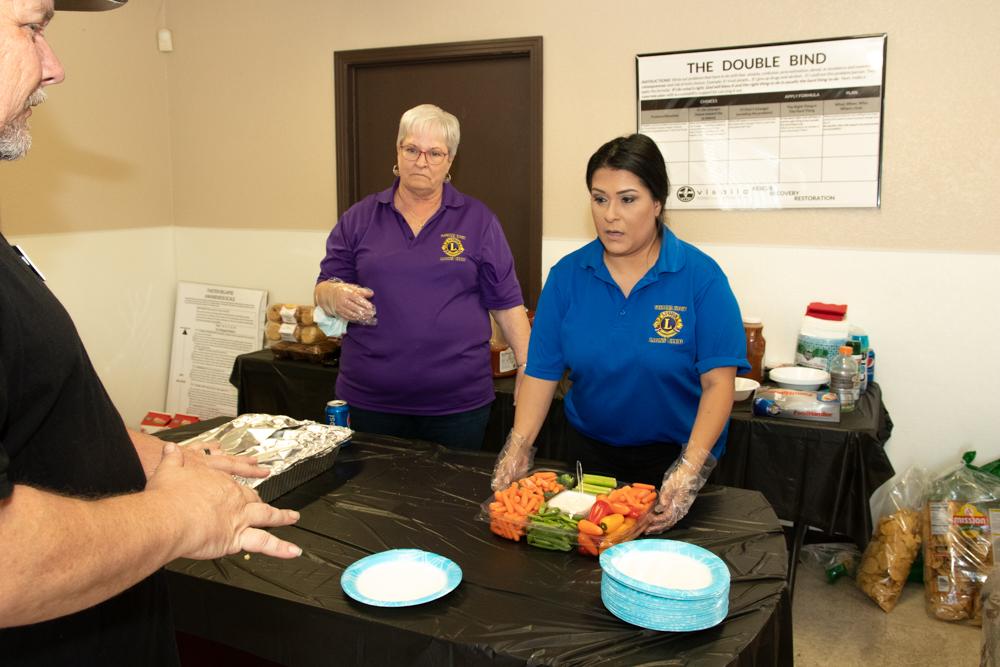 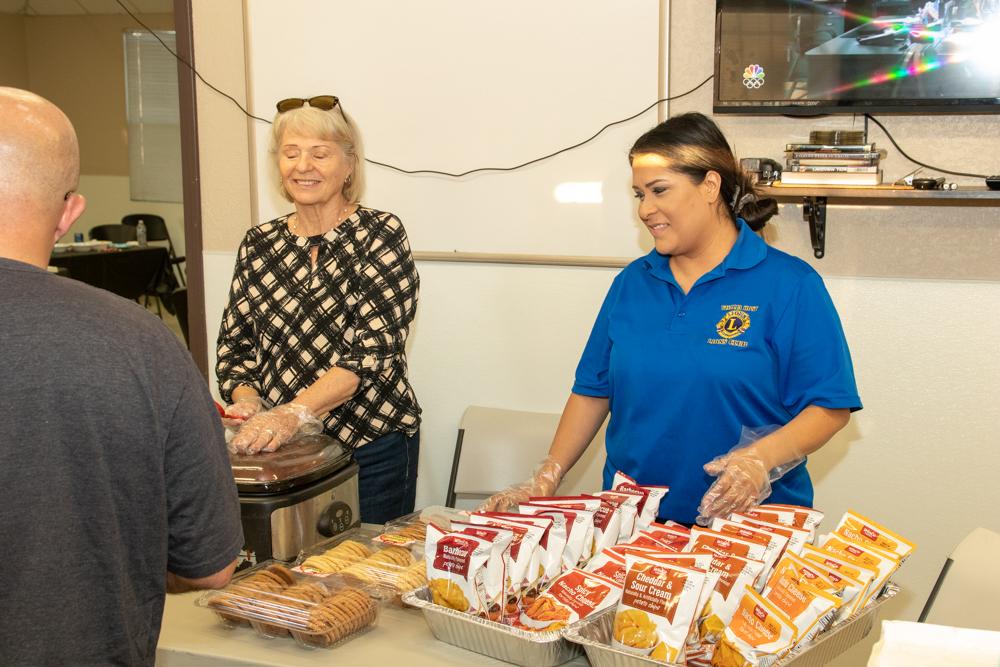 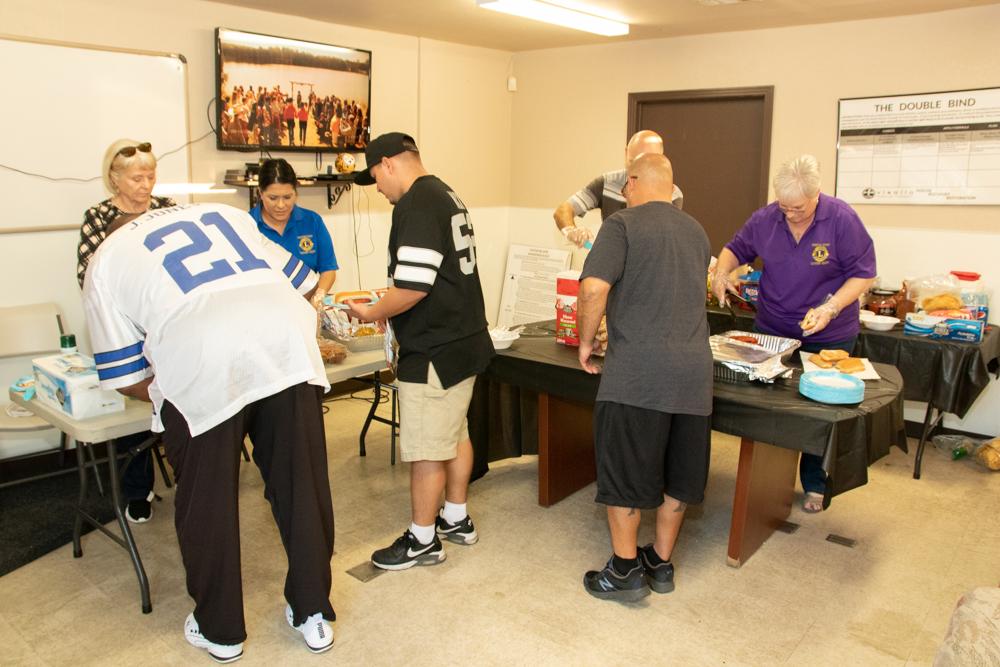 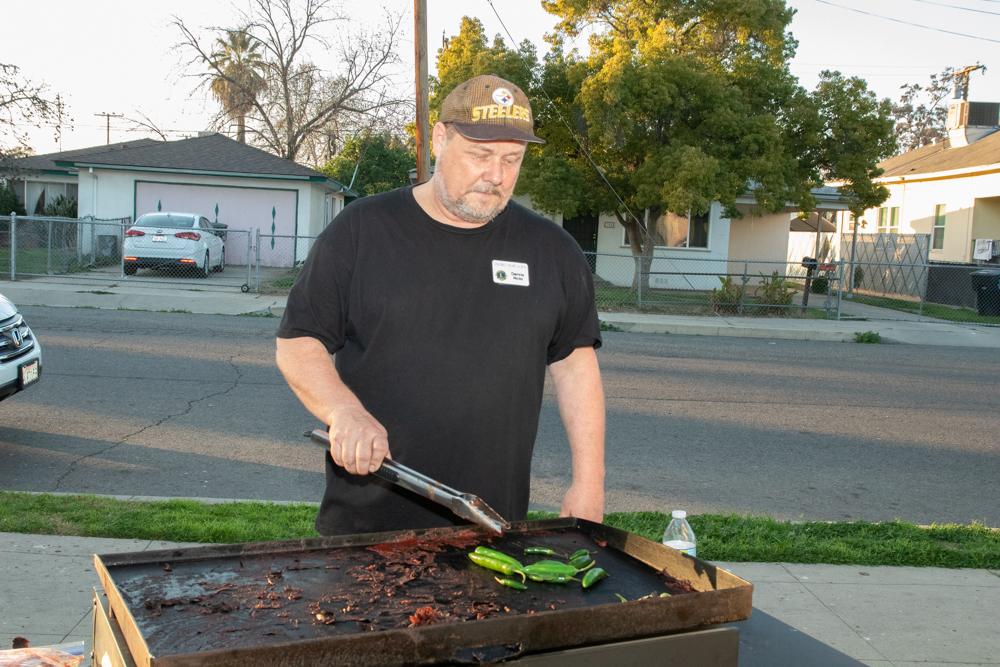 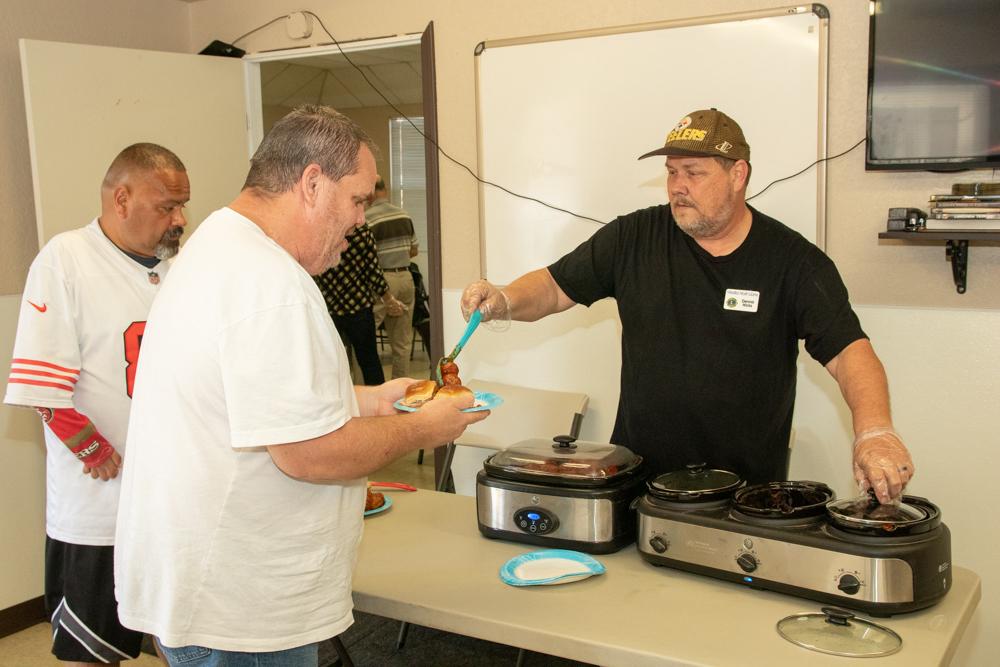 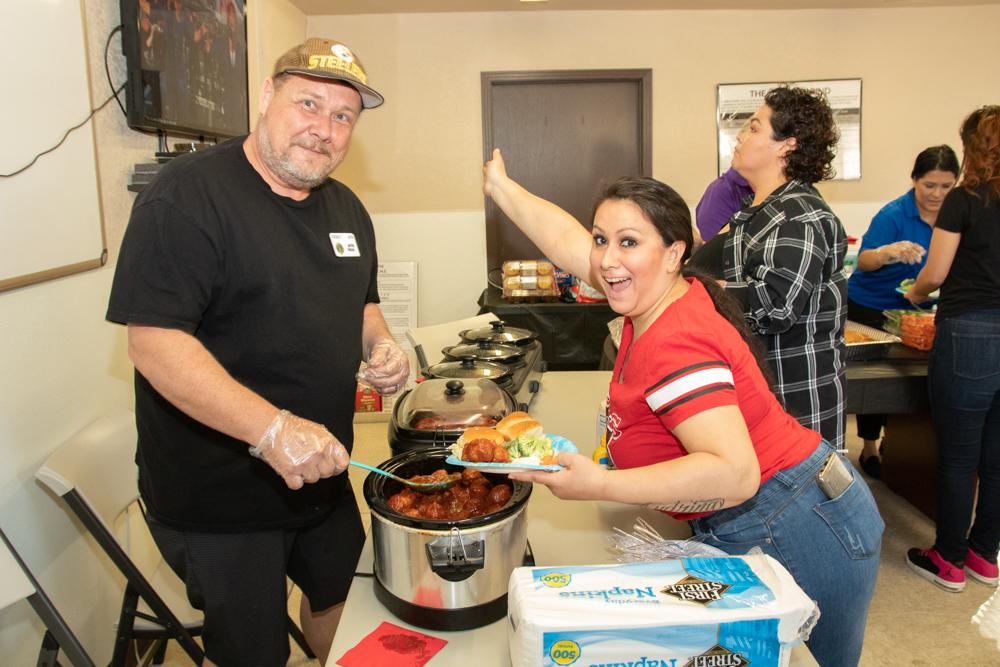 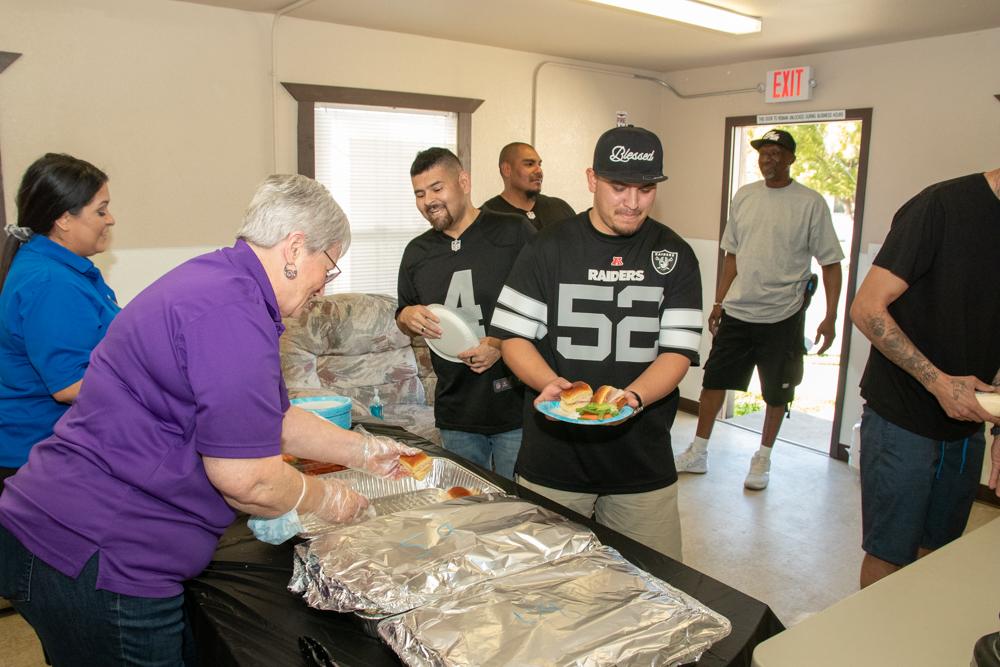 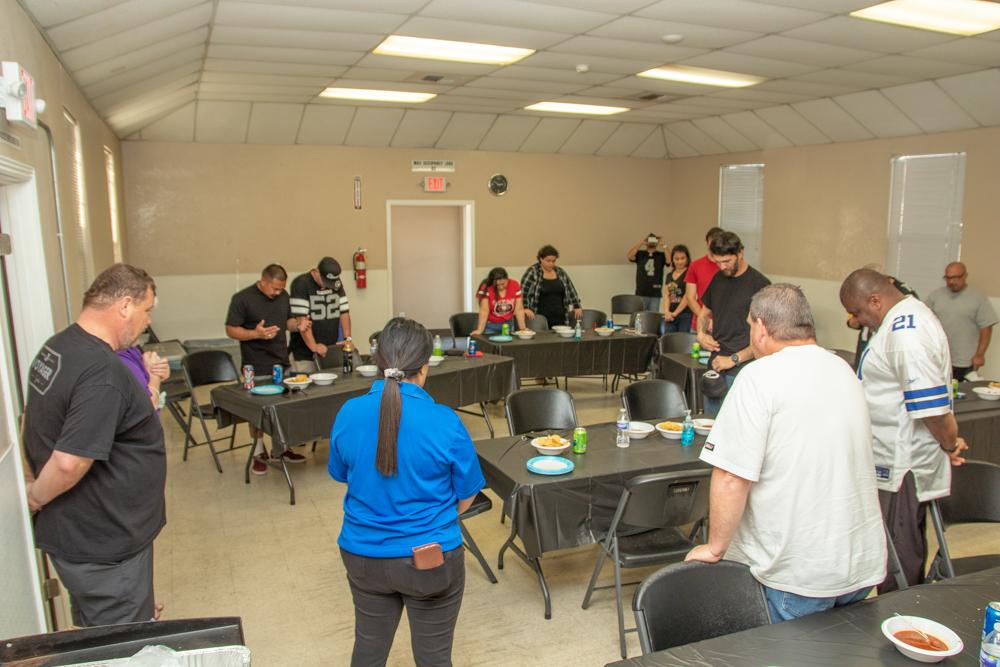