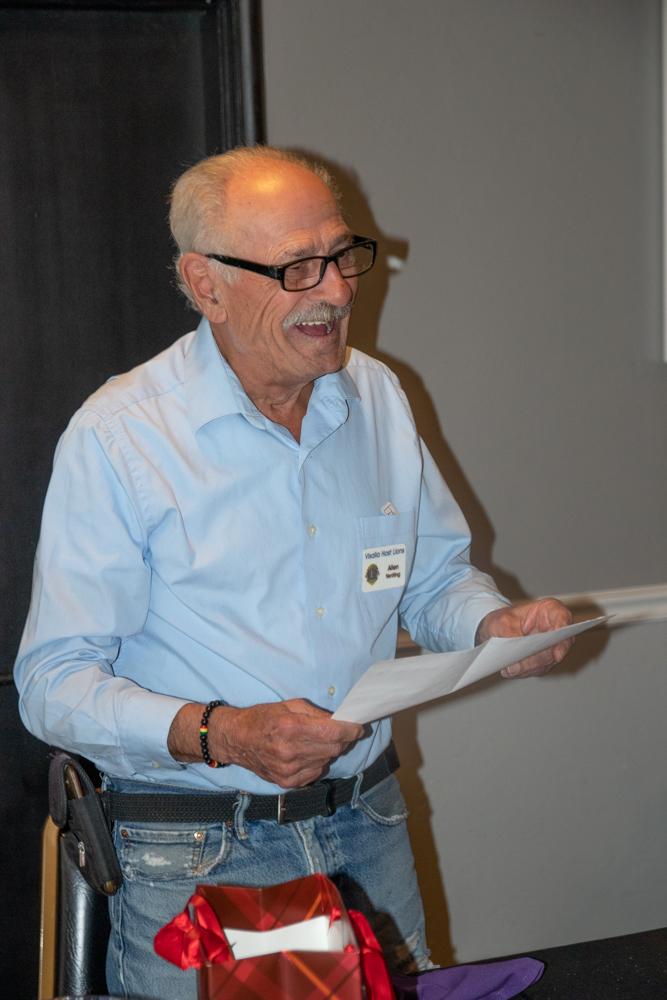 Lion Allen reads off the names of the winners of the Football pool.

CLion president Aaron lead the meeting today and called on Lion Allen to lead us in saluting the flag, Lion Bob Line to lead us in singing the song, and Lion Pete to do the invocation.

Lion Tony was the secret greater and was able to avoid several people and earn the club some much-needed cash.

The golf tournament and Murder Mystery Dinner are canceled for this year.  After much discussion at the board meeting on Wednesday the 16th, the board decided to cancel both fundraising events this year and concentrate on a membership drive, highlighted by a membership mixer. Due to the declining membership in our club, the board felt that nether fundraiser would be a success. A membership mixer committee is being formed and the first meeting will be this Wednesday the 23 at 5:30 at Quail Park Shannon Ranch. Contact Lauri, (laurimaguilar@gmail.com     559-936-5712) who will be chairing the committee, to let her know if you would like to be on that committee.

Lion Allen announced the winners of the Superbowl pool were himself, Lion Roy, who won two quarters, and Lion Pete. He also announced that there are two seats left for the Young Life banquet this coming Friday the 25th. Call or text (559-936-4563)  him for details. The club has already paid for the tickets so it’s free food.

Lion Dee announced that he still is selling Girl Scout Cookies for his granddaughter, $5 a box.

Lion District Governor David Hamilton and his wife Lion Gloria, along with our program, Huston school principal Adrian Leal were our guests today.

Lion Allen recently returned from Puerto Vallarta and had a T-Shirt that he auction off. Karen purchased the colorful shirt for $12.

District Governor Lion David Hamilton was happy to be at our club and happy to pick up our donations to the Leo Clubs.

Lion Steve was happy because the Rams won the Superbowl. He has been a fan since 1949.

Lion Roy had $5, his 10% to the club share of his Superbowl pool winnings.

Lion Dee was happy that his wife was returning on Saturday after leaving him for a few days.

Lion Pete was $5 happy for his Superbowl pool winnings.

Lion Allen was happy for the success of the Superbowl party at the rescue mission and happy that he had a great trip to Mexico with his son.

Lion Craig was happy to see Adrian from Huston school today, happy that he had been doing a lot of Skiing, and happy to see Vicki and Gov. David.

Lion Vicki was happy her husband was still doing well, that Adrian was our program today, happy that the Rams won, and happy that she was sitting next to Lion Tony today.

Lion Craig fined Lion Vicki for talking about her “other” club.

Lion Dee fined Lion Bob Bricker because Bob didn’t know how to work his phone. He had called his granddaughter by mistake while at the meeting.

$5 went to Lion Vicki, who donated it to the Leo club.

Lion Tony drew for the coveted white marble but came up with some other color that did not net him anything.

Adrian Lean, principal of our adopted school, Huston elementary was our program today. He talked about the school getting back to normal after two years of COVID protocols. One thing that will be coming back this year will be field trips. All good to hear. 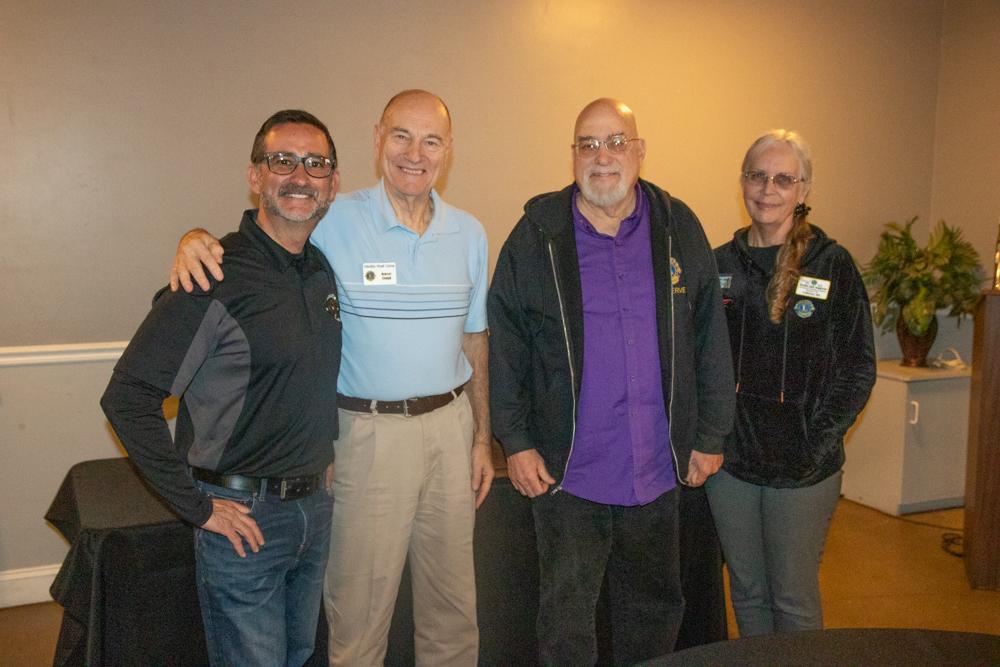 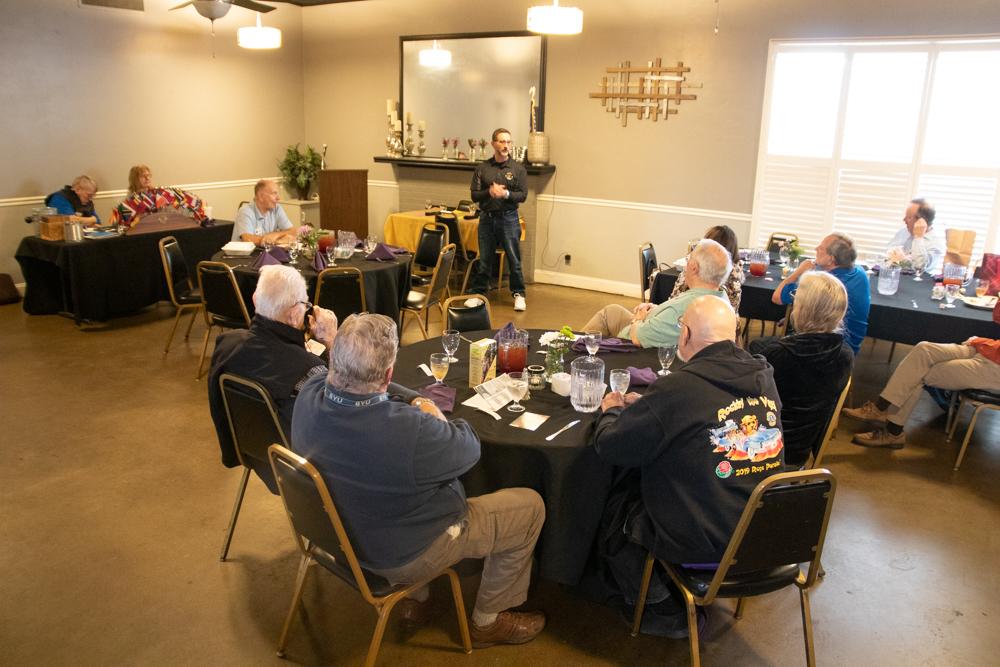 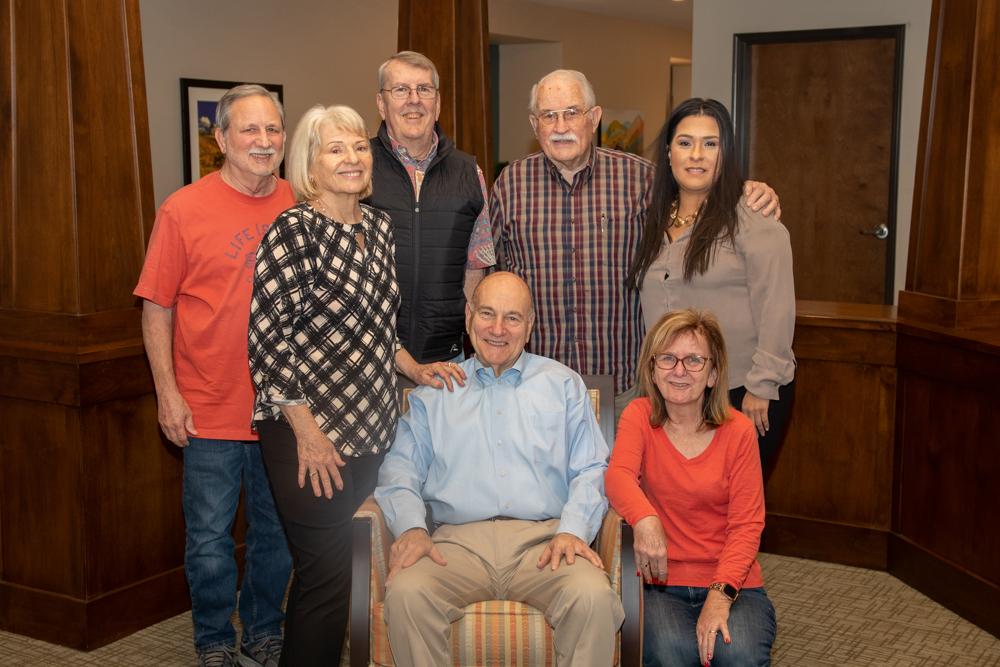 Board members at last Wednesday’s meeting. 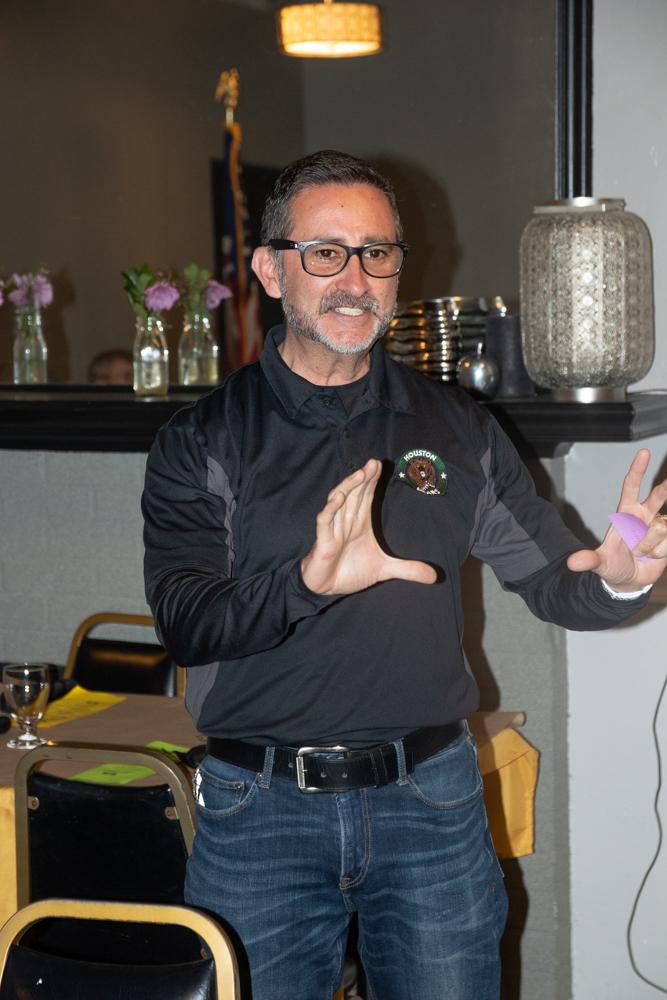 Getting well ahead of this year’s Football season, Lion Bob
Bricker wanted everyone to know where his allegiance was.