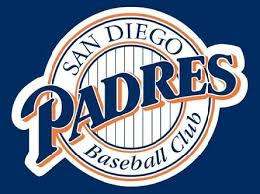 Guests for the meeting included Betsy Leon of Visalia Rescue Mission and Josh Banda of the Sequoia Symphony Orchestra.

Lion Pat Harrison won the “no-fine” badge for the meeting.

Lion Dee Baughman shared that, beginning in August, we will need another liaison for our Leo Club.  Interested lions should contact Lion Dee.

Betsy Leon of Visalia Rescue Mission presented a Thank You card for our Club’s support.

Lion Ed Jones donated ten dollars in lieu of providing an auction item after his most recent trip to Morro Bay.

Lion Brad Board will be traveling to Bellflower for his Grandson’s 3rd birthday.

Lion Craig Wheaton will be attending his last meeting in Sacramento.  He also noted that, now that a long ski season is over, he has stopped praying for snow.

In the absence of Lion Ruth McKee, Lion Allen Ventling wished everyone a happy Friday.  He also shared that the insurance he carries on his son’s cell phone paid off after he dropped a large weight on it at the gym.

Lion Ed Jones shared that his wife Lion Carol is having a good time at the Coast.  Lion Ed was also happy that the Dodgers are “awesome” this year.

Lion Don Landers is back from a trip to Pismo Beach.

Lion Darryl Farnsworth was happy to be back at Club.

Lion Vicki shared that her husband continues to do well and that the weather has been great.

Lion Jeff Meader fined himself for having to leave early to return to work.

Executive Director Joshua Banda provided an update on the Sequoia Symphony Orchestra.  The Orchestra just finished a great season with guest singer Betsy Wolf, Music for medicine at the Hospital, and a youth concert.  For its next performance the Orchestra will accompany the movie Raiders of the Lost Ark on October 18 and 19.