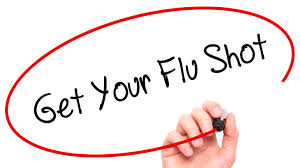 Guests for the meeting included Caity and Julianna Meader, wife and daughter of Lion Jeff Meader; Vinnie Longo and Julian Rifkind, of the Visalia Rawhide; and Journalist Paul Hurley.

President Rebecca reminded Lions that there would be an Executive Board Meeting on Tuesday, January 10th. Rebecca also shared that the Charter Night for the new Selma Lions would be January 28th at the lamplighter Inn in Visalia.

Lion Jeff Meader was happy that his wife and daughter could join us for the meeting.

After losing a crown, Lion Roy Dressel was happy that his dentist was able to quickly replace it.

Denver Broncos fan Lion Dee Baughman was happy that his favorite team was able to defeat the injury-plagued Oakland Raiders.

Lion Melinda Blankenship said she had a wonderful holiday season, and was also happy that Lion Ruth was back at Club and that her favorite green veggies were served for lunch.

Lion Craig Wheaton was happy for the recent rain and snow.

Lion Bob Line shared that he was happy to be on the Board of the award-winning Sycamore Valley Charter School, which is affiliated with the Tulare County Office of Education. Lion Craig Wheaton is the County Board’s liaison to the school.

Secret greeter Chris Baldwin fined Lions Bob Line and Tom Link for not shaking his hand prior to the meeting as required.

Lion Glenn Mar won the five dollar raffle and donated the proceeds to the La Sierra Leo Club. Lion Melinda Blankenship won the free ad and encouraged everyone to get flu shots. Roy Dressel won the scratcher lottery tickets. Lion Tom Link won a shot at the marble drawing but failed to draw the $200 white marble.

College of Sequoias Journalism teacher Paul Hurley, a former editor for the Visalia Times Delta, provided an update on the state of the news media and his expectations for 2017.