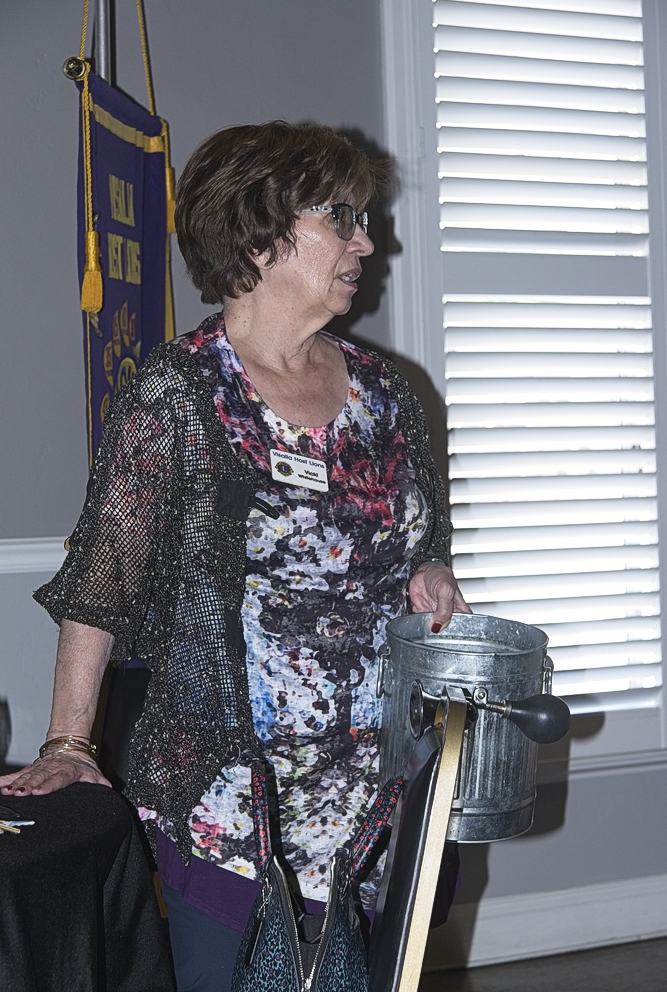 Lion Vicki collecting happy bucks and fines had some of her own.

Lion George tells us all about his biography, in the background, Lion Dee wonders how good it really is.

Our president, Lion Karen lead our meeting today and called on Lion Bob Line to lead us in singing God Bless America, Lion Carol lead us in the flag salute and the invocation was done by our resident reverend, Lion George.

Lion Allen announced that he needed some help with the Vision Screening at Farmersvilles Veterans Park on Saturday.

Lion Carol was happy she was babysitting her grandkids.

Lion Brad was happy that he was able to take his family to Yosemite to see the waterfalls this time of year, though he said he was not alone in the park.

Lion Dee was happy that his barbershop group was performing a Rock and Roll show on the weekend.

Lion Bob Line was happy his granddaughter had an editorial in the Times-Delta on Friday.

Lion George was happy that his granddaughter found his biography so interesting that she was going to read it to her history class.

Lion Vicki was happy her husband was doing well, that her daughter was back in Visalia with Starbucks as she had been at a store in Clovis, and now she will be just three minutes from her work.

Lion George fined Lion Dee for saying his biography was going to be a snooze.

Lion Dee fined Lion Janet. Lion Carol, and Lion Tom Link for being on their cell photos during the meeting. Lion Carol and Lion Janet rebutted that fine by saying that it was Lions business.

Lion Vicki fined Lions Bob Line, Roy, and Leigh for making a remark about the food line being kind of shot today with the light attendance.

Lion Ed fined Lion president Karen for having no program today. Even though it was not her fault, it fell under her watch.

Only Lion Roy and Lion Tom Link did not shake his hand. Money well spent said both.

$5, Lion Brad, donated it to the Leo Club

Lion Bob draws for the white marble but comes up short. 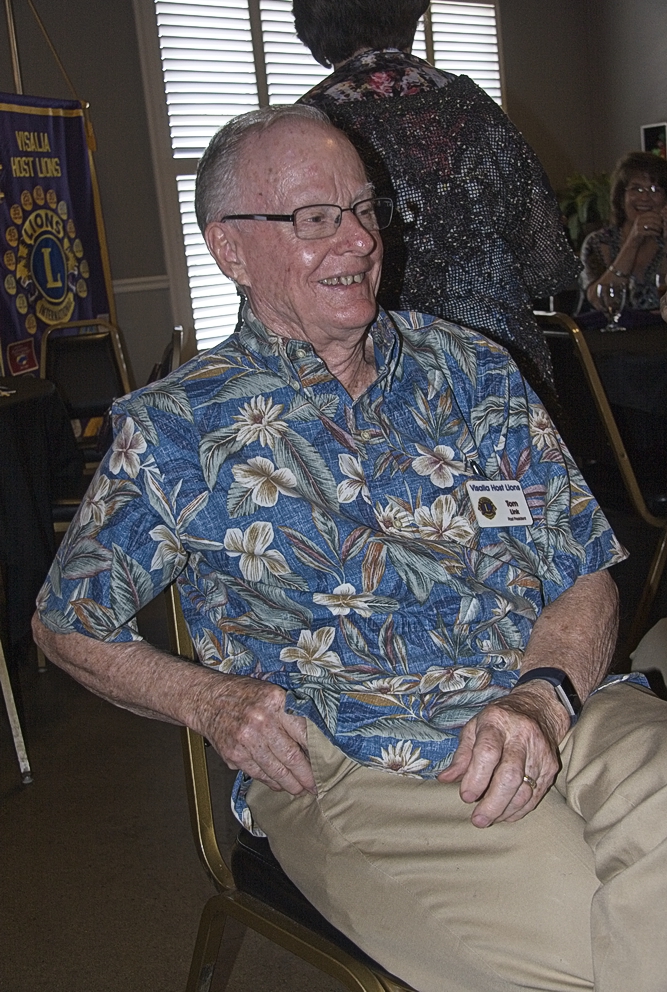 lion Tom voluntary give a $1 to the club, first time for everything.