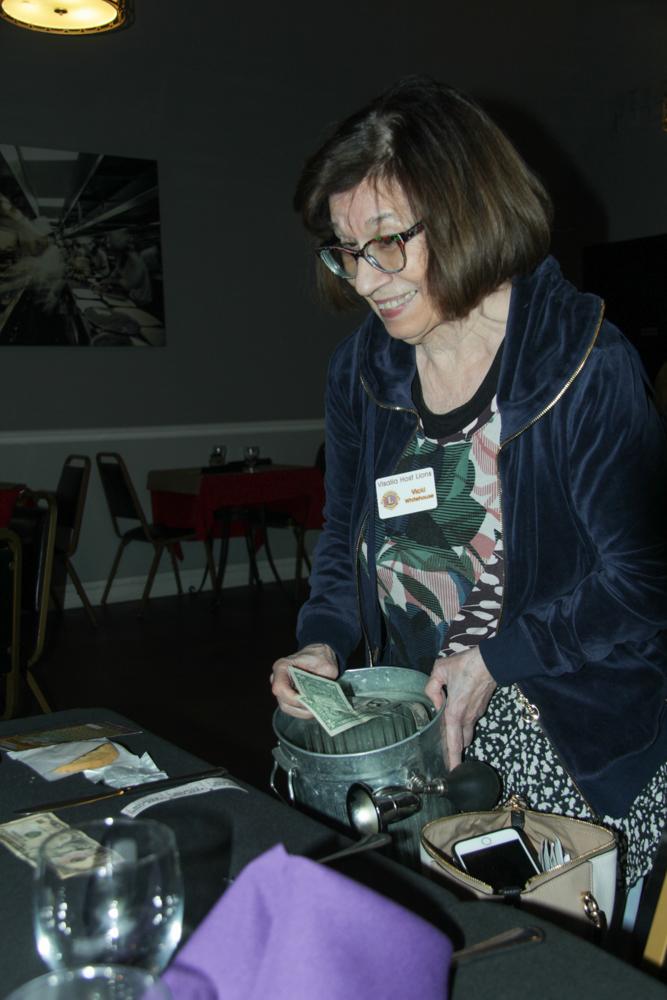 Lion president Aaron lead the meeting today and called on

Lion Roy to lead us in saluting the flag,

Lion Pete to do the invocation.

Lion Allen was the secret greater and was able to avoid several people and earn the club some much-needed cash. (boy was I glad I had that no fine badge)

The date of the Visalia Host Lions Membership mixer has been set for April 28th from 5:30-8:00 at the Visalia Convention Center. Please be thinking of guests who may be interesting in joining the club and would like to attend.

Our monthly board meeting is set for this coming Wednesday, March 16th at 5:30 at Quail Park Shannon Ranch.

Our guest today was Visalia fire chief Dan Griswald, who was also our program.

Lion Pete was happy that major league baseball had come to an agreement and will be back the first week of April.

Karen had a happy buck because she won the Lotto tickets last week and won $6.00, she was also happy because baseball is back and she is going to Spring Training in Arizona for the next two weeks.

Lion Brad was happy that the fire chief was with us today and that he and his famous red State Farm panel van would be in the Visalia St. Patrick’s day parade on Saturday.

Lion Craig was $5 happy that he was able to be at an educational event in the bay area last week and it was in person, for the first time in two years. He said that when the person in charge saw him, he said “oh no, it’s you, the last time I saw you things didn’t go so well” (it was March 2020 and everything shut down just a few days later) He was also happy because he had plans to surprise his daughter on her birthday by showing up at her house when she got off work.

Lion Bob Line was happy that Visalia Unified has a new superintendent. For some strange reason, Bob relates to the position of school superintendent.

Lion Vicki was happy her husband is doing great and was playing golf in Tulare, she was also happy that chief Davenport was with us, and in April she is going to Las Vegas and will be going to a John Legend concert, though she had a little brain freeze and thought that it was John Lennon.

$5 went to Lion Bob Line, who quickly donated it to the Lions Eye Foundation.

Lion Tony drew for the coveted white marble but came up with a yellow one, so no win for him.

Visalia’s fire chief, Dan Griswald was our program today and he gave us lots of interesting information on the department and on his journey. He was from Casper Wyoming, has a wife and two kids, and has been in Visalia for two years. In fact, he arrived in town in February of 2020.