Today meeting was lead by our President Lion Karen, who called on Lion Pat to lead us in singing God Bless America, and Lion Lori to lead us in saluting our flag. Lion Ed did our invocation.

Our greeter, Lion Melinda introduced our guest and program, Joe Ross from the Visalia Rawhide. 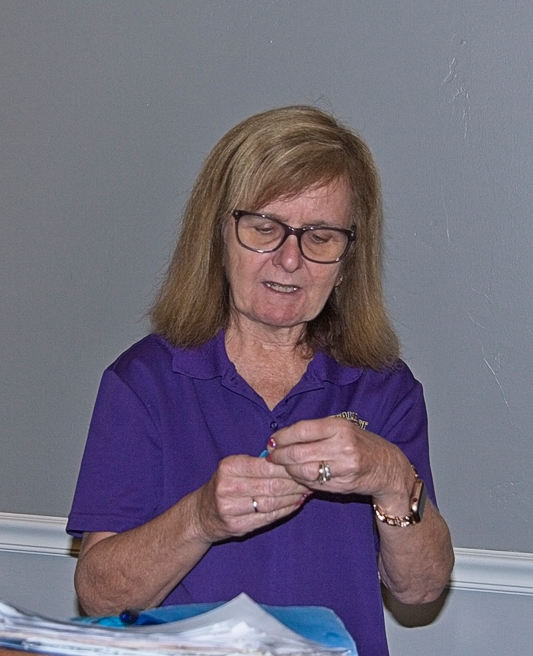 Lion Karen draws for the No Fine Badge, Lion Justin was the winner. 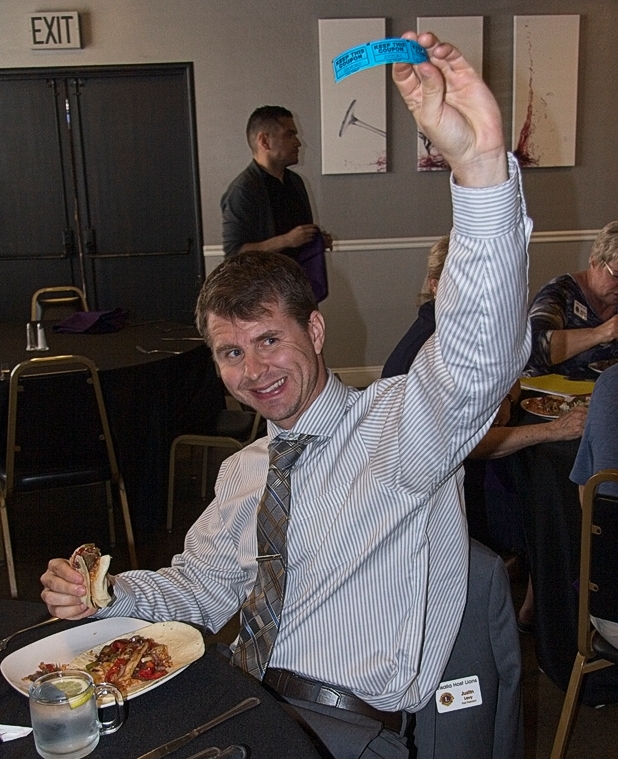 The No Fine Badge went to Lion Justin, who was glad to get it.

Lion Steve announced that we had received the check from last Octobers Band Review fundraiser totaling $3,675.

President Karen announced that this months board meeting will be this coming Thursday the 16th at the Left of Center.

Lion Melinda announced that we were getting ready to order new Lions Shirts, with colors being a choice of Blue, White or Purple, for $25 and she sent a signup sheet around for members who wanted to place an order.

Lion Melinda also announced that, as golf committee chairman, she was getting ready to have the first meeting and sent a signup sheet for that around for that.

Lion Dee announced that Damon and Himself were taking a group of Leos to Bearskin Meadows on Saturday the 25th to help get the camp ready for the season.

Ruth was happy that is was Friday.

Lion Lauri was happy to be able to attend today’s meeting; in addition, she had a happy buck for happy that she got to sit with Joe Ross from the Rawhide. (he convinced her that she should go to a game for the first time ) and she was happy that Lion Vicki’s Rotary Clubs Beer and Wine Auction was a big hit.

Lion Steve was happy that his grandsons had his birthday party at the Rawhide baseball game and even got to through out the first pitch.

Lion Ed was happy that his daughter’s wedding went off so well last Saturday and that the Rotary fundraiser was a big hit.

Lion Don Landers was happy that today was the 47th anniversary of his engagement to his wife, Judy.

Lion Justin was just happy to be at our meeting.

Lion Melinda was happy that she got to attend Ed and Carol’s daughters wedding the previous Saturday, and that the Rotary fundraiser included lots of drinking.

Lion Pete was happy that his mother came down to visit on Mothers day weekend.

Lion Carol was happy that her daughter, Tars’s wedding was over. It was great, but it was a lot of work. She was also happy that former Lion Jeannie Berchem had spent a few days with her at the coast.

Lion Leigh was happy that the Special Olympics track and field meet was a success, with over 700 athletes attending.

Lion Craig was happy that there would be an election for Visalia Unified superintendent in 2020.

Lion Pat jumped in and announced that he was today’s Secret greeter, bypassing our president Lion Karen’s making that announcement and fined two people for it.

Lion Vicki was happy that her husband was doing well, for just being at the meeting today, for the Rotary Beer and Wine Auction. 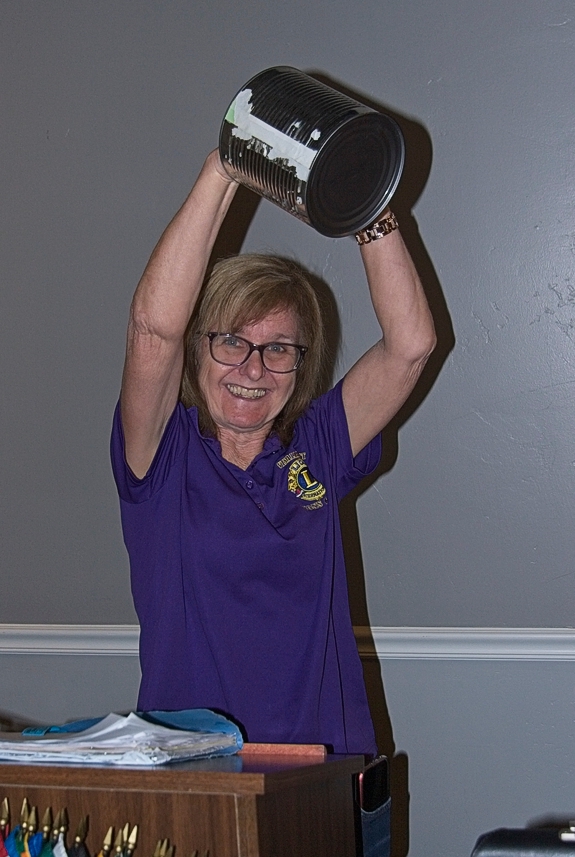 Lion President Karen is both the drawer and the drawee for the marble. 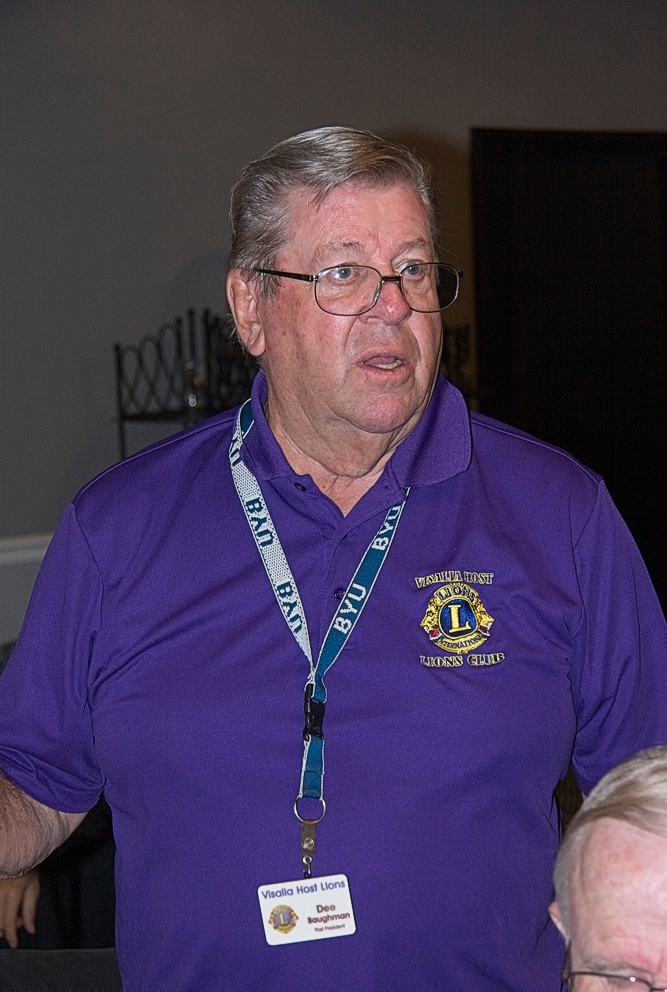 Lion Ed says Go Dodgers and Joe, that’s with the G
(You had to be there)

Lion Dee fined stand in Roar editor Lion Roy for failing to mention one of Dee’s happy dollar in the last newsletter. That happy buck was for the Giants taking two games out of three from the Dodgers. In my defense, I could not read my own writing but, if given a chance, this would have been the happy buck I would have chosen not to include.

Lion Melinda fined Lion Steve for false advertising. Last week Steve auction off a package of what he said were chocolate covered huckleberries. But, Melinda could find no chocolate in the bag.

Lion Dee fined Lion Pat for what he called, following a different path. Dee had been talking with a friend of his and mentioned Pat’s name; the friend said “oh, I know Pat” and just smiled.

Lion Melinda tried to fine Lion Justin for being on his phone during the meeting but got dinged a dollar herself because Justin had the no fine badge.

Don Landers was fined for being late to today’s meeting.

$5 Raffle was won by Lion Ruth, who promptly donated it to the Lions Eye Foundation. 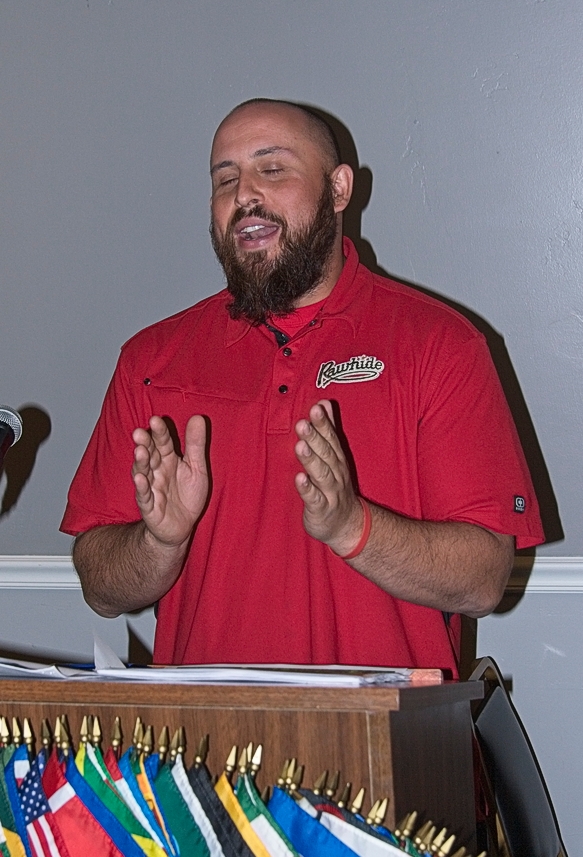 Joe Ross, from the Visalia Rawhide.

The Visalia Rawhide’s Joe Ross gave Today’s program; Joe gave us lots of information about what the Rawhide was up to this year as far as different specials they are running in addition to how good they were playing this season. They had a 14 game winning streak and are in first place in the Cal league.

Again this year, the Rawhide will be hosting Lion Night, July 11th. $1 for each tick sold will be going to the California Lions Foundation. also, the Rawhide is the only team in Minor league Baseball to have a female announcer for the games. 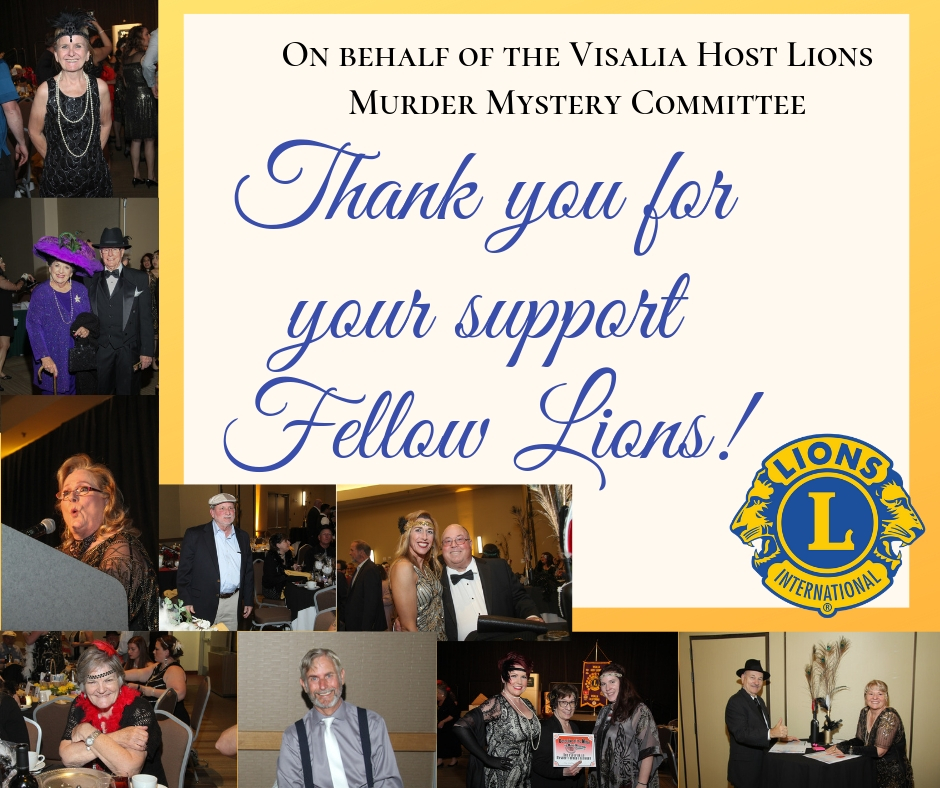