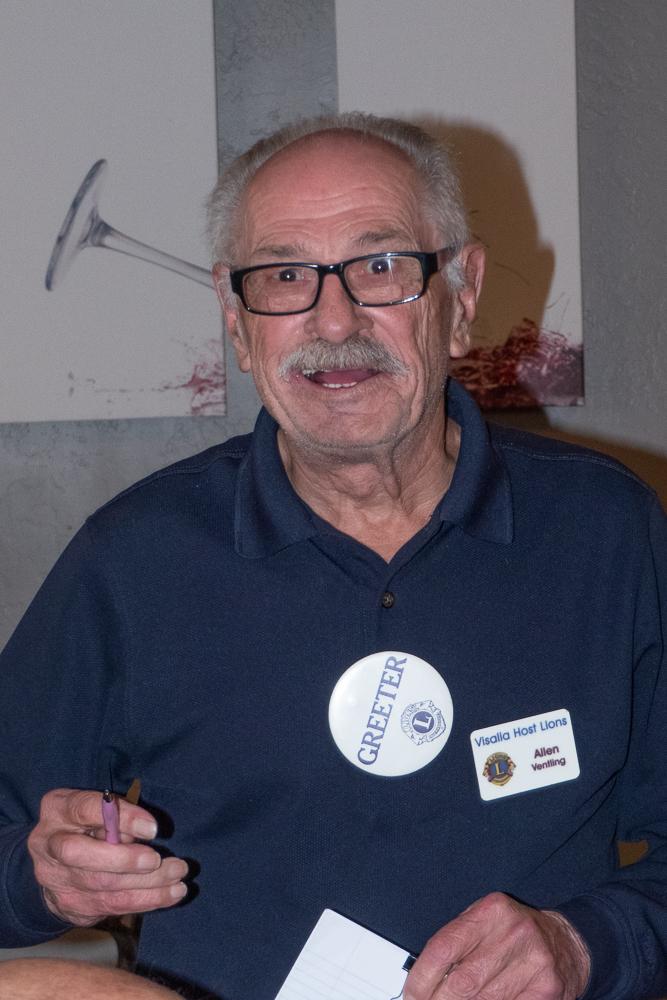 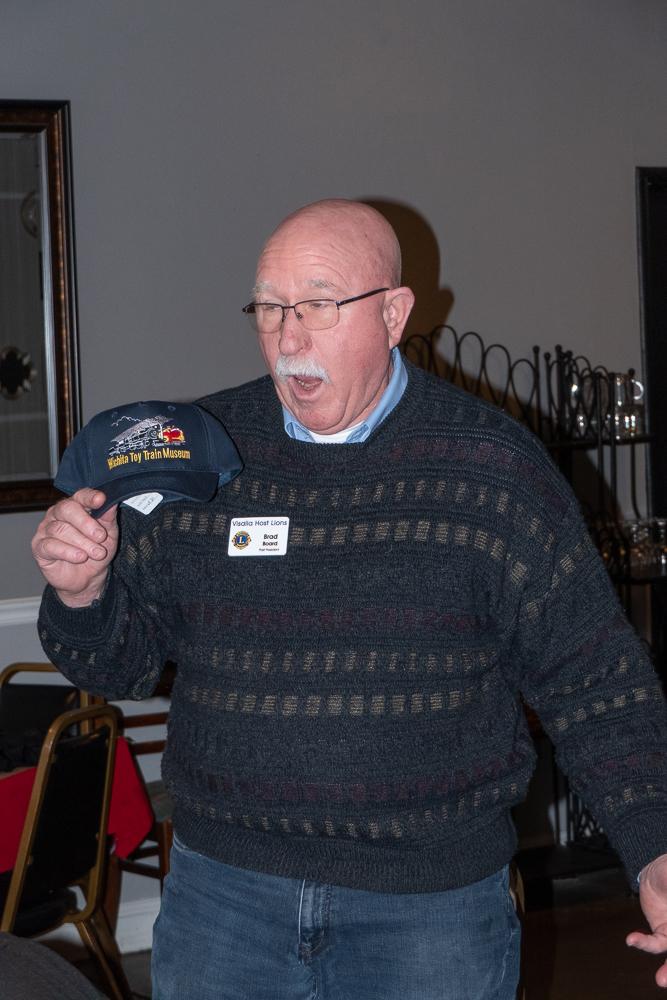 Lion Brad is shocked his hat went for so much money at auction.

Today’s Guest, Dave Prewitt, won the no-fine badge and quickly sold it to Lion Pete for one dollar.

Secret greeter: Lion Bob Line, who was able to garner some change for the club as a couple of people did not shake his hand.

Lion Allen announced that he had a super bowl pool going, $1 per square with a max of seven squares. Square sales were brisk.

Lion Allen also announced the upcoming vision screening on Monday, January 23, and Tuesday, January 24th, at the Elinor Roosevelt Community Learning Center at 31191 Rd 180, Visalia. Times are from 9 AM till noon each day.

January birthdays were announced for Lions who were present today, Roy and Allen, and for Lions Justin and Tom Link, who we not.

Lion Bob Line announced that Lion Tom Link’s wife, Ordonna, had recently undergone surgery and was recovering at home. We wish her well and keep her in your prayers.

Programs needed: We need programs for the next few meetings; email me directly at roydressel@gmail.com, and I will contact them and get them booked.

Lion Brad Board recently returned from his son’s seminary school graduation in Wichita, Kansas. While there, he visited the Toy Train Museum, which he highly recommends the next time you are in Wichita. He brought back a hat from that museum; it was auctioned off to lion Pat for $20.

Lion Pete, who was 50% of today’s program, had a happy buck for the other 50%, Dave Prewitt being at the meeting today. Dave and Pete are Lion Bob Line’s son-in-laws (not sure there was a happy buck for that fact, but we will let it ride), and Pete was happy because his grandson was starting basketball next week.

Lion Pat was happy because the rose bushes at his house, which he thought were dead, were blooming because of all the rain.

Lion Brad was happy because his son had graduated from the seminary school recently, and he was happy the 49ers were playing the Seahawks on Saturday. He is even happier today because the 49ers won 41-23.

Our guest, David Prewitt, was happy that he had won the no-fine badge today and made a dollar by selling it to Lion Pete.

Lion Karen was happy that there were four women at today’s meeting, and she was happy about what she said were “all the good-looking men at the back table.” (groans were heard from the rest of the men in the room)

Lion Allen fined Lion Elaine for talking while he was making his announcements.

Lion Pete fined Lion Karen for the “good-looking men at the back table” remark; where does that leave the other two tables he asked?

Lion Elaine fined Lion Pat for making the “I already got a bag” remark when he got the hat from Lion Brad.

Lion Pat fined Lion Elaine back because she didn’t know his name. 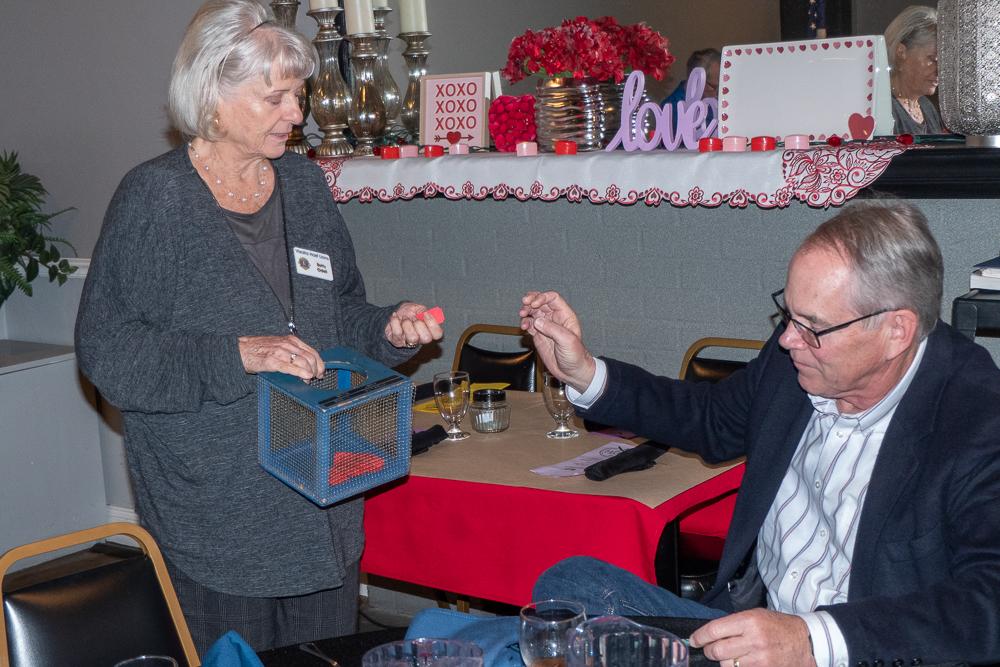 The $5 drawing went to Lion Dee, who donated it to the eye foundation.

The marble drawing went to Lion Roy, who picked a Dodger Blue marble, nice but no moolah.

Lion Steve won the free add.
Spring training is right around the corner

Today’s guest, Dave Prewitt, and Lion Pete, were today’s program, giving a great talk on their August backpacking trip to Evolution Valley in Kings Canyon Nation Park. With photos and taking turns giving the program, they gave a talk that kept everyone’s attention.