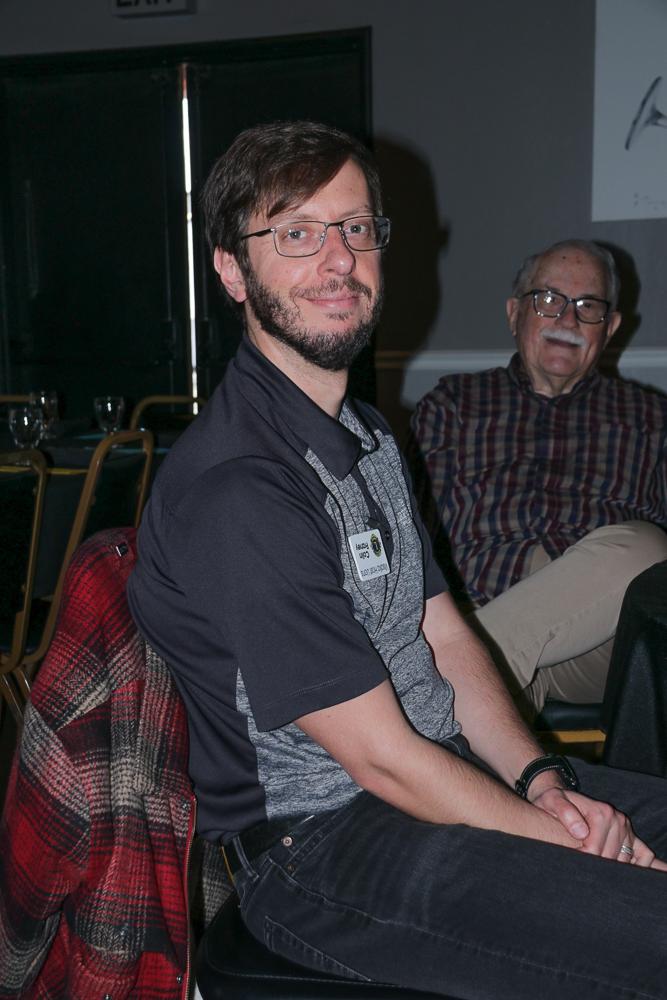 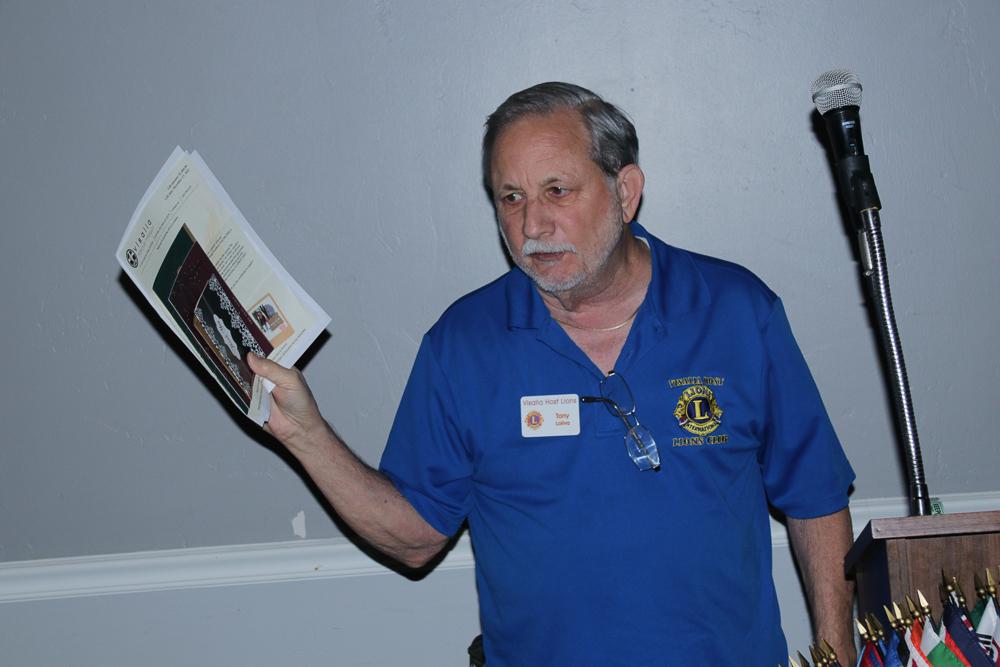 Lion President Tony hands out thank you cards received by the club.

Lion President Tony led our meeting today and called on lion Roy to lead us in the flag salute, Lion Pat to lead us in song, and Lion Dee to do the invocation.

Lion President Tony passed around some thank you cards that the club has received over the past month from various people and organizations.

Lion Tony also announced that this coming week is the week of our Wednesday evening meeting at Quail Park Shannon ranch. The meeting begins at 5:30; the speaker will be Liz Winn, Visalia’s newest city council member and director of the Kaweah Delta Hospital foundation.

Lion Tom Link announced that he had talked to Lion Vicki, and she is progressing well and should be at the club next month. We look forward to you getting back to the club meetings, Vicki.

Lion Allen announced the Charter Oak visitation he had set up for Wednesday, Feb 1st, at 6:00 at Left of Center. He also announced he has set up a visitation at the Pride Lions for March 6th at 6;30. They now meet at St. Pauls’s Episcopal Church at 120 N. Hall St. here in Visalia.

Lion tom Link was happy that his wife was doing week after her cancer surgery, and the good news was that they got all cancer.

Lion Bard was happy the 49ers were playing Sunday and that he had several members of his family would be at his house to watch the game.

Lion Pete was happy we had a good crowd last week to see his backpacking program, and he had happy bucks for his grandsons, who were starting basketball season this past week.

Lion Bob Line noted that the Clovis Unified superintendent was stepping down after six years in the position, and the news story noted how that was a long time. Bob noted that he had been in that position at Visalia Unified for twelve years.

Lion Allen was happy that a tumor that had been found in his eldest daughter’s brain was found to be benign.

Lion Dee fined Lion Allen for bragging last week about all the money members of the club were going to make from his Loto purchases, and in the end, it came out to zero.

Lion Roy fined himself for having to leave in a hurry. Thank you, Lion Karen, for taking notes for the remainder of the meeting.

The $5 drawing went to Lion Brad, who donated it to the eye foundation.

The marble drawing went to Lion Brad, who tried hard to get his mind around that white marble, but no go. 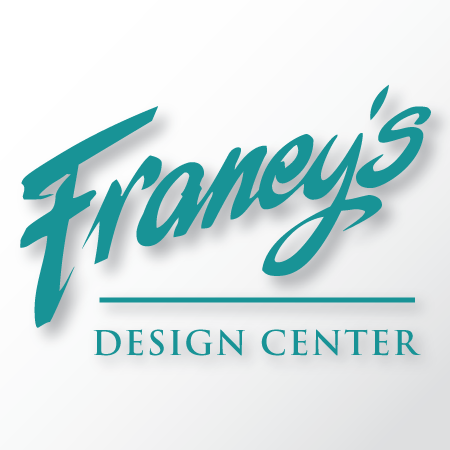