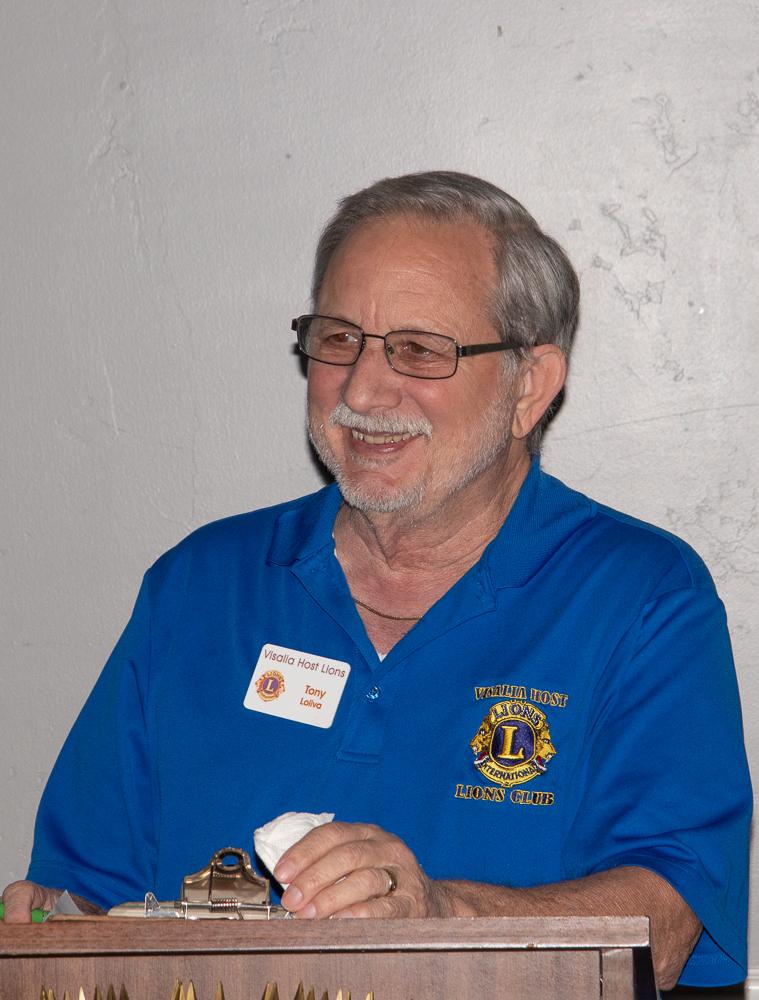 Lion president Tony has a smile on his face as he leads the first meeting of the new year. 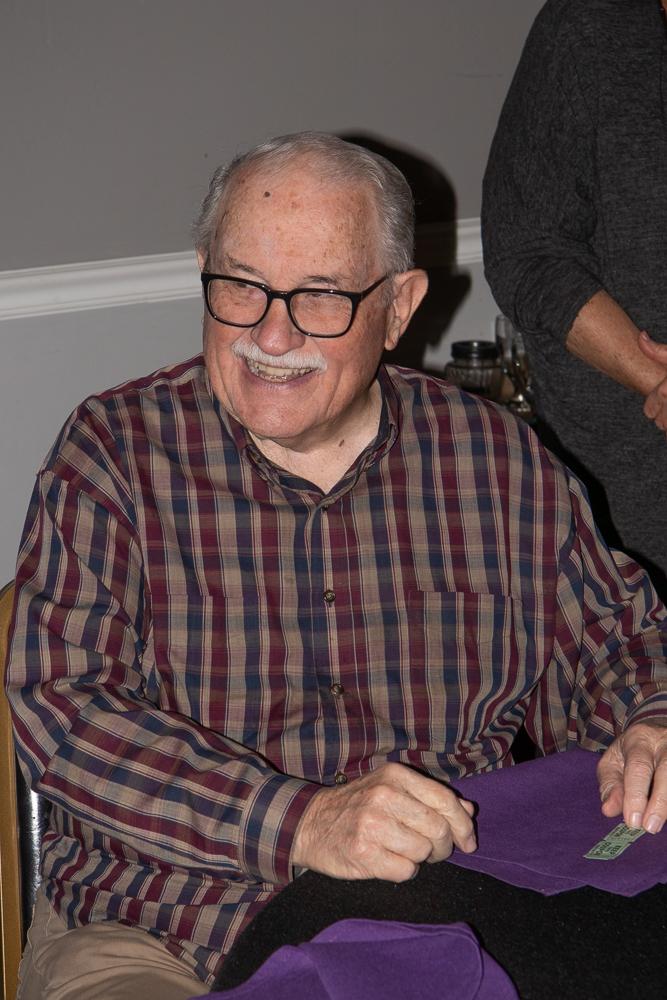 Lion Bob Line also has a smile on his face at the first meeting of 2023.

Lion President Tony led our meeting today and called on lion Dee to lead us in singing God Bless America, Lion Pat for the flag salute, and lion Pete to do the invocation.

Lion Pat was happy that a friend of his from Connecticut had survived a ski trip to colorado, where on one run, he flipped head over heels and ended up in a pile of soft fluffy power. If he had been on the east coast, he would have ended up in the hospital because the snow conditions there would have been hard and unforgiving.

Lion Dee was happy that he had the opportunity to recently go to LA and sing with the Masters of Harmony, one of the premier barbershop groups in the country.

Lion Pat was $20 happy because his diabetic drug, which had been in short supply, was now easy to get. He was also grateful for all the rain.

Lion Miriam was happy about the new year and her good health.

Lion Bob Line was happy the Fresno State Basketball team had beaten New Mexico on Thursday 71-67; New Mexico was the last unbeaten team in the country.

Lion Elaine was happy that all her family was in good health.

Lion Allen was happy that he had eleven participants in his Loto pool. Later that evening, he was not so happy, as indicated by a one-word text he sent to all eleven of us.

Lion Pete was happy that Lion Bob Line and his wife NormaKay had recovered from being ill.  He was also happy because, after the Christmas meeting on December 16th, he visited family in North Carolina.

Lion Roy was happy he was done with moving out of his photography studio on Main St. Now it was just getting everything settled in his home office.

Lion Bob Line was fined for not having his badge on. 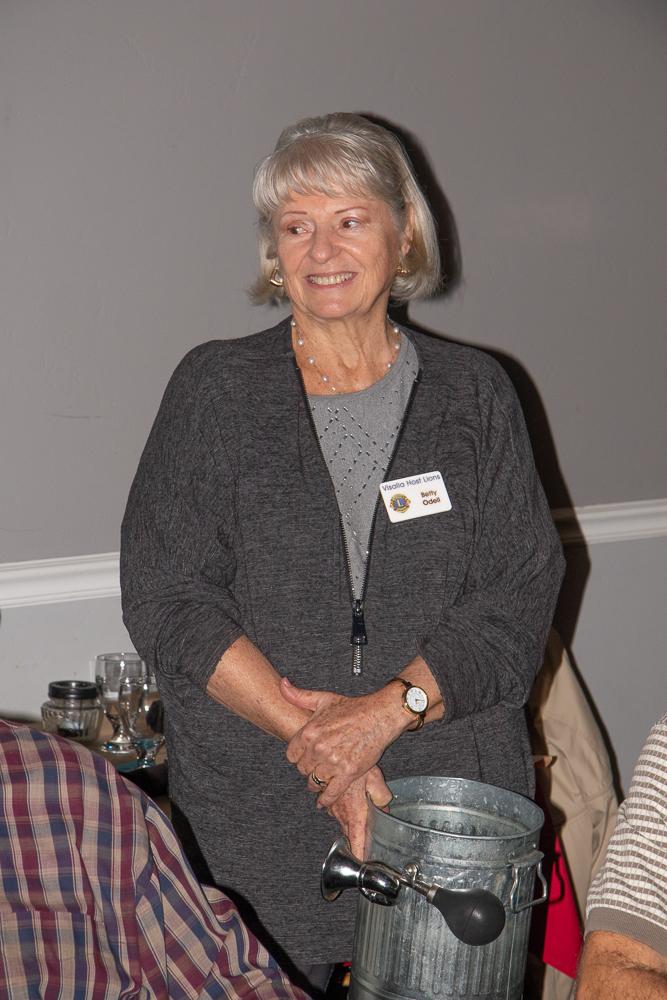 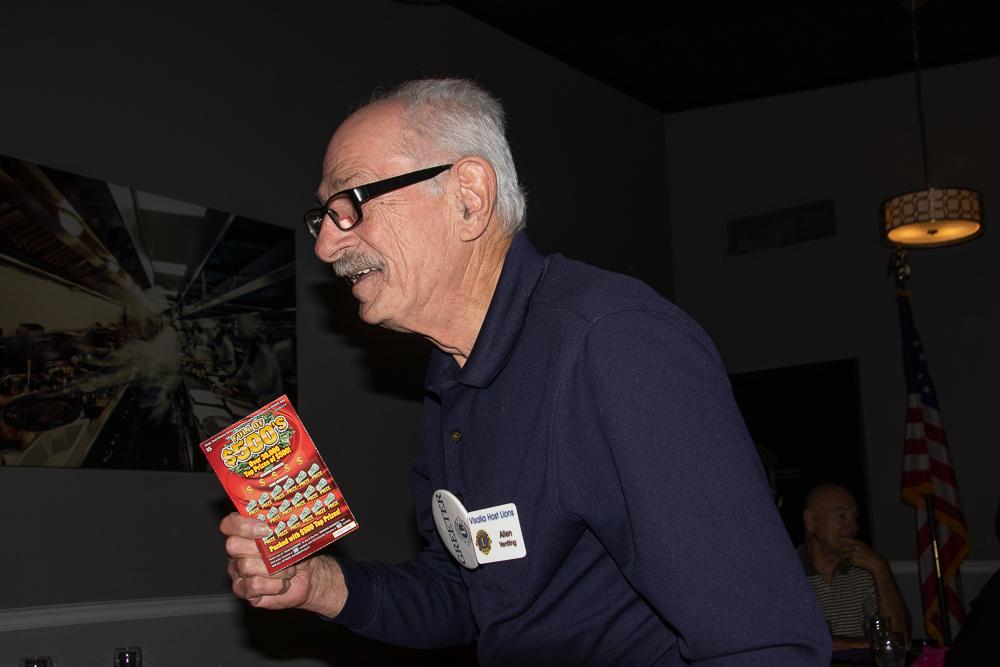 Lion Allen is happy he had won the Lotto ticket.

The $5 drawing went to Lion Miriam, who donated it to the eye foundation.

Lion Betty says go pickleball
Click on the image for a history of the game.