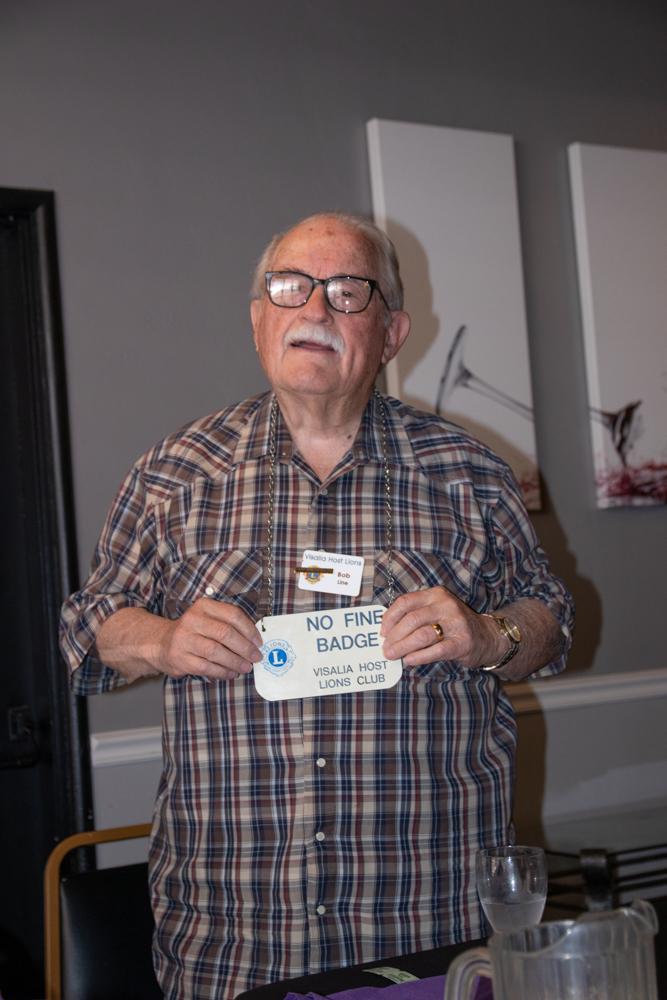 Lion Bob Line with the no fine badge. 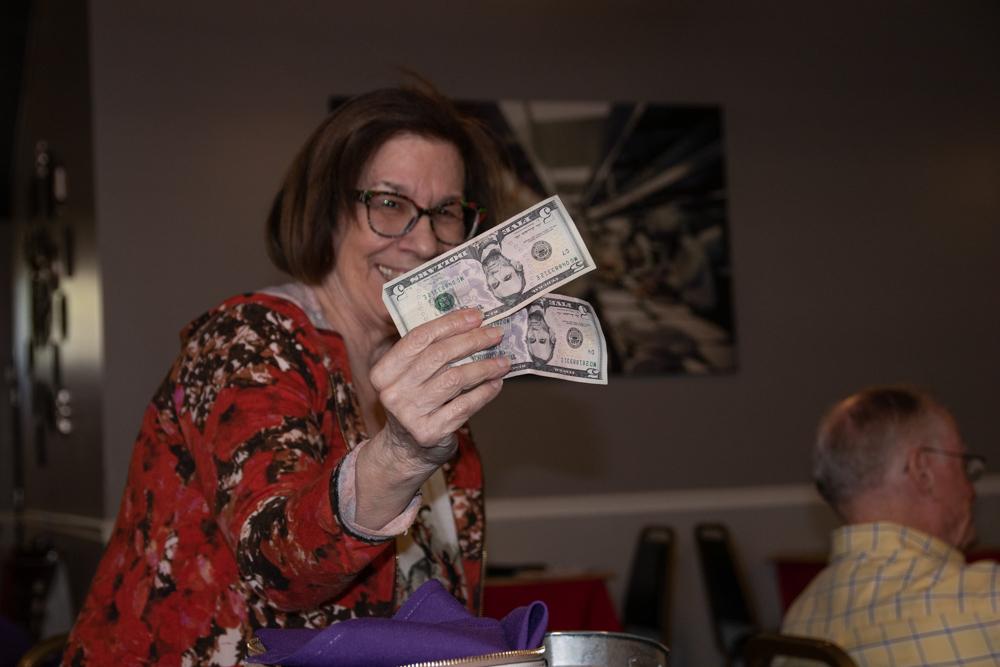 Lion Vicki with her happy bucks.

Lion president Aaron was our meetings leader today and called on Lion Steve to lead us in saluting the flag, Lion Bob Line to lead us in singing God Bless America, and Lion Tom to do the invocation.

The No fine badge went to Lion Bob Line, who took advantage of this all through the meeting.

Lion Allen was the secret greater today and Lions Pat, Tom, and Tony did not shake his hand and each paid their $1.

Board Meeting notes: The board meeting took place on Wednesday the 13th at Quail Park Shannon Ranch and at the meeting, we made plans for the membership mixer on the 28th and voted to give $500 each to McKellar Farms (Farmers Bobs World)  and to the Visalia Gleaning Seniors, both of whom talked to the club recently.

Lion Pat paid $5 to announce his barbershop group, The Mighty Oak Chorus,  concert at the Central Valley Christian church on April 30th. You can purchase tickets on their site for $20.

A reminder that this coming Tuesday at noon is our visitation at the Sequoia Lions club at the Lamp Liter.

Our guest today was Cindy Summers from the Visalia Cemenary District who was our program.

Lion Tom Link went to Moro Bay this past week but did not bring anything for auction back with him, so he gave $10 to the club.

Lion Bob Lines was happy his great-granddaughter did well in a city track meet recently.

Lion Pat was happy his daughter-in-law was expecting.

Lion Tom Link had a great time in Moro Bay this last week.

Lion Vicki was happy her husband was still doing fine and that on April 6th they had celebrated their 54th anniversary. She was also $2 happy that all of us 11 people showed up at the meeting today.

Lion Pat was happy that his ex-wife had called him this past week and reminded him that if they would have stayed married it would have been 49 years.

Lion Allen was happy his ex had not talked to him since 1982. He was also happy that he had got his second booster for Covid.

Lion Roy was also happy he had not heard from his ex for at least three years.

Lion Allen had a sad buck. He had rented a limo for a date and found out that it did not come with a driver.

Lion president Aaron was happy our guest was here today.

Lion Steve was happy that it was Jackie Robinson day in professional baseball. He was a Brooklyn Dodger jersey in commemoration.

Lion Karen was happy for all five of the handsome men at the back table.

No one fined anyone today.

This was the day for our guest to win it all: the $5, Lotto tickets, free add, and the marble. wow, Cindy, I hope you went to a casino after our meeting.

Cindy Summers from the Visalia Cemetery District was our program today and gave us information on how the cemetery is run and what events are planned at the cemetery, including a few weddings. 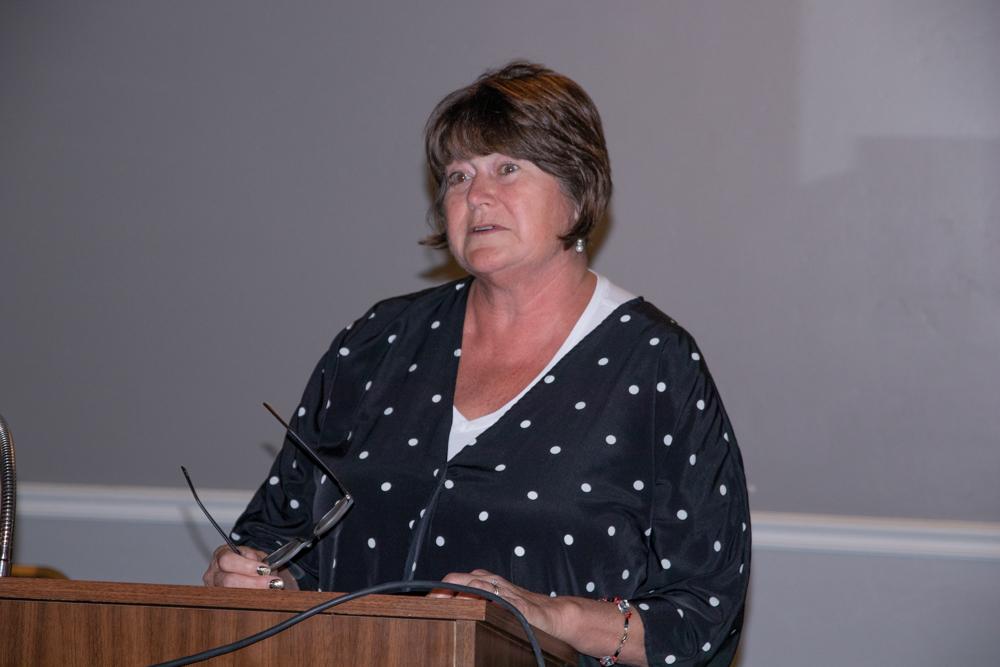 Our program, Cindy Summers won the free add and just wanted everyone to know that when it’s your time to go, the district will help you Rest in Peace.