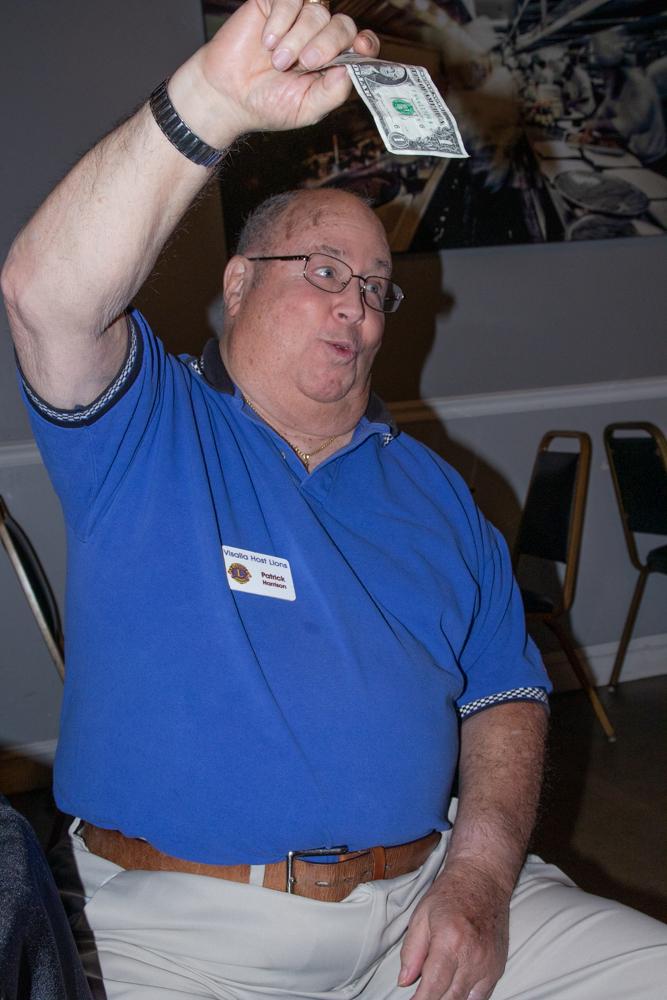 Lion Pat with a happy buck. 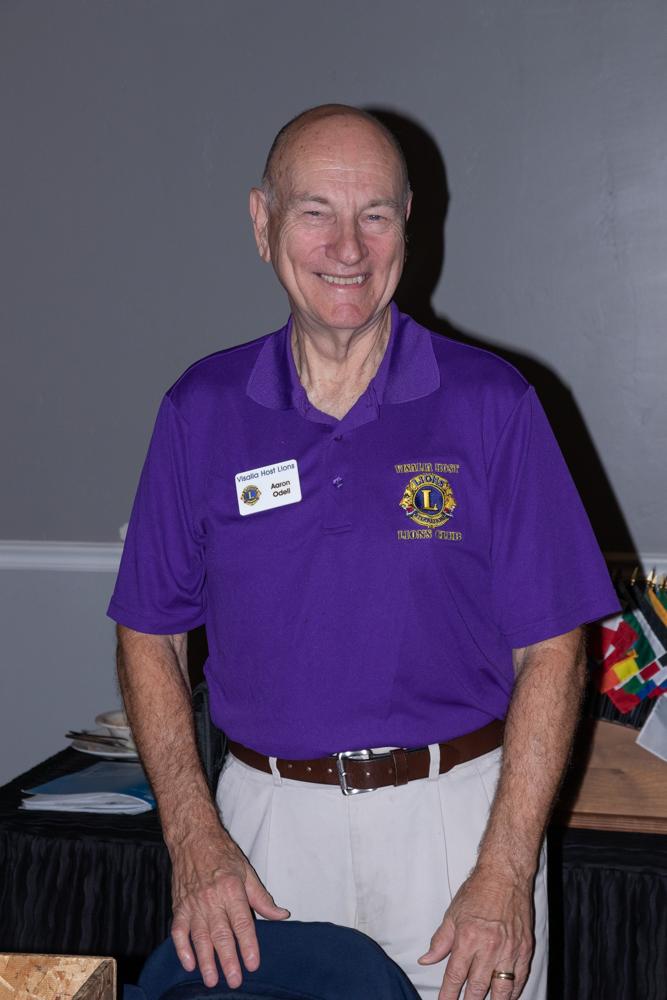 Lion president Aaron lead the meeting today and called on Lion Karen to lead us in saluting the flag, Lion Pat to lead us in singing My Country Tis of thee, and Lion Pete to do the invocation.

Lion Steve announced the sad news that Lion Tom Gabbie’s wife, Patty passed away. No date has been set for a service.

Our visitation at Sequoia Lions club went well this past Wednesday.

Don’t forget, this coming Thursday the 28th will be our membership mixer at the Marriott, Lion Aaron announced that our District Govoner Lion David Hamilton and Visalia mayor Steve Nelsen will attend.

We will be having a regular lunch meeting the day after the mixer and next month we will have what will become our regular evening meeting on the fourth Wednesday of the month, May 25th at Quail Park Shannon Ranch.

We had guests Oscar and Tiffany Lopez with us today, they own Oscar’s Automotive on Main street across from the PPAV hall. Lion Aaron said he is the best in the valley. Wife Tiffany takes care of the books.

Lion Pat was happy that he got his house organized with the help of his housekeeper.

Lion Pete was happy his grandson, Noah, went 3 for 3 in a recent little league game, and at the same game, Lion Bob Line recognized someone who he taught more than a few years ago. Lion Pete was impressed with Lion Bob’s memory.

Lion Bob Line was happy he had got two pars in his morning’s golf game.

Lion Roy was happy the Dodgers were in first place.

Lion Karen was glad to see our guests, Oscar and Tiffany at our meeting.

Lion Steve gave us a story about his grandson in a baseball game that went to the time limit and will need to be finished on Sunday. I’m not sure that he or his grandson were happy about that.

Lion Betty was happy that Oscar and Tiffany were with us.

Lion Craig was not so much happy that it was the end of Ski season, but now it’s backpacking season. He had been on a week-long trip.

Lion Tom Links’s wife had her 80th birthday last week and Tom said it was a very expensive birthday. But worth it.

Lion Vicki was $5 happy her husband was doing well.

Lion Roy was happy that the Circle K in Tulare (near Leo Coast’s Gym) has gas for $4.69 and great chocolate chip cookies, 2 for $1.

Lion Vicki fined Lion Steve for calling his grandson’s baseball team “Little Farts”. She also fined Pete for looking directly at her when he was talking about Lion Bob talking to an “elderly” lady.

Lion Betty fined Lion Roy for reporting in last week’s Roar that Lion Steve had led the flag salute when she had done it.

Lion Vicki fined Lion Craig for saying a story he had told was better than a story she had told, but she admitted it was.

Lion Tom Link fined Lion Bob Line for leaving a recent Rawhide game became it was sprinkling a little. Upon further examination, we found that Tom had left before the end of the game also.

$5 went to Lion Craig, who donated it to the Lions Eye Foundation.

Lotto tickets went to Lion Roy who found out that he had won nothing. (what a surprise)

Lion Roy drew for the coveted white marble but came up with some other color that did not net him anything.

Today’s program had to cancel at the last minute so we adjourned early.

Lion Pat won the free ad and wanted to highlight our guest’s business.