Lion President Rebecca opened our meeting by asking Lion Dee to lead us in singing God Bless America, Lion Eric to lead us in saluting our flag and Lion Pete to do the invocation.

As many of you know, this has been a sad week for our club. We lost past presidents Lion Sid Keown and Lion Dave Nave. It was announced that Lion Sid’s celebration of life would be held on Saturday, October 1 at 4:00 at K Ranch, Ave 300 in Tulare and Lion Dave’s memorial will be Wednesday, September 14th at noon at Salzer and Dillard Funeral home in Visalia.

Lion Bob Line announce that Lion George Fry is in the hospital because of complications from his shoulder surgery, he is doing well, and a card was sent around for him.

Lion Dee announced that the Leo Club has about 40 members this year. On Saturday a group of them went to Bearskin Meadows to help in shutting the camp down for the winter. Lion Dee also announced that the Leo Club would be having an ice cream social fundraiser this coming Thursday at La Sierra Acadamy on Huston. Tickets that were passed around were soon gobbled up, but don’t worry about missing out.  Just show up at 3:00 this Thursday and you can still get some Ice cream.

All the way from Moro Bay, Lion Tom Link brought us the world famous Salt Water Taffy.  Lion Dee picked up the bag for $8.00

Lion Jamil’s guest, Diva from the D.A.s office, was happy to be here.

Lion Ruth was just happy it was  Friday.

Lion Brad was happy that his kids, who had recently moved to Florida survived their first Hurracain and his  8-year-old granddaughter asked what the code word was to go into the cellar, and Lion Brad said the code word was HURRACAIN.

Lion Pete had a happy/sad buck for all the good memories that Lion Sid and Lion Dave gave us. He also was happy that he went backpacking last week, saw a bear and a deer.

Lion Eric was happy that his son got married.

Lion Roy had a happy buck because he was going on a three-day motorcycle camping trip to the White Mountains east of Bishop.

Lion Jamil was happy that Lion Allen is going to Cuba is but worried that he might mess up the entire US-Cuba relationships while he is there.

Lion Dee had a happy buck for all the good times he had with Lion Dave Nave; he will miss Dave’s humor.

Lion Steve had a sad buck for Lion Dave. He had the pleasure of riding the same golf cart with Dave, and it was always an experience.

Lion Tom Link had a  happy/sad buck for Sid and Dave. He also had happy bucks for finishing his four-year term on the Board of Education, and because nobody ran against him this year, he’s in for another four years.

Lion Craig was happy that he would close out the mountain biking season at China Peak this weekend and a happy buck for Lion Link’s having another four years on the board.

Lion Walt had sad bucks for Lion Sid and Lion Dave, Sid took him under his wing and made him assistant lion tamer when he joined the club.

Lion Craig fined Lion Bob Line for being a rabble rouser at the last school board meeting.

Lion Jamil fined Lion Allen for snapped at his guest, Diva, and telling her “don’t get two tomatoes, just one.”

Lion Jeff fined himself because he needed to leave early.

Lion Dee fined Lion Roy for announcing at the start of the meeting that Jamil’s guest, Diva, was Jamil’s wife.

Lion Pete tries his darndest to “feel” the white marble, to no avail.

$5 drawing went to Lion Roy who donated it to the Leo Club. 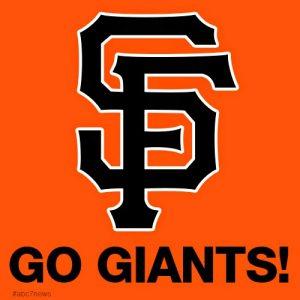 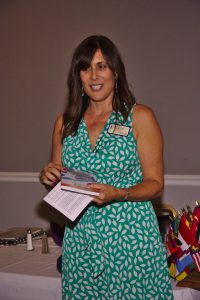 Our program today, The Myths of Nursing Homes was given by Kathleen Remillard.

Kathleen Remillard was our guest and program today. She is with Mission Care Group, a locally owned group of four nursing home in Visalia, Tulare, and Hanford. She talked today about the myths of nursing homes. Some of them are that they smell, that they have bad food and that they are a place to go to die. All of which she dispelled. Here one last point was that the time to check out a nursing home for a loved was is now, not where you are at that point of having to move someone in.

After our club meeting today several Lions members went to the Imagine U children’s University for a ceremony to present the $10,000 check to them. 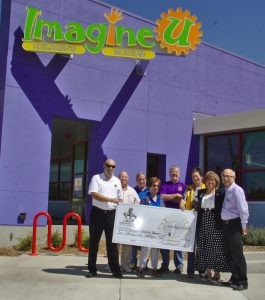