To celebrate the day's weather, which included much needed rainfall, President Jamil Nushwat opened the meeting with a rousing rendition of the classic "Singing in the Rain", which was led by Lion Bob Line.  Vice President Brad Board led the flag salute and Bob Line performed the invocation.

The Club's annual Christmas Luncheon will be held Friday December 19th at the Sue Sa's Deli Clubhouse.  Entertainment will be provided by the Redwood High School Chamber Singers.

President Jamil reminded members that the club's social event of the season will be an outing to the Tulare County Symphony Holiday Pops Concert on December 20th.  The club will be purchasing tickets for members -- tickets will also be available available for guests at cost.

Lion Janet reminded members that the Lions Multiple District 4 Convention will be held on February 20-22 at the Visalia Convention Center.  Volunteers are needed to collect meal tickets for Saturday lunch and dinner, and for Sunday breakfast.

Lion Allen reported on the success of recent vision screening events at Houston School with Lion Walt Juarez, and at Goshen and Fairview Schools with Lion Rick McVaigh. Volunteers are still needed for an upcoming screening at Ivanhoe School from 10AM - 2 PM on Wednesday December 17th. Lion Allen also shared that he presented the club’s check for $500 to Redwood Springs Nursing Home. The funds will be used to buy Christmas presents that will be given to patients at a party at 2:30PM on December 24th -- All Lions are welcome.

Lion Janet McClintock has begun preparations for the Super Bowl Party for the Homeless, which is to be held on February 1st, 2015 Super Bowl Sunday. Assistance from volunteers will be needed.

Lion Dee Baughman shared that Gary Brown is in the hospital, and asked that fellow Lions keep Gary and his family in their thoughts and prayers. 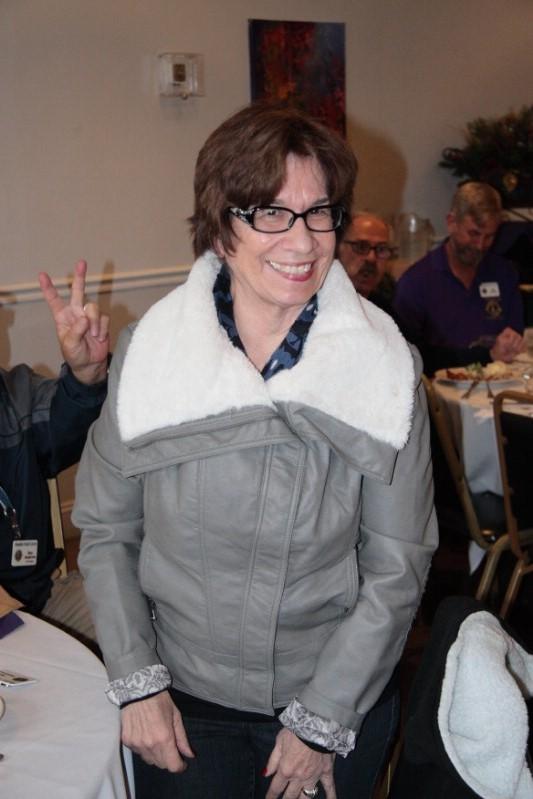 Lion Vicki Whitehouse was happy to be well again and back at the club. Lion Daryl was also happy to be back and doing better after his recent surgery.

Lion Dee was happy about Christmas, and noted that it’s great to have kids around.

Lion Rebecca Juarez shared that Lion Roy Dressel did a great job with the photos for the MD-4 convention committee.

Lion Tom Link, looking on the bright side, noted that although his electricity had been off, he had not been disturbed by any unwanted phone calls.

Lion Pete Sherwood donated three happy bucks in honor of: Daryl being well and back at the meetings; his daughter and son-in-law coming to visit from North Carolina; and Lion Roy volunteering to take pictures of children with Santa for Visalia Emergency Aid.

President Jamil was happy that the comfort bears the club purchased for kids court had arrived and were suitably cuddly.

Lion Ed Jones fined Lions Bob Line and George Fry, but paid the fines himself. President Jamil then fined Lions George and Bob by Executive Order for huddling together during the meeting.

Lion Dee fined Lion Daryl, who has always been a great 49ers fan, for losing his team spirit. He also fined Lion Allen for walking his “rat dog” along the St. Johns river.

Lion Tom Link fined President Jamil for allegedly letting criminals out of jail, and Lion Pete for not inviting him over during the power outage. He also fined Lion Melinda Blankenship for not informing her boss from out of state about the need to pay separate sewer utility bills on rental houses.

Lion Carol Jones fined Lion Eric, who is responsible for all municipal activities, because she and her co-workers “had to do the Police Department’s job” -- finding a stolen motorcycle in their parking lot.

Lion George fined President Jamil for not honoring the old custom of letting women go first in the lunch line.

Lion Daryl, the secret greeter, fined Lion Eric, Lion George, and President Jamil for not shaking his hand prior to the meeting.

The $5 raffle went to Lion Dee, who donated the funds to the Lions Eye Foundation. Perpetual raffle winner Lion Melinda won the lottery tickets. Lion Tony won the shot at the marble drawing, but didn’t draw the $118 white marble.

Lion Bob Line won the free ad, which he used to wish his fellow Lions a Merry Christmas and Happy New Year. 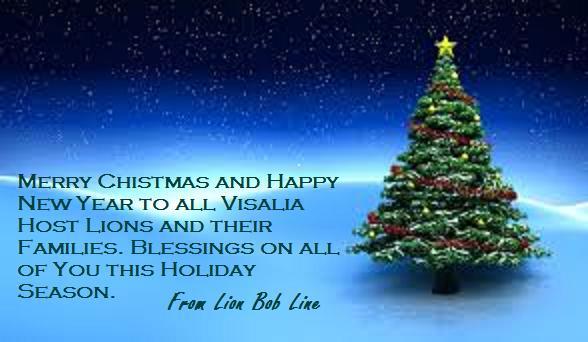 Guest speaker Andrew Basham, the Red Cross Emergency Preparedness Coordinator for Tulare County, provided an informative presentation on preparing for disasters. He encouraged Lions to have a disaster kit at home, and to prepare and practice an emergency plan. 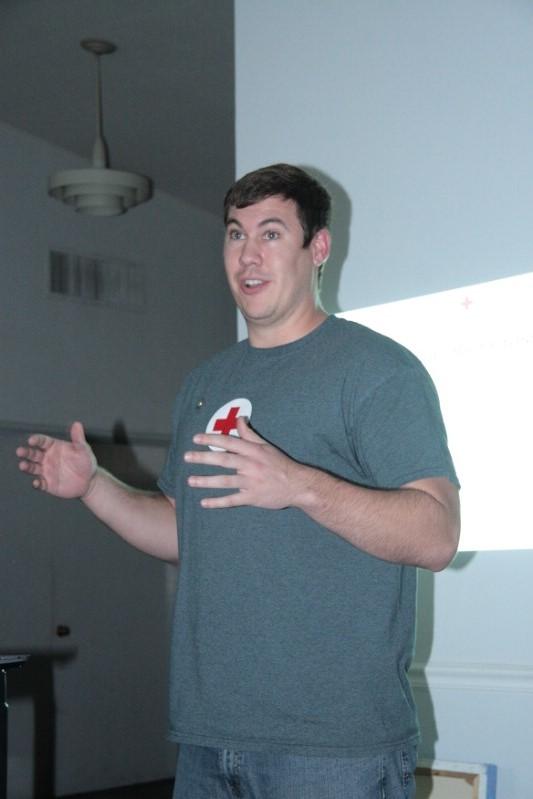