Our plan at this time is to resume meeting on Friday, April 17th

Look for emails on updates as time goes on. 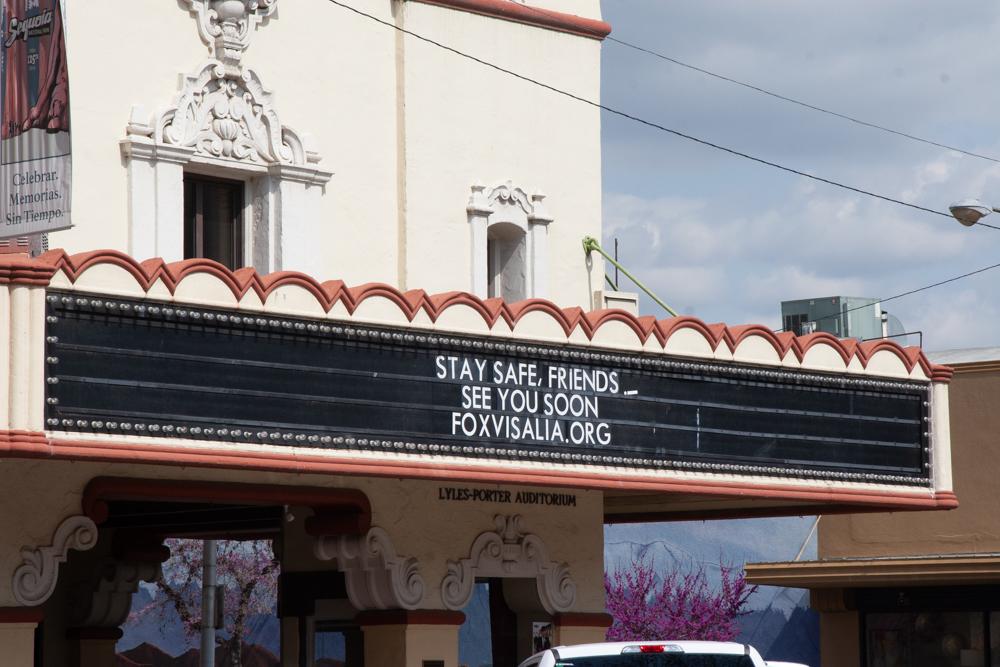 The Visalia Host Lions, like the Fox, says stay safe and see you soon. For us its April 17th

Now that those notices are out of the way let’s get back to normal.

Lion president Ruth asked Lion Bob Line to lead us in singing God Bless America, and he did a mighty fine job as always. Lion Karen lead us in saluting the flag, and Lion Dee lead us in prayer. Lion Melinda informed us that we “ain’t got nobody” when it came to guests today.

Lion Roy announced that the board had voted on Wednesday to move the Murder Mystery dinner to July 18th. There were a few people that we did not know if they had been informed of the change. He passed around a sheet asking members if they knew of the few who had not been checked off so that we could call or text them.

Lion Dee announced that Lion Don Landers was in Sothern California and has been diagnosed with a brain tumor. He will be going in for surgery soon and for all the members to keep him in our prayers. 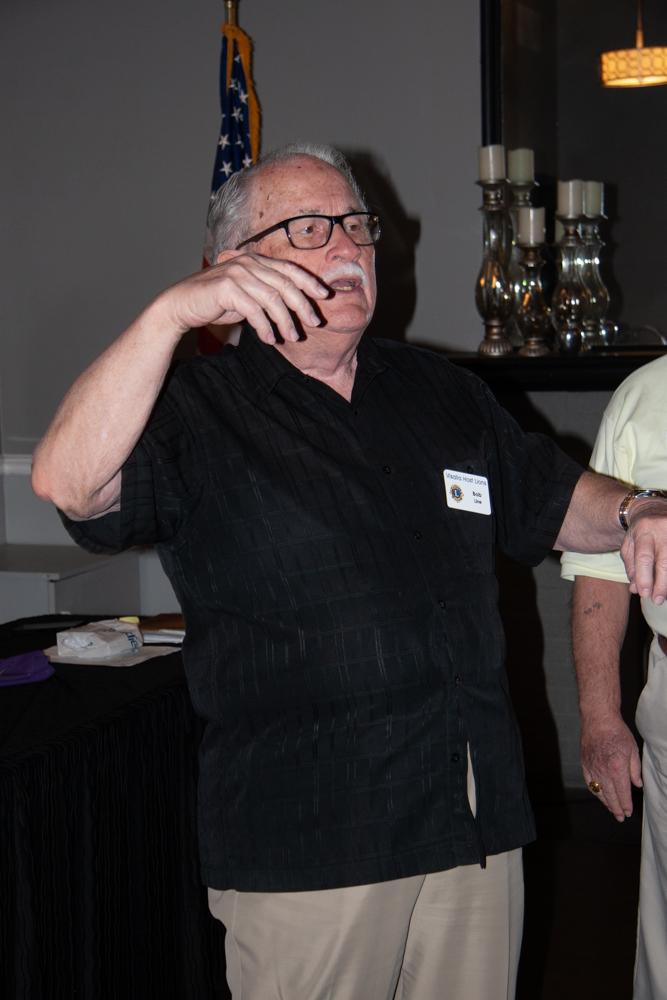 Lion Bob leads us in song. 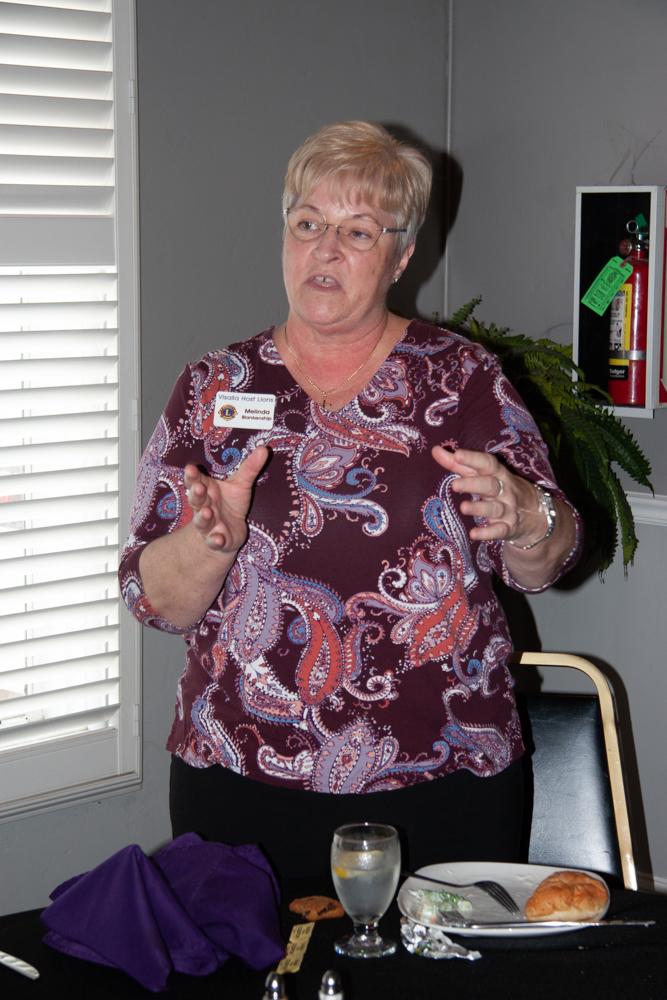 Lion Melinda talks about the measures Kaweah Delta is taking with the Coronavirus.

Lion President Ruth started the meeting with what has been on the minds of most of the world’s population for the past few days and weeks. The Coronavirus. She proposed that we should not meet for the next month and asked us to take a vote on that. Members discussed the pros and cons, and a vote was taken. By a slim margin, we did vote to suspend meetings until April 17th.

Lion Karen auctioned off an SF Giants drinking cup that she and Rick had purchased when they had been a sprint training in Arizona. (luckily they went when they did as spring training has been canceled)  Lion Melinda bought it for $15, then put in another $5 because Karen had paid $20 for it in Arizona.

Lion Pat had a happy buck because his mother, who was 106, passed away peacefully last week.  Happy because, she had lived a good life and at 106, a long one also.

Lion president Ruth gave a buck because she did not pick a secret greater this week.

Lion Pat was happy that he was able to sell his six memberships to a gun club.

Lion Steve was happy for all the hard work the Murder Mystery Dinner had put in and hopes that it will be a success in its new date of July 18th.

Lion Craig was happy that a conference that he was scheduled to go to was canceled so he could go to the MMD, but then he was sad because that had been canceled also.

Lion Roy was happy Lion Aron had given him a bottle of Jack Daniels that he was not going to drink.

Lion George was happy his cleaning lady was there when it blacked out and she was able to stop him from falling on his head.

Lion Karen was $10 happy that Lion Melinda had put in that extra $5 for the Giants cup.

Lion Vicki was happy that her Husband was playing golf and doing well.

Lione Dee fined Lion Tom for not being able to shot a bow and arrow because of his hand hurt too much.

Lion Vicki fined Lion Bob Line for being the superintendent when she was asked to teach a class in Bachelor Living. She had a long story about one of the “jocks” using the oven and using it for smoke signals.

Lion Pat fined his late brother for teaching a shop class where one kid used an air nailer to staple a hat on some head. His late brother was not available to pay the fine, so Pat took it upon himself to pay it.

$5.00 raffle: Lion president Ruth won and donated it to the Leo club.

Marble: Lion Karen, (again) but she was not that lucky, drawing a blue marble. 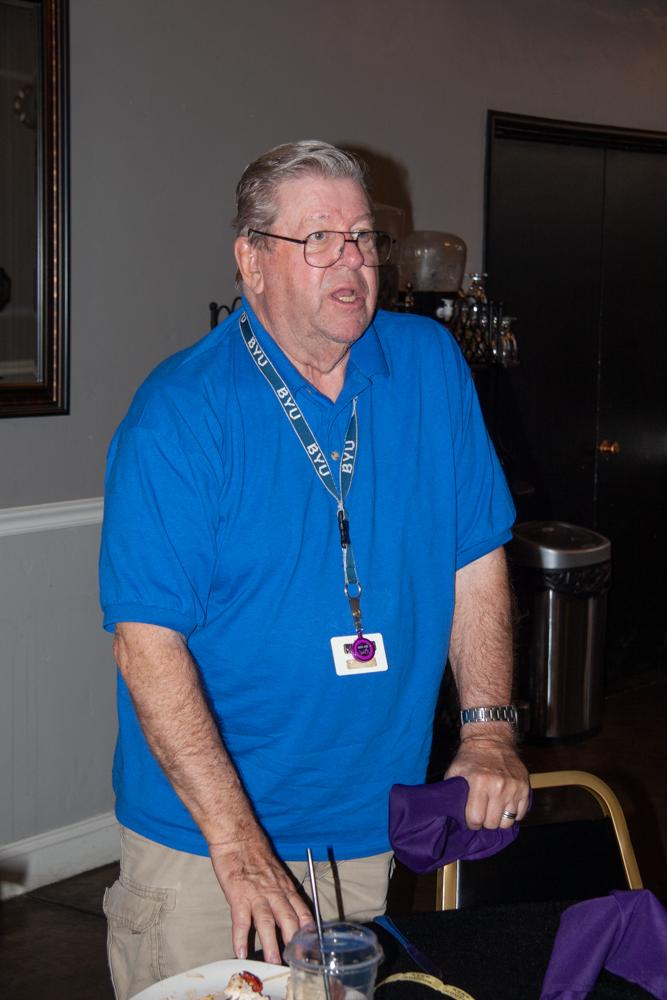 Lion Steve won the free add (to the joy of your editor this week, Lion Roy) and the National League pennant and this year, the series. 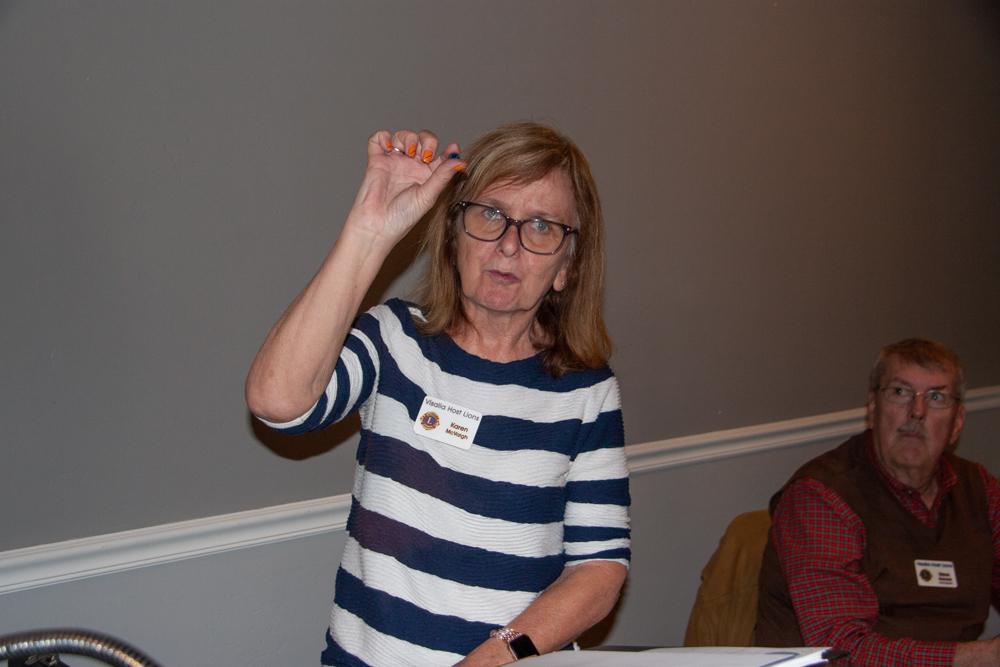 Lion Karen proudly shows off her blue marble, giving someone else a chance at the winning marble next week, or I should say, next meeting (April 17th)