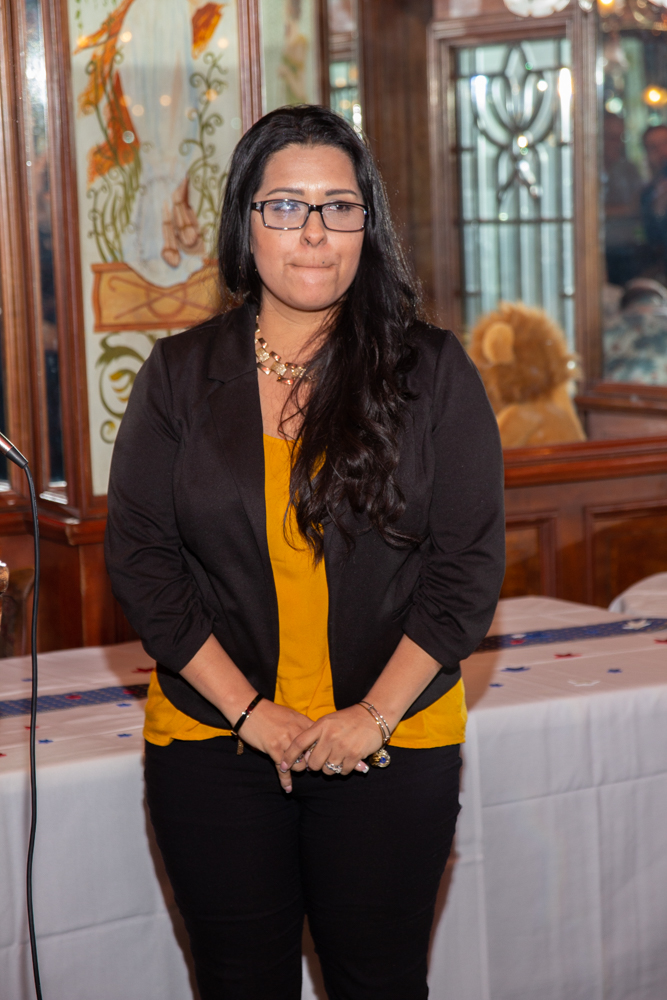 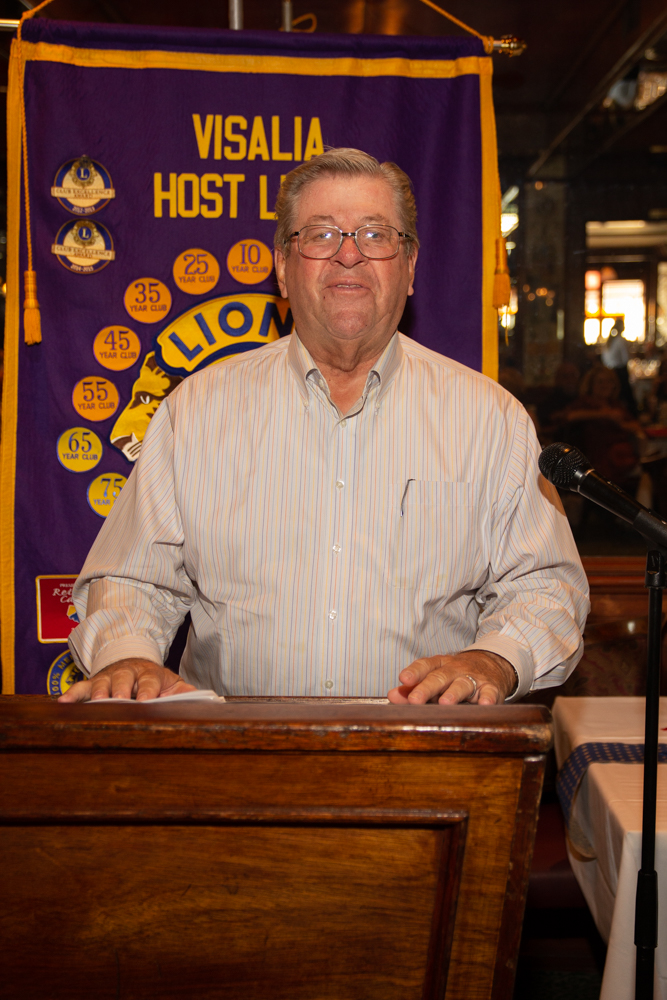 Guests for the meeting were Gil Jaramillo of the Tulare Kings Hispanic Chamber of Commerce and Barbara Pilegard of the Tulare County Association of Governments.

In a preemptive move, former President Karen McVaigh purchased the “no-fine” badge for the meeting.

Secretary Steve Gerrard presented a plaque to Lion of the Year Lauri Aguilar and recognized her outstanding contributions to the Club.  In addition to leading our efforts on the very successful Murder Mystery Dinner, Lion Lauri was also on our Board of Directors, volunteered to help with vision screening and charity events, and served on Club committees.  As Lion of the Year Lauri was made a Life Member of the Lions Eye Foundation.

Secretary Steve also made a donation to the Club Foundation account.

Former President Karen announced that the Club will dark on July 5th.  Members are welcome to go wherever they want on Friday, except Club.

Lion Dee Baughman is happy to be celebrating Independence Day.

Lion Brad Board said the installation dinner was a great event and he is looking forward to working with President Ruth.

Modest Bob Line commended the speaker who installed the officers at the installation dinner.

Lion Karen McVaigh thanked Lion Vicki for planning the installation dinner, and Lion Dee Baughman for acting as Master of Ceremonies so soon after major surgery.

Lion of the Year Lauri Aguilar thanked everyone.

Lion Vicki Whitehouse donated a massive amount of happy bucks and shared that her husband is doing well.  She also thanked Lions Karen and Melinda.

Lion Roy Dressel fined himself for having to leave early.

Lion Jeff Meader fined himself for missing the installation dinner.  He was out of town for work.

Lion Steve Gerrard fined himself for forgetting to bring Lauri’s plaque to the dinner.

Barbara Pilegard of the Tulare County Association of Governments described her organization’s efforts to help ensure a complete count of Tulare County residents during the upcoming census. 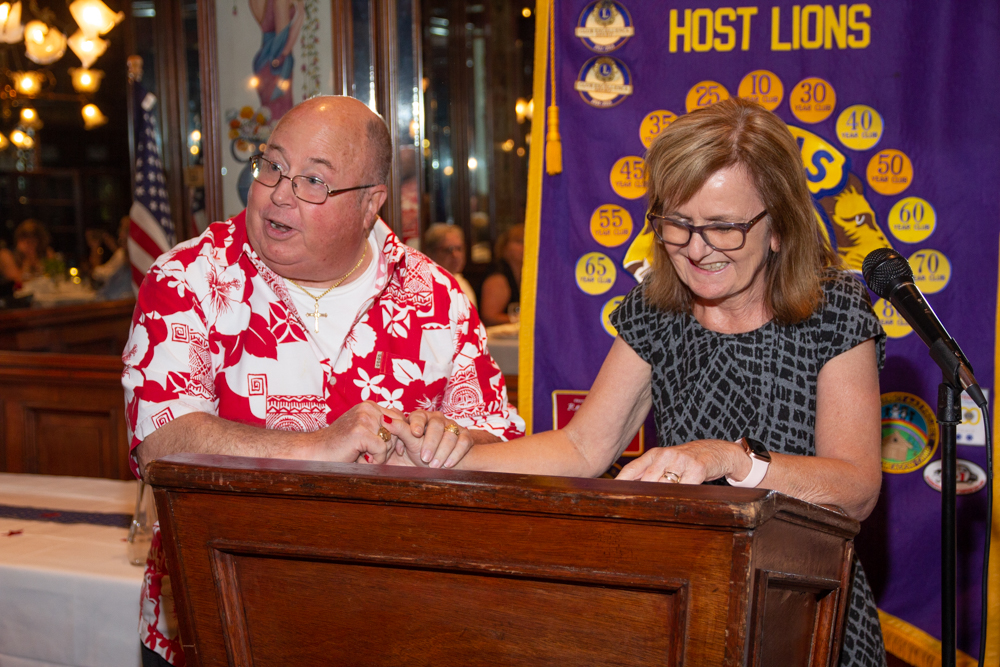 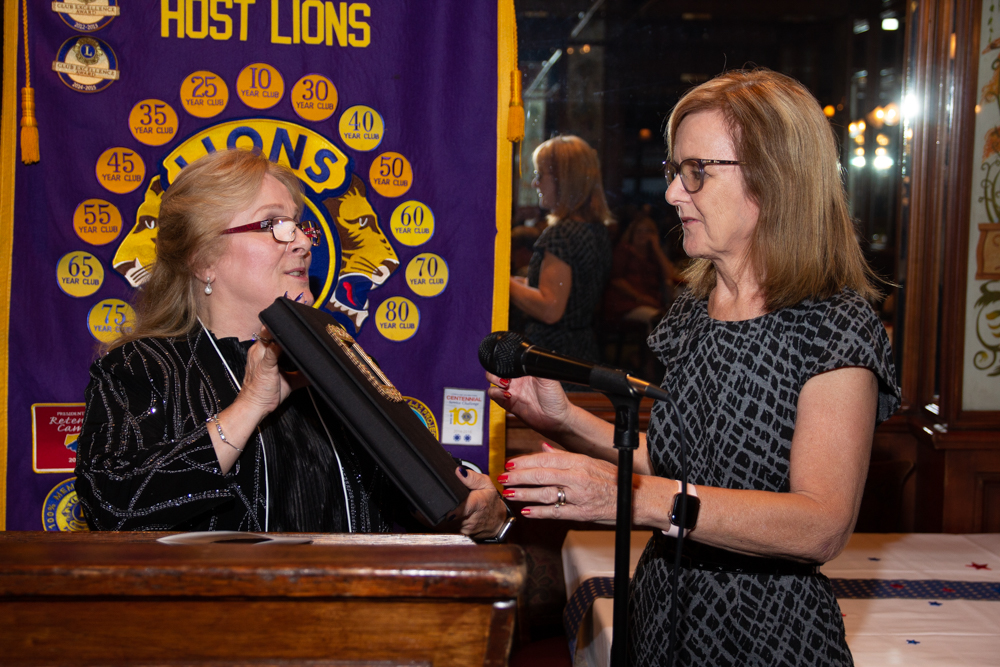 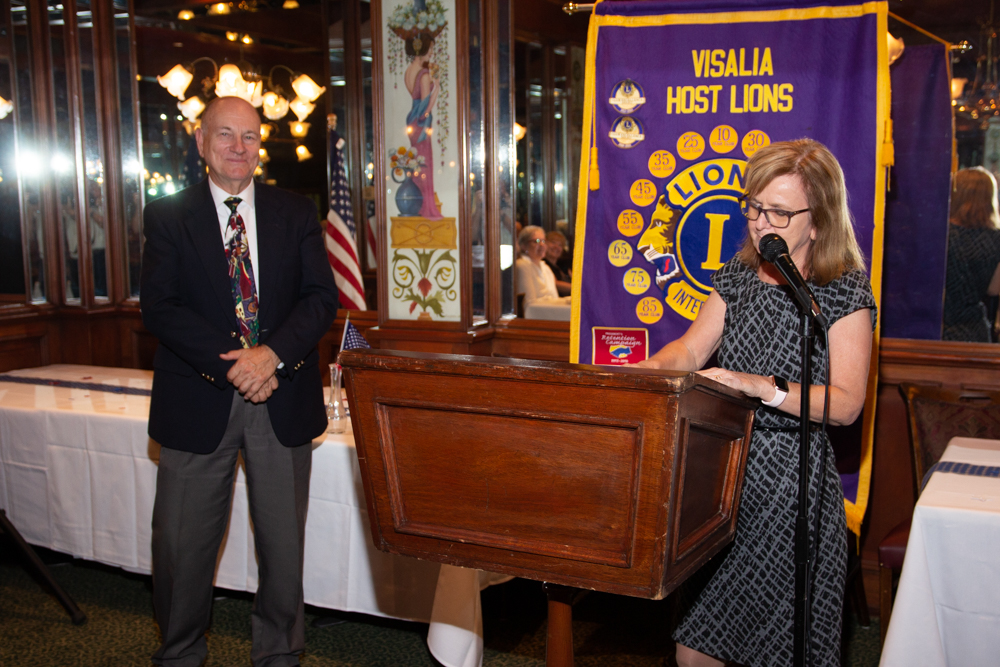