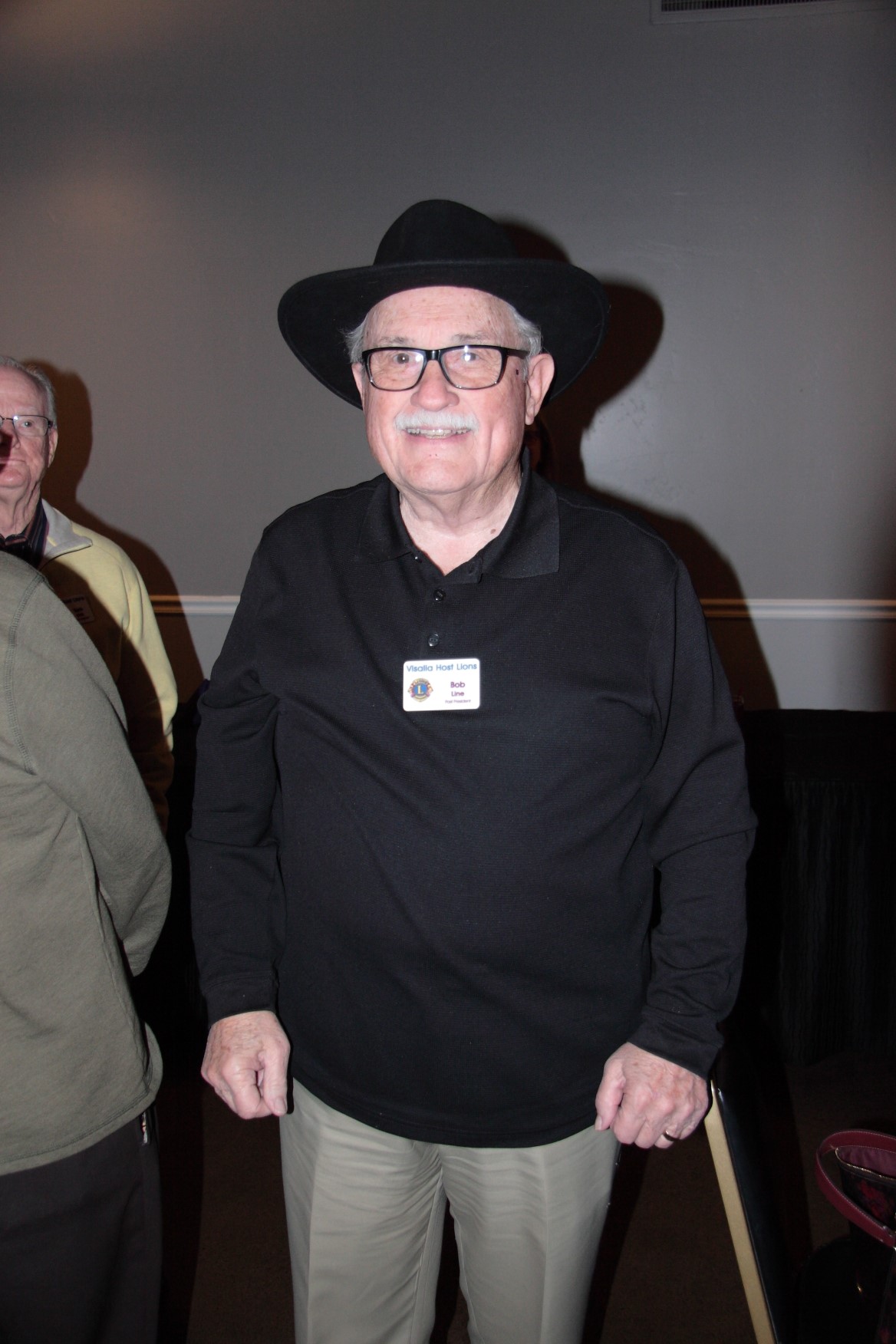 Lions also sang the “Happy Birthday Song” in honor of Steve Gerrard and Damon Yount who were born in March.

Lion Pete Sherwood shared that the winner of our Club’s Student Speaker Contest will be competing at the Zone Contest on Wednesday March 6th at the Lamp Lighter Inn.

Lion Dee Baughman will be going to Utah for his Grandson’s wedding.

Lion Roy Dressel was happy to have his old friend Michael Alverez at the meeting and that the weather has been good for motorcycle riding. Lion Roy also had the opportunity to photograph Special Olympics athletes.

Lion Brad Board shared that Visalia residents may finally be glad to have flood insurance.

Lion Craig Wheaton was happy to have a weekend free.

Lion Bob Line shared that his daughter’s surgery is on national TV.

Lion Vicki Whitehouse donated five happy bucks. Her husband is doing well and she wanted to recognize Lion Laurie Aguilar for her efforts with the mystery dinner.

Lion Tom Link will be at the COS basketball playoffs tonight, courtesy of Lion Bob Line.

Lion Vicki Whitehouse fined Lion Pat Harrison, who shared that he once bought a camera flash unit off our guest speaker, for talking about flashing.

Secret Greeter Pat Harrison fined Lion Ruth McKee for not shaking his hand prior to the meeting as required.

Michael Alverez of the Visalia Parks and Recreation Foundation described their efforts to create charity events to support Visalia Parks. This year’s events include the Fromage Frolick, a grilled sandwich contest; the Senior Center Mural Project; and Love Your Parks Day.