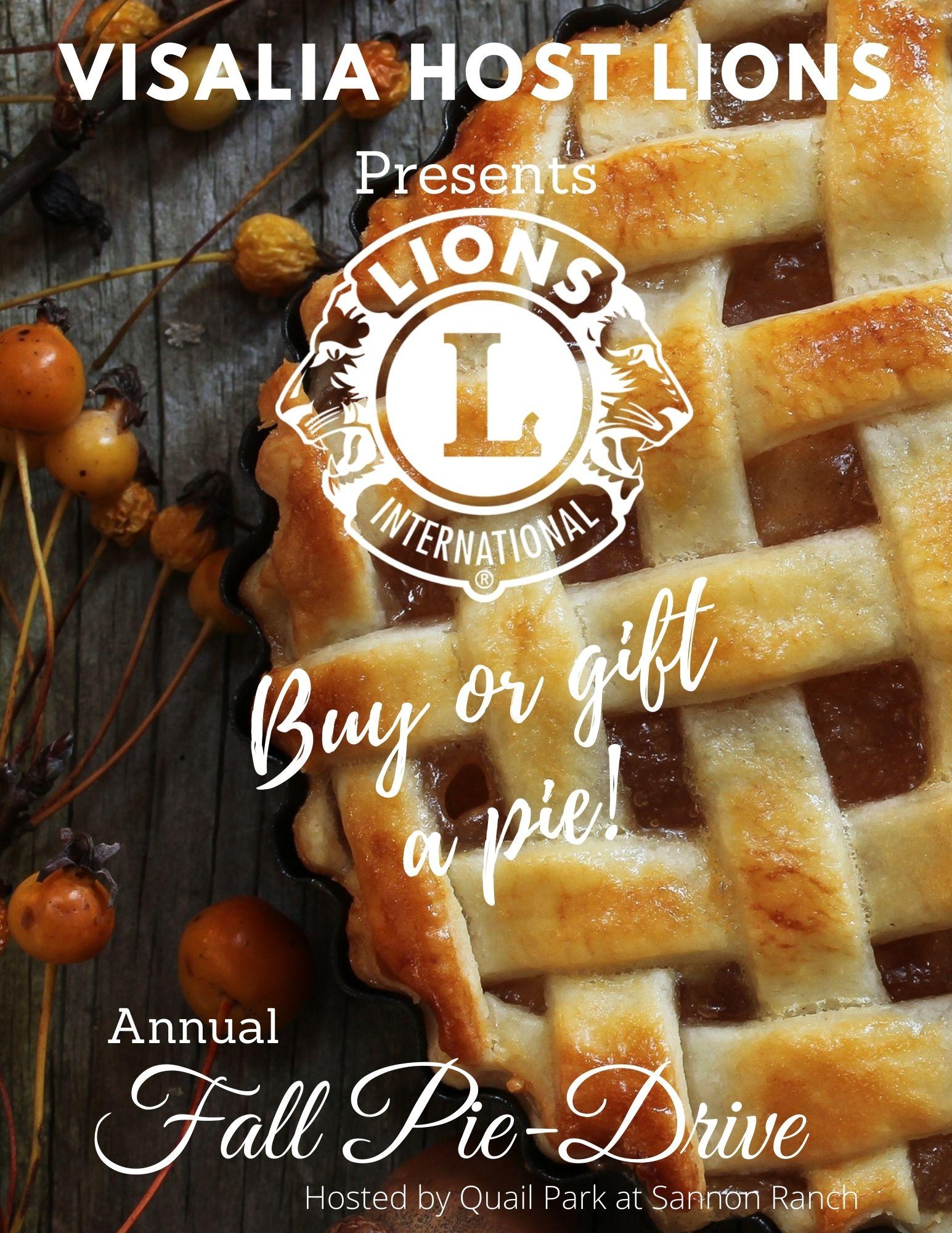 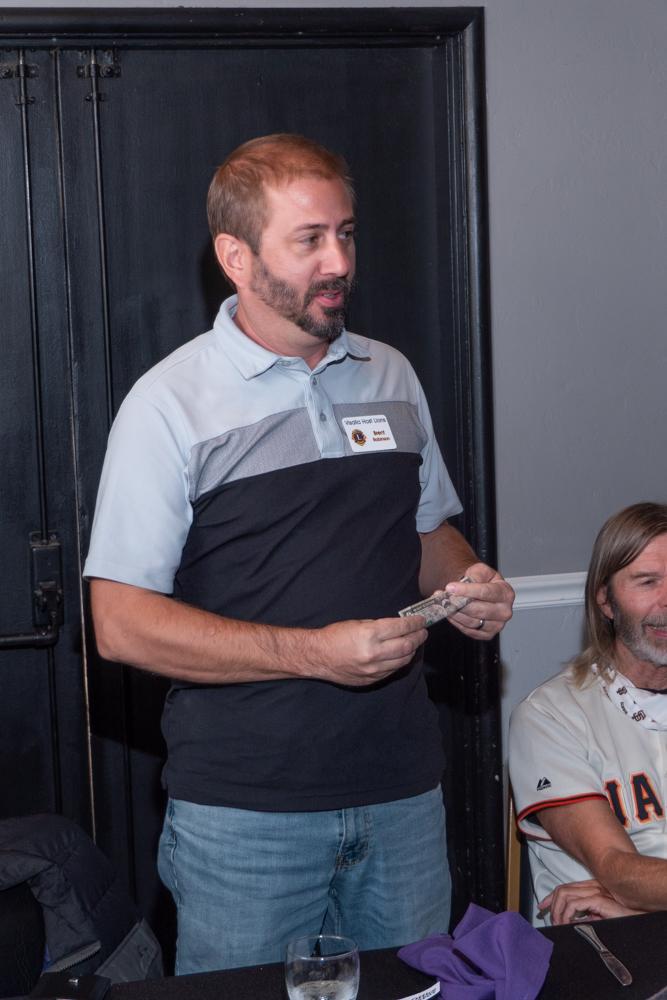 President Aaron Odell opened the meeting by asking Brent Robinson to lead his fellow Lions in the flag salute.  Dee Baughman led the group in song and Pete Sherwood led his follow Lions in prayer.

President Aaron announced that the Hanford Breakfast Lions will be hosting a “Too Cute to Spook” themed costume party on October 16th at 4PM at the Salvation Army building in Hanford.  He also reminded Lions that the 101st anniversary party for the Fresno Host Lions is October 23rd.

Lion Tom Gaebe passed around another sign-up sheet for volunteers to help with the Annual Band Review and Field Show also on October 16th.

The Club will be holding a Pie Sale Fundraiser prior to Thanksgiving in conjunction with Quail Park at Shannon Ranch.

Lion Pete Sherwood was happy to perform the invocation at the beginning of the meeting.  He was originally asked to lead the song, but respectfully declined the request, stating that, unlike most attorneys, he can’t sing.  He also happy that he had  attended a family reunion in the Bay Area, and was able to see the Giants clinch the MLB Western Division Title.

Lions Craig Wheaton and Dee Baughman were happy for the recent rain and the Giants success.

Lion John Parker will be opening a second shoe store in Bakersfield.

Dodgers fan Roy Dressel was happy his team is playing the Giants in the Division Series Playoffs.

Brent Robinson will be mountain biking in the Santa Cruz Mountains.  He also hired his wife to assist  him with his financial planning business.

Red Sox fan Allen Ventling was happy that his team beat the Yankees in a wild card game.

Lion Pat Harrison was  happy that a friend’s house-building project was nearing completion.

President Aaron was happy for the rain and his wife, Lion Sweetie.

Lion Vicki Whitehouse was happy her husband is doing well and for Nelly Freeborn being at the meeting.  She was also happy to see a few baseball fans wearing their colors to Club.

Lion Roy Dressel fined Lion Bob Line for not recognizing him when he let Bob cross the street.

President Aaron was fined for referring to his wife, Lion  Betty,  as  Sweetie during the meeting.  He was also fined for not recognizing October birthdays at the first meeting of the month.

Nelly Freeborn of Visit Visalia described her organization’s efforts to promote the city as a tourist and convention destination.  One of the organization’s newest initiatives is the Sunflower Hidden Disabilities Program.  As part of this effort, staff at local hotels, restaurants and other businesses are being trained to help visitors with disabilities like autism, that may be hidden.  Visit Visalia is also working to get the city certified as the first Certified Autism Destination in California. 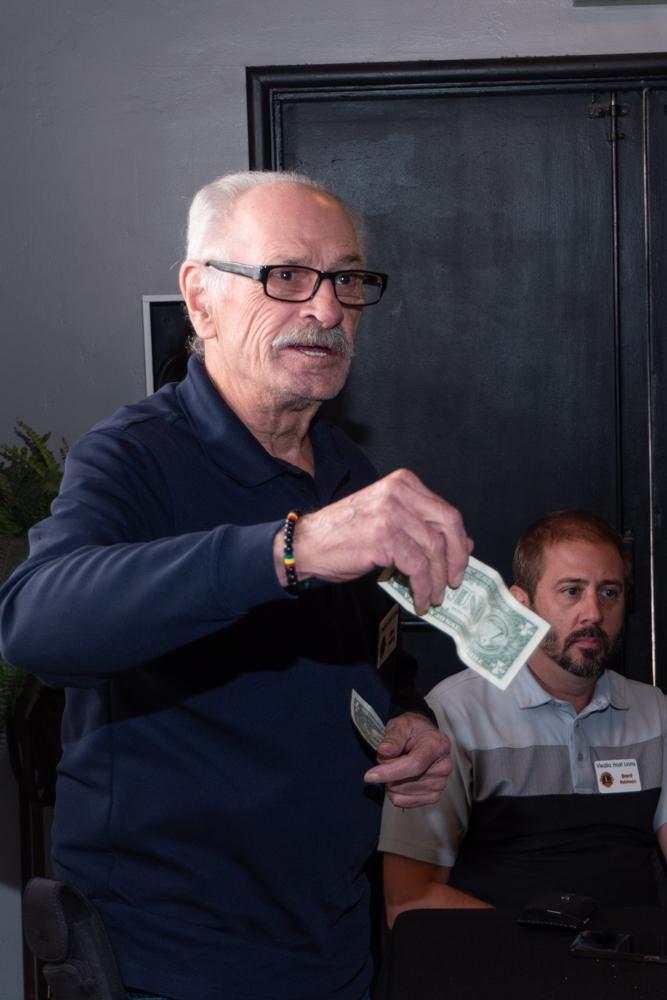 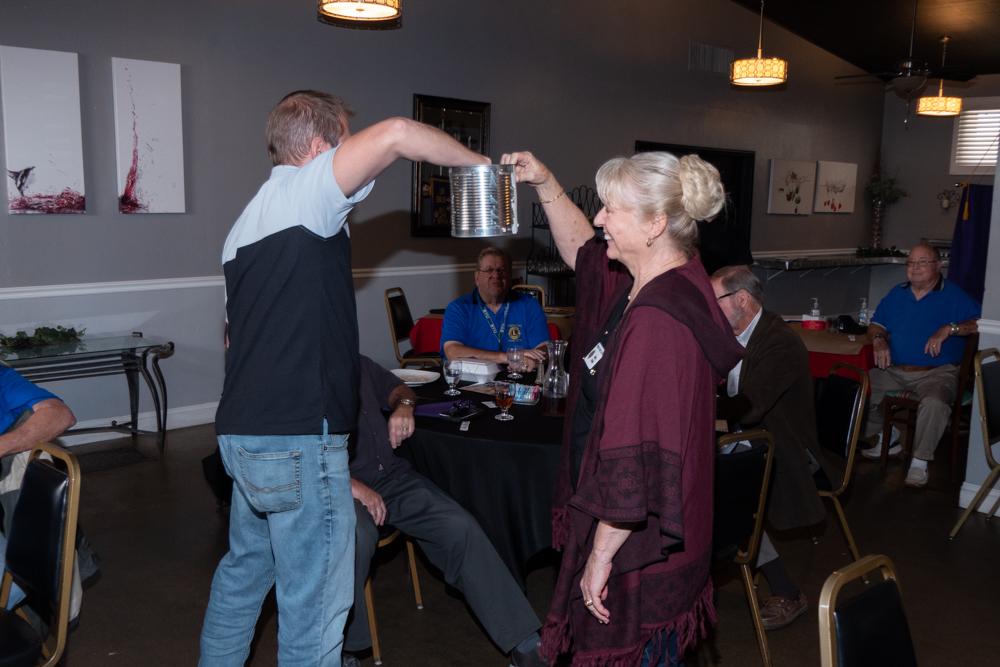