President Brad Board started the meeting with a moment of silence in memory of the lives lost in the 9/11 terrorist attacks on America. He then asked Lion Pat Harrison to lead his fellow lions in song: God Bless America. Lion Allen Ventling led the Pledge of Allegiance, and Lion Jeff Meader led his fellow lions in prayer.

The “no-fine” badge for the meeting initially went to Guest Liz Wynn, but it was shrewdly re-purchased from Ms. Wynn by Lion Ruth McKee in an effort to avoid the stiff penalties she faced for gaffes during the recent Club golf tournament.

Lion Allen Ventling thanked Lions again for their help with the Annual Charity Golf Tournament, which was held Friday August 28th. He also shared that volunteers had signed up for the three upcoming vision screening events: September 14th at Earlimart School, September 21st at Pixley School, and September 28th at Sunnyside and Pleasant View Schools.

Lion Bob Line announced that a “warrant” had been issued for his arrest in conjunction with the Visalia Emergency Aid Council’s “Bail Me Out for Hunger” fundraiser. The fundraiser will be held on September 16th at Great Dane Bail Bonds on Main Street. Lion Bob asked that fellow Lions help with his $1000 bail by making a contribution to Visalia Emergency Aid. Lion Pete Sherwood will also be doing time to raise funds at the event. Lion Pete’s preliminary hearing is scheduled for 12PM and Lion Bob is on the docket for 12:30PM.

President Brad reminded Lions that there will be a visitation with the Three Rivers Lions Club on Thursday September 17th at 6PM. President Brad also shared highlights from the Club’s September Executive Board meeting:

- October has been designated as “New Member Month”. Members bringing a guest interested in Club Membership will receive a free lunch at October Club meetings.

- There will be a vote to consider changes to the Club Constitution at the regular meeting on September 25th. The proposed change would correct the name of a Club account.

- The Board approved a motion for the Club to sponsor Host Lions Club Membership for the La Sierra Leo Club Advisor.

- Lion Jeff Meader is leading efforts to identify community service opportunities -- There will be an opportunity to help Habitat for Humanity clean up a Goshen house September 26th.

- Lion Janet McClintock will be working to find options and costs for a new, safer storage unit. The Board also authorized the purchase of plastic storage bins for the unit.

Lion Roy Dressler was happy with the way President Brad had started the 9/11 meeting, with a moment of silence; and happy that the Dodgers were still in first place atop the National League’s Western Division. Lion Roy will be traveling to his hometown in Vermont next week for his mother‘s funeral.

Lion Ed Jones shared that he was also happy to see the Dodgers in first place, and happy that two Club members would be incarcerated as part of the Visalia Emergency Aid “Bail Me Out for Hunger” fundraiser.

Lion Dee Baughman was happy with the last-minute game winning touchdown scored by the BYU cougars in their game against Nebraska.

Lion Ruth was happy that it was Friday. and happy that she was able to buy the coveted no-fine badge.

Lion Leigh Mosconi was happy with help he had received from Lions Ed Jones, Chris Baldwin, and Dee Baughman putting away the posts after the recent Club golf tournament. He also shared that he had taken Special Olympian Daniel Mackey to a Special Olympics Golf Tournament, where he won a bronze medal.

Lion Pete Sherwood was happy that he would be attending a wedding in San Diego, where he will see his daughter from North Carolina.

Lion Carol Jones was happy to be heading back to the Coast for the Margarita and Avocado Festival.

Lion Craig Wheaton was happy for his Dodger fan friends, who now may be able to see their team play in a few playoff games.

Lion Jeff Meader was happy that football season had begun.

Lion Daryl Farnsworth was happy the City had completed their street repavement project, and that he was no longer “landlocked“.

Lion Tom Link recently celebrated his 51st wedding anniversary and his daughter‘s 45th birthday. He will be leaving for a 25 day trip to Europe soon. Lion Tom also shared that his daughter is holding a fundraiser for the Green Acre’s School Little Theater.

Lion Vicki Whitehouse was also happy with the way President Brad had started the 9/11  meeting, with a moment of silence; and happy with the way Lion Dee had “jumped in” to be cashier for the meeting in Lion Tony Loliva’s absence.

President Brad was happy that he had recently saw Lion and VUSD Superintendent Craig Wheaton on TV, and also happy for Dodger fans.

Lion Bob Line thanked Lion Ruth Mckee for her generous “Bail Me Out for Hunger” donation to Visalia Emergency Aid. 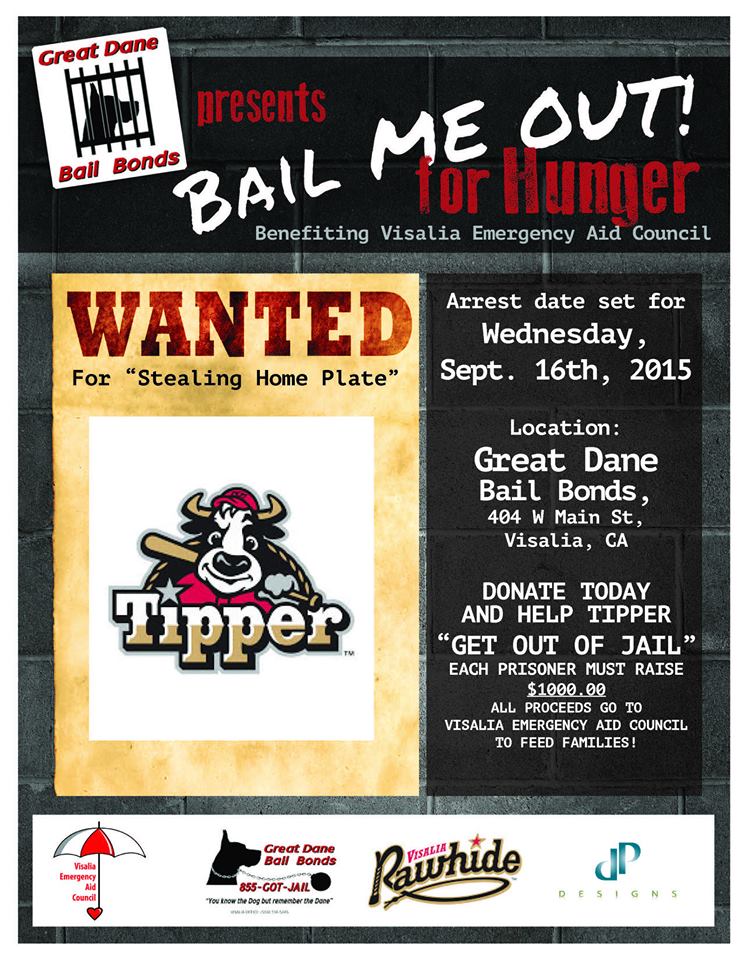 Lion Eric Frost fined Lion Dee Baughman for his description of the end of the BYU Nebraska football game, noting that there is no such thing as a “Hail Joseph Smith” pass.

Lion Tom Link fined Lion Bob Line for “messing up his computer” after Lion Jeff had worked hard to fix it. In response Lion Bob shared that Lion Tom had made an online banking error and paid California Water Service $9,000.

Lion Mark Olsen fined himself for arriving at the meeting late and leaving early, and also asked for assistance next week with the AAUW book drive.

The guest speaker for the meeting was Liz Wynn, Executive Director of the Visalia Emergency Aid Council. Ms. Wynn described the organization’s long history, which dates back to the dustbowl and depression, and their extensive current efforts to help the hungry in the Visalia area.