The “no-fine” badge for the meeting went to Lion Leigh Mosconi.

President Brad announced that there would be a quick Executive Board meeting after the Club meeting to consider proposals for leasing new storage areas. He also reminded Lions that the Club’s Community Service Project for Habitat for Humanity would be held on Saturday, September 26th. Several members had volunteered to help with the project.

Lion Tom Gaebe reminded Lions that Visalia’s Annual High School Band Review and Field Show has been scheduled for October 17th. A record number of participants have signed up, so the event is expected to run longer than in previous years..

Lion Allen Ventling shared that 107 Kindergarteners were tested at a recent Club vision screening event at Pixley School. He thanked Lions Dee Baughman and Kent Woolley for their assistance. Volunteers have also signed up for upcoming vision screenings on September 28th at Sunnyside and Pleasant View Schools. Additional volunteers are still needed for an event on October 5th at Ivanhoe School.

Lion Dee reported that the Leo Club is progressing well - The Leos recently held their first Board meeting since they were chartered. Leo Club T-shirts are on order and an application for Lions membership has been forwarded to Leo Club Advisor Jill Cruickshank.

Lion Vicki Whitehouse will be attending the Houston School Citizenship and Attendance Assembly on behalf of the Club.

Lion Craig Wheaton was happy that Lion Bob Line was present and that he did not win the “no-fine” badge.

Lion Melinda Blankenship shared that the daughter of a friend from her work would be in the homecoming court at Mt. Whitney High School tonight.

Lion Ruth was happy that it was Friday, and, since she was still expecting to be fined by Lion Vicki for gaffes at the golf tournament, she was also happy that Lion Vicki had left the meeting early.

Lion Ed Jones shared that he was happy to see the Dodgers in first place, happy that he had bought a new motorcycle while his wife Carol was in Columbus Ohio, and happy that his wife was now back home. Lion Kent Woolley was also happy the LA Dodgers were in first place atop MLB’s Western Division. The Dodgers only need 3 more wins to clinch a playoff berth.

Lion Leigh, who is known for his outstanding golfing skills, won a silver medal at a recent Special Olympics Charity Golf Tournament.

Lion Dee Baughman was happy with the great work that Lion Allen does coordinating and working the children’s vision screening events.

Lion Pete Sherwood was happy that he was able to give an informative presentation on estate planning to residents of a retirement community in Oakland, where his parents live.

Lion Carol Jones was happy to be back from Columbus Ohio, and happy that her long work week (one day) was over.

Lion Pat Harrison shared a golf story: his nephew obtains second-hand golf balls from the Visalia Country Club and drives them into the cow pastures below his house, which is in the hills near the Woodlake Rodeo grounds. He then collects the golf balls after the pasture grass dies back.

Lion Daryl was happy to have won $150 at the Tachi Palace Casino.

Lion Dee Baughman shared that Lion Eric Frost had fined himself for leaving early and had left a dollar to pay the fine. Lion Dee, a devout San Francisco Giants fan, also fined Lion Chris Baldwin for allegedly bragging about the Dodgers.

Lion Leigh fined Lion Dee after the golf supply website that Lion Dee recommended e-mailed him and explained that they only ship to Australia. (Lion Daryl reportedly has a cousin that in Oklahoma that could have supplied the golf balls.)

Lion Jeff Meader fined Lion Bob Line, tired of hearing about his moustache. As Secret Greeter, Jeff also fined Lion Chris Baldwin for failing to shake his hand prior to the meeting.

Lion Justin won the free advertisement, which he used to root for the Oakland Raiders. Lion Craig Wheaton won the five-dollar raffle and graciously donated the proceeds to the Lions Eye Foundation. Lion Allen won the lottery tickets. Lion Janet McClintock won the chance at the marble drawing, but failed to find the elusive white marble. 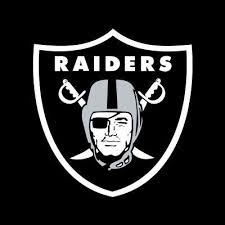