The “no-fine” badge for the meeting went to Lion Bob Bricker.

President Brad announced that there will be a visitation with the Three Rivers Lions Club on Thursday September 17th at 6PM. Lions interested in participating should RSVP to Secretary Steve Gerrard by September 12th. President Brad also reminded Lions that there would be a vote to consider changes to the Club Constitution at the regular meeting on September 25th. There will be a service opportunity to help Habitat for Humanity clean up a Goshen house September 26th.

Lion Pete Sherwood announced that the new shelving donated to Visalia Emergency Aid by the Club will be installed on Saturday September 12th.

Lion Dee Baughman had three announcements: 1) Lion Gary Brown passed away after a prolonged illness -- Services will be held at 11AM on Saturday September 12th at the Crossroads Church in Tulare. At the request of Gary Brown‘s wife, President Board rang the Lion‘s bell in Gary’s honor at the meeting, and Lion Daryl Farnsworth shared a funny story about camping with Dee and Gary Brown at Pismo Village.2) Lion Dee is selling books of “gift checks” for his granddaughter’s school for $12; and 3) The Leo Club Charter dinner was a great success -- Attendees included Charter La Sierra Leo Club members, Parents, Host Lions, and Lions District Governor Craig Cooper. Dee thanked several Club members for their efforts in cooking and serving the dinner, and Vice President Rebecca Juarez for helping with the ceremony.

Lion Allen Ventling thanked Lions for their help with the Annual Charity Golf Tournament which was held Friday August 28th . He also shared that three vision screening events have been scheduled: September 14th at Earlimart School; September 21st at Pixley School, and September 28th at Sunnyside and Pleasant View Schools. Lion Allen also announced that he had talked to Houston School’s new principal and the school will once again be collecting aluminum pull tabs as a fundraiser. There will also be a Grand Opening Celebration for the Houston School Park that the Club helped build on September 12th.

Lion Janet McClintock shared that she recently attended a District Cabinet meeting at which the new District Governor was inducted. She also encouraged Club event and service project chairs to track participation to ensure the Club’s efforts are properly recognized at the District level. 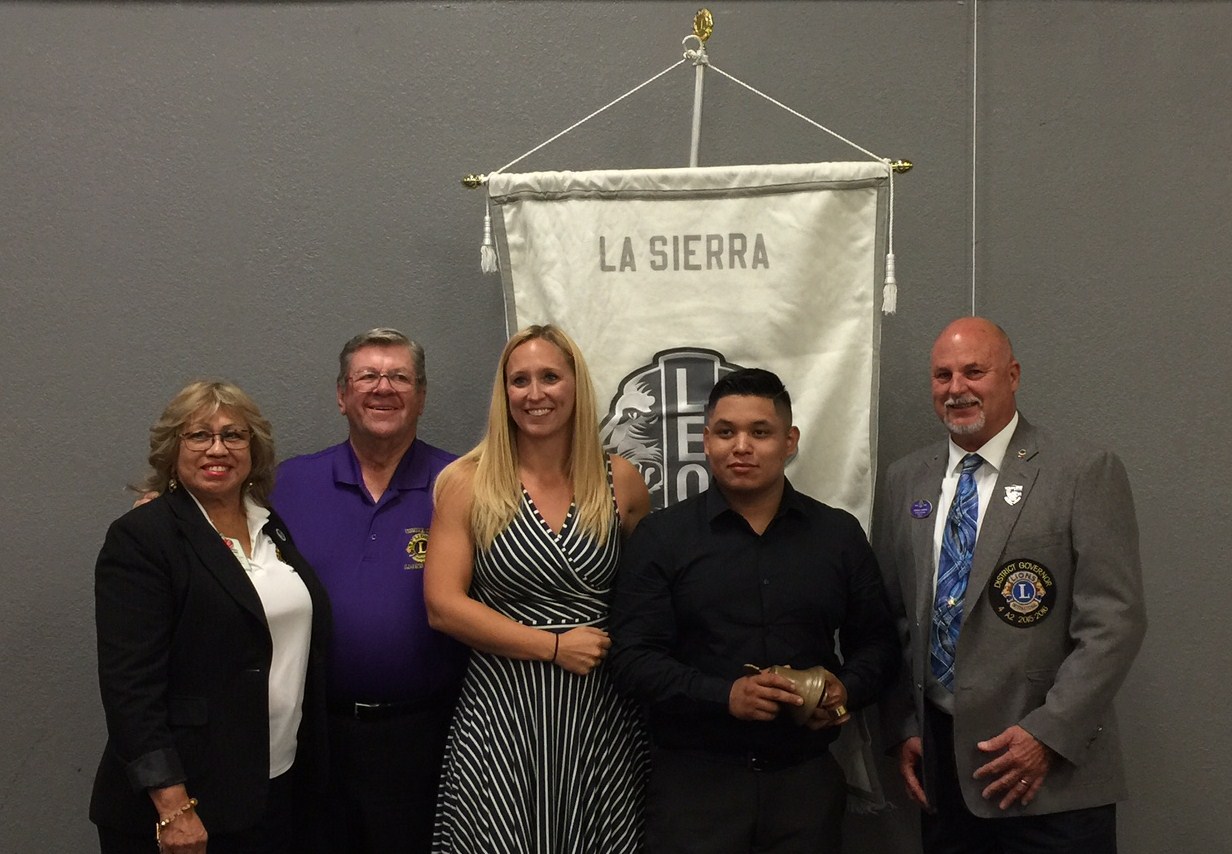 Lion John Parker was happy with the success of the Annual Golf Tournament.

Lion Chris Baldwin was happy that his Los Angeles Dodgers had swept the World Champion San Francisco Giants in a three game series. Lion Dee, a Giants fan, was happy with the recent historic two no-hitters that were thrown against the Dodgers by opposing pitchers.

Lion Ruth was five dollars happy that it was Friday and the beginning of a three-day weekend.

Lion Janet was also five dollars happy -- her son is in town and is applying for a job as Athletic Director for Exeter High School.

Lion Melinda was three dollars happy. She had talked to District Governor Craig Cooper at the Leo Club dinner, and the District Governor had said nice things about Lion Janet’s participation in District Cabinet meetings.

Lion Roy Dressel shared that he enjoyed riding around the golf course with the Miss Tulare County Pageant winners during the tournament. He also recently received a big contract to photograph over 700 kids involved with football and cheerleading, and was very happy with the Dodger’s recent sweep of the World Champion San Francisco Giants.

Lion Eric Frost was happy with the success of the Golf Tournament.

Lion Pat was happy with Lion Leigh Mosconi’s success in getting Leo Club members to help at the Tournament.

Lion Don Landers shared that he had four guide dogs in training in Santa Rosa. He also shared that the Valley Oak SPCA has openings for board members, and will be holding their annual Wine and Wags Gala and Auction on September 26th.

Lion Vicki donated five dollars in recognition of the efforts of Club members and the success of the Golf Tournament. Lion Glenn also donated a happy buck in honor of the efforts that went into the tournament.

President Brad thanked Lion Allen for his efforts coordinating the tournament, and noted the casket that Salser and Diller allowed the club to use.

Lion Roy Dressel fined Lion Eric Frost, who is responsible for all Visalia City operations, for the oiling of streets. Lion Roy shared that it is difficult to ride through the oil on his motorcycle. Lion Daryl shared that he had been “landlocked for a week’ due to the road construction.

Lion Glenn Mar won the free advertisement. Lion Howard Tesmer won the five-dollar raffle and graciously donated the proceeds. Lion Melinda Blankenship won both the lottery tickets and the chance at the marble drawing, but missed the elusive white marble.

The guest speaker for the meeting was College of Sequoias Football Coach Irv Pankey. 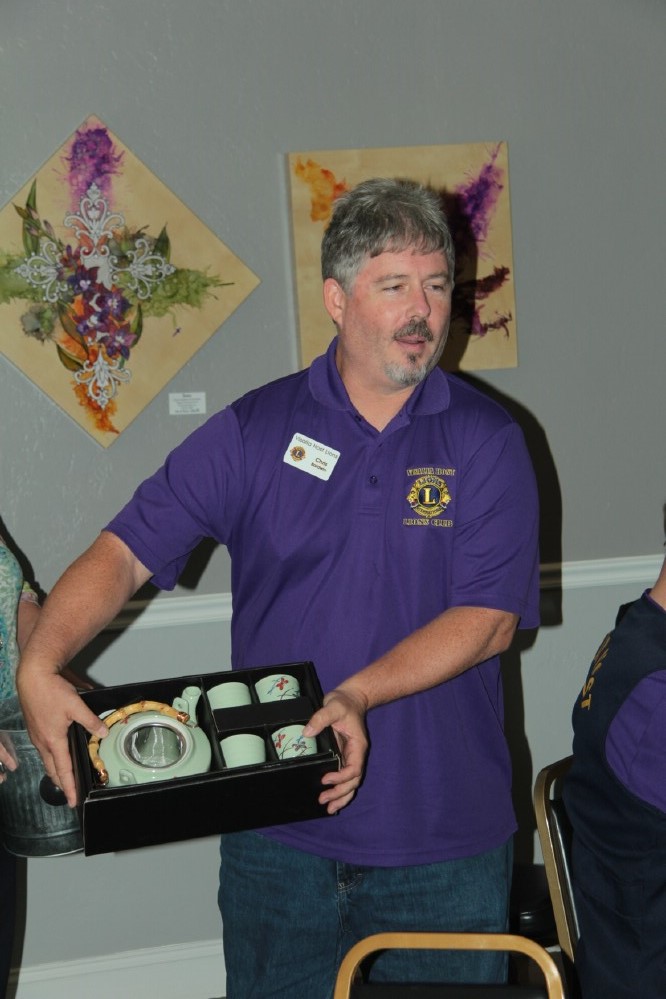 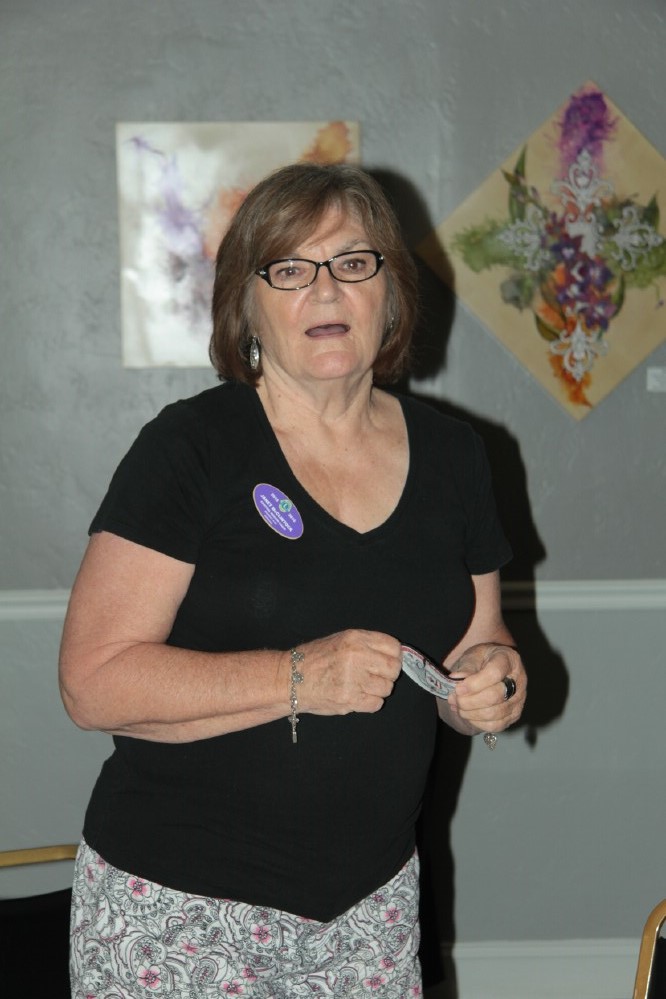 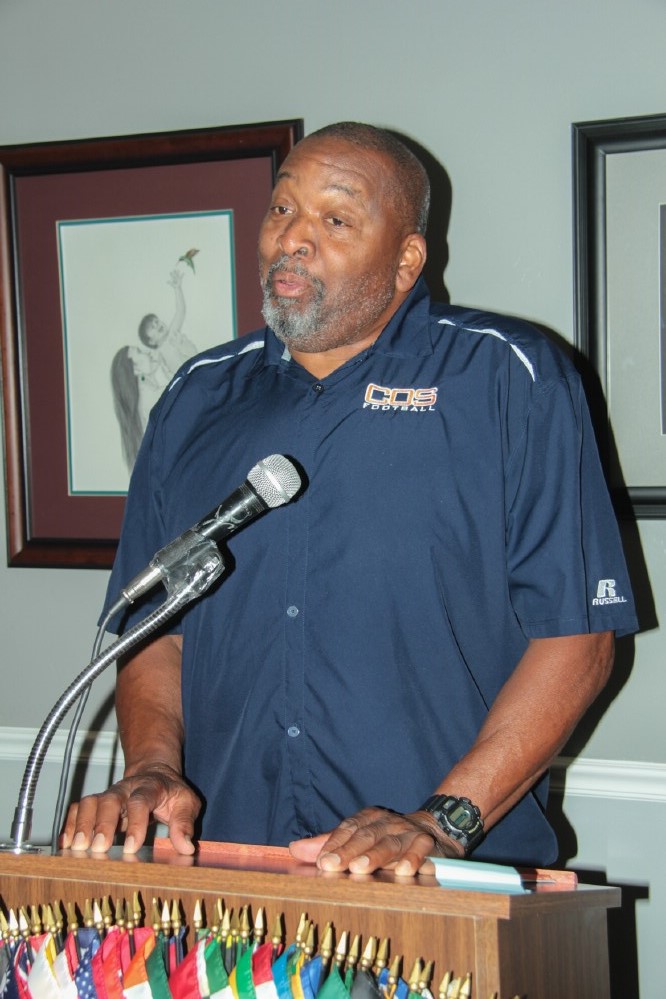