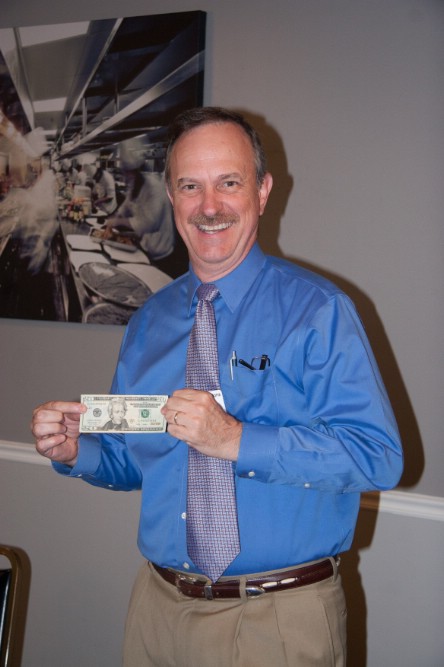 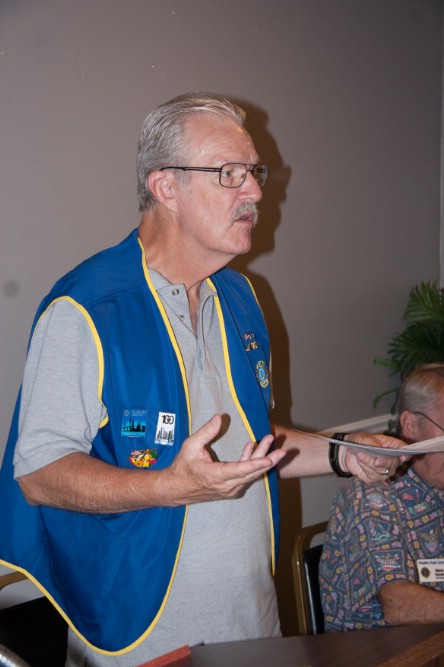 Club President Roy Dressel opened the meeting by asking Bob line to lead his fellow Lions in song. Lion Tom Link led the Pledge of Allegiance and Lion Pete Sherwood did the invocation.

Guests at the meeting included Madison Lopez, granddaughter of Walt and Rebecca Juarez; and Laurie Aguilar.

Lion Janet McClintock shared that there will be a District meeting July 28th and 29th at the Lamplighter Inn in Visalia.

Lion Walt Juarez reported that the Golf Tournament Committee had met this week. Registration forms are available and teams of players are needed.

President Roy provided an update on the most recent Executive Board Meeting. The Board approved the annual Budget for the 2017/18 fiscal year. The Board also discussed a proposal by Lion Robin Yeager for a winter fundraiser – a murder mystery night.

Lion Walt Juarez auctioned off a box of chocolate truffles with a cover depicting the Chicago Skyline. Lion Don Landers bought the truffles for a donation of 13 dollars.

Lion Pete Sherwood donated 20 happy bucks in honor of the efforts by Treasurer Ed Jones and Secretary Steve Gerrard on the annual budget.

Lion Leigh Mosconi recently traveled to UC Davis with 38 local Special Olympics athletes. Lion Leigh was named Northern California Volunteer of the Year and was given the honor of opening the games. Lion Carol Jones donated a happy buck in honor of Lion Leigh’s achievement.

Lion Glenn Mar was happy to make it to this week’s meeting. He was also happy to see only two empty seats – Good attendance makes for great meetings!

Lion Aaron Odell was happy that he was able to see his grandkids this week.

Lion Ruth Mckee was, once again, happy it was Friday. She also shared that she had a great trip to Chicago for the International Convention.

Lion Melinda Blankenship donated five happy bucks for the convention, noting that the entertainment was great.

Lion Craig Wheaton will be going to the Boy Scout camp at Shaver Lake.

Lion Daryl Farnsworth shared that he missed several meetings after a battery failed in a medical device. He thanked Lion Dee Baughman for taking him to Modesto to get the battery replaced. Lion Walt Juarez and President Roy also donated happy bucks in honor of Lion Dee’s good deed.

Lion John Parker told a funny story about a professional fisherman and an IRS investigator that was especially appreciated by small business people in the Club.

Lion Don Landers shared a joke about an assistant director of he County Department of Education.

President Roy was happy that the Dodgers were still in first place and shared that he and his wife would be traveling to Eastern California.

Lion Vicki Whitehouse attempted to fine Lion John Parker for his “long R-rated story” but was foiled by the no-fine badge.

Lion Dee Baughman fined Lion Daryl Farnsworth for having him get up so early for their trip to Modesto.

Lion Tom Link fined President Roy for not having the drawing tickets ready.

Lion Walt Juarez narrated a slideshow prepared by Lion Rebecca Juarez with pictures from the Chicago International Convention. Lion Carol Jones passed around brochures describing service projects from other Clubs around the world. Lion Carol also described the great entertainment at the convention, which included performances by the Beach Boys, the Band Chicago, and CDB. Lion Ed Jones shared how seeing and hearing about the efforts of almost 1.5 million Lions worldwide gives you a sense of the true meaning of being a Lion. Lion Ed also encouraged all members to attend next year’s convention Las Vegas. Lion Ruth McKee shared that Chicago was clean and beautiful, the weather was great, and she was able to go on some fun tours after the convention. Lion Melinda Blankenship shared a touching story about how a fellow airline passenger, after finding out she was a Lion, helped her in her travels. 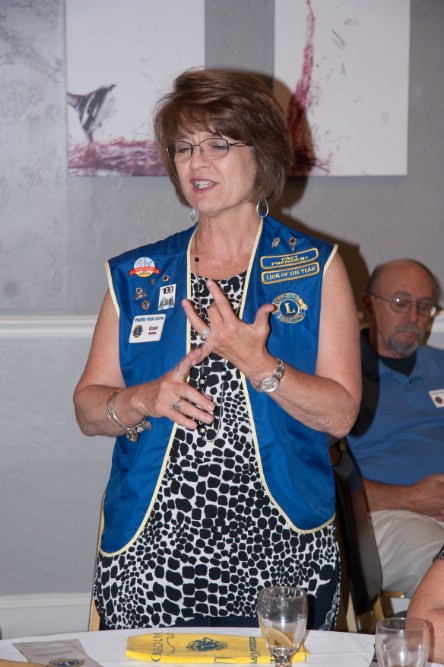