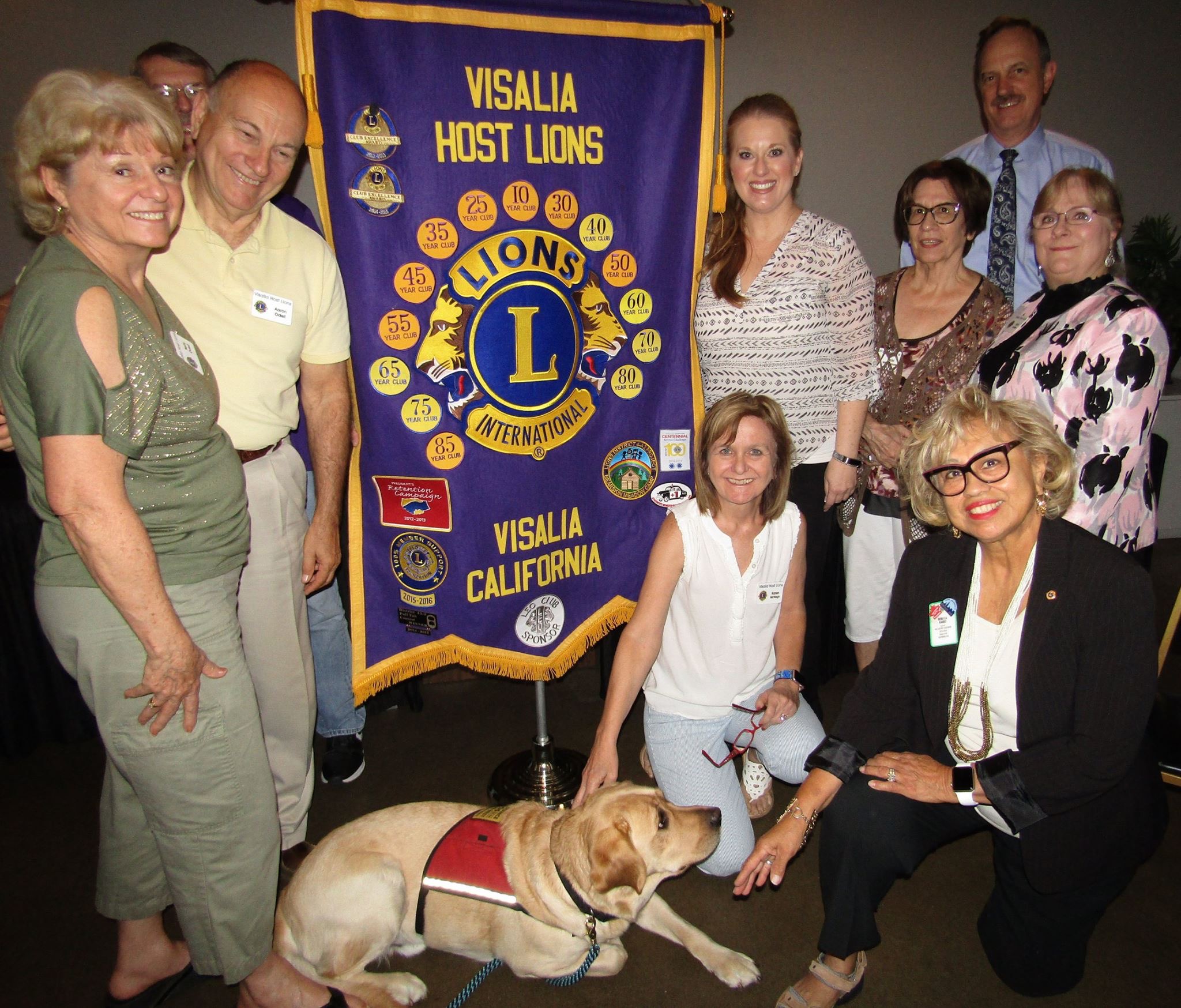 Club Secretary Steve Gerrard shared some good news -- our Club President Roy Dressel is out of the hospital and resting comfortably at home.

Lion Tom Gaebe announced that the Lions Annual High School Band Review and Field Show is scheduled for October 14th. Lion Tom is working on obtaining advertisements for the programs. The venue is yet to be determined.

Lion Dee Baughman shared that the Mighty Oak Chorus will be holding their Second Annual Roundup at Richie Barn on August 26th.

Club Secretary Steve Gerrard shared that President Roy Dressel had enjoyed the humorous “Get Well” card sent by the Club.  Lion John Parker was happy that Lion Roy was out of the hospital and doing well.

Lion Ed Jones shared that Lion Carol Jones had recently received an award as one of the top professionals in the American insurance industry. Lion Carol was also understandably happy about the honor she had received.

Lion Glenn Mar was happy to be at the Club meeting.

Lion Aaron Odell will be visiting with his grandkids.

San Francisco Giants fan Dee Baughman was happy the Giants had won two games in a row. He and Lion Vicki Whitehouse were also happy that our guests from France were visiting our Club.

Dodgers fan Ed Jones was happy that his team had the best record in the MLB, while their archrivals had what he claimed was the worst record ever. Lion John Parker was also happy about the Dodger’s success – his son is a big fan.

Lion Walt Juarez was happy another tee sign had been purchased for the charity golf tournament.

Club Vice President Karen McVaigh will be in Mammoth Lakes next week, so Lion Ruth McKee will be presiding over the Club meeting.

Lion Ruth McKee was fined for arriving at the meeting late.

Secret Greeter Carol Jones fined Lion Dee Baughman, who may not have shaken her hand prior to the meeting as required.

Jennifer Lightfoot, Director of Victim Services with the Tulare County District Attorney’s Office, described how Fortune the Comfort Dog helps crime victims and witnesses during questioning and court testimony.   Fortune was raised and trained in New Mexico as a Comfort Service Dog.  The extensive services that the DA’s office provides to crime victims are funded from fines and penalties, not taxes.