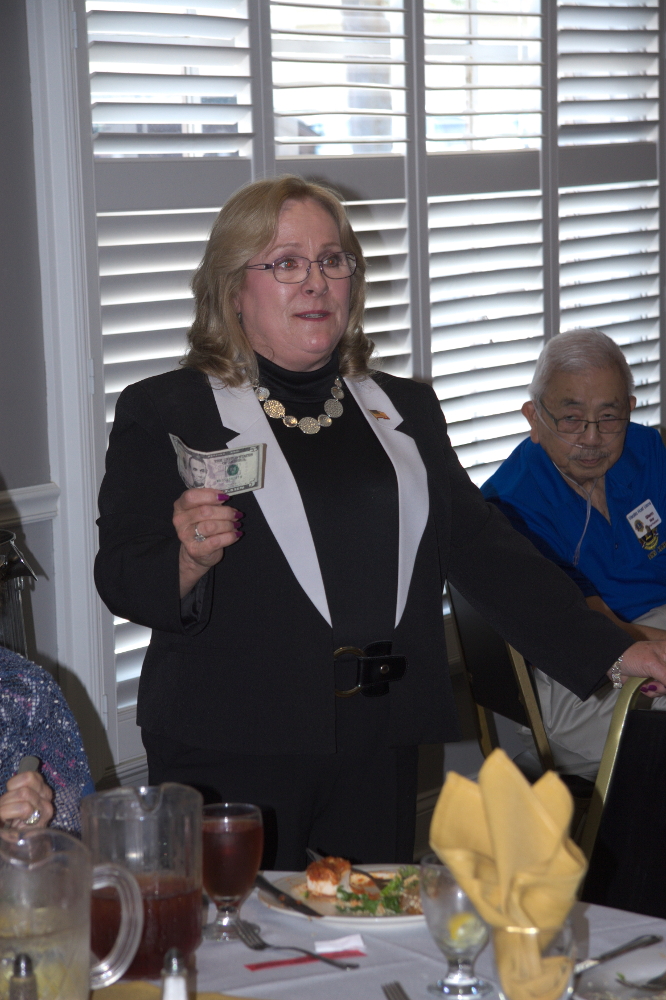 Vice President Roy reported that, at the recent Officers Installation Dinner, Melinda Blankenship had received the Lion of the Year award. He also announced that Dee Baughman and Steve Gerrard received the Club’s highest honor, the Melvin Jones Fellowship, for their many years of dedicated service.

Lion of the Year Melinda reminded members that the Club’s 90th anniversary party would be held on July 7th at the Visalia Country Club. The event will start at 5:30 PM. The dinner is free for Host Lions members and their spouses. For other guests, the dinner is twenty-five dollars. Men are asked to where collared shirts and long pants.

Vice President Roy had a close call with an errant lane changer while riding on his motorcycle, but thankfully was alright.

Back from a great time with friends at the Coast, Lion Janet McClintock donated five happy bucks. She had also attended her youngest granddaughter’s eighth grade promotion, and was on her way to pick up her son and grandsons at the airport.

San Francisco Giants fan Dee Baughman was happy that his team was in first place atop the National League’s Western Division. He also thanked his great friend Lion Glenn for his recognition.

Lion John Parker had a great fishing trip to Courtright Reservoir. He was also on his way to Oregon -- with his trip paid for with proceeds from shoe purchases by Lion Vicki Whitehouse.

Lion Walt Juarez said he enjoyed the recent Officer’s Installation Dinner. He also reported that he and Lion Dee had traveled to Bearskin Meadows Youth Diabetes Camp with members of the Leo Club to help get the camp ready for this year’s opening.

Lion Melinda shared that she was honored and humbled by the Lion of the Year Award, and also recognized fellow awardees Dee and Steve.

Lions Ed and Carol Jones donated happy bucks in honor of the honorees at the installation dinner. Lion Ed had also rode with 8,000 other motorcyclists for a Memorial Day tribute at Riverside National Cemetery.

Lion Bob Line shared that his Granddaughter had received her Masters Degree from USC.

After missing several meetings due to his job duties, Lion Craig Wheaton donated ten happy bucks. Lion Craig shared that he is working in Sacramento two Fridays a month. Next year, he will also be running for an elected office at the California School Administrators Association.

Lion Chris Baldwin shared that one of his employees had his first baby on the day of the meeting.

Lion Vick donated five happy bucks: three for the honorees at the installation dinner, one for Craig Wheaton’s new haircut, and one for all the help she received in setting up the dinner.

Lion Tom Link shared that he had a great time at the installation dinner, and thanked Lion Vicki for all her hard work and attention to detail. As a County School Board Member, Lion Tom had handed out diplomas at five schools including La Sierra Academy.

Lion of the Year Melinda fined Lion Tom Link for arriving at the meeting late. Lions Walt Juarez and Lion Chris Baldwin fined themselves as they needed to leave early. Vice President Roy fined himself for knocking over the speakers at the installation dinner.

Lion Ed Jones fined Lion and Deputy City Manager Eric Frost for the construction near the corner of Murray and Hall.

Steve Nelsen of CARE (Compassion, Alzheimers, Respect, Education) talked about his organization, which provides assistance and education for Alzheimer’s and Dementia needs. 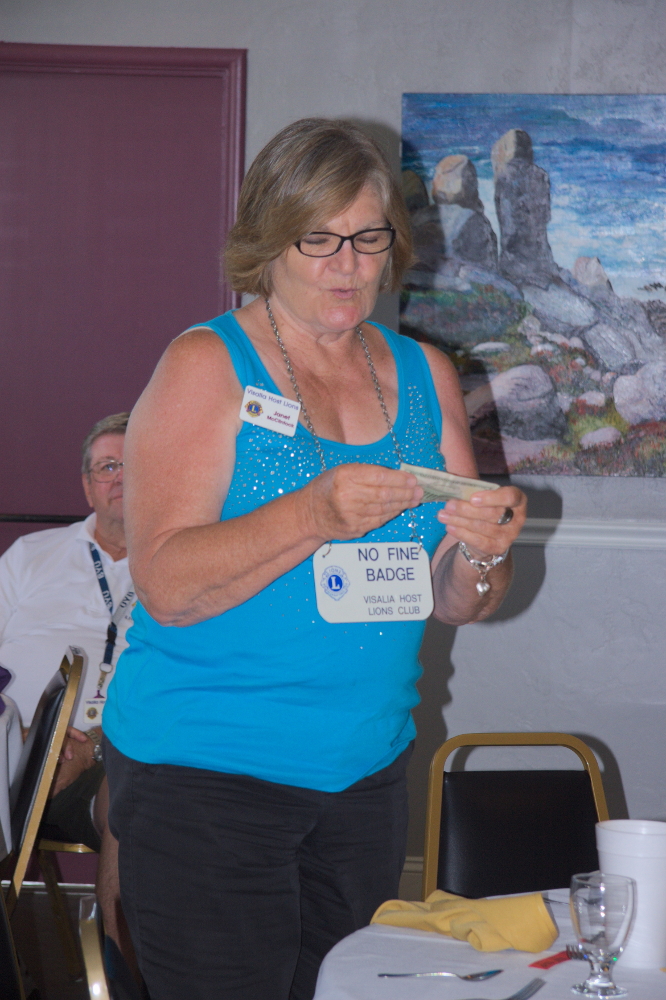 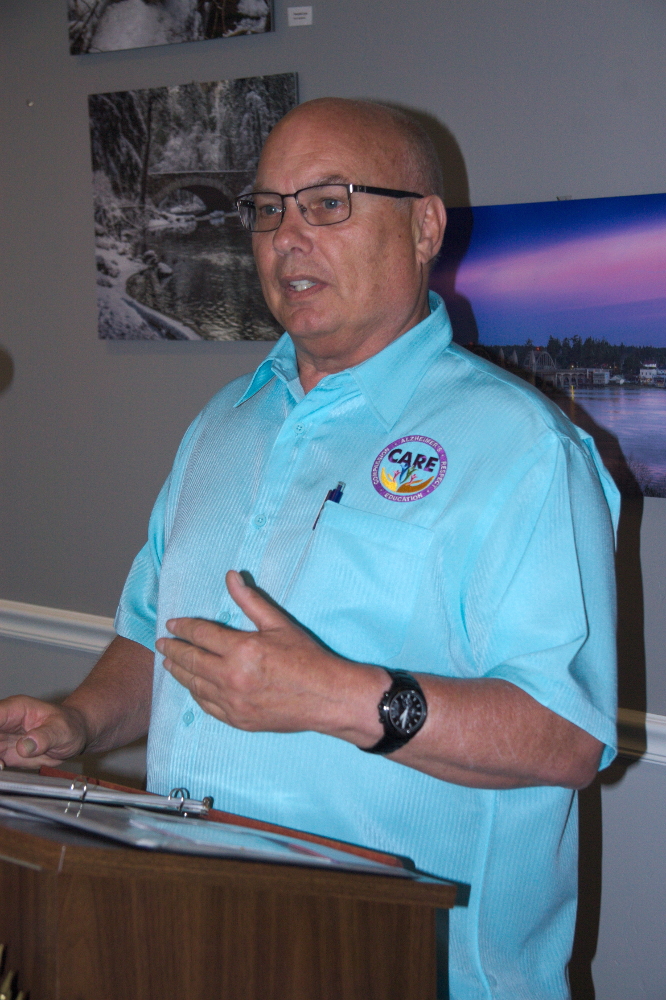