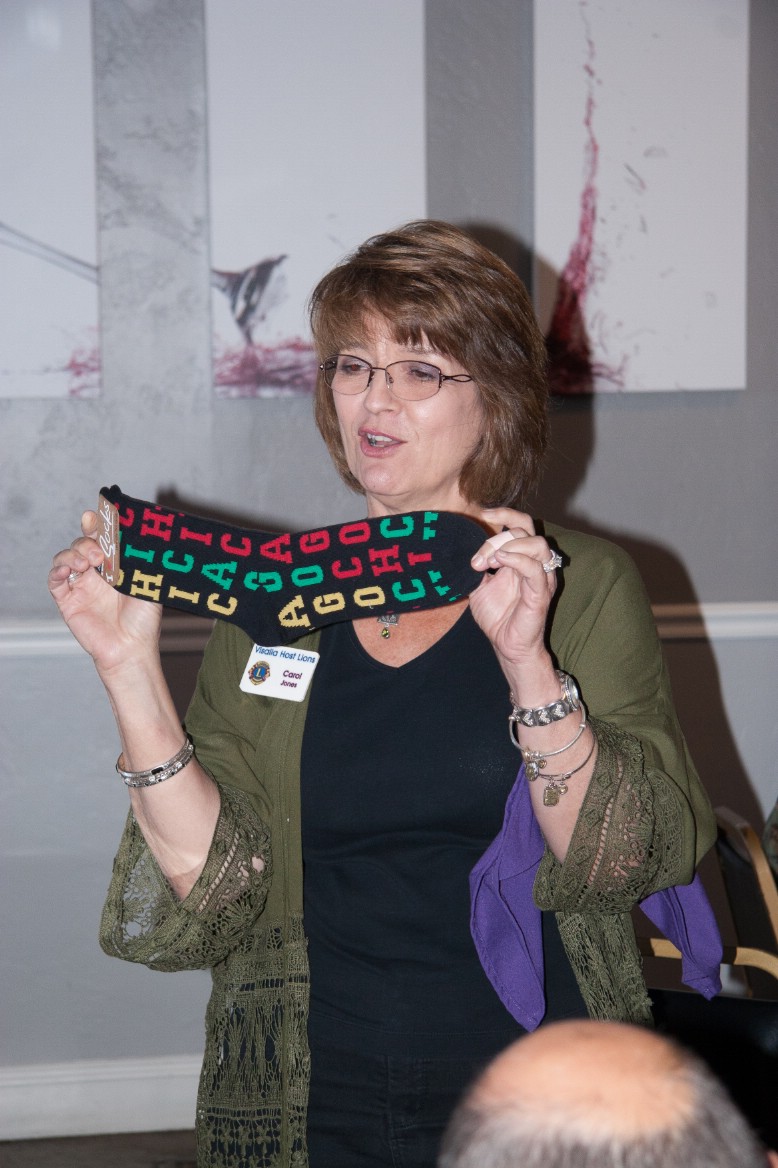 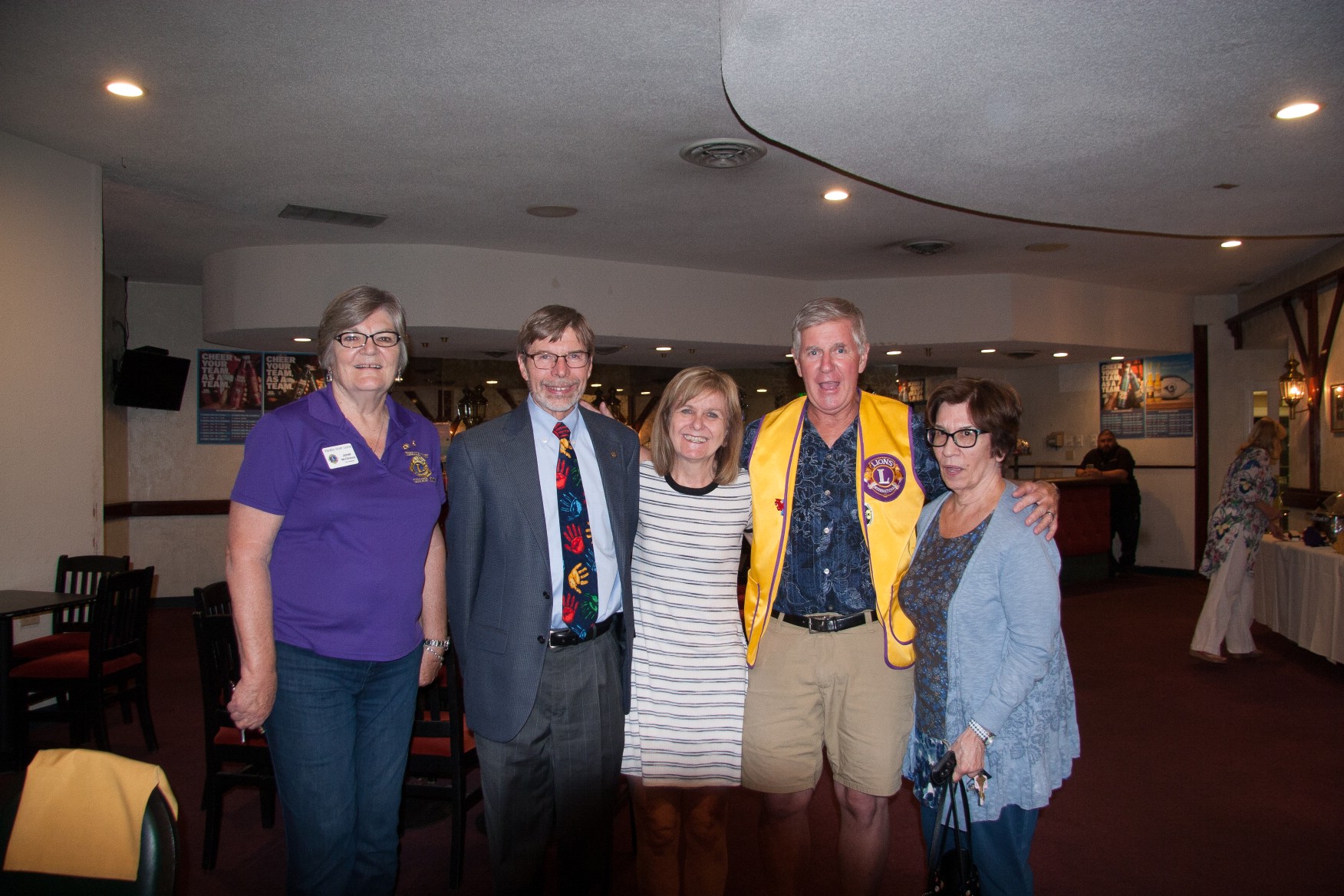 President Roy reported he and four other Club members had attended the visitation to the Charter Oak Lions Club -- They included Lions Janet McClintock, Craig Wheaton, Vicki Whitehouse, and Karen McVaigh.  President Roy also shared that the Club had received a Thank You letter from Family Services of Tulare County for Sponsoring their Purple Party fundraiser. President Roy also shared there will be a follow up golf committee meeting on Monday September 25th at5:30 at Buckman Mitchell Insurance Company.

Lion Tom Gaebe passed around a sign-up sheet for the Band Review.  The Band Review will be October 14th at Mineral King Bowl.

Lion Melinda Blankenship reported that the Club Fundraiser at Five Guys Restaurant was a great success. The Club will receive 20% of all proceeds from sales that were accompanied with the fundraiser flyer.  Lion Melinda also thanked Lions Ruth and Janet for accompanying her.

Lion Carol Jones auctioned off a pair of Chicago socks from her recent trip to the windy city.  Leo President Luis bought the socks for a donation of 11 dollars.

Lion Dee Baughman auctioned off a bottle of maple syrup from his recent trip to the east coast.  Lion Melinda bought the syrup for a sizable donation.

Lion Tom Link was happy that he was able to get three long lost Lions back to the Club for the week.

President Roy was happy with the success of the 5 Guys fundraiser and the Charter Oak visitation.

Lion Brad Board was happy with the success of the 5 Guys fundraiser, and happy that the Leos could join us for lunch.

Lion Carol Jones was happy with the success of the 5 Guys fundraiser, happy to be on her way to the beach, and happy that the Leos could join us for lunch.

Lion Vick Whitehouse was happy that Councilman Nelsen and the Leos could join us for lunch, and that Lion Carol had brought her back an umbrella from Chicago.

Lion Tom Link fined President Roy and Lion Rick McVaigh for not responding to his e-mail about the Charter Oak visitation.

Secret greeter Vicki also fined Lion for not shaking her hand prior to the meeting as required.

Lion Ed Jones won the five-dollar raffle and donated the proceeds to the La Sierra Leo Club.  He also won ther lottery tickets and the shot at the marble drawing, but failed to draw the elusive white marble.

Steve Nelsen provided an update on alzheimer's research, and tips on caring for the elderly with alzheimers and dementia.  He also answer questions about his work with the Downtown Association and the City Council. 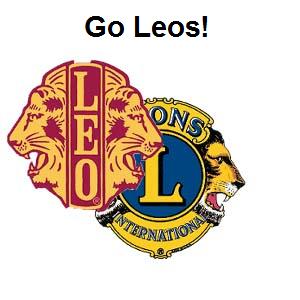