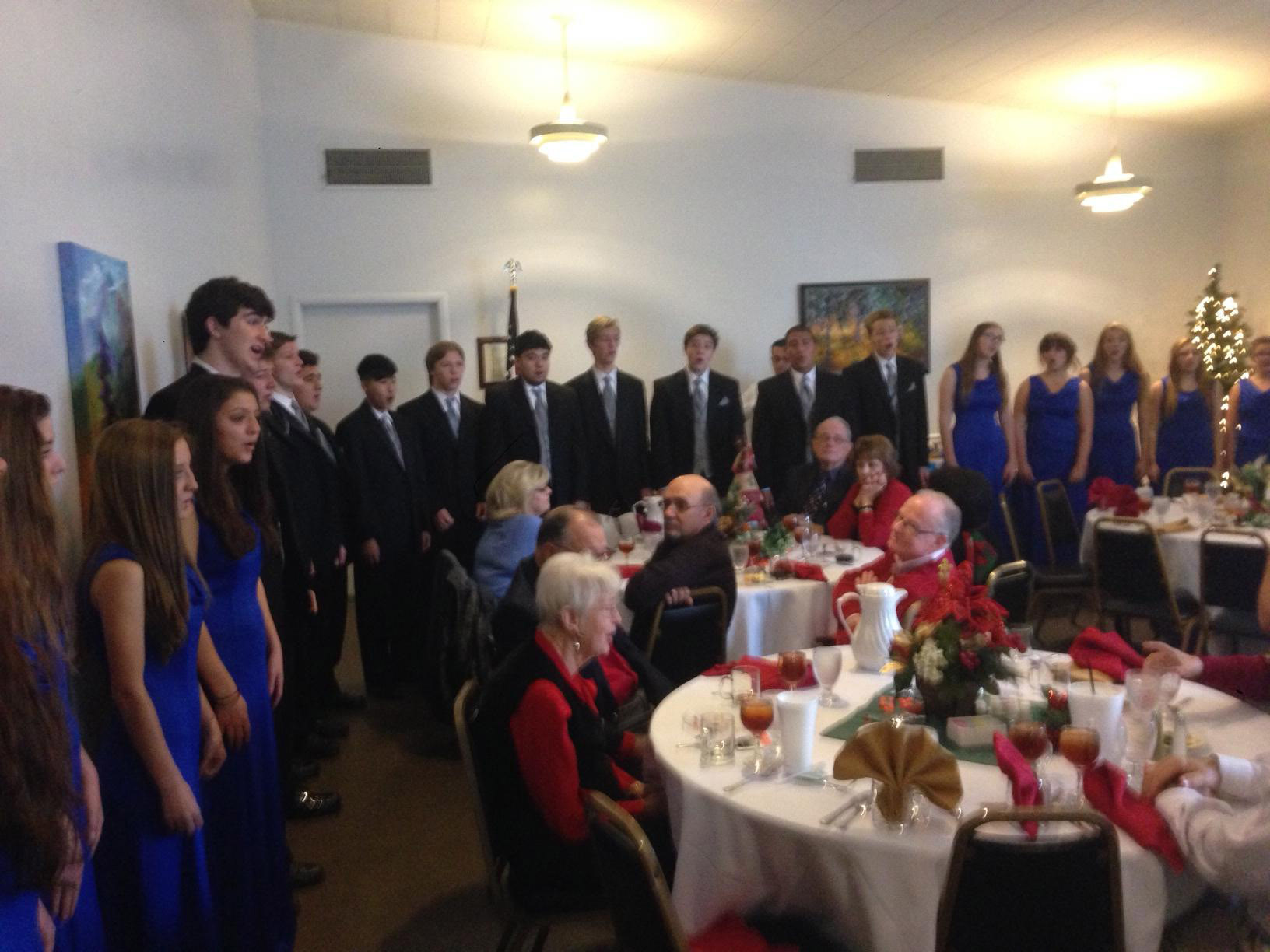 President Jamil reminded members of the club's social event of the season; an outing to the Tulare County Symphony Holiday Pops Concert on December 20th. The club purchased tickets for members -- tickets were also available for guests at cost.

Lion Janet McClintock provided an update on preparations for the Super Bowl Party for the Homeless, which is to be held on February 1st, 2015, Super Bowl Sunday, at the Visalia Rescue Mission. Assistance from volunteers will be needed.

Lion Allen Ventling reported that, with a little help from Lion Leigh Mosconi and Lion Rick McVaigh, 59 children had their eyes checked at a recent vision screening event at Ivanhoe School . This brought the total to 797 children for the year. Club members applauded Lion Allen’s yearlong efforts. Lion Allen also reminded members that they are welcome to attend the Christmas party for patients at Redwood Springs Nursing Home on December 24th.

Lion Tom Link auctioned off a delicious bag of Godiva Belgian Chocolates, which he brought back from a recent visit to San Francisco where he attended a Congress of School Board Members and Superintendents. Lion Melinda Blankenship bought the chocolates with a donation of $13.

A happy Craig Wheaton shared that a story about his daughter, who recently received a “RAVE” award from the San Francisco School Board for her efforts to continue to teach a child who was absent from class due to cancer, made the front page of the monthly district newsletter.

Lion Dee Baughman was happy for two of his granddaughter’s favorites, Buddy the Elf and Santa.

Lion Chris Baldwin was extremely happy with a very positive report from his son’s cardiologist.

Lion Howard Tesmer was happy that his wife had joined us for the Christmas luncheon.

Lion George Fry was happy that his wife was at the luncheon, and also that a movie was being made based on a screenplay written by his daughter.

Lion Melinda was happy that the view of the mountains was gorgeous, and that it was Friday.

Lion Pat shared that he and Lion Dee had attended a Lions club meeting in Three Rivers.

President Jamil was happy that the club had received a check for $2650, our share of the proceeds from the Visalia High School Marching Band Review and Field Show.

Lion Brad was happy that his daughter was bringing the Redwood Chamber Singers to the Luncheon to sing Christmas songs.

Lion Daryl was happy that caroling members of his church had dropped by his house the night before.