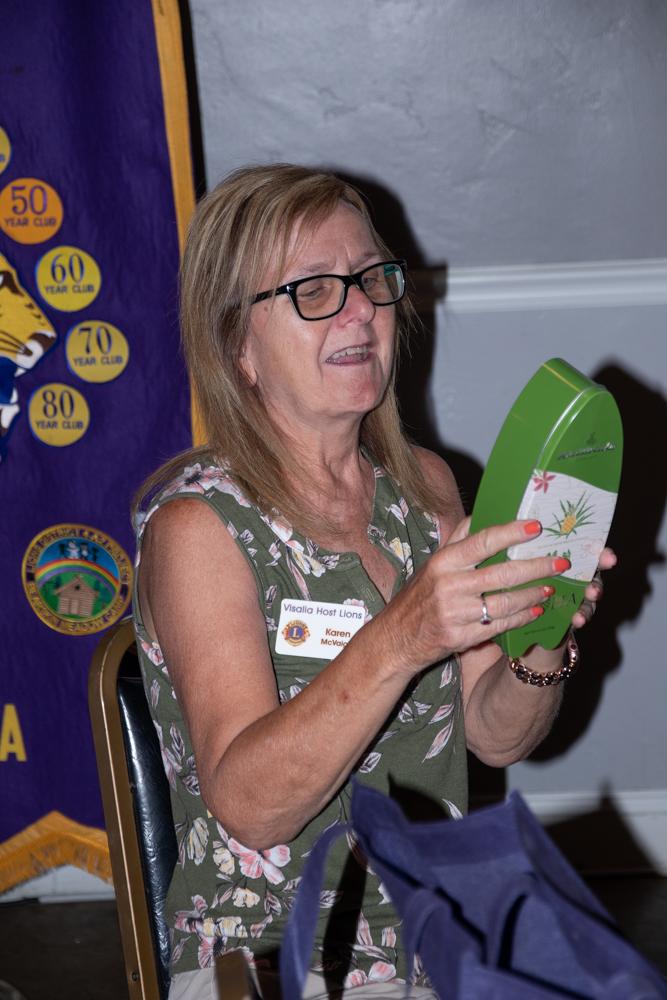 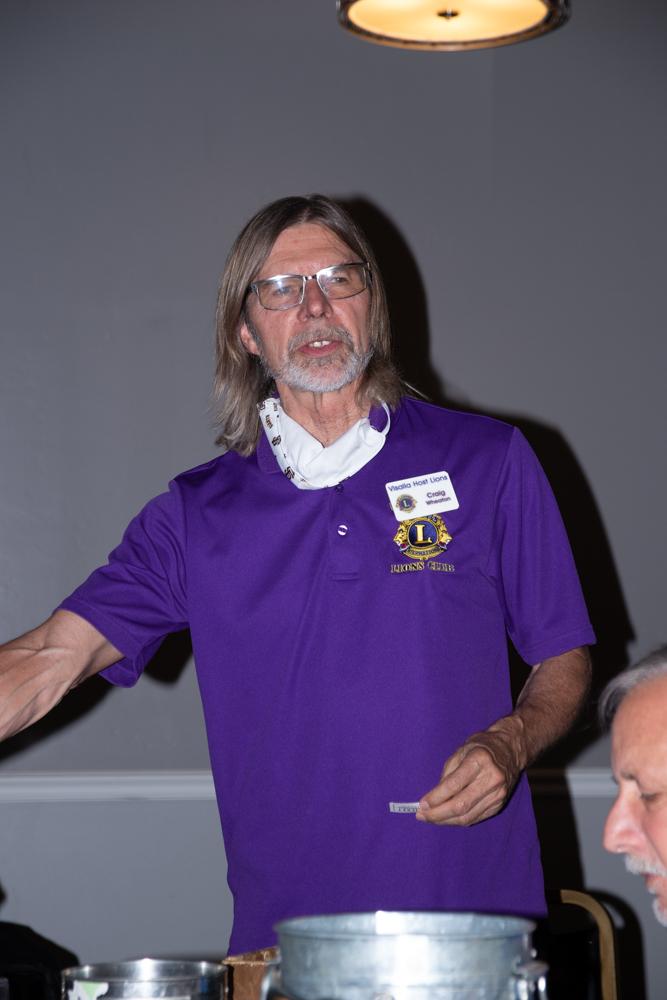 Lion President Craig, thanks for a job well done.

Lion President Craig brought our meeting to order today. It was the last time he would lead a meeting as president, his tenure being over next Wednesday.  Lion Craig called on Lion Jeff to lead us in the flag salute, Lion Bob Line to sing God Bless America, and Lion Dee to do the invocation.

We had several guests today, one was our program Brandon Gridiron, the youngest was Lions Steve’s grandson, Aaron, who will be starting the second grade in the fall and the other two were Lion Jeff’s daughters, Julianna and Kristen.

No fine: Speaking of Lion Jeff, he won the no fine badge.

Friday, July 2: yes, there will be a club meeting. Hope to see you all there.

Karen, who returned from a week in Hawai, auction cookies that were in a surfboard tin. They went to Jeff, who paid $20 for them.

Lion Dee was happy that the Giants were in first place in the national league west and that the Dodgers had been no-hit the night before.

Lion Pat was $5 happy that the San Diego Padres had swept the Dodgers.

Lion John Parker was $5 happy that he was going fishing at June Lake on the eastern side of the Sierra,  and part of the $5 for a trip to Oregon where he saw his granddaughter play softball on an all-star team.

Lion Dee had another happy buck for a back operation that has finally been scheduled for July 9th.

Lion Jeff was happy one of his daughters turned 10 and also that the Padres swept the Dodgers.

Lion Pete had a dollar because he said all the Giants fans in the room should be happy that he was not going to go to any more Giants games this year. The one he did go to the Giants lost the only game of that homestand.

Lion Allen was happy the Red Sox were in first place in the American League East. He was also happy for the gift that Lion President Craig had given at the installation dinner, a key chain that Allen was putting to good use, plus, he was happy his brother had not been hurt when he hit an Elk on his way back to California from someplace north of us.

Lion Pat was happy that Lion Allen was happy about the Red Sox.

Lion Craig was happy that he saw his kids on Fathersday, that the Giants had the best record in baseball and that he was going to the mountains.

Lion Roy was happy that he was back to the gym at Leo Costa’s G-Fit Plus after more than a year off.

Lion Pete fined your roar editor for his phone going off earlier in the meeting.

Lion Pat fined Lion Allen for not having a happy buck for something. (sorry, not sure what it was)

Secret Greater: Lion Bob Line, who got several people for not shaking his hand.

Lion Bob also won the $5 drawing and promptly gave it to the Leo club.

Brandon Gridiron (yes, as he said, his real last name is Gridiron and yes, he did play football in high school and college) was our speaker today. He is the Visalia Unifieds administrator of equity and student services.  His talk today was how the VUSD was working to make each and every student who is in the system have the same access to learning and services.

Visalia Unified School District’s administrator of equity and student services, Brandon Gridiron talks about the district’s efforts in making sure every child has equal access to services and is treated equally. 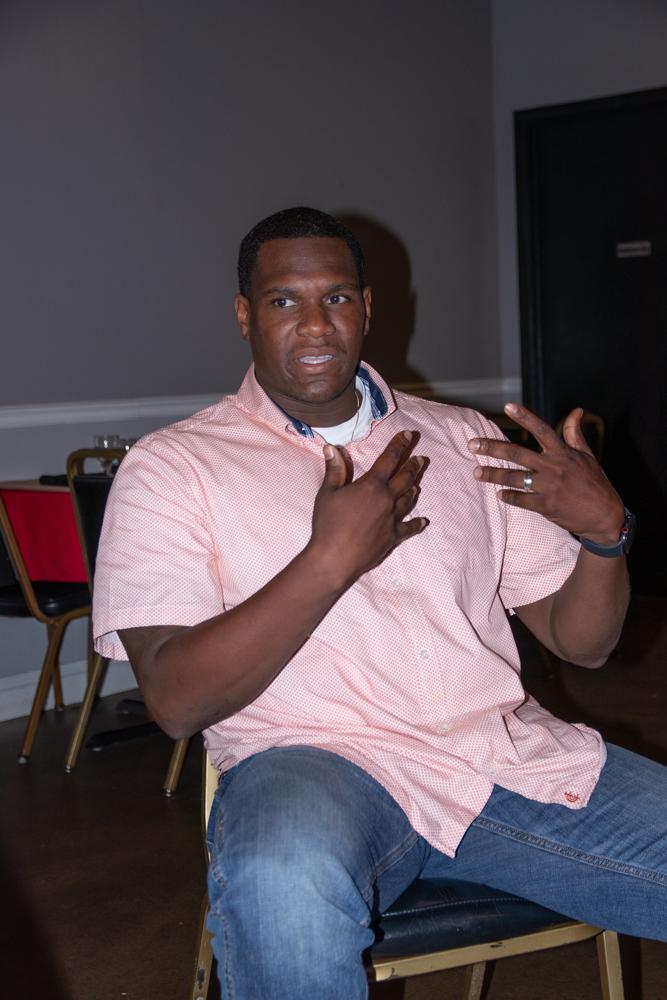 Lion Dee won the Free Add for the second week in a row.