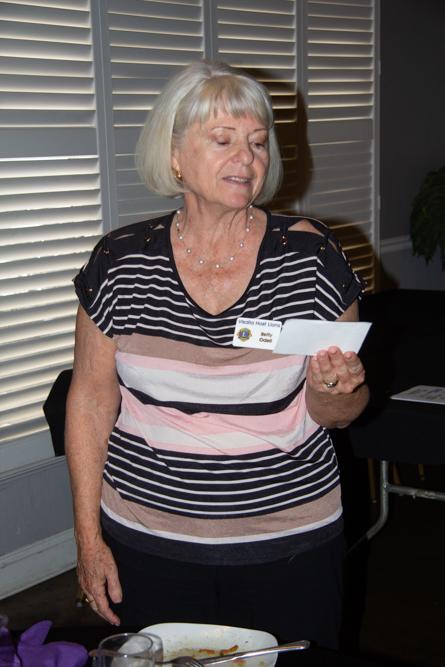 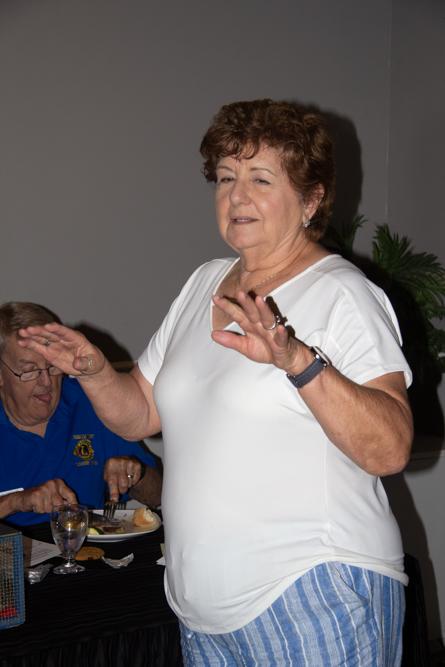 New Member Lion Elaine Dias give us a little info about herself.

Lion President Tony led the meeting today and called on Lion Steve to lead us in saluting the flag, Lion Bob Line to lead us in singing God Bless America, and Lion Aaron to do the invocation.

Secret greater: Lion Betty, who was able not to shake some hands and earn some money for the club.

New member, Lion Elaine Dias gave us a little information about herself in her introductory speech. She was raised in Goshen, graduated from Mt. Whitney, and is retired. She wore her badge upside down, as all new members do until they attend a board meeting, for only a little over an hour, as we had a short board meeting at the end of today’s meeting.

Today’s guests were a former member and former president (2013-14), Lion Jamil Nushwat, who rejoined the club (welcome back), and his guest and fellow attorney Andrew. Our Mayor Steve Nelsen was also with us today as our program. Also with us today was Lion Justin.

Lion Allen announced that the club raised $180 for Goshen school at last Wednesday’s evening meeting and that it was used to buy lots of learning accessories for the kids at the school. We also did a vision screening at the school last Tuesday where we screened 48 kids and refired 11 of them for eye exams.

Lion Jamel was happy to be back with the club and happy that he recently got married a few weeks ago.

Lion Dee was happy to be back at the club after a few weeks away because of back surgery. He said he was doing better.

Lion Brad was happy that his wife, who has had some issues with cancer, had surgery on Monday and now will have a few rounds of Kemo. Here’s hoping things go well, Brad.

Lion Betty was happy that the mayor was with us today.

Lion Roy was four dollars happy, one for each game the Dodgers won over the Giants the past weekend.

Lion Justin checked in with Lion Vicki, and she is doing well.

Lion Tom Gaebe was happy that Lion Vicki was doing well and that Dodger Cody Bellinger had just hit a grand slam.

Lion Allen was happy that the vision screening had gone well on Tuesday and happy to see Lion Jamil and Lion Justin were here today.

Lion Elaine was happy to be with us today.

Lion Roy fined Lion Jamil for using his phone’s flashlight at the table to help him fill out his membership forms.

$5 went to Lion Dee, who donated it to the eye foundation.

Lion Pete drew for the coveted white marble but came up with a yellow one.

Visalia Mayor Steve Nelsen, who we found wears many hats and sits on several boards, was our guest today and had plenty to talk about, including some of the things going on downtown, water, and flood insurance. Always an interesting program when the mayor is with us. By the way, we need programs. If you know of someone who would be interested in talking to our club let Lion Brent know:  brobinson@moneyconcepts.com 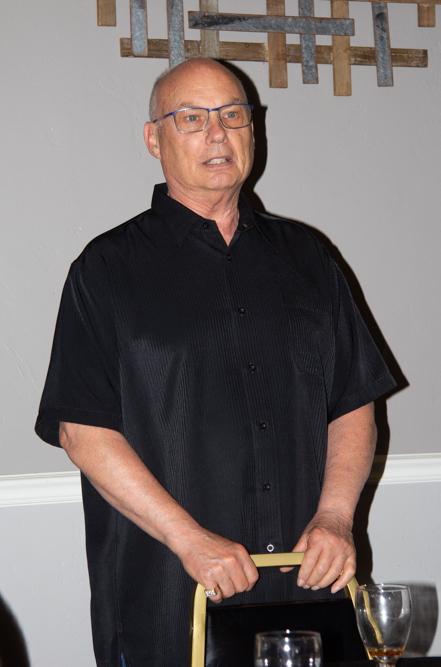 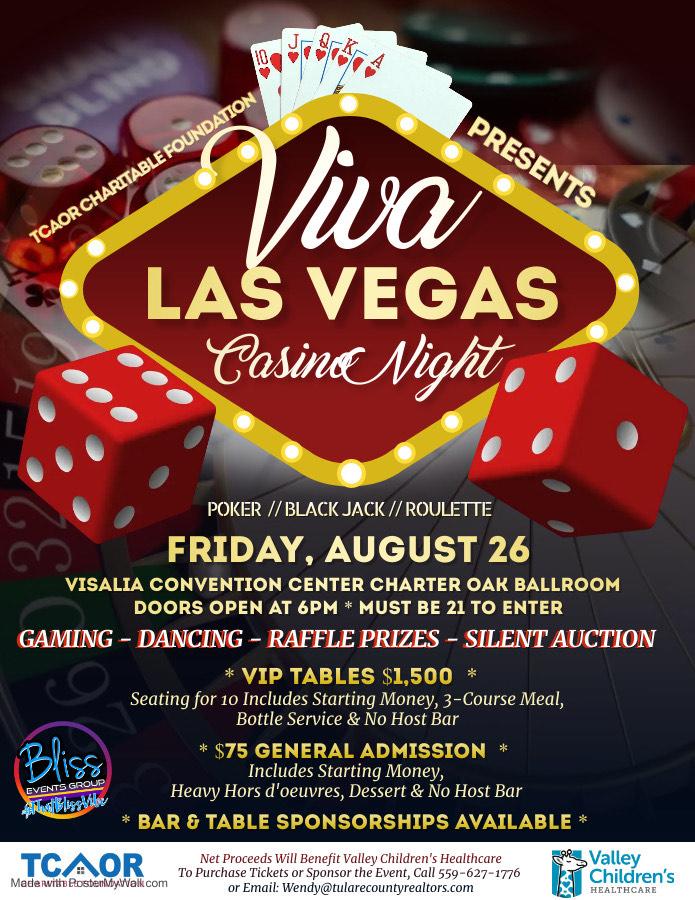 Lion Miriam wanted to let all Lion know about the Casino Night the Tulare County Association or Realtors is having on August 26th to benefit Valley Children Hospital.