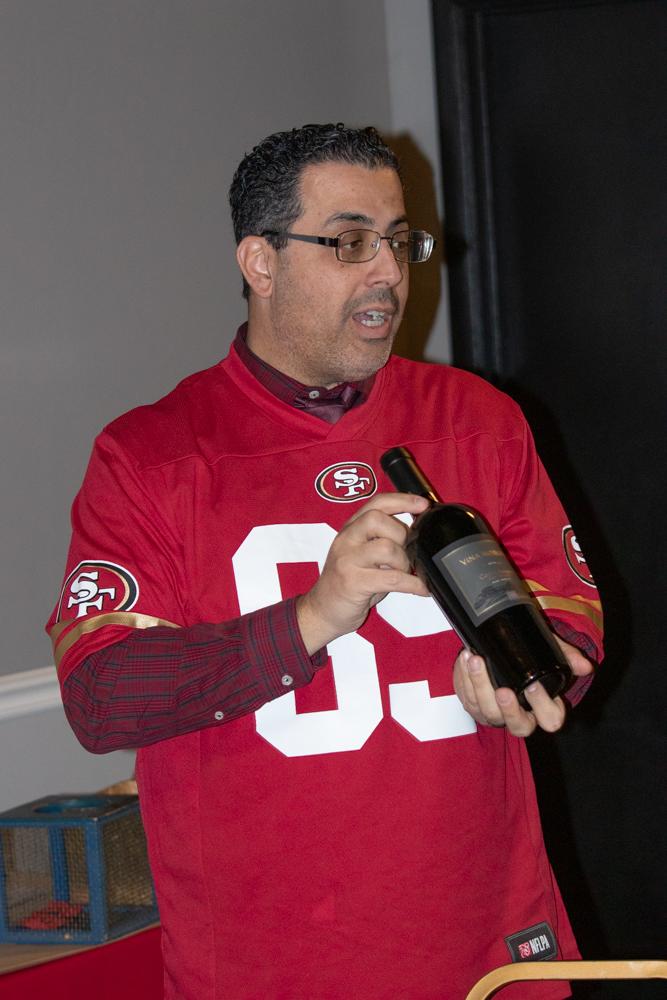 Lion Jamil auctions off a bottle of wine. 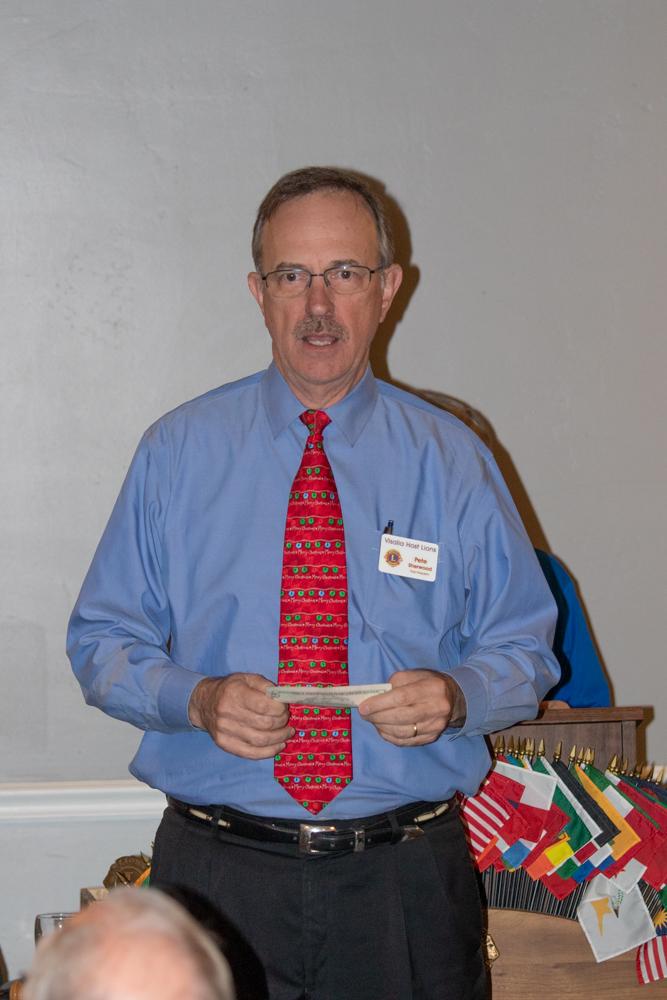 Our annual Christmas meeting was well attended today by both members and guests. Lion President Tony called on Lion Pat to lead us in singing My Country Tis of Thee, Lion Bob Line to lead us in saluting our flag, and Lion Jamil to do the invocation.

Lion Pete was our secret greater today, and while his father-in-law Lion Bob Line, had not shaken his hand, he was not able to fine him because Lion Bob held the no fine badge, so the only person he was able to fine was Lion Tom Link.

Lion Pete, a former board member of Visalia Emergency Aid Counsel, presented our club’s $1000 donation check and over $800 in cash that we as a club donated today to our guests, VEAC Executive director MaryJane Jennings and Development Director, and fellow Lion Iris Feaver.

Lion President Tony gave our server, Daniel, his yearly “tip” that had been collected both last week and this week. Daniel has been our server all year.

Lion Allen announced that Visalia Post Acute (formally Redwood springs) would have their annual Christmas gift giveaway (gifts purchased with the club’s $500 donation) this coming Wednesday, the 21st, at 10 am.  Come on out and help give out the gifts to the residents; help brighten their day.

Lion Jamil had a bottle of wind from Paso Robles that he auctioned off and was purchased by Lion Pat for $30.

Lion Betty and Aaron had been to Palm Springs and Arizona and had some chocolate that Lion Pete purchased for $10 and a Light Jar that they bought at a craft fair, purchased by Lion Pat for $15.

Lion Brent had been to Florida but failed to bring back auction items, so he donated $20.

Lion Roy, whose wife Javonna was a guest today, was happy that their recent solar install was turned on and working this past week and for all the guests and members today.

Lion Leigh was happy to see Lion Jamil with us today.

Lion Tom Gabie was happy that his alma mater, USC’s football team, had the Heisman Trophy winner this year and that two weeks ago, he went to a USC Notre Dame Game in SoCal and was able to get on-field passes.

Lion Pat followed up Lion Tom’s happy buck by remembering a time he had a friend get him tickets on the 50-yard line at a Berkley football game.

Lion Jamil sent a Merry Christmas message from Lion Justin and was happy that the San Francisco 49ers had been playing well of late.

Lion Tony was happy to see everyone with us today.

Lion Allen was happy to see Lion Iris and MaryJane from VEAC, and all the wives with us today.

Lion Dee fined Lion Tony because Dee’s quartet recently sang at the Three Rivers Lions club, and their president is much prettier than our president Tony.

$5 went to Lion Jamil, who donated it to the “one thousand lawyers at the bottom of the sea foundation”- well, no, actually, the Lions eye foundation.

Lotto tickets and the marble drawing both went to Lion Tom Gaebe. Lion Tom came up short on the marble and had no word on the lotto. 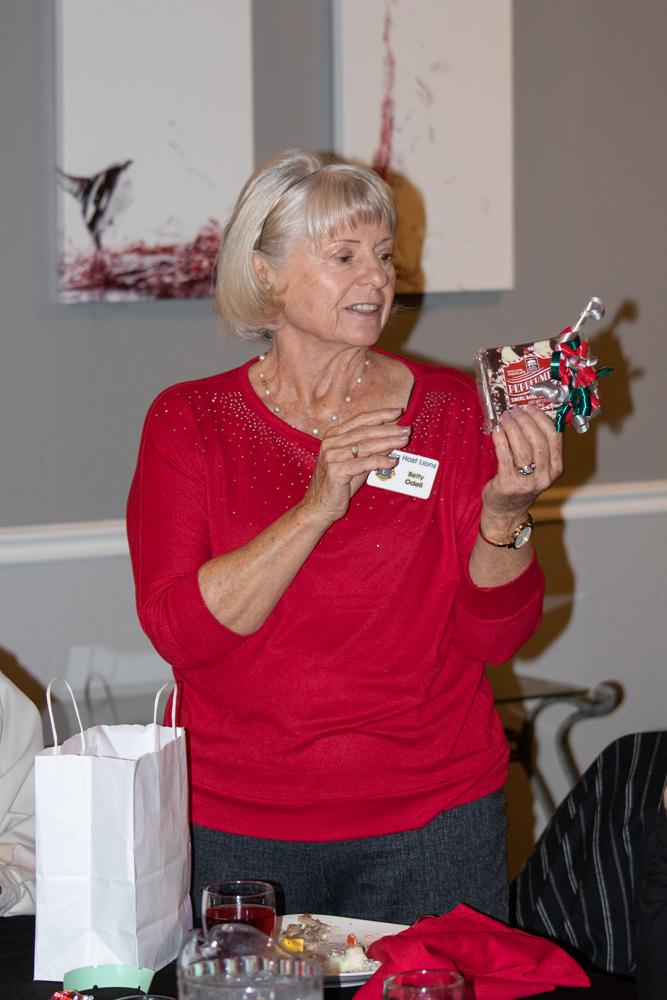 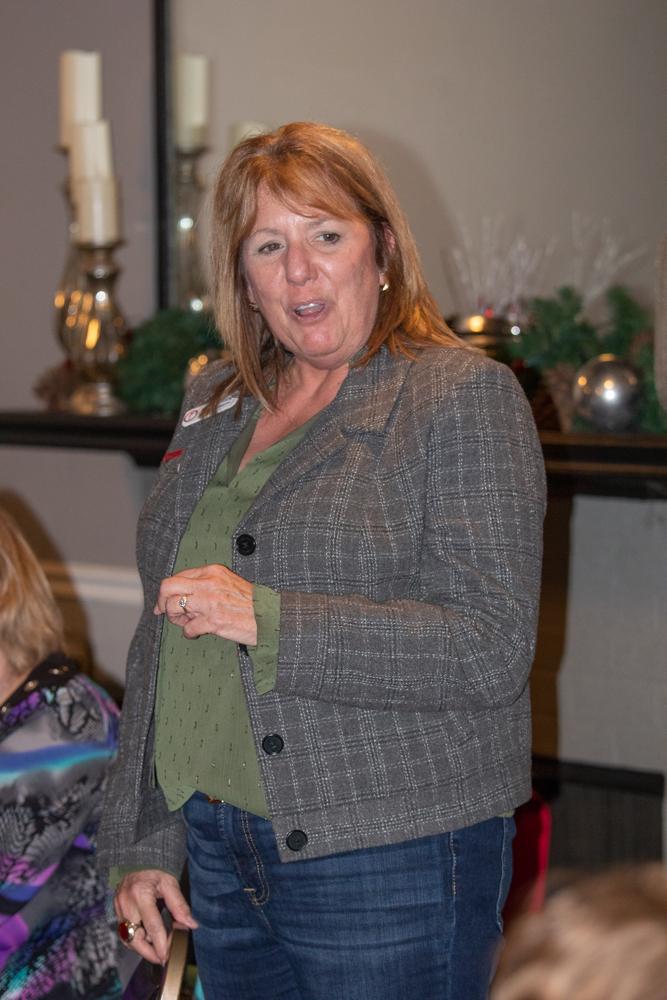 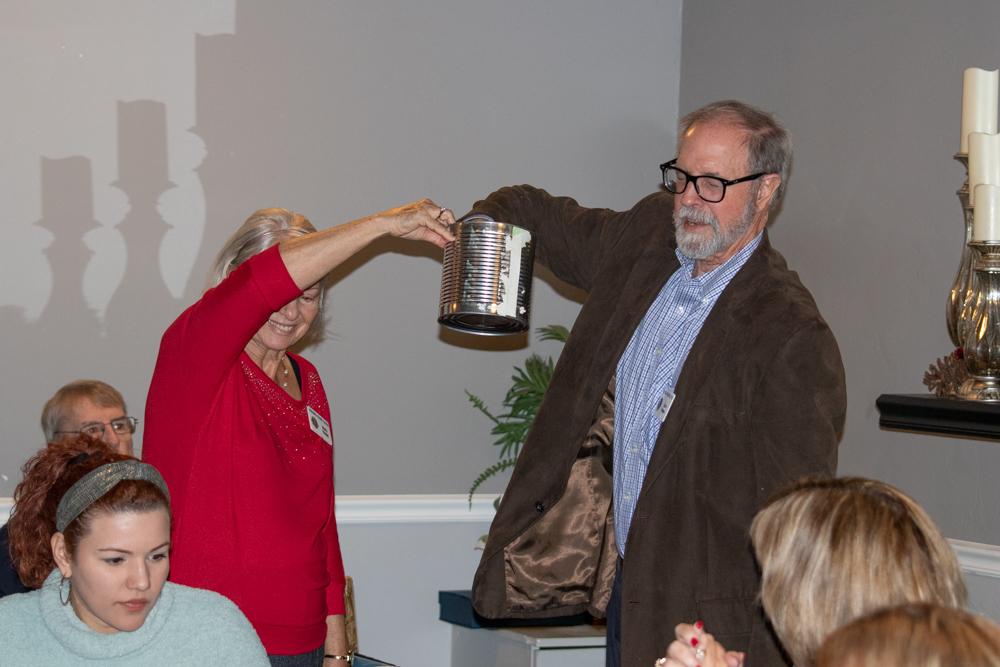 Lion Tom Gaebe draws for the white marble but does not get it. 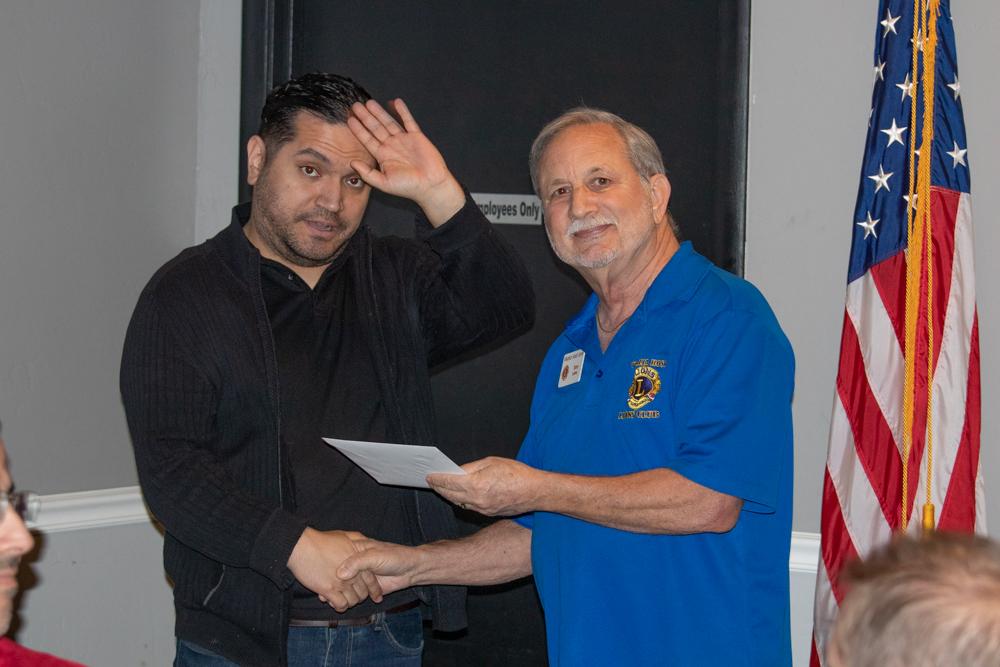 Our server Daniel thanks all of us for the tips we gave him for doing such a great job all year.

This year, Lion Dee’s quartet, Some Assembly Required, was our entailment. Here are some photos and a short video of them. Thanks to them all for the fun program they provided.  You can click on the photos for a larger view and click on the video. 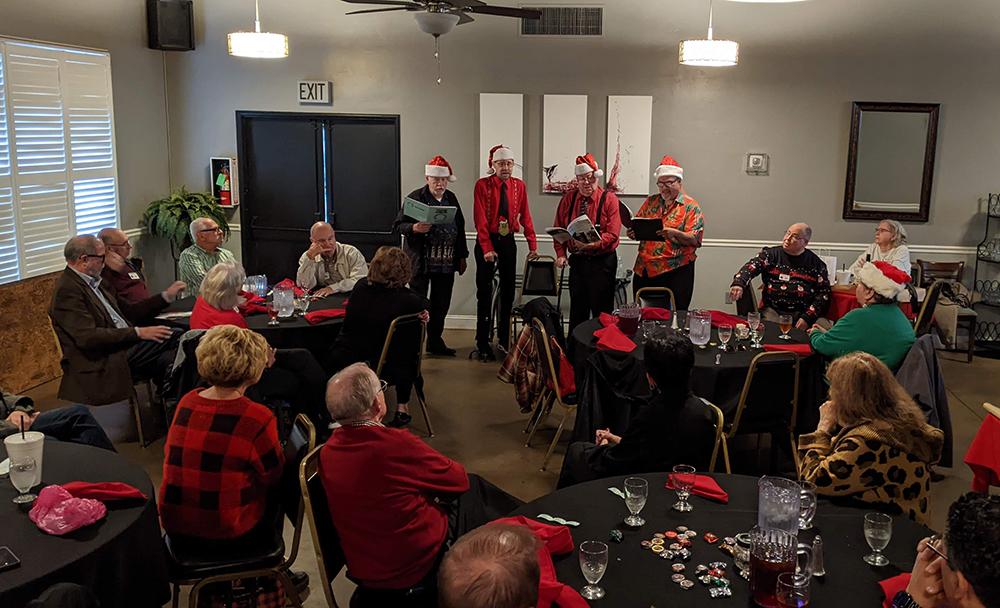 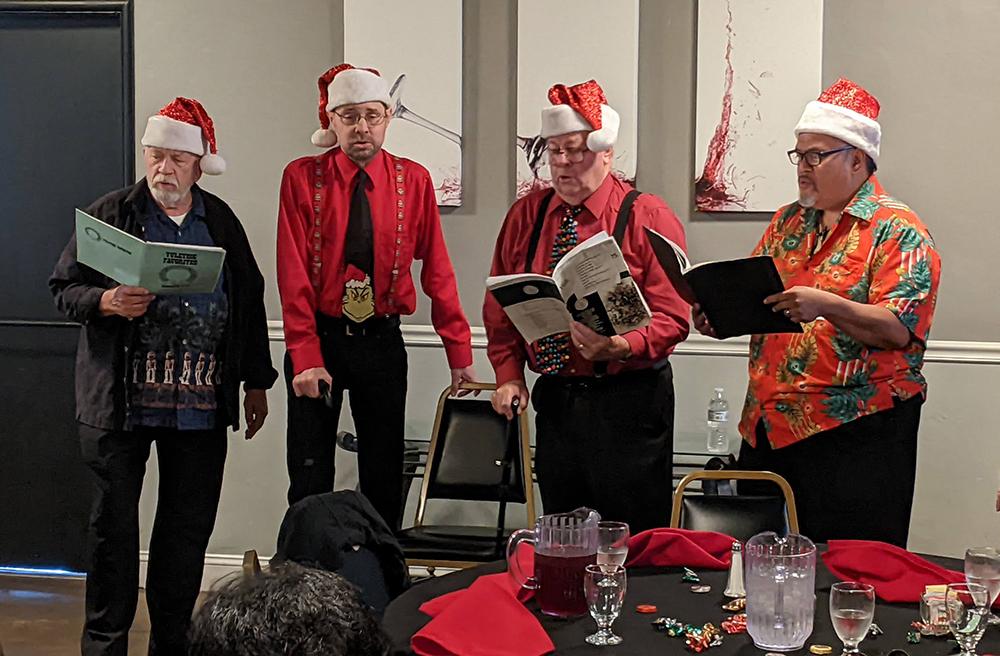 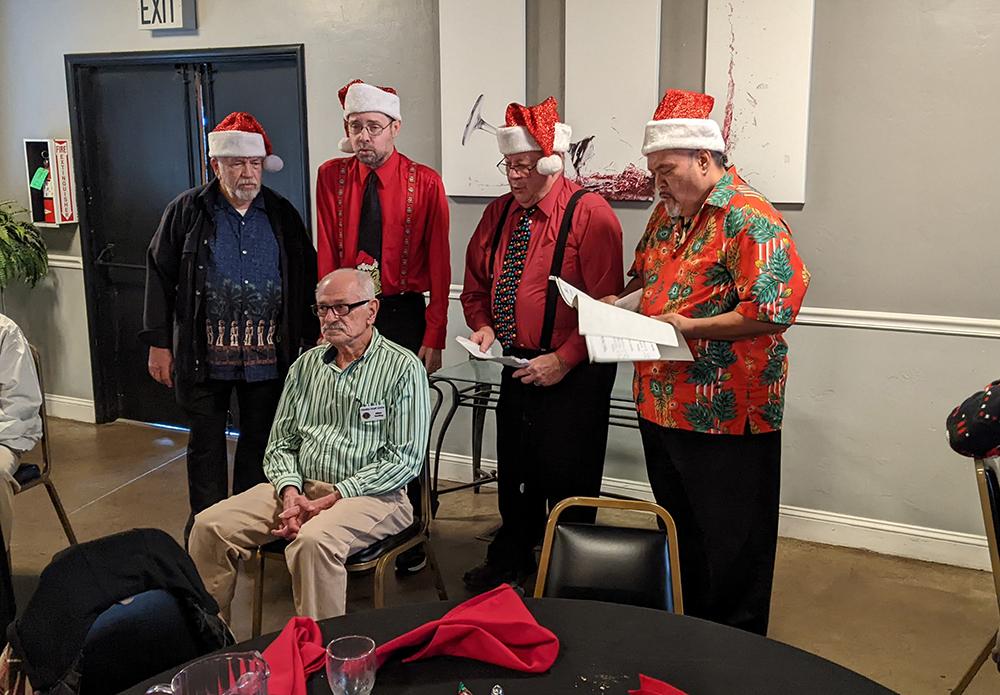 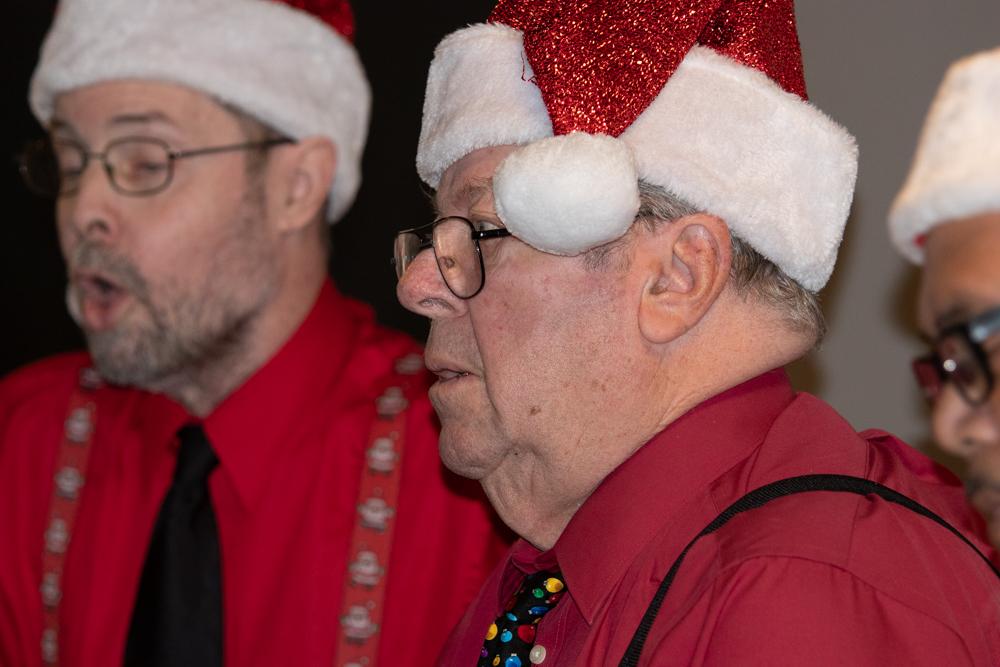 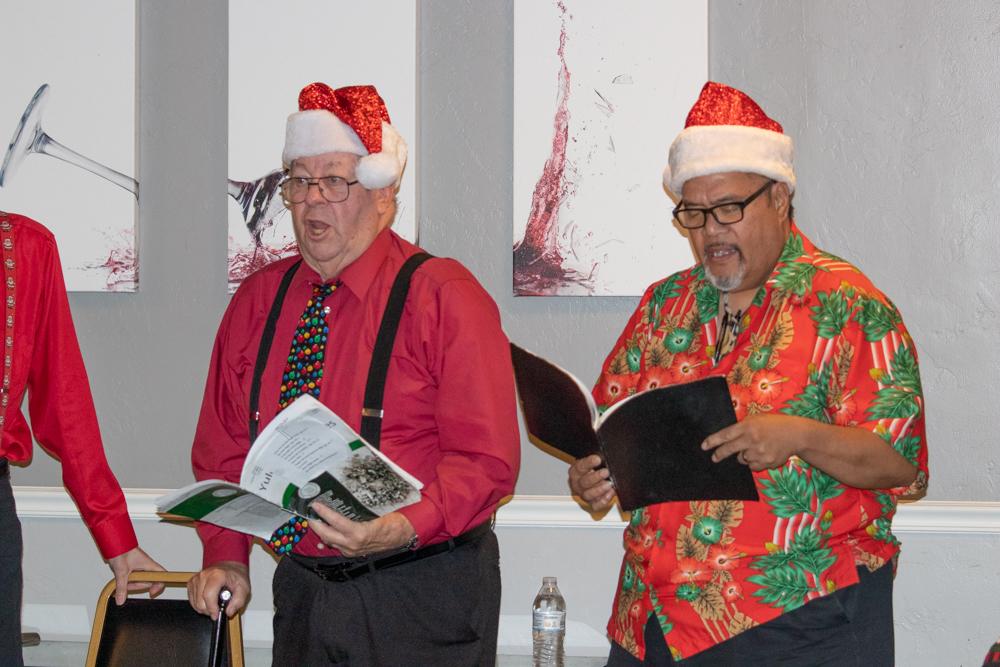 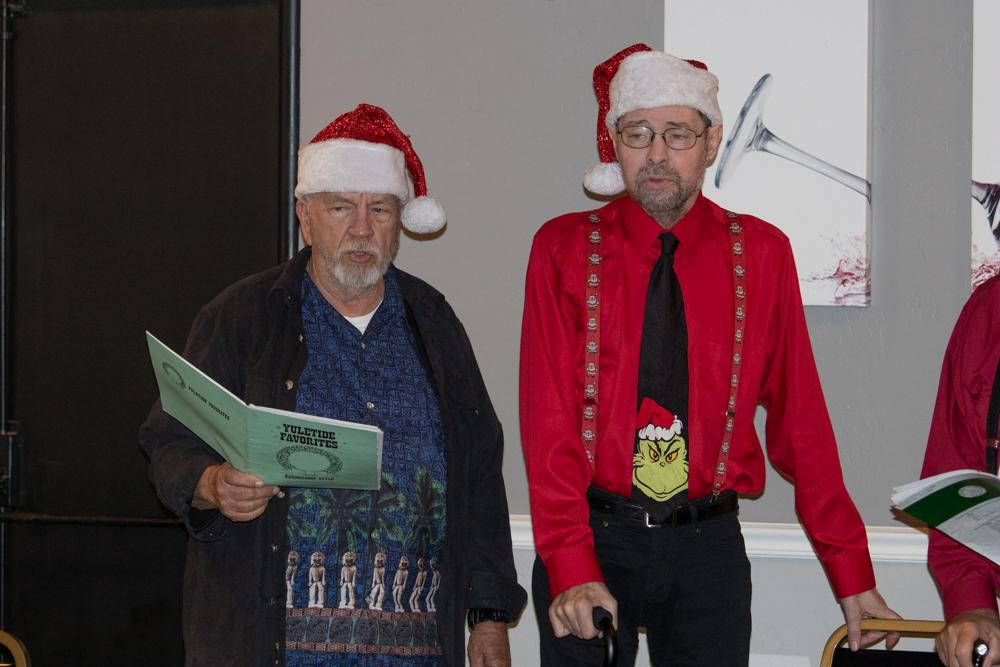 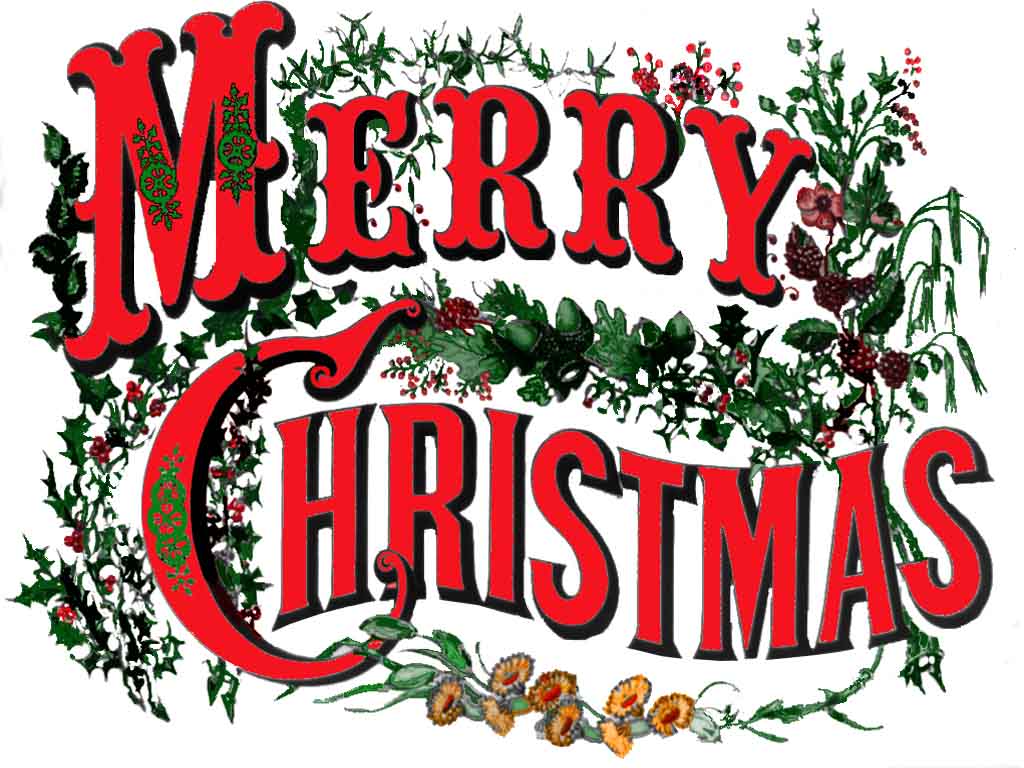