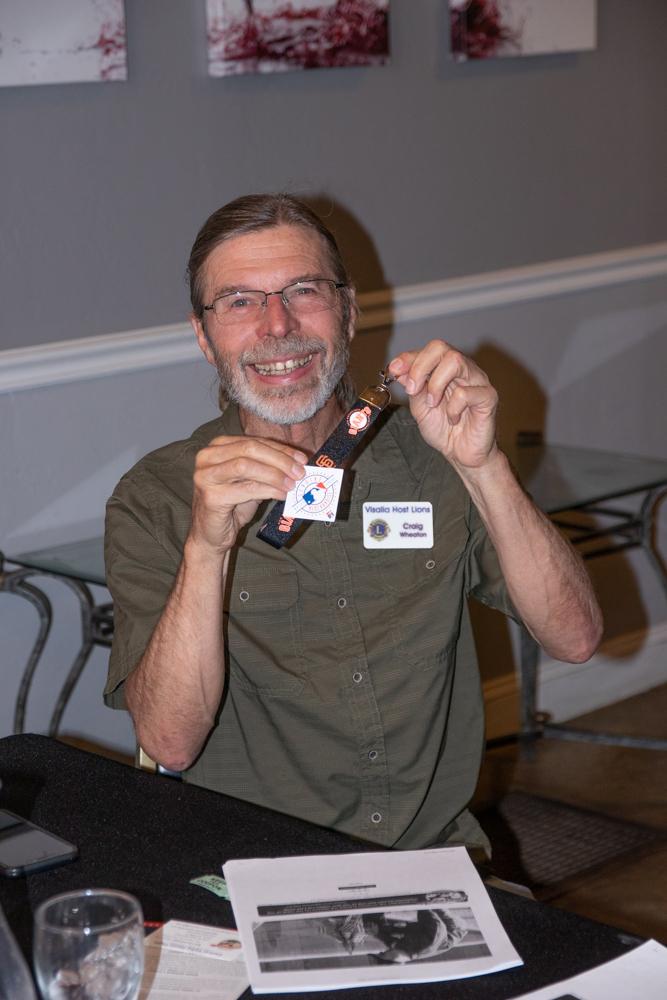 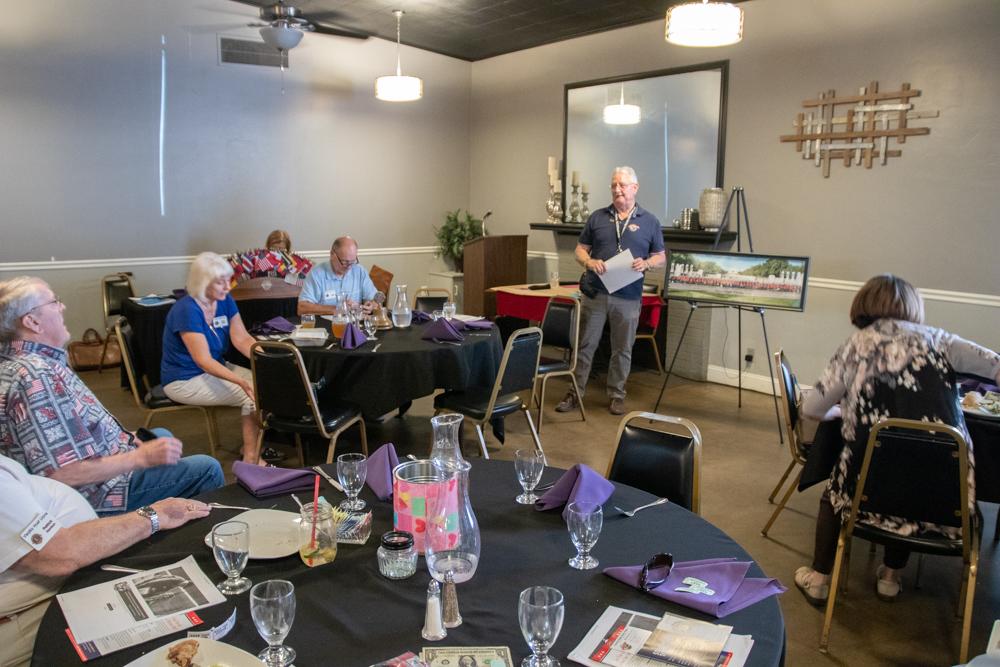 Lion president Aaron called on Lion Pat to sing My country Tiss of Thee,  Lion Brad to do the invocation, and first lady Lion Betty to lead us in saluting the flag.

The secret grater today was Lion Craig, who was so popular the only person who did not shake his hand was Lion Tony, and he had the no fine badge.

Lion Aaron announced that the district had collected over 1,500 lbs of plastic bags in the effort to make benches. There is still time to bring your bags to the next club meeting for this project.

Lion Karen auctioned off that SF Giants Keychain she had last week, the one that didn’t sell. Today it was purchased by Lion Craig for $10.

Lion Pat was happy that his housekeeper helped him go through his mom’s stuff and clean his office up. He was also happy his grandson hit a triple and stole home in a LL game.

Lion Pete spent some time at Shaver lake last week and had a great time. He also had a happy buck for the fact that the phone call from the alarm company that he got at two in the morning this week was a false alarm. A moth or something had triggered it. He was also happy that baseball season has started.

Lion Allen was also happy baseball was back.

Lion Craig was happy that he got in one last day of snow skiing this week, and that baseball was back. He was also happy because he booked a hiking trek in Nepal for November.

Lion Pat was $10 happy that Bill Goodreau was with us today with the honor flights. He has had a couple of friends that had gone on one of the trips.

Lion Vicki was happy that her husband was doing well and that Bill was with us to talk about the honor flights.

Lion Roy was happy for the warm weather today (96) and for the fact that Bill had stepped in at the last minute to be today’s program.

Lion Allen fined Lions Aaron and Steve for not noting this month’s Birthdays. He was informed that there were no club members born in the month of April but he said his fine still stood because they should have mentioned that fact.

Lion Vicki fined herself for forgetting her and her husband’s 54th wedding anniversary.

Lion Pat fined himself for falling out of bed and cutting his arm. He has had it happen before and has not figured out the issue. “Gard rails,” someone said.

Lion Vicki tried to fine Lion Tony for telling her he couldn’t go somewhere because his wife, Nancy, had him all tied up that day. Lion Vicki said she had visions that were not safe for work or Lions club. She had to pay the fine because Lion Tony had the no fine badge.

$5  Lion Karen, who donated it to the Lion Eye Foundation.

Bill Goodreau from Central Valley Honor flights was our program today. The Honor flights take veterans to Washington DC to visit the war memorials at no cost to the veterans. They have been doing this for many years but because of COVID have not been able to go for over two years. Next month will be their first flight in over two years. 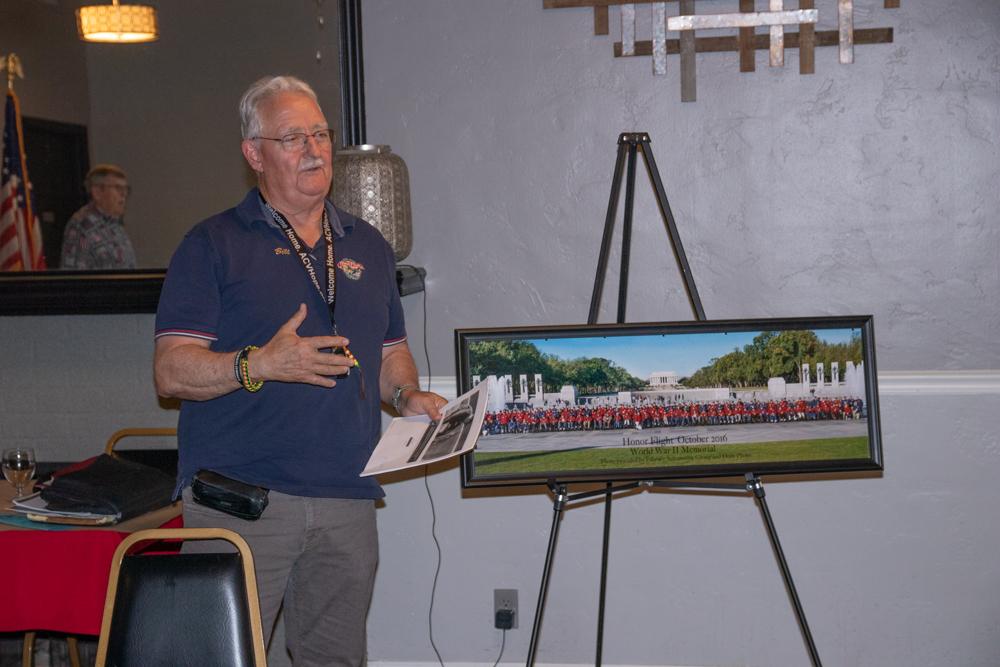